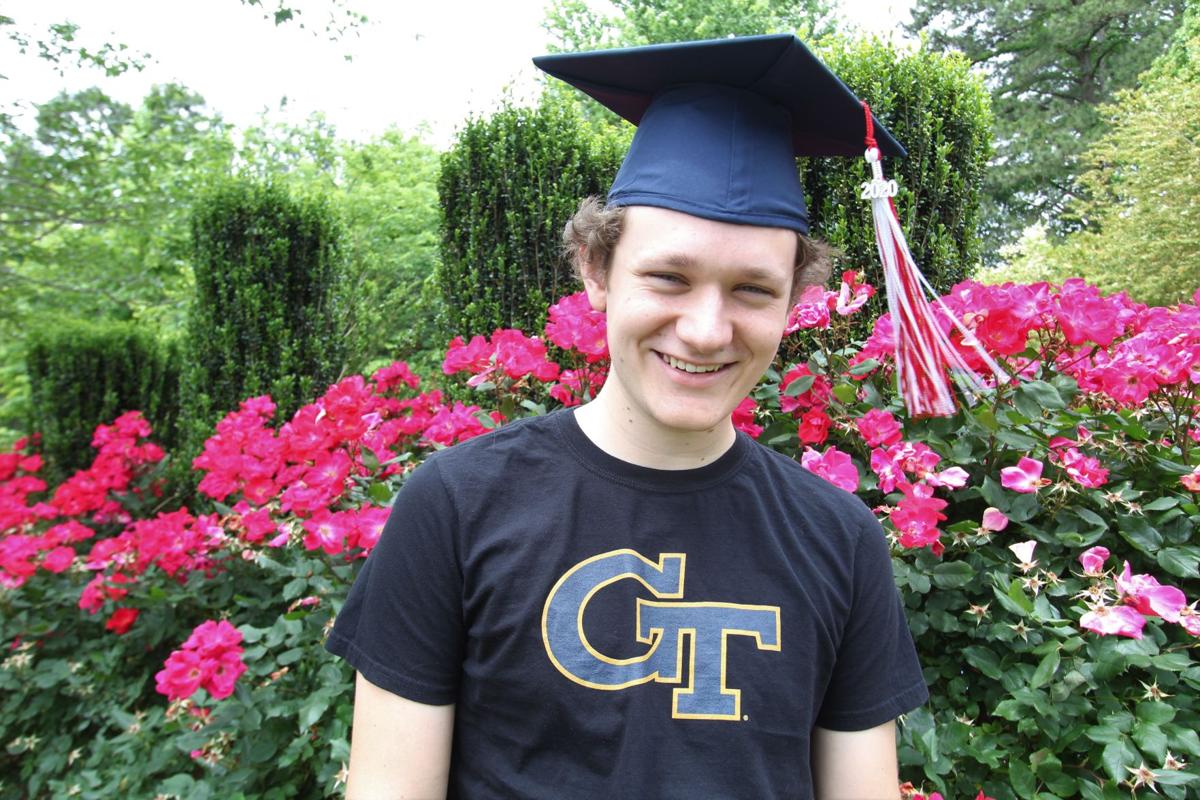 Cade Jones is graduating from Walton High School with a 4.6-plus GPA and is headed to Georgia Tech to major in biology. 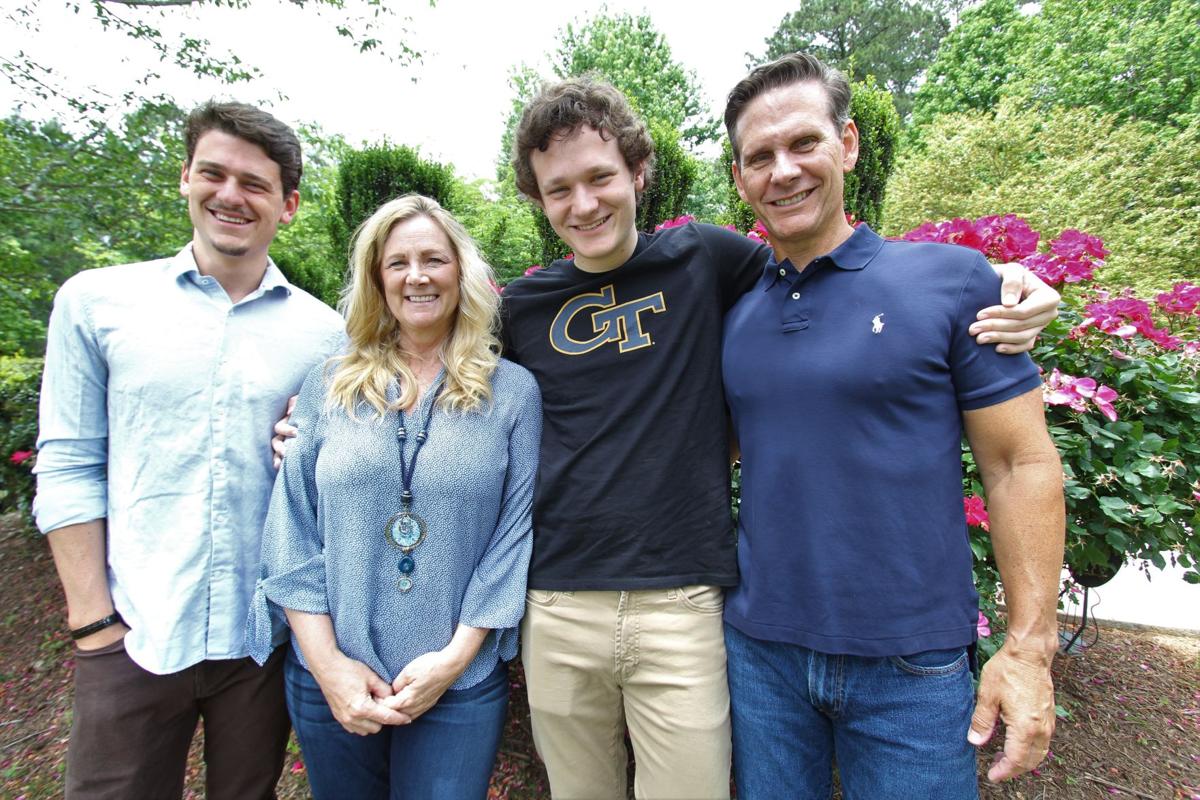 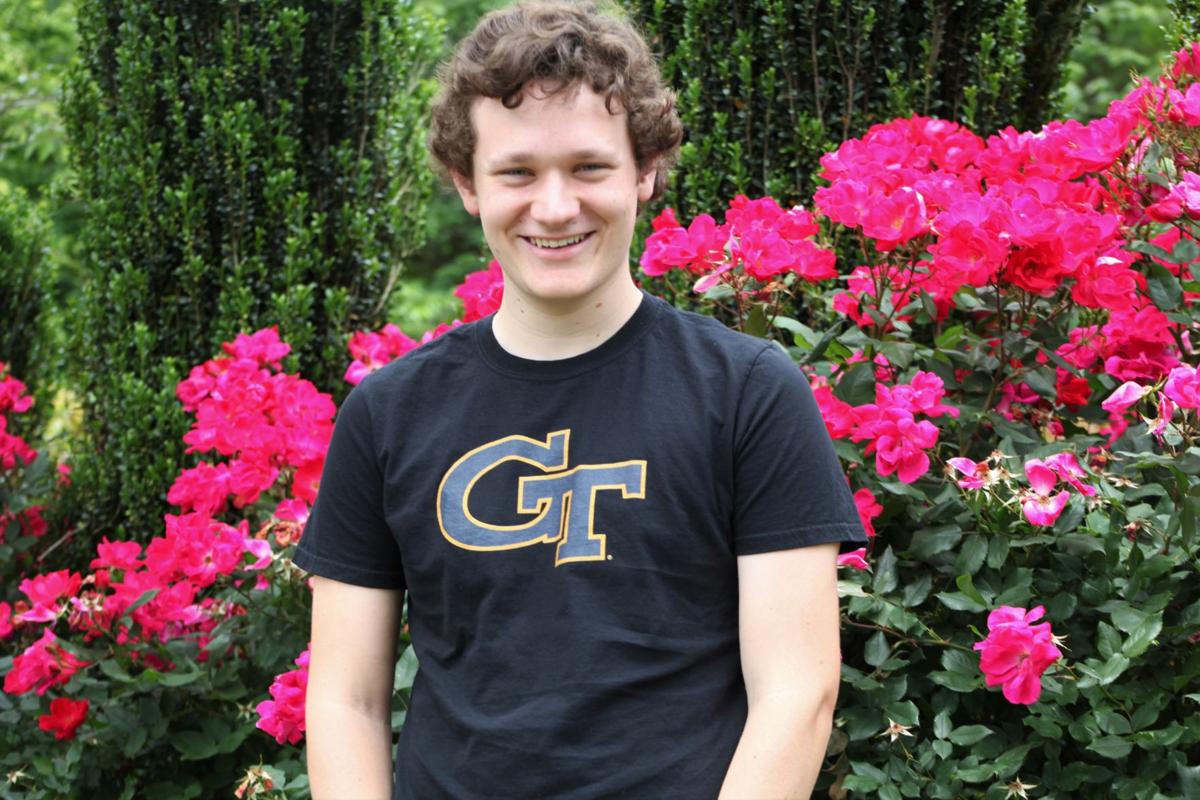 Cade Jones is graduating from Walton High School with a 4.6+ GPA and is headed to Georgia Tech to major in biology.

Cade Jones is graduating from Walton High School with a 4.6-plus GPA and is headed to Georgia Tech to major in biology.

Cade Jones is graduating from Walton High School with a 4.6+ GPA and is headed to Georgia Tech to major in biology.

Editor’s note: This is story is part of a longstanding annual series in the MDJ spotlighting the county’s best and brightest as they graduate high school. The recognition takes on new meaning with the loss of many senior activities due to the coronavirus pandemic.

EAST COBB — Most stand-out high school academics will tell you they’ve spent many a late night or early morning studying for exams or placement tests, but not Cade Jones.

“I never really stressed too much over it. I just kind of did what I needed to do — I focused a lot in school. A lot of my studying just came from listening to my teachers in class, and of course after school doing homework and staying up to date,” the graduating Walton High School senior said.

Jones, who took 12 advanced placement courses in high school and finished with a GPA over 4.6, said he started slow, just taking on his regular course load in his early years of high school.

By the time he reached the end of his senior year, Jones had assumed the role of vice captain of his school’s Science Olympiad team, joined the National Honor Society as well as math and science honor societies, and been awarded multiple national, state and school level academic recognitions.

Doug Wolfe, who coached the Science Olympiad team and taught Jones in freshman honors biology and AP biology his junior year, said the student was an academic “superhero.”

In his ninth grade biology course, Jones was Wolfe’s top student. Wolfe said Jones got along with everyone, showed a true passion for the sciences and received near perfect marks on virtually all his tests and assignments in his classes.

Wolfe recalled with a chuckle one particular test where the student missed just one question.

“I figured, ‘If he got this one wrong, then there must have been something wrong with the question,’” he said. “So I asked him, and it was just a silly error (of his), but he really liked the fact that I asked him and thought that he could do anything on the tests.”

Jones said his motivation comes from his parents, who he said have worked hard to become successful. Jones’ father owns Fit For Life Personal Training in east Cobb, and his mother works for Holder Construction, one of the companies responsible for the Mercedes Benz stadium, among other large-scale projects.

“He’s always kind of taken responsibility for his own work. I’ve never had to really push him,” Jones’ mother, Julie Jones, said. “He’s driven by wanting to do well and get good grades.”

On top of that, his older brother, Blake Jones, added, is his curiosity and hunger to know more.

Cade Jones isn’t just an academic star. Along with all his school accomplishments, he also acts. You might recognize him if you’re a fan of the popular Netflix series “Stranger Things,” where Jones played the role of a bully. Though he also played a bully role in “Parental Guidance,” the 2012 comedy starring Billy Crystal, family and teachers will tell you he’s the furthest thing from a bully.

Cade Jones says he got into film and TV acting because of his older brother, who, among other roles, played a young Chesley Sullenberger in the film, “Sully,” starring Tom Hanks.

The Walton senior’s mother said on top of their work ethic, her two sons’ work as actors starting from when they were in early grade school has likely helped them in class.

“With acting, you’re learning a script. So you’re learning something, and you have to take it in, think about what you’re going to do with it and regurgitate it maybe the next day or in two days, so it’s a lot of memorization and application,” Julie Jones said. “You’re training your brain at that young age to remember things and to pick up from what you read.”

Yet acting has taken a back seat to his academic endeavors. What he’s truly passionate about is science.

“Biology has just really taken my interest, and I’m really excited to continue with it in college,” he said.

Jones is headed to Georgia Tech in the fall with a major in biology. He says he hopes to take a research track to study the subject at the cellular level and to one day work for an agency like the federal Centers for Disease Control and Prevention. The ultimate goal, he says, is to find cures for the world’s most dangerous diseases.

And his advice to other students looking for a similar level of academic stardom is this: Don’t stress, and chase what you love.

“I think a lot of students ... push themselves too hard ... trying to get that high GPA,” he said. “I think they should spend (time) more trying to find what they’re passionate about in high school and experience the classes.”

Editor’s note: This is story is part of a longstanding annual series in the MDJ spotlighting the county’s best and brightest as they graduate …

Editor’s note: This story is one in a longstanding annual series in the MDJ spotlighting the county’s best and brightest as they graduate high…

Livable Buckhead is inviting all to participate in buckheadWalks!