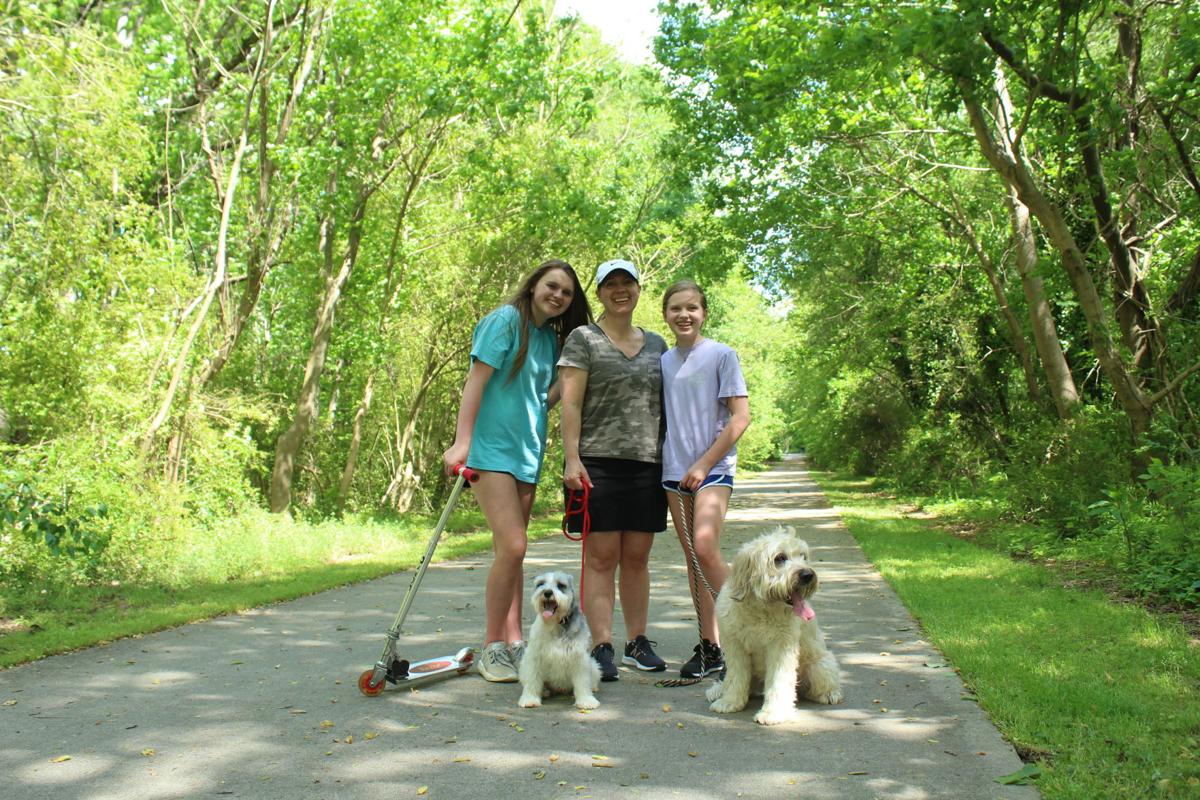 Julie Muse, center, with her daughters Audrey and Ava, and dogs Dugan and Dottie on the Silver Comet Trail in Smyrna. 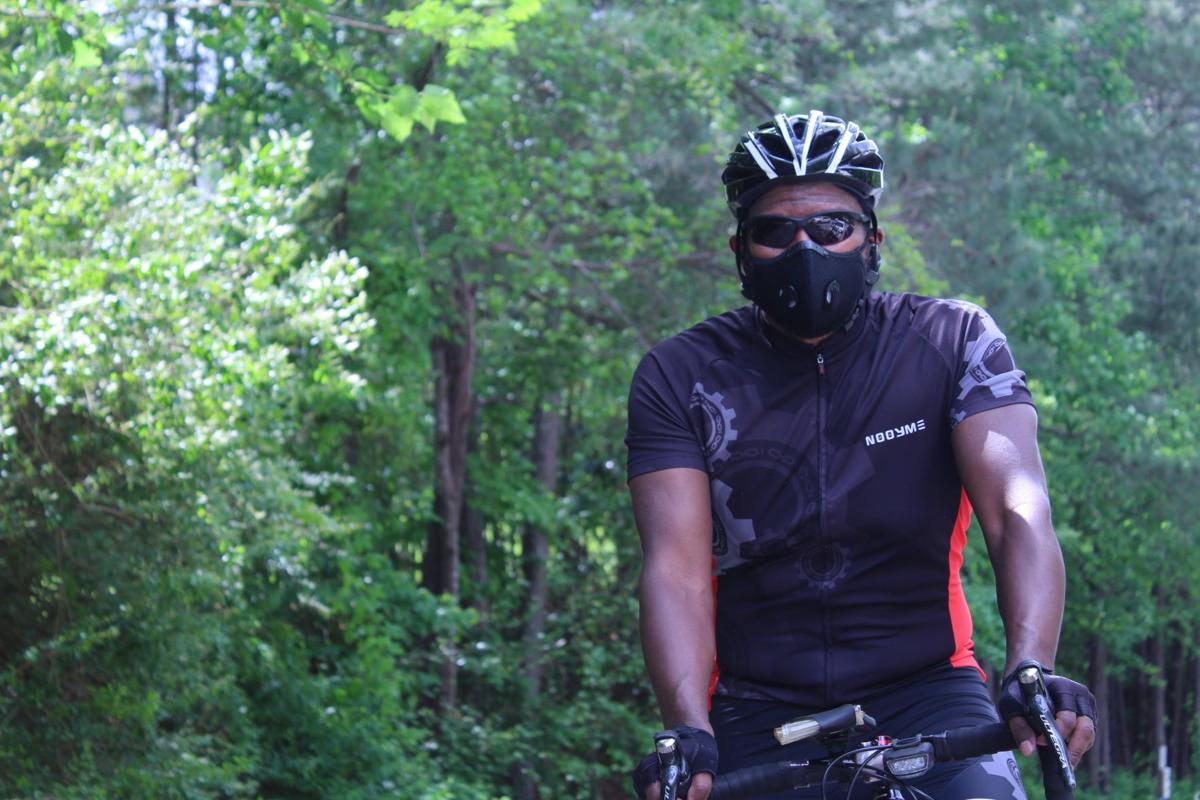 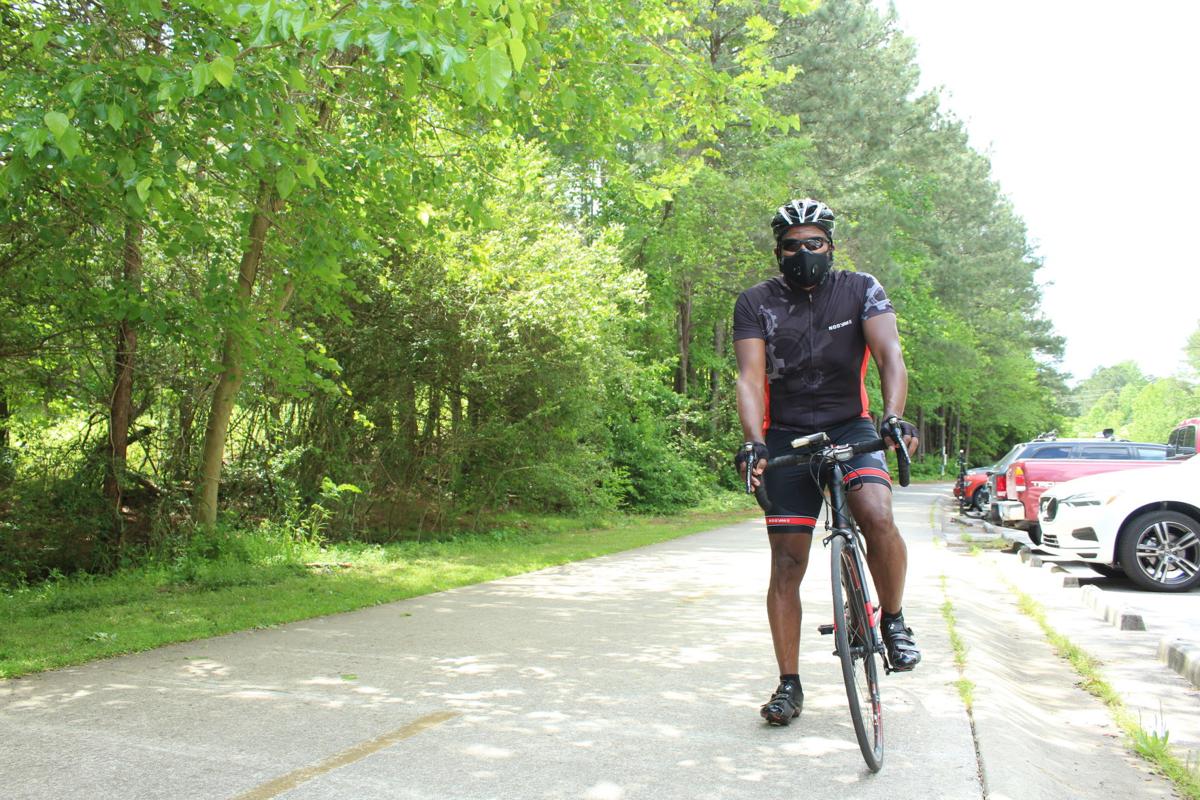 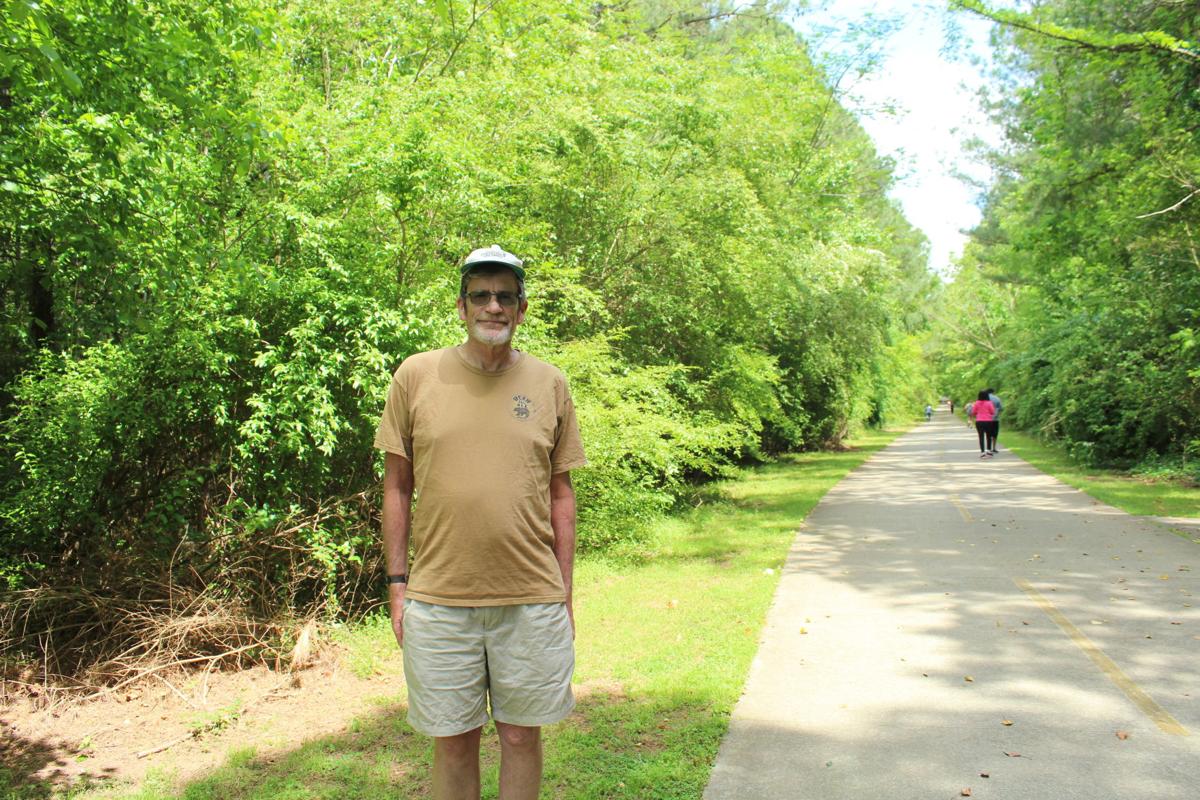 Steve Nunan walked on the Silver Comet Trail in Smyrna. 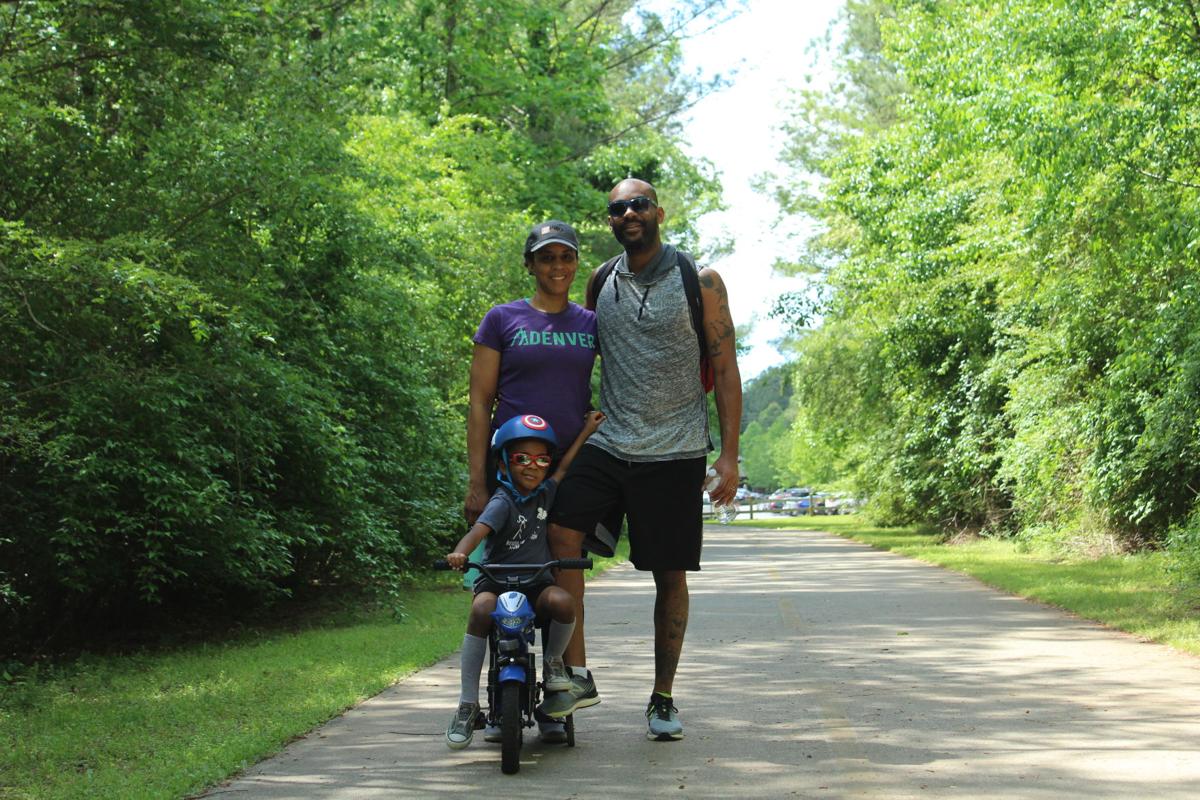 Dominic and Brandi Maldonado, and their son, Triton, visited the Silver Comet Trail when it reopened in Cobb County. 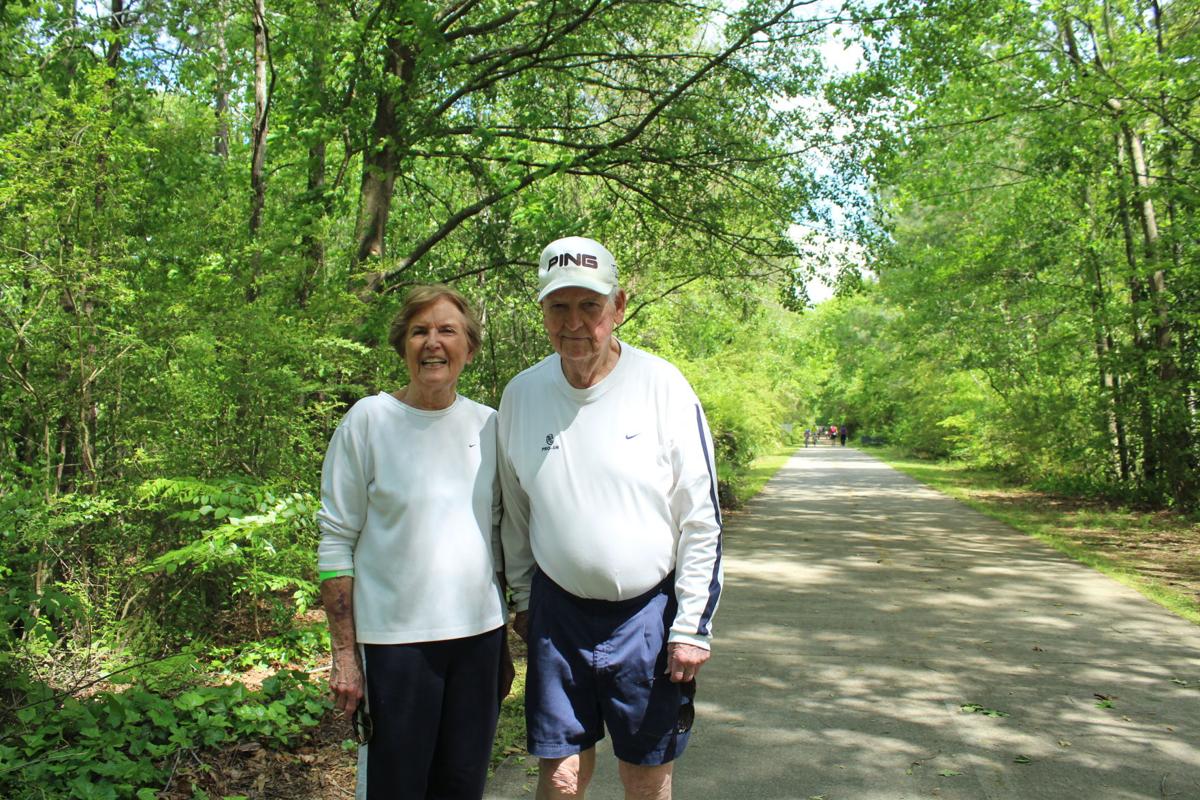 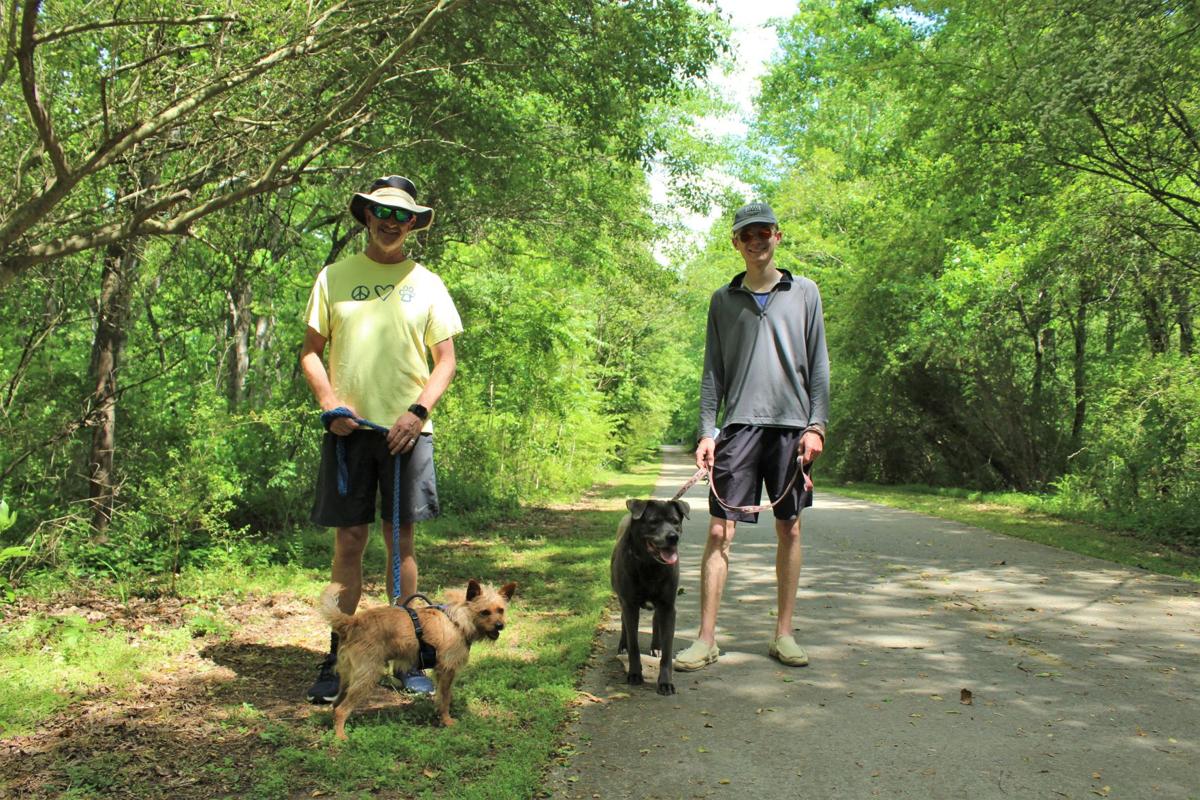 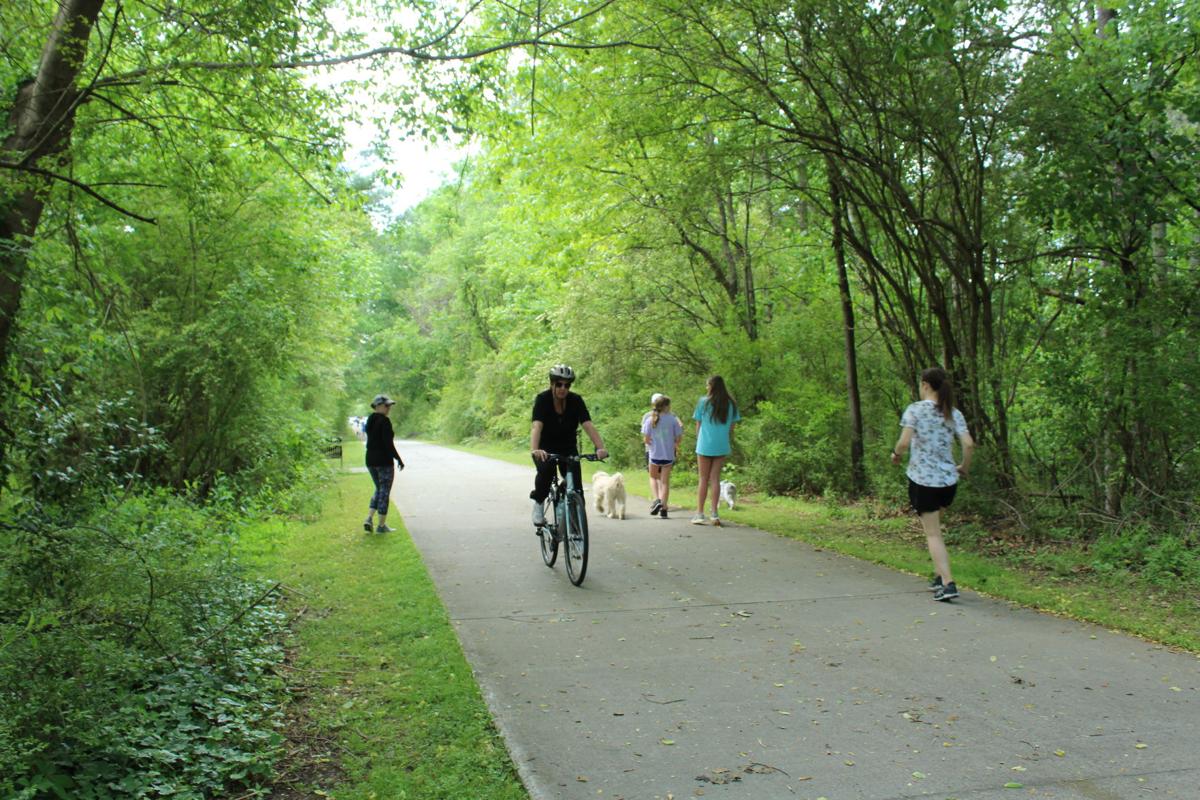 Julie Muse, center, with her daughters Audrey and Ava, and dogs Dugan and Dottie on the Silver Comet Trail in Smyrna.

Steve Nunan walked on the Silver Comet Trail in Smyrna.

Dominic and Brandi Maldonado, and their son, Triton, visited the Silver Comet Trail when it reopened in Cobb County.

SMYRNA — Cobb Countians who have been stuck at home the last several weeks took advantage of the Silver Comet Trail's reopening by walking, running or biking.

Dozens of families got outdoor exercise Saturday, which was sunny and mild. Some met with neighbors to walk together, and the parking lot was nearly full at the Smyrna entrance.

Saturday was the first day the Cobb County portion of the trail was open since March 16, when the county government closed all parks in response to the coronavirus. Paulding County's portion of the trail had also been closed from March 26 until Saturday. It was unclear whether the remaining portion in Polk County was closed — updates about the trail were not available on the county's website or the trail's website, and county officials were not available to answer questions Saturday.

Neal Wilson, a Marietta resident, said he had been staying at home for about eight weeks, and was happy to be able return to the trail to ride his bicycle.

"It's good. You get a chance to break the monotony of being indoors. The fresh air makes it all bearable, but you've got to be protected," he said.

Steve Nunan of Cobb County said he was glad to see the trail reopen.

"Why not open the trail? People have gotta get out, get some fresh air," he said.

Shirley Thurmond said she and her husband Ralph have walked the trail for years because they live nearby.

"We're delighted it's open and the weather permits that," she said.

Family friends Roy Salsich and Noah Smith of Smyrna walked their dogs on the trail. Normally, Salsich would be walking his dog, Buddy, on the trail every day, but instead he's been walking around the neighborhood, he said.

"I understand why it was closed, but it changed my routine. But now it's open. It's great, but it's a little crowded," Salsich said. "This is great, also because it's covered."

Julie Muse, a financial services worker from Atlanta, took her two daughters Ava and Audrey and their dogs to the trail, and met a neighbor there. The mother was "relieved" the trail was open after feeling stuck at home," she said.