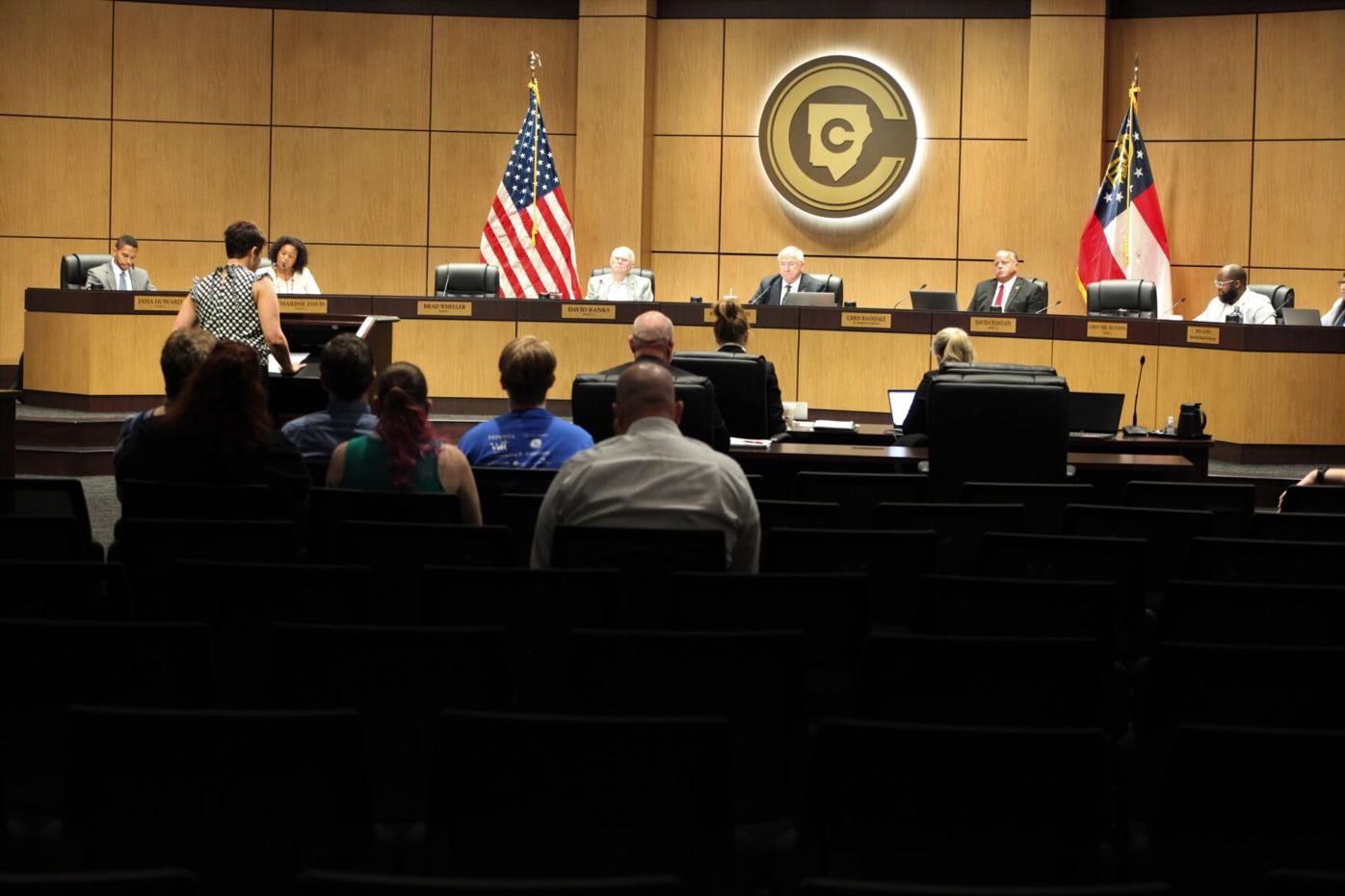 Thursday's school board meetings were the first in over a year that the public was admitted to sit in the same room as the board members to observe the meetings. 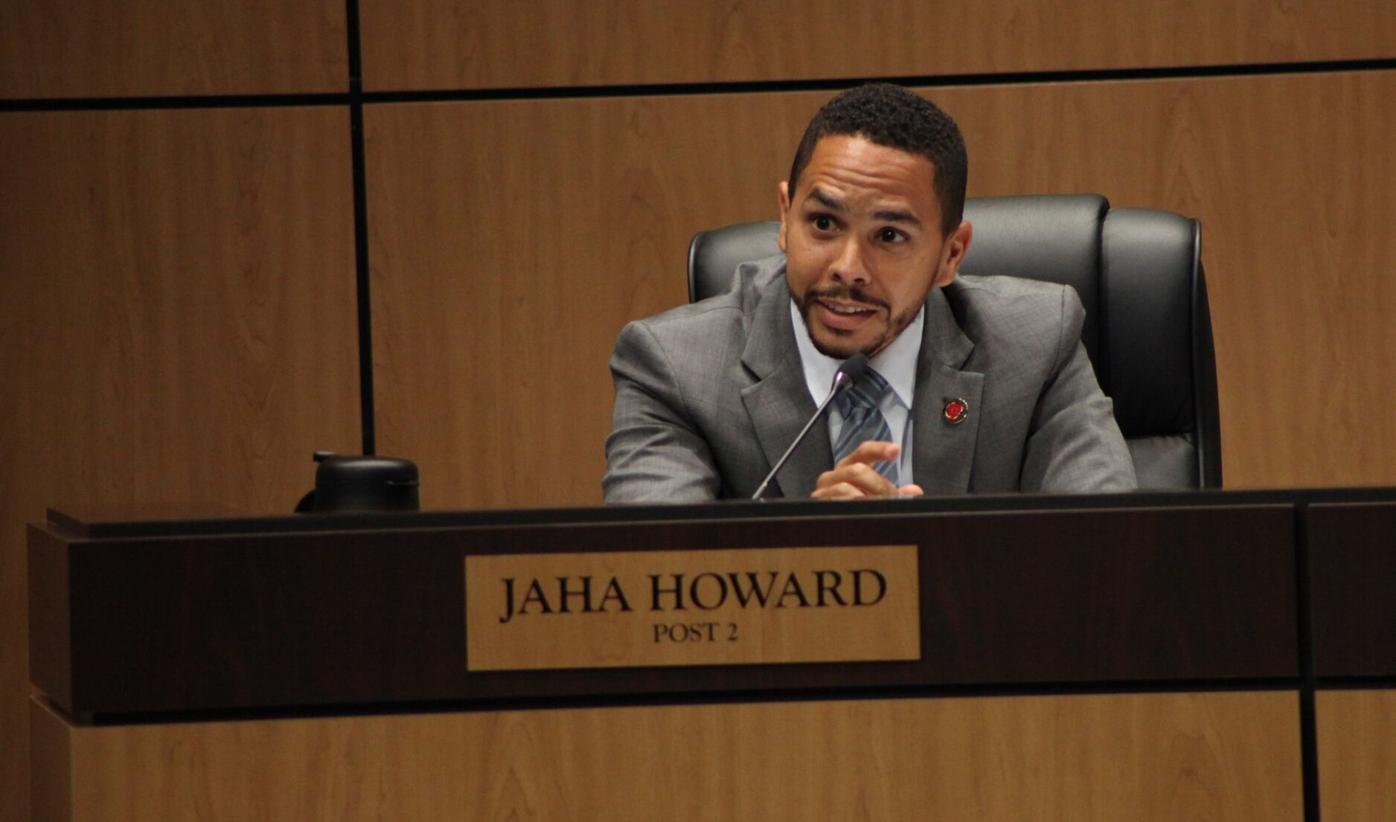 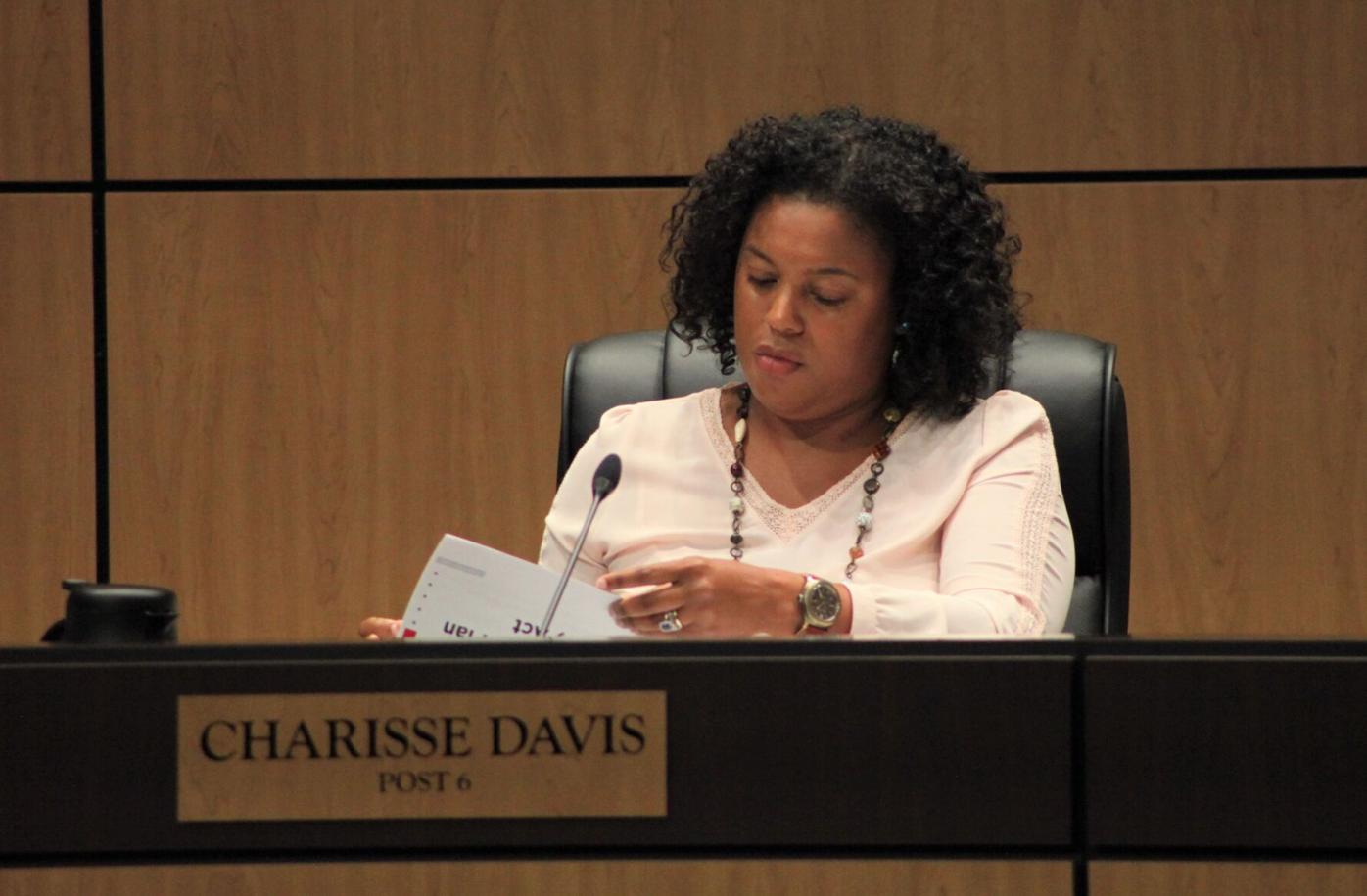 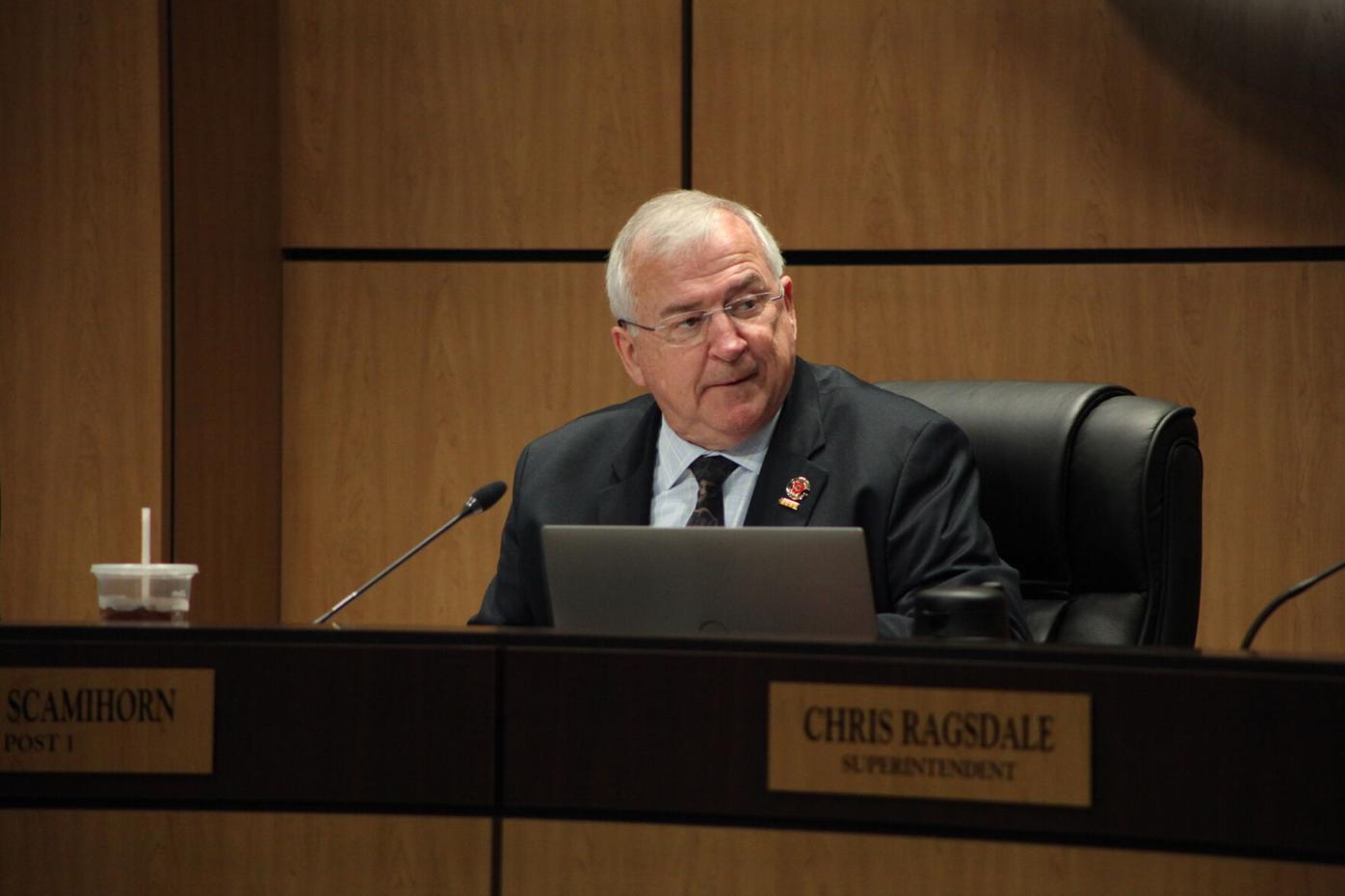 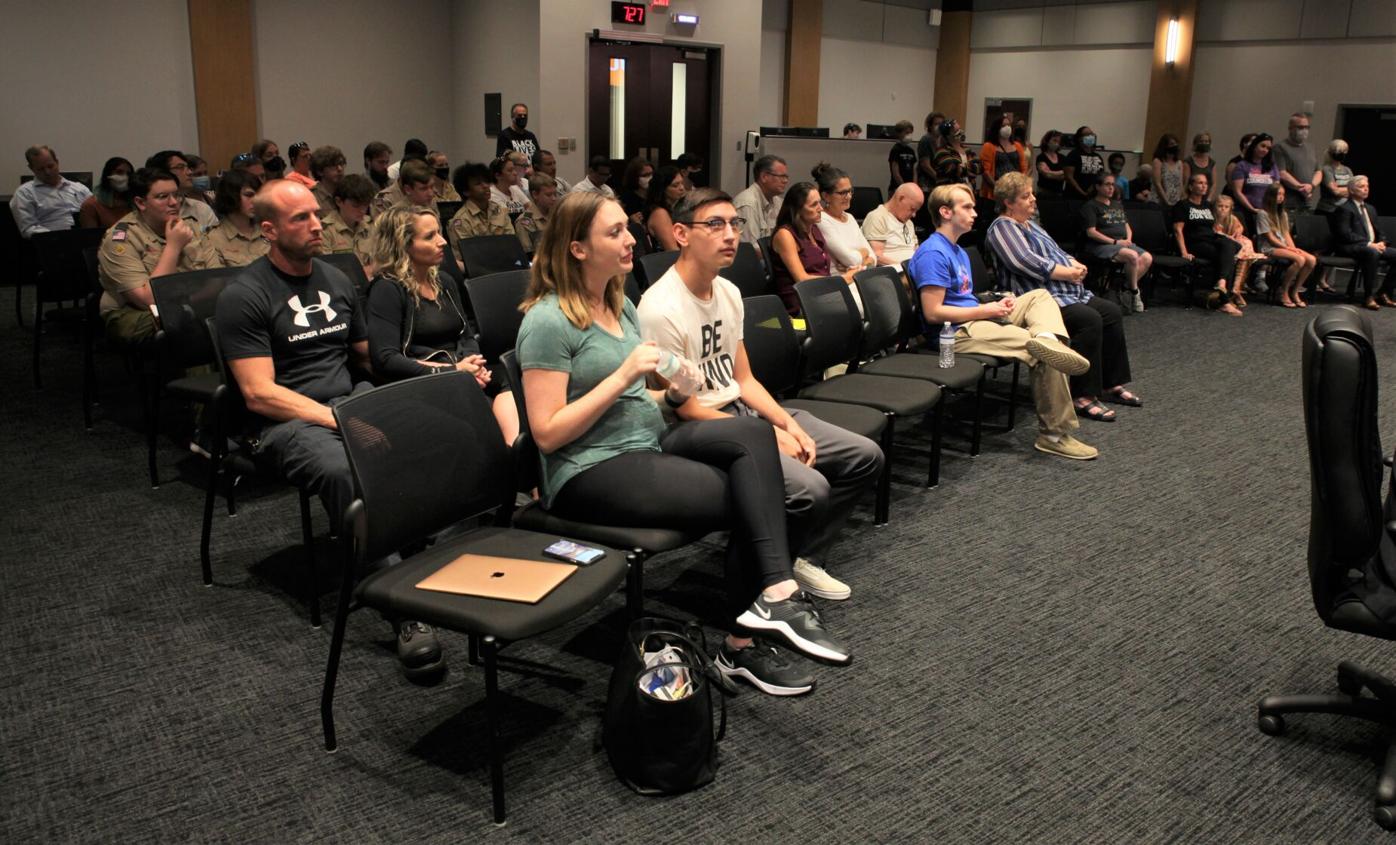 Cobb residents and parents fill the Cobb school board meeting room at Thursday's evening session, the first meeting the public has been allowed back into the board room since the start of the pandemic. 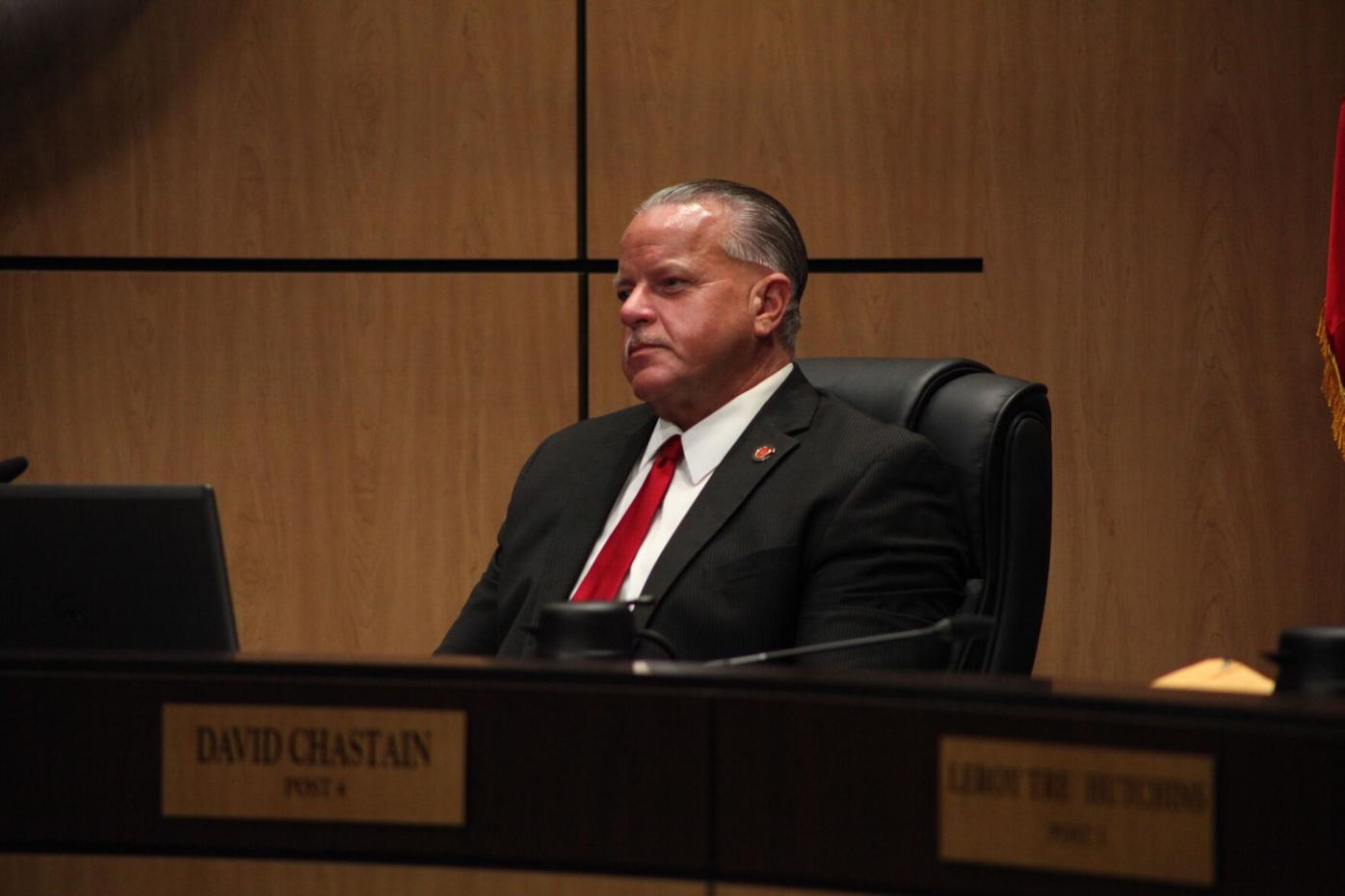 Thursday's school board meetings were the first in over a year that the public was admitted to sit in the same room as the board members to observe the meetings.

Cobb residents and parents fill the Cobb school board meeting room at Thursday's evening session, the first meeting the public has been allowed back into the board room since the start of the pandemic.

MARIETTA — The Cobb school board established on Thursday a Nov. 2 referendum, asking voters to approve the next round of a 1% sales tax for education expected to collect $894.8 million.

In taking the 6-1 vote, the board also struck from the tax’s project list a special events center, estimated at $40 million.

Board member David Banks was the sole vote in opposition.

Board members Charisse Davis and Dr. Jaha Howard brought their concerns about the commencement and special events center’s inclusion on the project list during the board’s afternoon meeting.

At the board’s voting session that night, Davis and Howard reiterated those concerns with more vigor, and board member Leroy “Tre” Hutchins also voiced more of his own concerns.

The referendum on the sixth cycle of the voter-approved tax (Ed-SPLOST VI), would collect the extra sales tax from January 2024 to the end of 2028.

Among the projects on the list are a new elementary school in south Cobb, a rebuild of the main Sprayberry High School building in east Cobb and a second career academy.

Superintendent Chris Ragsdale said Thursday the new career academy, to be placed somewhere in the northern region of the county, would serve the entire school district, just as the Cobb Innovation & Technology Academy on Osborne High School’s campus does.

Citing Ragsdale’s own words, Davis said in the afternoon meeting that she’d heard time and again that the district has $2 billion in needs and less than half that to be collected through the proposed sales tax.

“The special events center just really sounds like a ‘nice to have’ not a ‘need to have,’” Davis said. “And just in receiving feedback about, particularly again the events center, it has been almost unanimous negative feedback.”

At a time when the district and board needs community support for SPLOST, Davis said, “I’m just not sure that we’re doing that with this particular project on this list.”

At the evening meeting, Hutchins said projects other than a “luxury” item, like the events center, are more pressing.

“I think we have to fix our infrastructure, ensure that the buildings that our children are safe … and a large portion of (SPLOST) is going to that, but I believe even what we have budgeted is not going to meet all of the needs to suggest that we move forward with, as Dr. Howard would say, a luxury,” Hutchins said, casting his support behind Davis’ motion to strike the events center from the referendum.

Howard, who pointed earlier in the day to the significant infrastructure and individual school needs being the largest line item on the referendum’s project list at $349.8 million, gave a personal example at the evening meeting:

“My child doesn’t want to go to the restroom because of the condition of the restroom, and I’m a board member, and I have to say, ‘Maybe later,’” he said. “I cannot vote in good conscience for $40 million for a graduation event center and my daughter doesn’t feel comfortable going to the restroom.”

Scamihorn, who later told the MDJ he was “on the fence” about the special events center and had heard some negative feedback from some of his own constituents, pointed to the last year of the district not being able to use Kennesaw State University’s commencement center for its high school graduations as a concern for delaying building the district’s own center.

“I don’t really know, if not now, when?” he said. Davis, however, pointed out that KSU had barred high schools from hosting graduations on its campus because of the pandemic, which, she said, won’t always be around.

Scamihorn told the MDJ he was ultimately OK with removing the special events center, in part, because Howard, Hutchins and Davis indicated at the meeting they’d still be open to the events center in a future SPLOST.

“I believe in the center and its purpose,” Hutchins said. “My concern is the condition of the buildings that we’re currently in. … I am caught between the rock and the hard place on this one, simply because … my kids are in buildings where the roof leaks. One child started in kindergarten, he’s in middle school now — it’s still leaking. It is problematic because it’s not a one-off. We have several buildings like that across the county, and so a better use of the funds first is to make sure we handle our business of making sure buildings are safe, kids are in an opportune learning environment.”

In time, a special events center will be appropriate, Hutchins said, using an analogy of paying for a trip to Disney World before paying for rent or shoes for his children. But the time is not now, he said, his comments followed by applause from the audience.

Thursday’s school board meeting was the first in over a year that the public was allowed to observe in the same room as board members.

Desks at the front of the room were once again filled with Ragsdale’s executive cabinet members. While only a handful of residents and speakers filled a few chairs in the gallery at the afternoon work session, most chairs were filled at the 7 p.m. voting session.

Pebblebrook teachers and Cobb residents Kara Harris and Anna Clay said they were happy to be back inside the room with the board.

“I wish there was a little more social distancing, but it’s good to be back to actually hear them, see them. It’s a lot better than being on a Zoom,” Harris said.

She said though she and Clay, who sat next to her, were vaccinated, they still wanted to be cautious for themselves and others.

The community’s return to the board room is also better for government transparency with the community, Clay added.

“I think it’s much better community involvement,” she said, noting that there had been demonstrations for and against district policies and board actions as of late. Those people actively demonstrating in the parking lot have recently been unable to watch at the same time what’s going on inside, Clay said.

“Now, they can have a demonstration outside and then come inside and see what’s happening, so there’s not that disconnect,” she said.

For his part, Scamihorn said he was “tickled pink” to see the community back in the room.

“At the beginning, I said, ‘Hey, put this down in your history books,’” he said, referring to a discussion with the audience.

Cities and Cobb Schools at odds over speed cameras

After more than a year, some city leaders say efforts to install speed cameras in certain school zones within their cities are being held in l…

In April, the bishop of the United Methodist Church’s North Georgia Annual Conference appointed Steven Usry as the new senior pastor for Mt. B…

MARIETTA — An update to COVID-19 procedures including on quarantine in the case of a positive virus case in Cobb Schools, is expected to come …

How Cobb Schools plans to spend $104 million in federal aid

The phrase is not "per say," it is "per se." Journalism these days.

Good jab and thank you to Davis for nixing the unneeded center. We need to repair our buildings first. As for the Covid issue, it appears CCSD is going back to "normal" with no guidelines. Schools are planning to have staff meetings in person, student desks clustered, and no mask mandate. Wow.