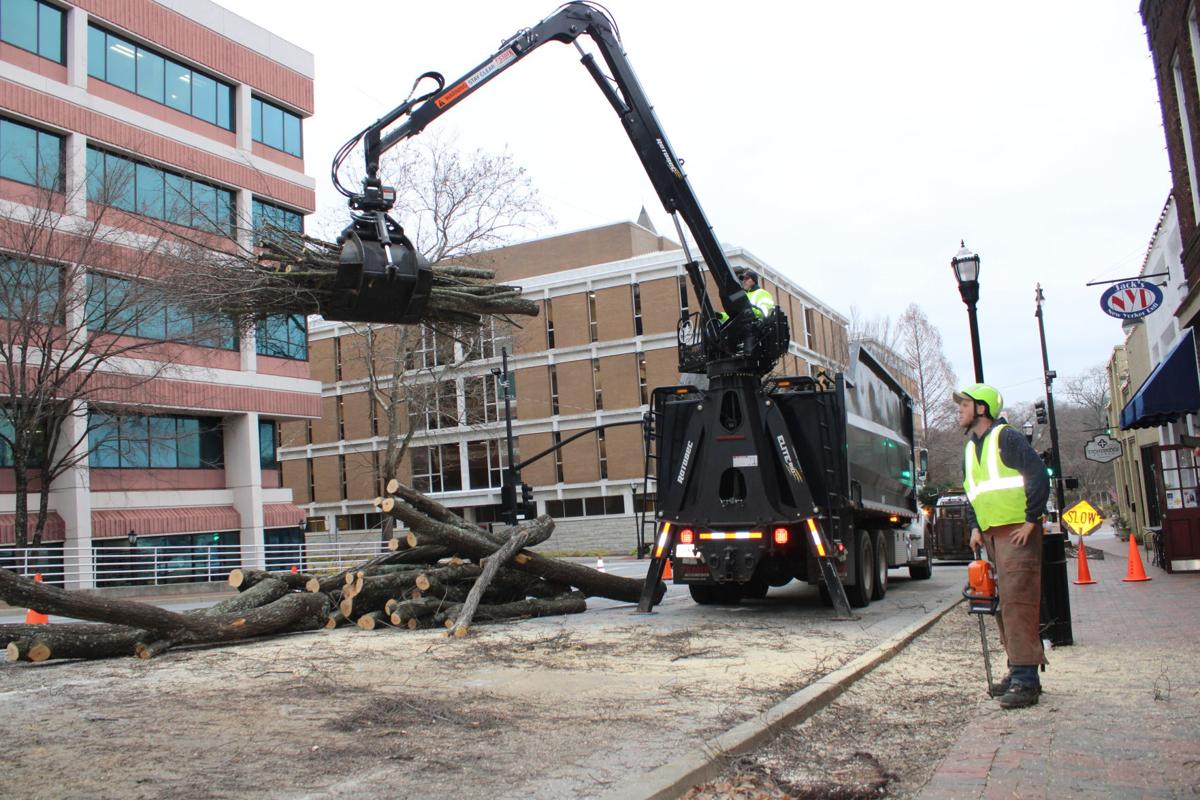 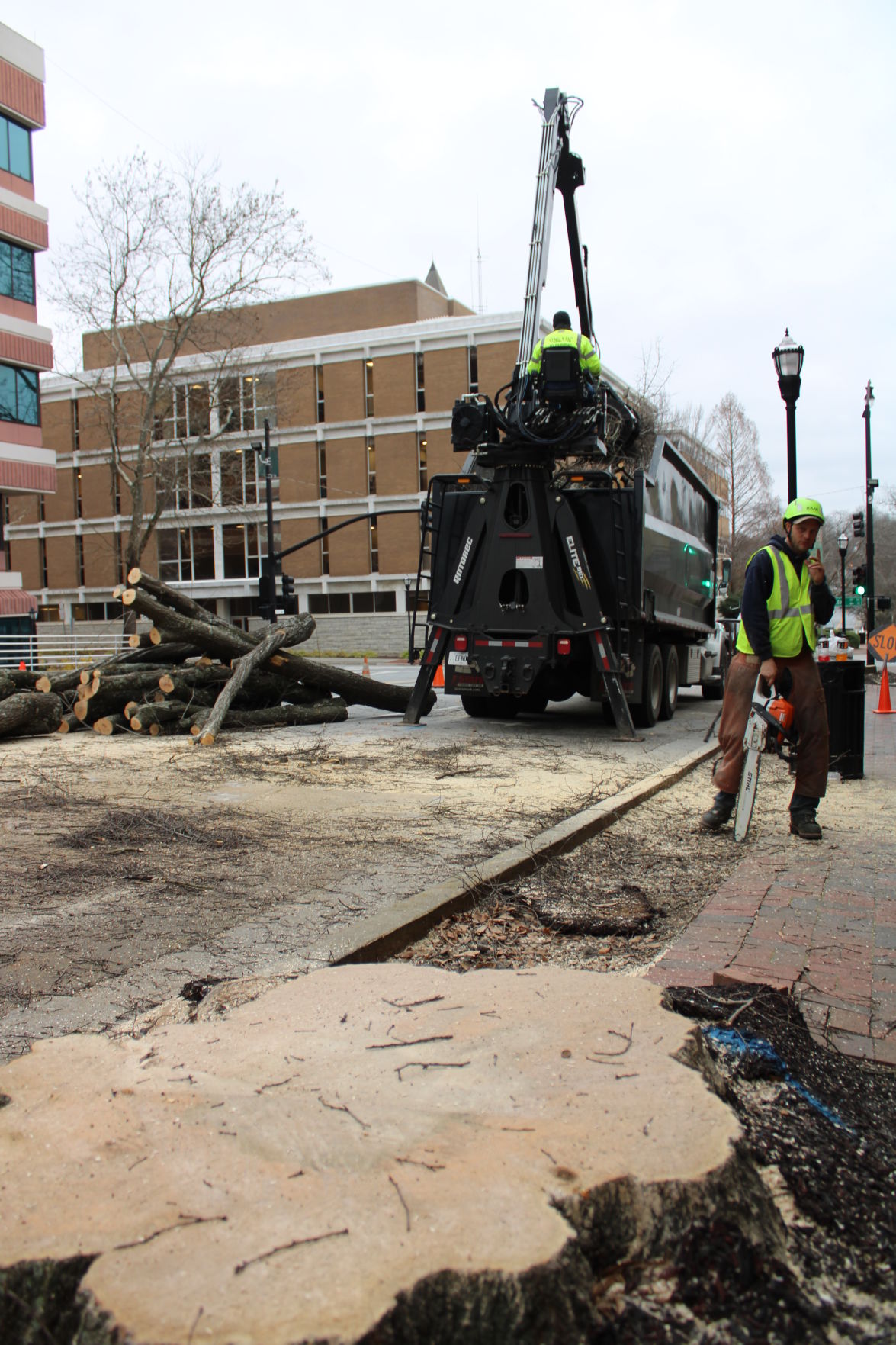 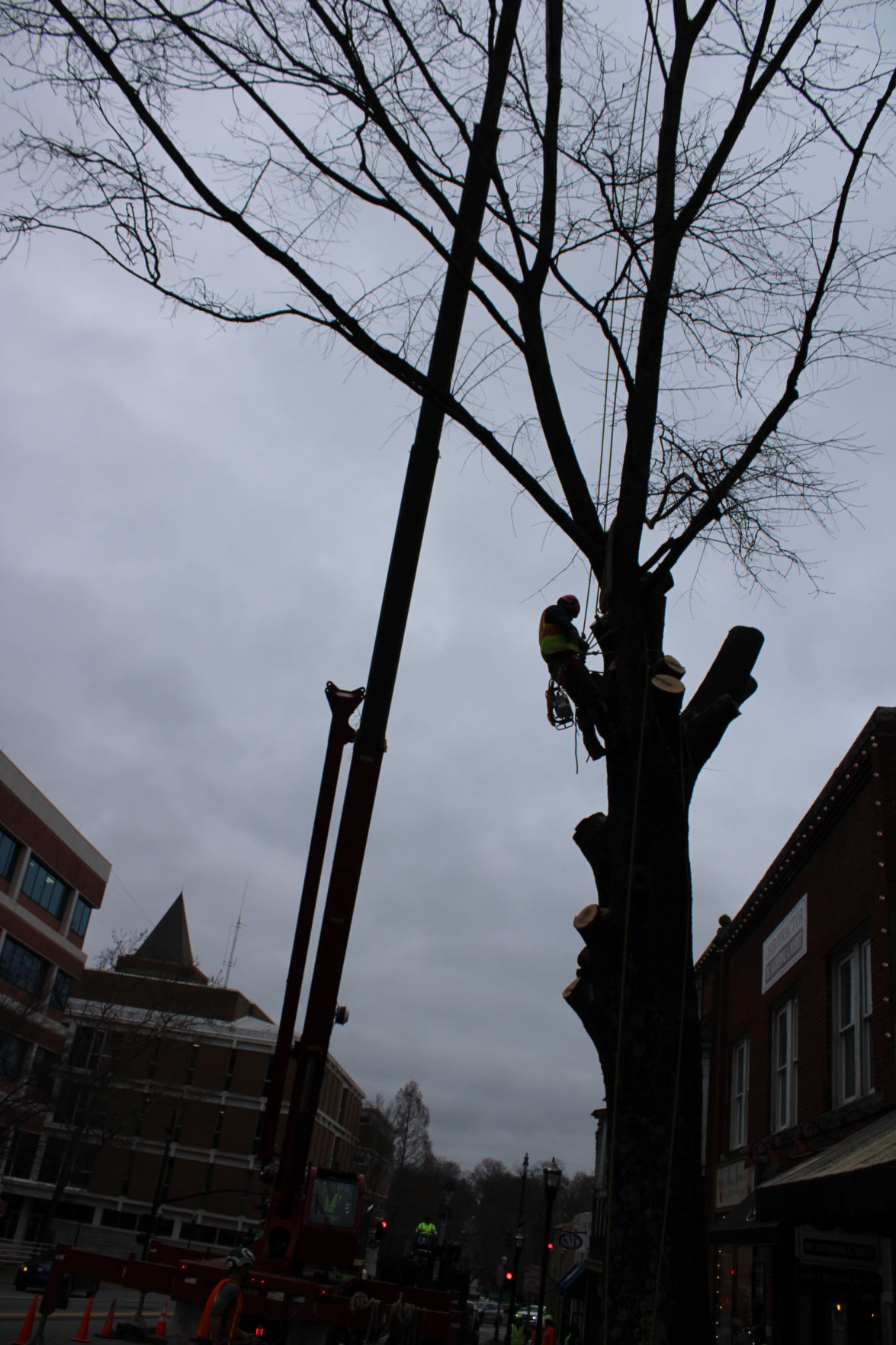 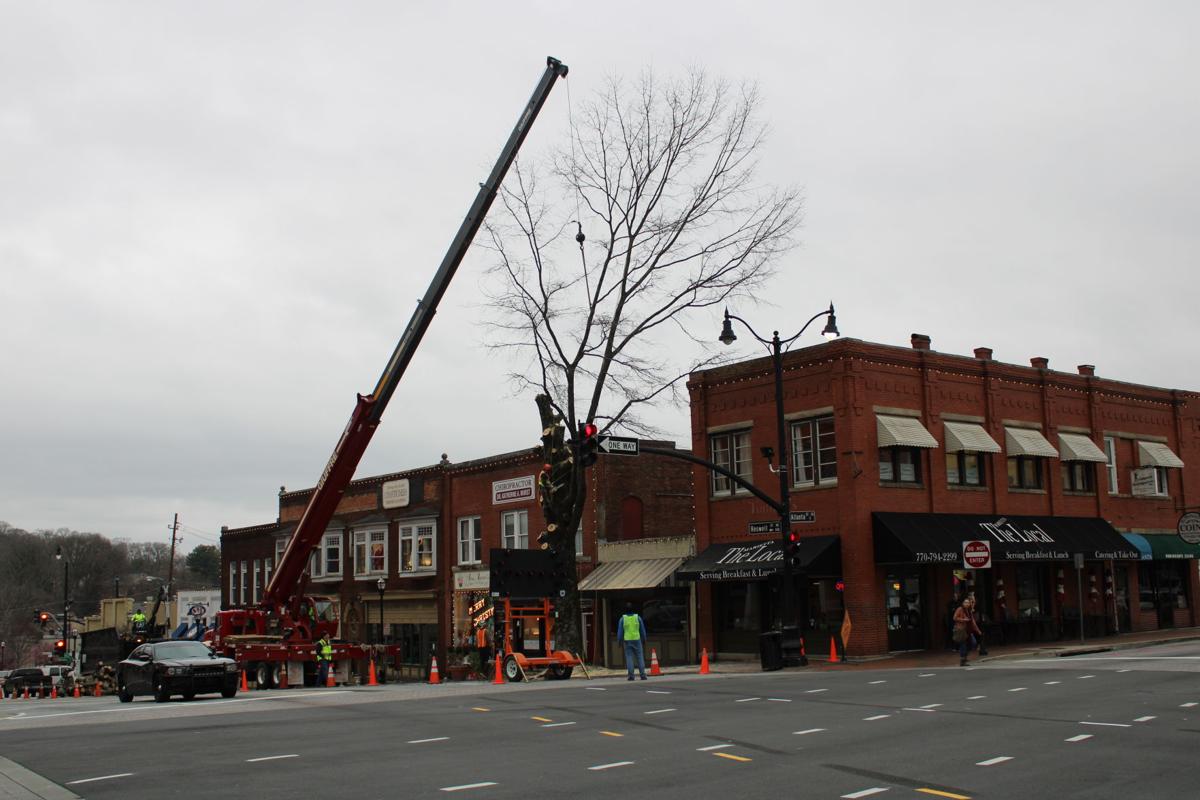 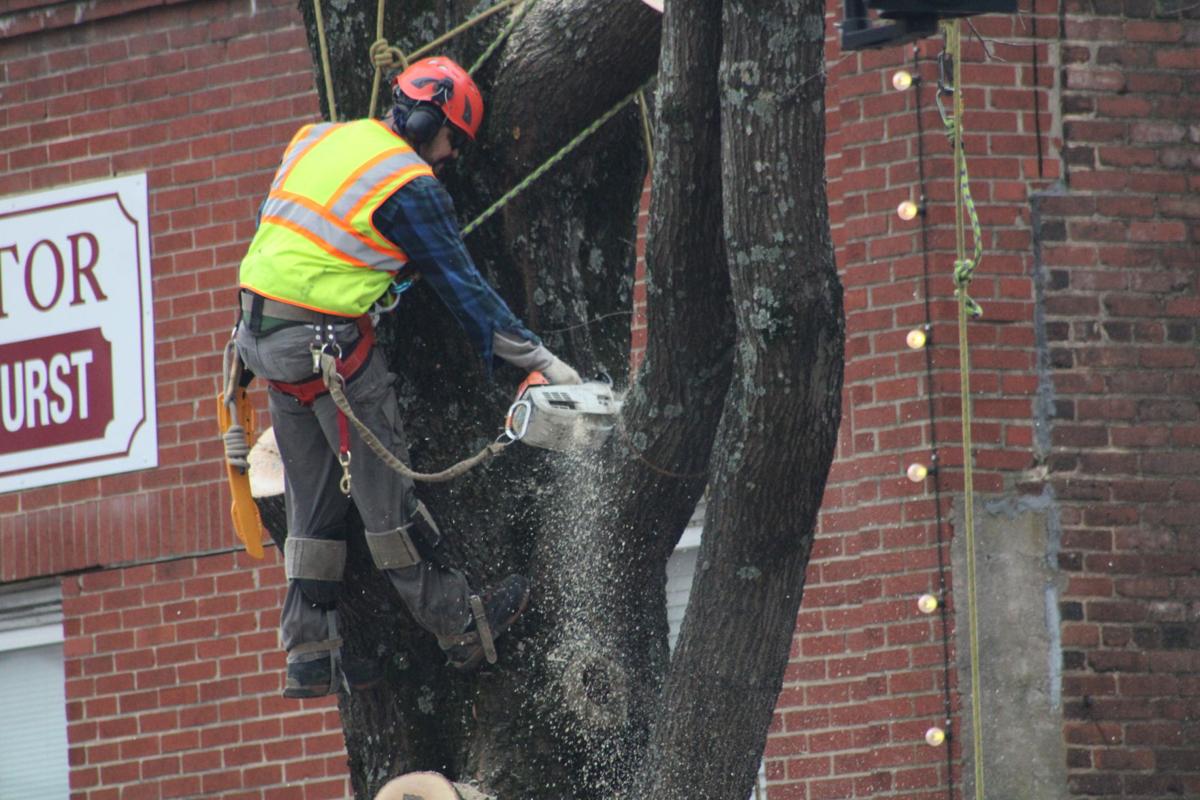 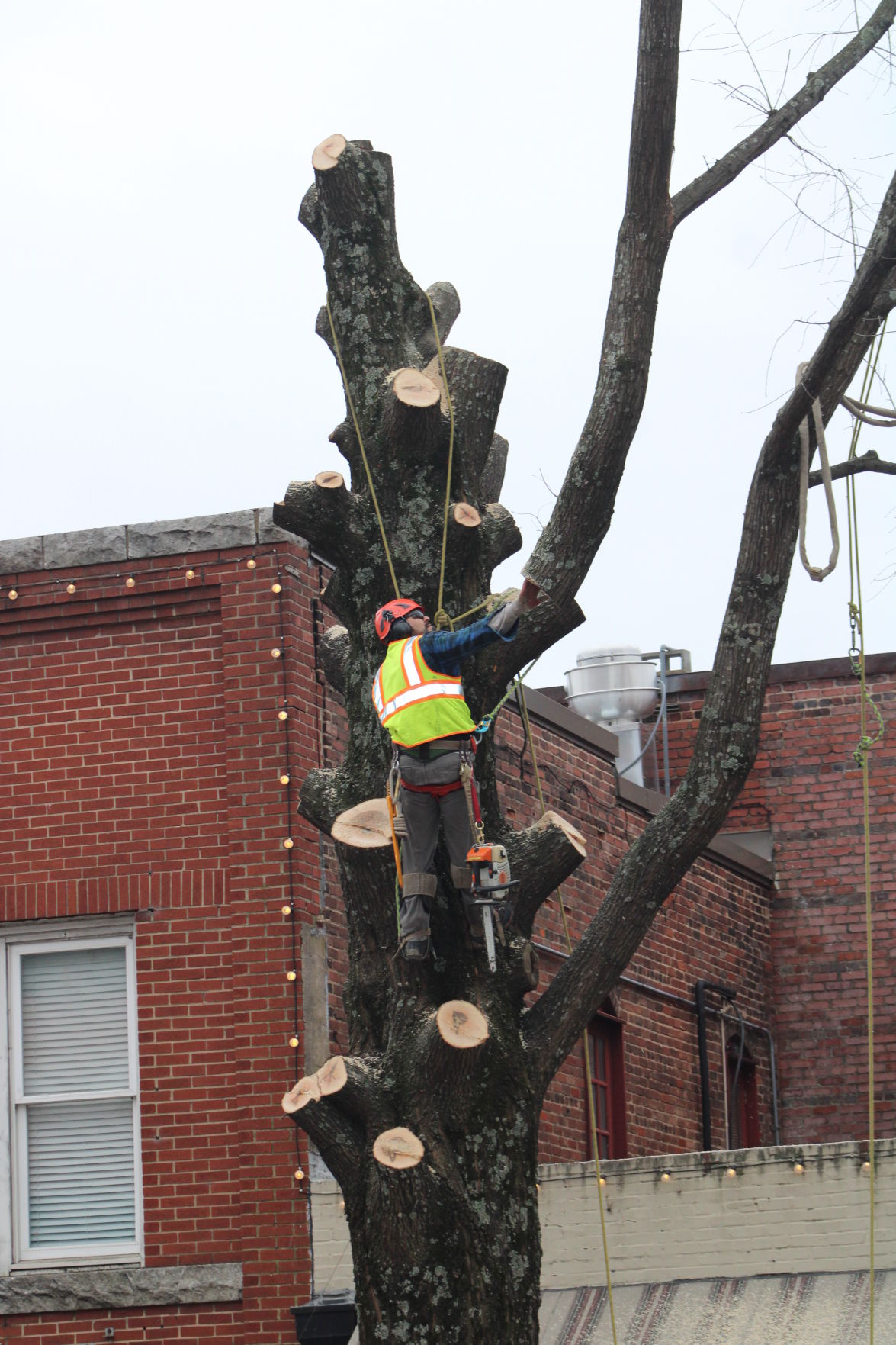 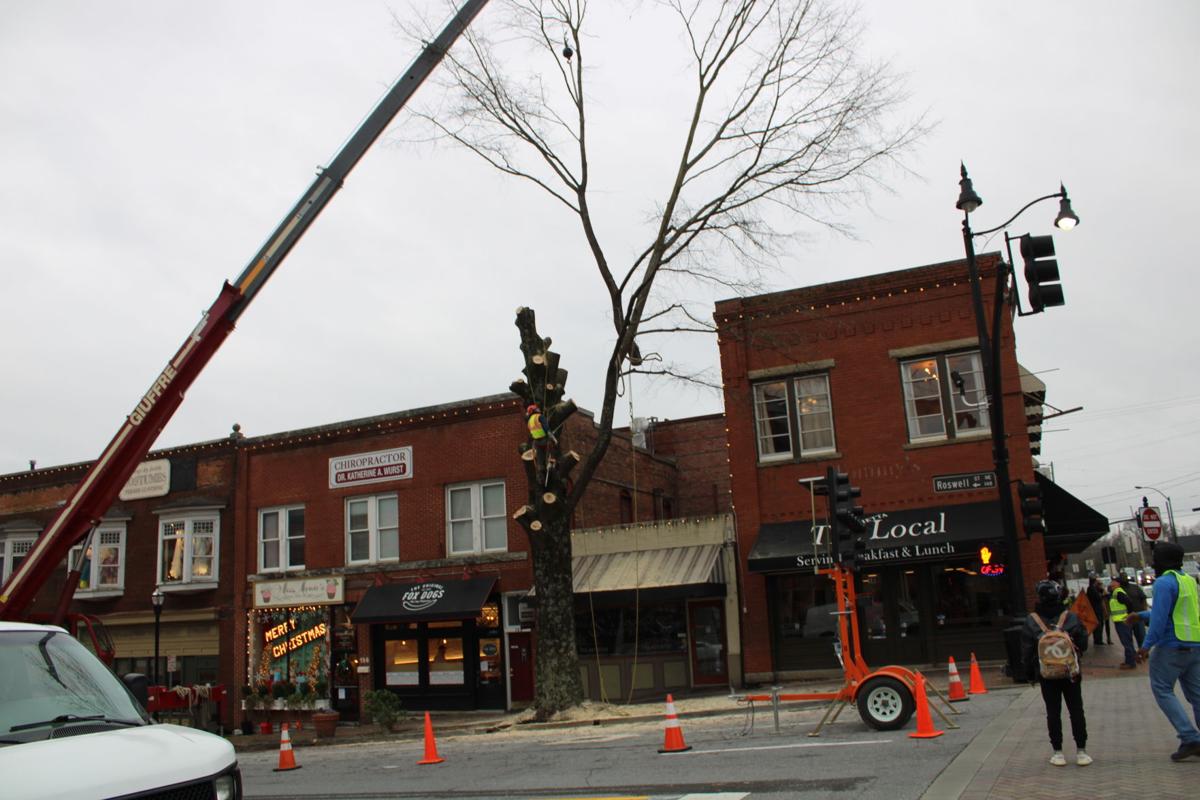 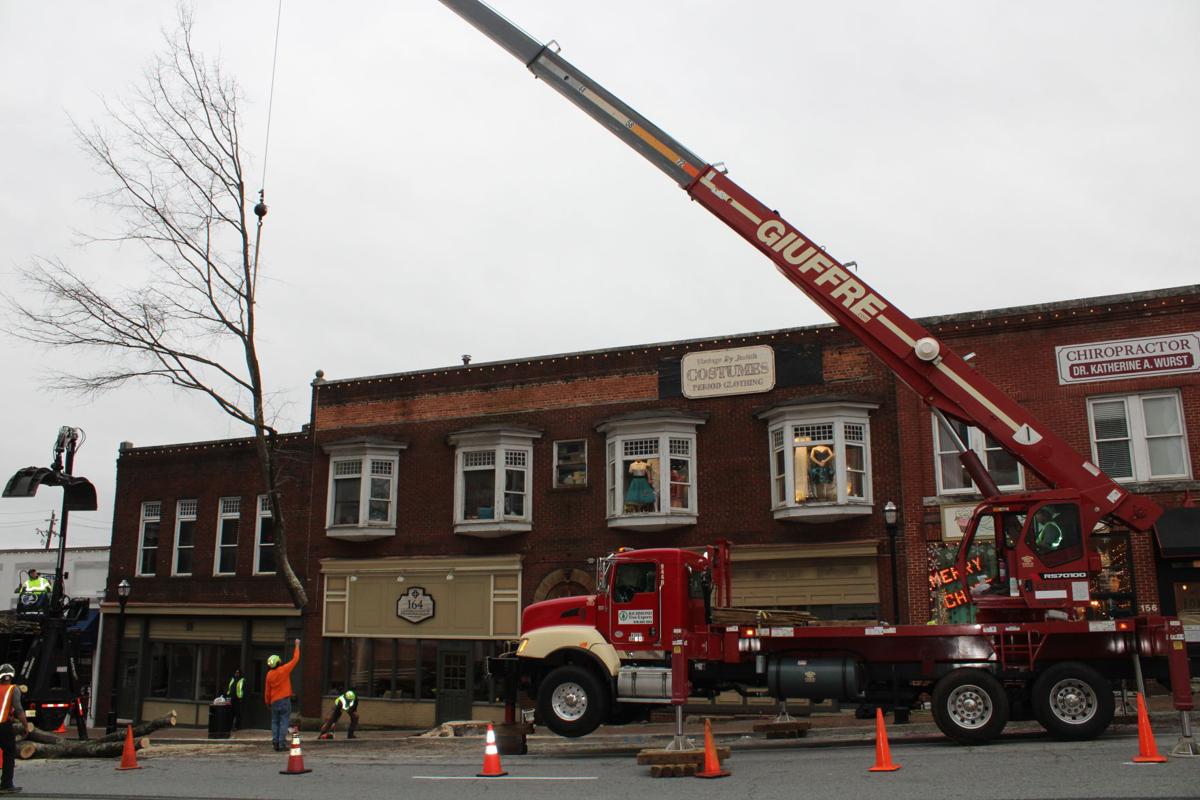 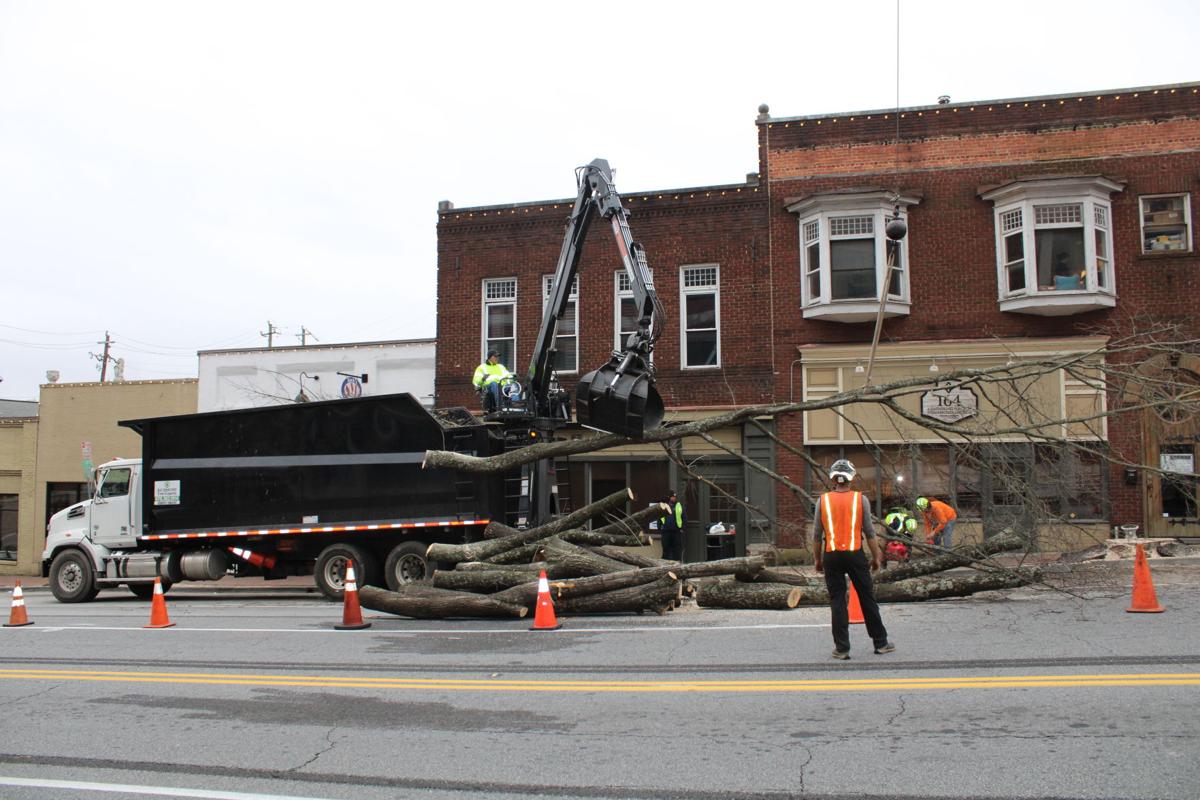 Residents watched Tuesday morning as crews worked to remove large trees on Roswell Street between the Local and Stonebridge Church off Marietta Square.

The removal is the last step in a plan to smooth the sidewalks around Marietta Square, said Councilman Johnny Walker — similar projects have been carried out over the last few years on the Square’s north, west and south sides.

“This is the last part of it,” he said. “It will just make the streets much more safe. We’re going to plant new trees that have a better root system, just like we’ve done on the other parts of the Square.”

Sidewalks on that part of the downtown will expand from 8.5 feet to 12.5 feet.

Mayor Steve Tumlin said the main issue with the 55-year-old trees is that their roots pressed up against the brick sidewalk, creating a tripping hazard.

“They push up in a big way. Mother Nature outdid herself with those,” Tumlin said.

He said some residents have been upset at previous tree removals, but he believes naysayers have been happy with the new sidewalks. The city will replace the old trees with new ones with a concrete base so the roots will not disturb the bricks as they grow.

“I think we’ve shown the public we’ve been good stewards, replacing the trees and having the concrete base under there makes it much safer, yet we retain the beauty of the trees,” he said. “We don’t just put little saplings, we put trees that are young, but not that young.”

Marietta city arborist Rich Deckman said the old trees were water oaks, which will be replaced with fortitude willow oaks, which have narrower trunks than the water variety but will still provide plenty of shade. Deckman said the trees go for about $2,000 each, including the cost of planting.

Tumlin said the work on Roswell Street will also include improvements to the intersection of Roswell and Waddell streets to make the area safer for pedestrians, the dirt strip will be replaced with brick and workers will carry out stormwater system improvements.

City Manager Bill Bruton said the total cost of the project is $381,588, and is paid for through Special Purpose Local Option Sales Tax funds.

Construction is set to begin Feb. 10 and is scheduled to be completed by the Taste of Marietta festival in late April. Roswell and Waddell will be repaved, and sidewalks will be rebricked.

Keeping in mind there are MANY disabled who travel to and from the judicial complex, it's a REAL shame you all don't THINK of the impedance of the brick as opposed to concrete. Looks so cute, but it's so hard on so many.

The square itself is honestly VERY and completely inaccessible to people with disabilities and the handicapped parking is jokingly inadequate.

All of the parking police and all of the people who abuse the TINY amount if handicapped parking that exists, just sit for HOURS with NO legal right to do so.

Shame on you, City of Marietta.