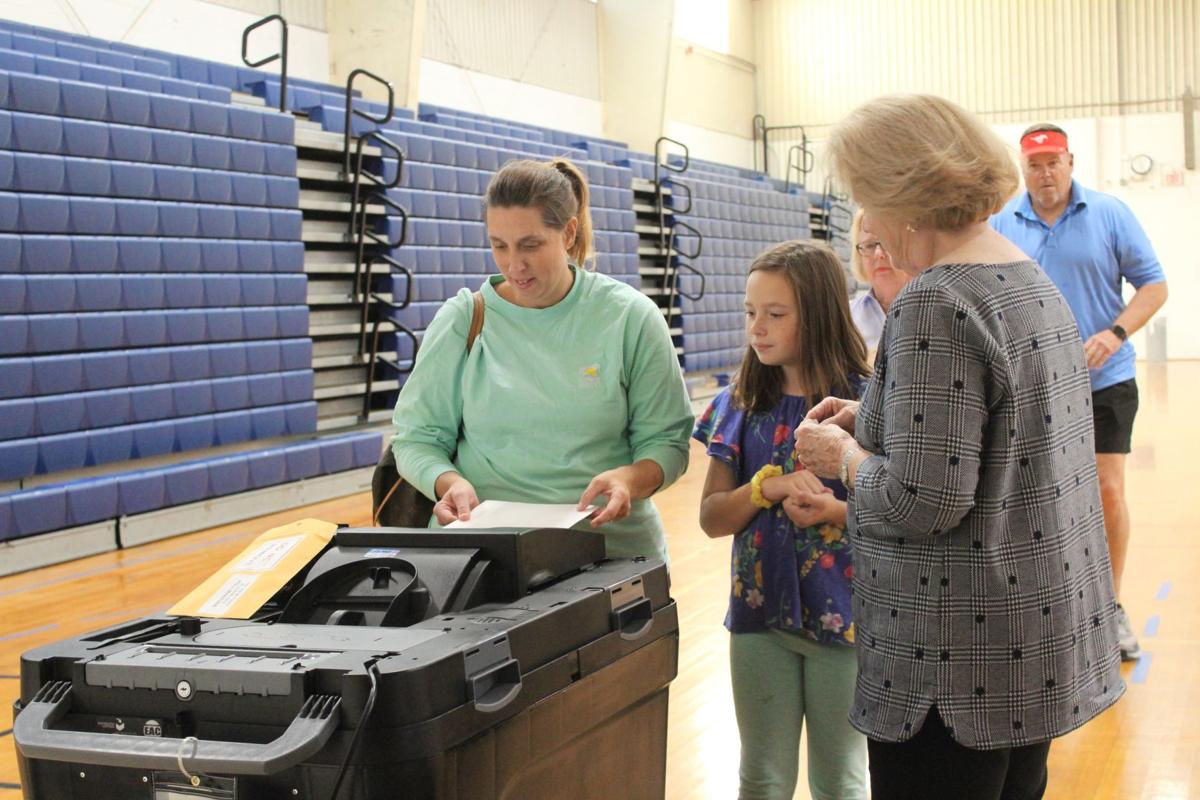 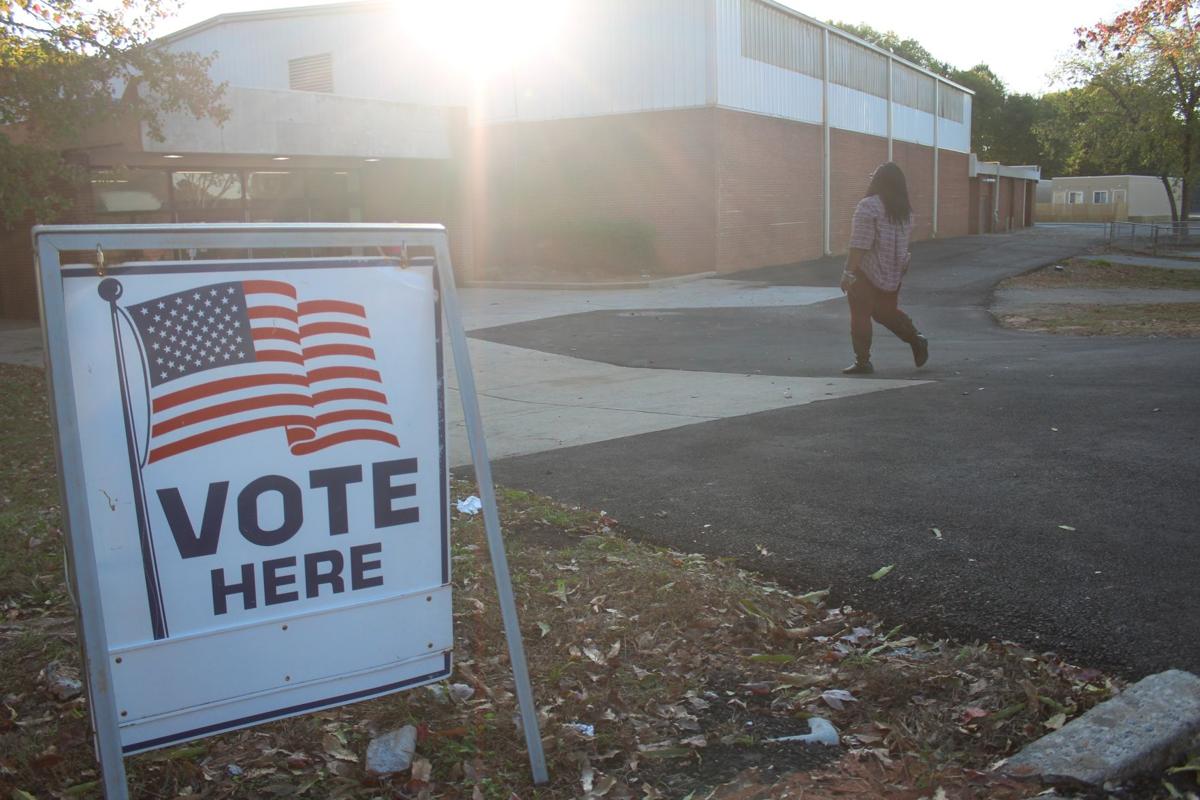 A Smyrna resident walks into the polling location at Campbell Middle School on Tuesday. 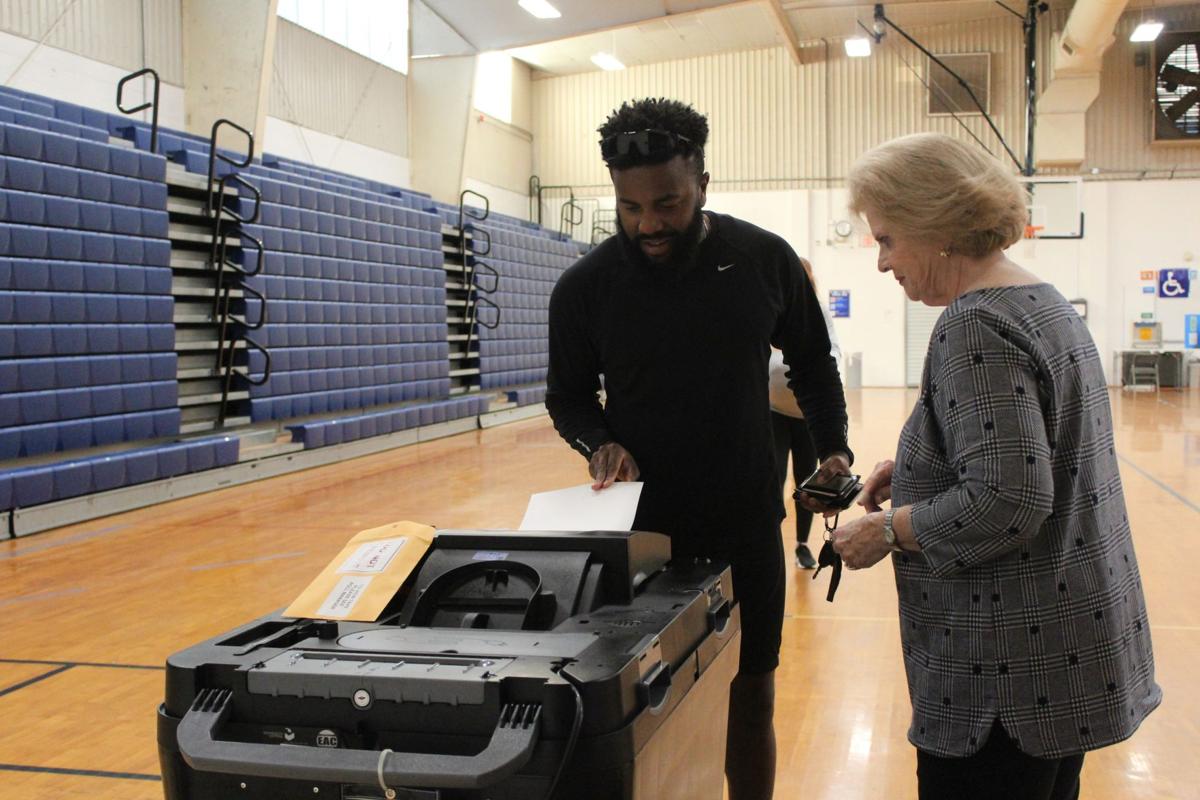 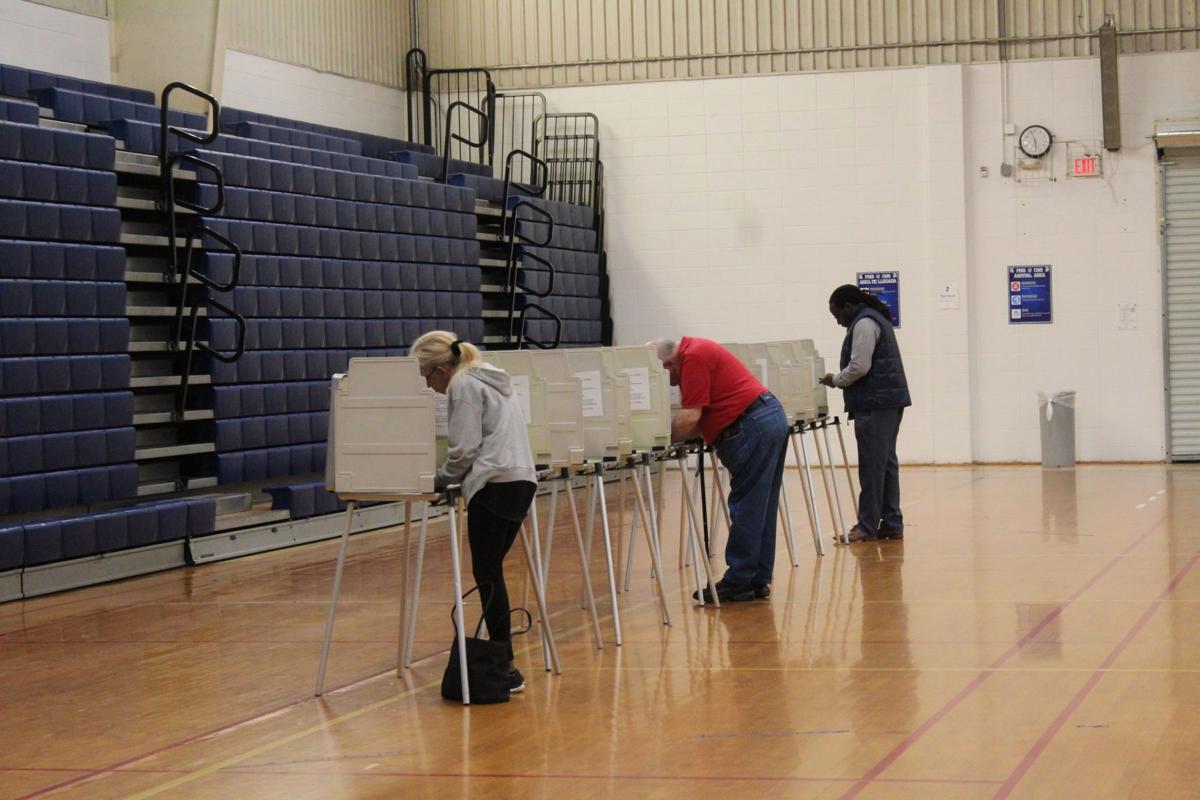 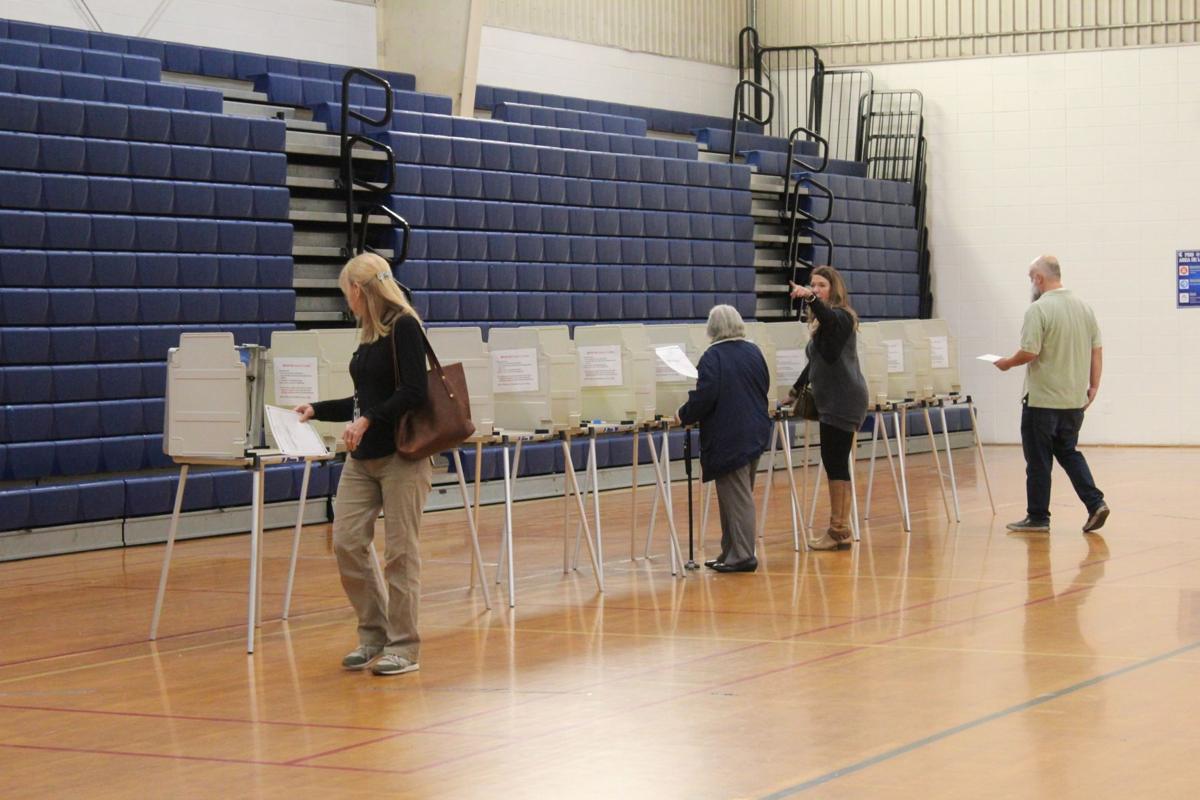 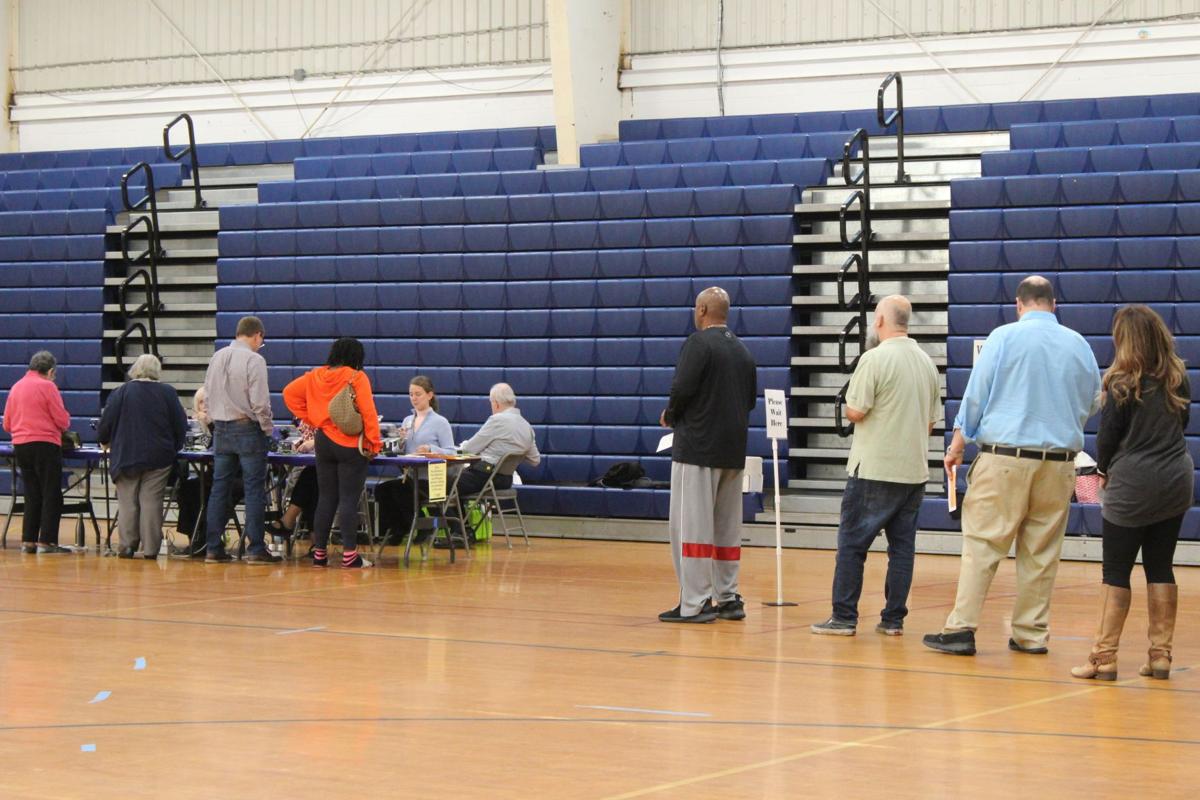 Smyrna residents line up at Campbell Middle School to vote on Tuesday. 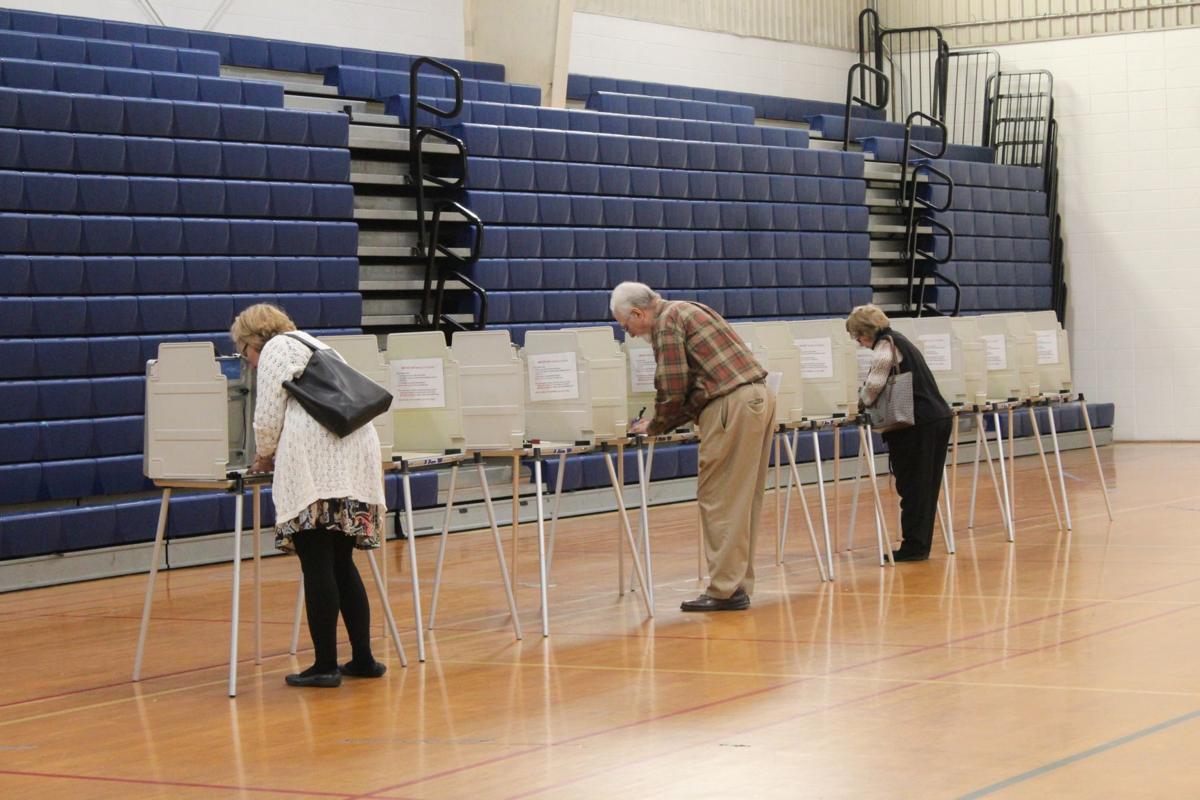 A Smyrna resident walks into the polling location at Campbell Middle School on Tuesday.

Smyrna residents line up at Campbell Middle School to vote on Tuesday.

Thousands of voters turned up to polling locations throughout Cobb County on Tuesday to elect their preferred candidates among the 43 hopefuls vying for 22 mayoral and council member seats in the cities of Acworth, Austell, Kennesaw, Powder Springs and Smyrna.

By 3 p.m. over 5,500 people had voted at their local Election Day precinct, Cobb County Elections and Registration Director Janine Eveler told the MDJ.

“Voting has gone pretty well, we had a good turnout in Smyrna,” she said around 5:30 p.m. Tuesday, just over an hour before the polls closed. “The main questions we’ve been getting from people have been about their eligibility to vote, because a lot of people see there are elections happening in their communities and think they’re able to vote but they don’t know they have to be living in the city limits to vote in these elections.”

Around 2,500 city voters in Cobb cast their ballots early, before Election Day, for their municipal leaders.

Among the 5,500-plus votes cast between 7 a.m. and 3 p.m. Tuesday in the five Cobb cities holding elections this year, almost 3,800 were cast in Smyrna, representing over 10% of that city’s registered voters.

In total, around 74,000 residents were registered to vote in Tuesday’s Cobb elections, which served as a trial run for a paper ballot voting system that Georgia intends to implement statewide as a backup for its new electronic voting system.

The new electronic system was also being trialed in select Georgia counties Tuesday, including Cobb in part, where several of the new voting machines were made available for those physically unable to mark a paper ballot.

In Cobb, all able voters registered their choices on a paper ballot, using a privacy booth, before putting their marked ballot through an electronic scanning machine, which told them whether their vote had been successfully cast.

“They seem to be OK with getting a paper ballot,” Eveler said of Cobb voters.

Those voting at Campbell Middle School in Smyrna on Tuesday afternoon looked to have the hang of it.

Kelly Wilkinson, a 14-year Smyrna resident, was accompanied at the polling booth by her 10-year-old daughter and said the opinions of the city’s five mayoral candidates regarding schools and education swayed her vote.

“Smyrna’s growing so fast, that’s one of my main concerns,” Wilkinson told the MDJ. “I think Mayor Max Bacon did a great job growing the city but it doesn’t hurt to get someone new in and see what they can do as far as overcrowding, the road system and schools.”

Fellow Smyrna resident Damon Willis, who also has school-aged children, told the MDJ he voted for Ryan Campbell to be mayor because he likes the 26-year-old’s attitude and ideas concerning education.

“I also like that he (Campbell) is a small business owner in the city,” Willis said. “I think Mayor Bacon did a good job, and the results of that are in the growth that the city’s experienced over the last three decades, but I also think that it’s time for new leadership because Smyrna is much more diverse than it was 30 years ago.”

Willis said he and his wife Yashira moved to Smyrna from Memphis, Tennessee, in 2011 and immediately liked the feel of the city.

“One of the greatest assets that Smyrna has is its diversity,” Willis said. “And it’s nice to see women and people of color on the ballot.”

Deputy Secretary of State Jordan Fuchs told the MDJ the results of Cobb’s paper ballot trial in Tuesday’s elections will be closely analyzed in preparation for the next round of voting in Georgia.

“I’m welcoming conversations from all of our county election directors,” Fuchs said.

Cobb County’s trial of a paper-ballot voting system, as well as limited use of the state’s new voting machines, were largely successful during…

GDOT: Design changes will save over 100 properties from the path of the 285 express lanes