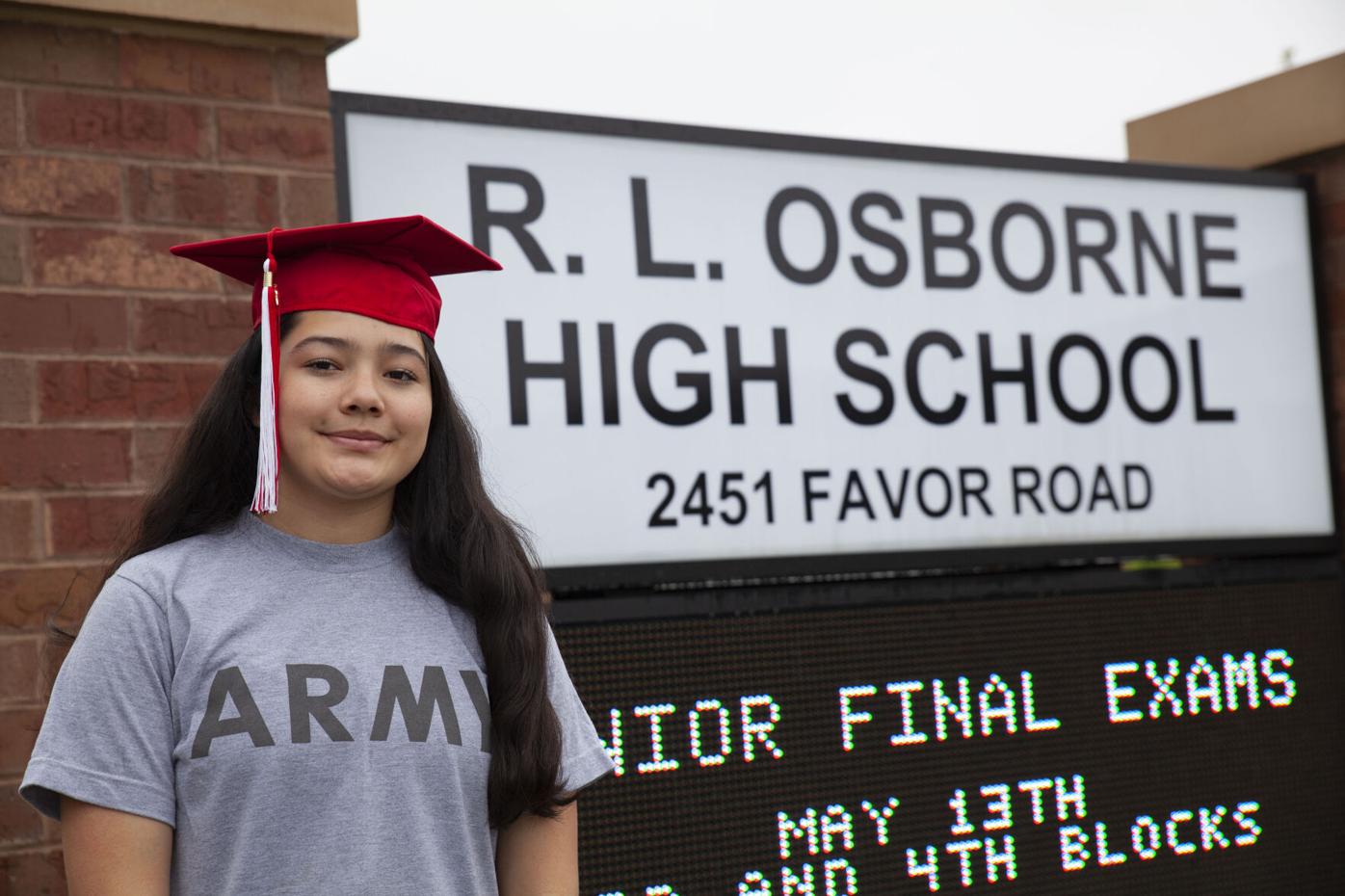 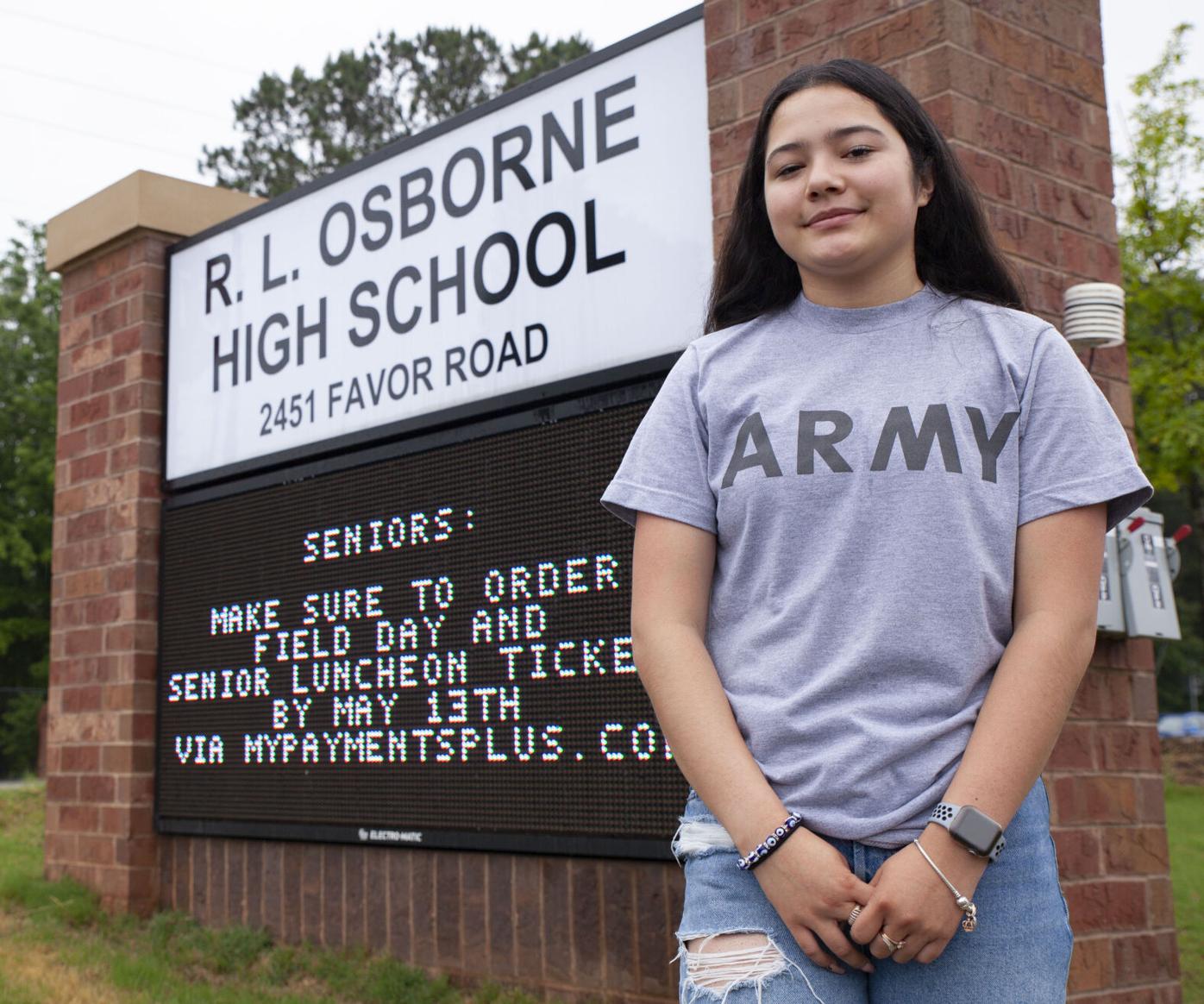 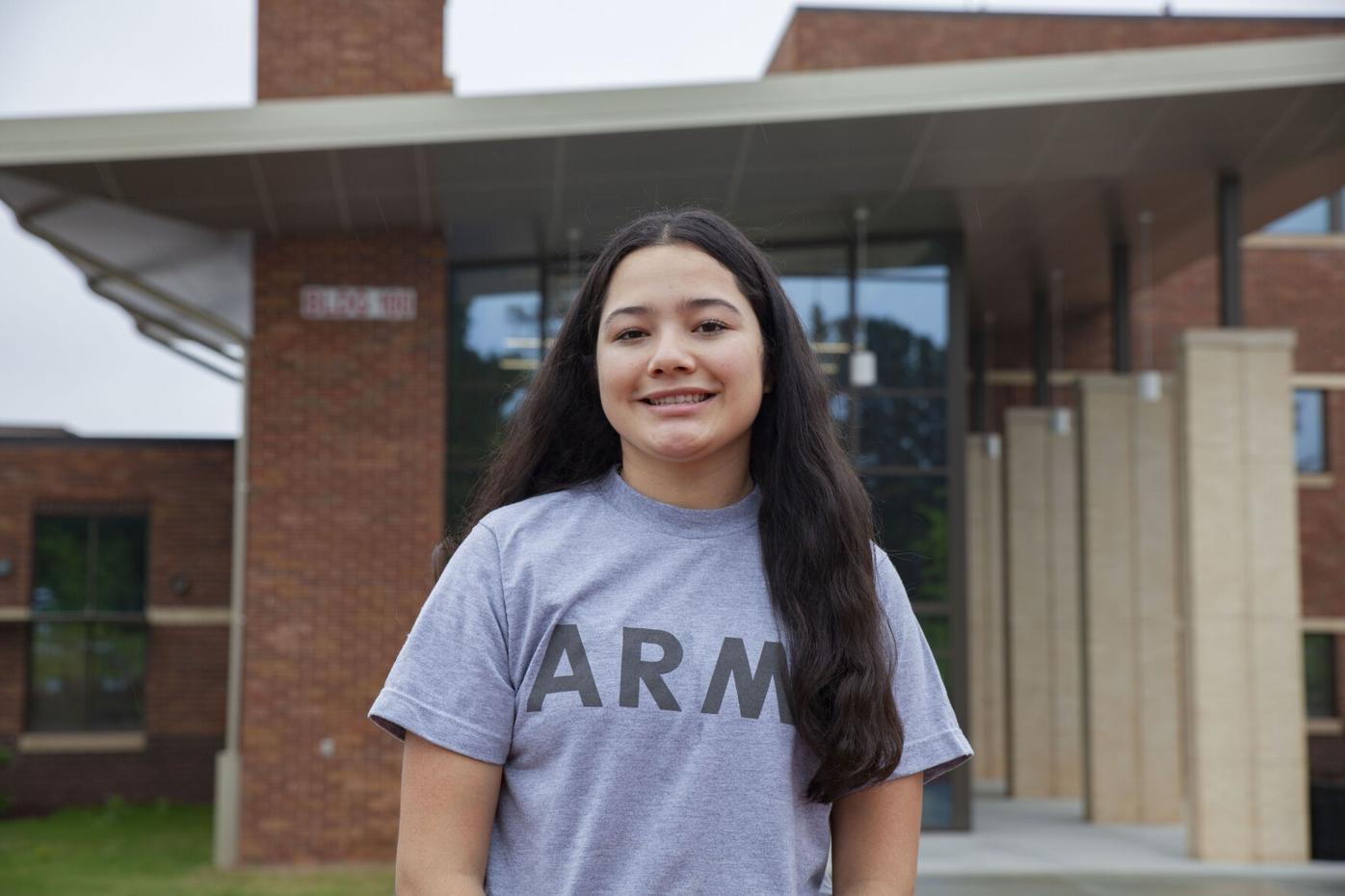 Editor’s note: This is the seventh in a longstanding annual series in the MDJ spotlighting the county’s best and brightest as they graduate high school.

Her whole life, Natalie Aguirre said her parents pushed her to “do better” than they had in their lives. And Aguirre credits a military program at her high school with helping her achieve that goal.

“It’s really helped me,” Aguirre said of Osborne High School’s Army Junior Reserve Officer Training Corps. “It’s because of our instructors. I think they’re the best of the best.”

The high-ranking cadet officer will head off to basic training in the Army after her graduation from Osborne in June. She said she’ll study sports medicine after she leaves service, which could be after five years, or longer, depending on how much she enjoys her time in the military. Either way, she said, she plans to get a college degree while on active duty.

“I want to be a physical therapist or athletic trainer for professional sports,” Aguirre said.

Her favorite community service, she said, was visiting elementary schools to teach the younger students about Osborne’s JROTC program and leadership.

“They always loved us. They really wanted us to come back,” she said, adding that the visits weren’t allowed over the past school year because of COVID-19.

Aguirre made her way up the chain of command in the program and was captain of the raider team. The raider team competes against other schools across the state and country in contests that test the team’s physical fitness, agility, teamwork and other skills.

In the 2020-21 school year, Aguirre led the team to multiple top 5 and top 10 finishes at a national level and placed fifth in the country in a contest for individuals.

Aguirre said JROTC and the raider team challenged and helped to build her leadership skills, physical and mental toughness and determination. Aside from pushing through the physical drain that made her want to quit, Aguirre said she had to hold together a team roster that continued changing through an abnormally long competition season because of COVID-19.

“We usually end in November, but we didn’t end until February,” she said. “Sometimes I’d just want to quit and give it up ... But then I thought, ‘No, I can’t do that to my coach, I can’t do that to my peers. They’re going to look at me ... giving up like that.’ Once you start something, you have to finish it.”

But, she said, traveling to compete in other areas with communities that looked different presented challenges of self control as well. Aguirre said her raider team, made up of mostly Hispanic students, was sometimes met with racist comments from other teams.

“We’d get hate,” she said, adding that she and others were shocked when it happened. “We wouldn’t say anything — it was hard to not say anything — but our coaches would just be like, ‘Y’all are just going to show them when they don’t place and you do.’”

Aguirre said much of her ability to stay focused and let distractions like that fade into the background came from her instructors, Chief Warrant Officer 4 Rodney Fagan and Master Sgt. Delana Woodson, who helped her frame her decisions from the perspective of a role where others would be watching her actions.

“(They) would push me to motivate myself, because she’d see me pushing other people but not myself,” Aguirre said. “They’re like my role models.”

Fagan said the program will have quite a hole to fill when the student leader graduates.

“We’ll miss her,” he said. “She’s a leader, but she’s just so pleasant. She gets along with everyone. Definitely a pleasure to have in the program.”

Fagan said Aguirre “kept the whole team together” through the raider team’s season’s uncertainty and came motivated to practices, encouraging her teammates even when she was likely exhausted herself.

“We want to build great leaders, and that was one thing that was so evident about her. And if she was ever frustrated, I never knew,” he said, adding that she’ll fit right in with the best of the best in the Army.

And while she credits JROTC and her instructors with much of her success, she also says her parents’ constant encouragement and challenging of her and her siblings put positive pressure on her to do her best.

For her part, Aguirre’s mother, Modesta Guzman, said she’s filled with pride to see her daughter giving her all to build herself the life she wants.

“We’re just so proud of her,” Guzman said. “With education ... we didn’t have the chance, but she does. So we just keep telling her, ‘Just keep doing whatever you want. You can do it. You just have to focus and just keep doing (it).’”

While she’ll miss the JROTC program, her instructors, competing with her teammates and her other teachers and classmates, and while there’s certainly pressure to succeed for the sake of setting an example for others, Aguirre said there’s also pressure on herself to be the best she can be and excitement for what is to come.

“I want to accomplish my own things, and do better,” she said.

Editor’s note: This is the sixth in a longstanding annual series in the MDJ spotlighting the county’s best and brightest as they graduate high…

Editor’s note: This is the fourth in a longstanding annual series in the MDJ spotlighting the county’s best and brightest as they graduate hig…

Editor’s note: This is the fifth in a longstanding annual series in the MDJ spotlighting the county’s best and brightest as they graduate high…

It’s exciting enough to receive an appointment to the U.S. Naval Academy, but when you’re expected to graduate a century after your great-gran…

Two students at Marietta’s Mt. Bethel Christian Academy have shown their academic prowess and were named the school’s 2021 valedictorian and s…

A local valedictorian from the Class of 2017 has moved on to graduate as a distinguished graduate from the United States Air Force Academy.

Studio opts out of city project

Here’s where Georgia ranks for obesity