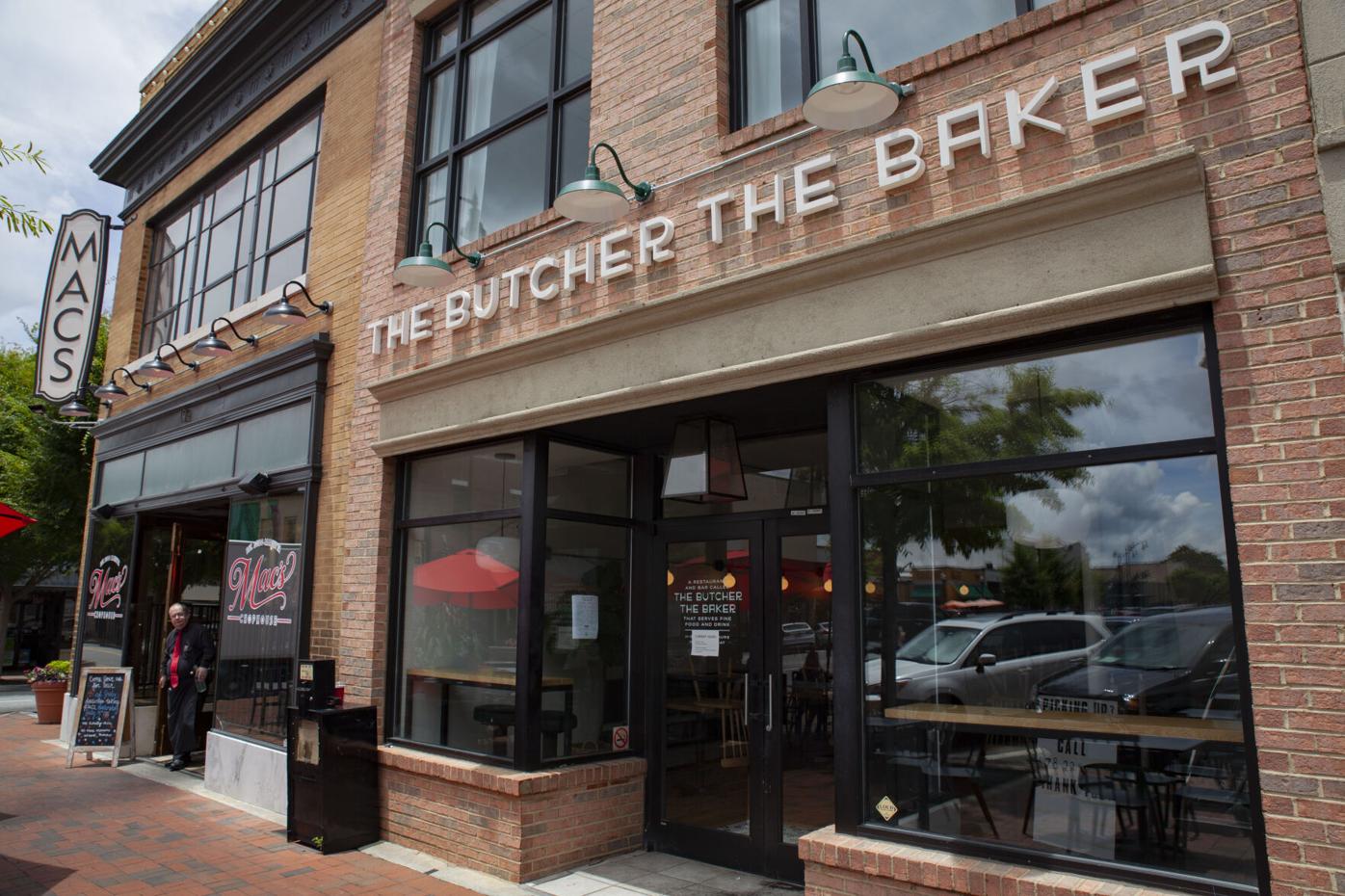 The Butcher The Baker, a locally owned and locally-sourced Southern restaurant, will serve its last customers at its Marietta Square location on Friday, according to its social media. 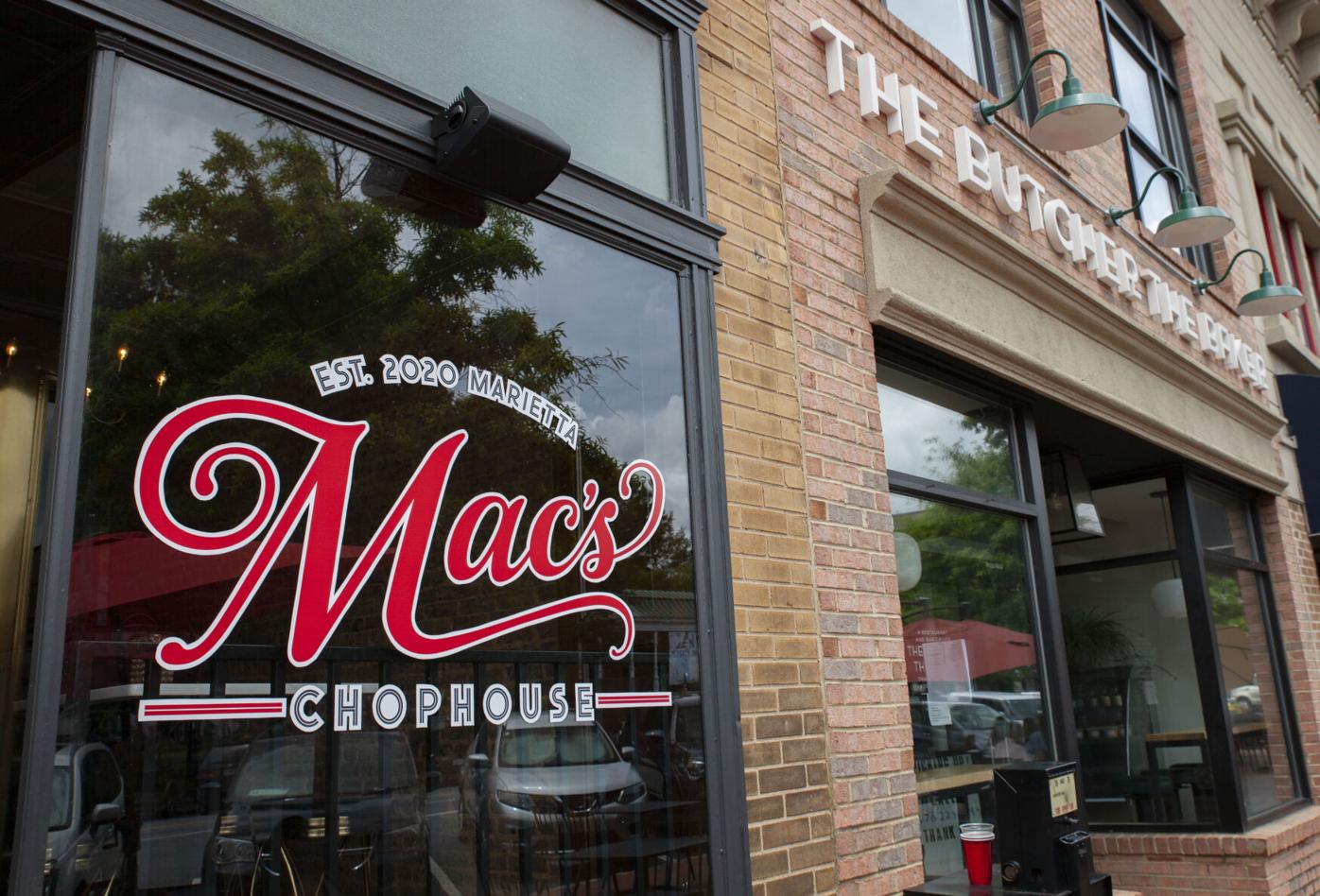 The Butcher The Baker, a locally-owned and locally-sourced Southern restaurant, will serve its last customers at its Marietta Square location on Friday, according to its social media.

The Butcher The Baker, a locally owned and locally-sourced Southern restaurant, will serve its last customers at its Marietta Square location on Friday, according to its social media.

The Butcher The Baker, a locally-owned and locally-sourced Southern restaurant, will serve its last customers at its Marietta Square location on Friday, according to its social media.

MARIETTA — The Butcher The Baker, a locally-owned, farm-to-table, seasonal Southern restaurant, will serve its last customers at its Marietta Square location Friday, according to owners Micah and Katie Pfister.

The couple posted on the restaurant’s Facebook page this week, thanking its many patrons over the course of its nearly nine years in Marietta and saying they’d had to “make some huge decisions over the past couple months that are going to mean some BIG changes.”

Micah Pfister told the MDJ on Thursday that he and his wife had been offered an opportunity to do something exciting and completely different “off the Square,” and had to take it. Although he declined to provide details about the new venture, he said it is not “necessarily” a restaurant endeavor but will hold true to The Butcher The Baker’s values of “making everything in-house” and the other standards the couple holds in high regard.

He also allowed that the new venture will require “the build-out of a building” and estimated that construction could be complete early next year, possibly sooner.

The Butcher The Baker, like most restaurants, had to change its business model during the pandemic. It began offering family-style meals that differed each day and could be ordered online, with the menu announced at the beginning of the week.

But Micah Pfister reiterated it wasn’t lack of community support that has led to the move.

“We just want to do some different things,” he said.

Micah Pfister also said he and his wife were able to spend more time at home with their children during the pandemic. The new project will allow them to do that more.

“We are starting this off with the two simple words that are never enough but here we go…THANK YOU! Thank you Marietta for just under 9 years serving you, helping you celebrate, feeding you, and growing with you,” the Facebook post reads. “We have enjoyed every single night of service and we owe our success to each of you and your support you have shown and given us, it has meant the world to us especially over the past year. More than we can explain and more than you will ever know. Every meal you chose to share with us made our dreams come true.”

Commenters on its Facebook post expressed their melancholy over the restaurant’s move but excitement over the veiled “new venture.”

“Going to miss this place, but can’t wait for new venture. Good luck! And I’ll be there on opening day,” one comment said.

“Seven years ago I ended up in Marietta on a whim for a weekend and stopped here with my husband for dinner,” began another. “The atmosphere, service, and food was beyond phenomenal that we still to this day tell people about how amazing The Butcher The Baker in little Marietta Square was. Many thanks for that amazing night and many well wishes and congratulations on your coming venture.”

MAC’S CHOPHOUSE TO EXPANDWith the restaurant moving out, the question turns to who or what will replace it.

McCray told the MDJ on Thursday he had, just this week, finalized the details of his endeavor to expand into The Butcher The Baker’s building, which is owned by the family of former Marietta councilman and local real estate mogul Philip Goldstein.

He said he’ll be taking over the space, effective July 9.

McCray said his first glimpse into the future of his expansion into the building next door to Mac’s, which opened after replacing Marietta staple Shillings on the Square last year, was when he caught wind that The Butcher The Baker was looking to rent its upstairs space six or eight months ago.

“I reached out to them, and I said, ‘Hey, this is what I’ve heard, it’s probably a rumor,’ and they came back and said, ‘Yeah, it’s a rumor,’” McCray said. But, McCray continued, the owners approached him about six weeks ago and asked if he was still interested in the space, as well as the downstairs area.

“I said, ‘Absolutely, let’s talk,’” McCray said. “Things just kind of came together a week and a half ago.”

Micah Pfister said McCray’s interest meant everything worked out the way it should have.

McCray said the building will be remodeled inside, and access will be created between the upstairs of Mac’s Chophouse and The Butcher The Baker’s building.

McCray said he’ll be turning the upstairs into a board or conference room setting for corporate and other events of 15 to 25 people, and customers will be able to have lunch or dinner while they meet.

“Kind of like a meeting room where they can come and do presentations and have 10, 12, 15 people, and I’ll have a nice telecommunications system set up,” he said, adding that another space planned for upstairs will be able to hold 40 to 50 people. The added conference space was an idea born from community demand, he said.

“There’s not a lot of event space of that size in the Cobb area,” McCray said. “So we thought it would be a great flow.”

Plans for the downstairs area are still in the works, he said, though it won’t be part of Mac’s. He said it could become a restaurant or retail space.

Overall, McCray said he’ll be gaining about 1,800 square feet upstairs and a little less downstairs. With the community’s exciting and humbling response to Mac’s opening, McCray said he’s confident the expansion will also be a hit.

The hope, he said, is to be ready to open the newly remodeled space next door by Sept. 1.

Marietta is mourning the death of Dave Reardon, whose bar and restaurant, Shillings on the Square, was a Marietta Square staple for more than …

EAST COBB — East Cobb residents are expected to have a new place to wet their whistles, whet their appetites and enjoy some live music this sp…

Hamp and Harry's — with craft cocktails, lunch and dinner — to replace The Bramble on the Square

The shadow of the Capitol riot

Poison hemlock is invading Indiana. It's not alone. These 5 poisonous plants are too.

Crews continue to clean up oil discharge from Golden Ray

Cops: One jailed, one hospitalized after party ends in stabbing