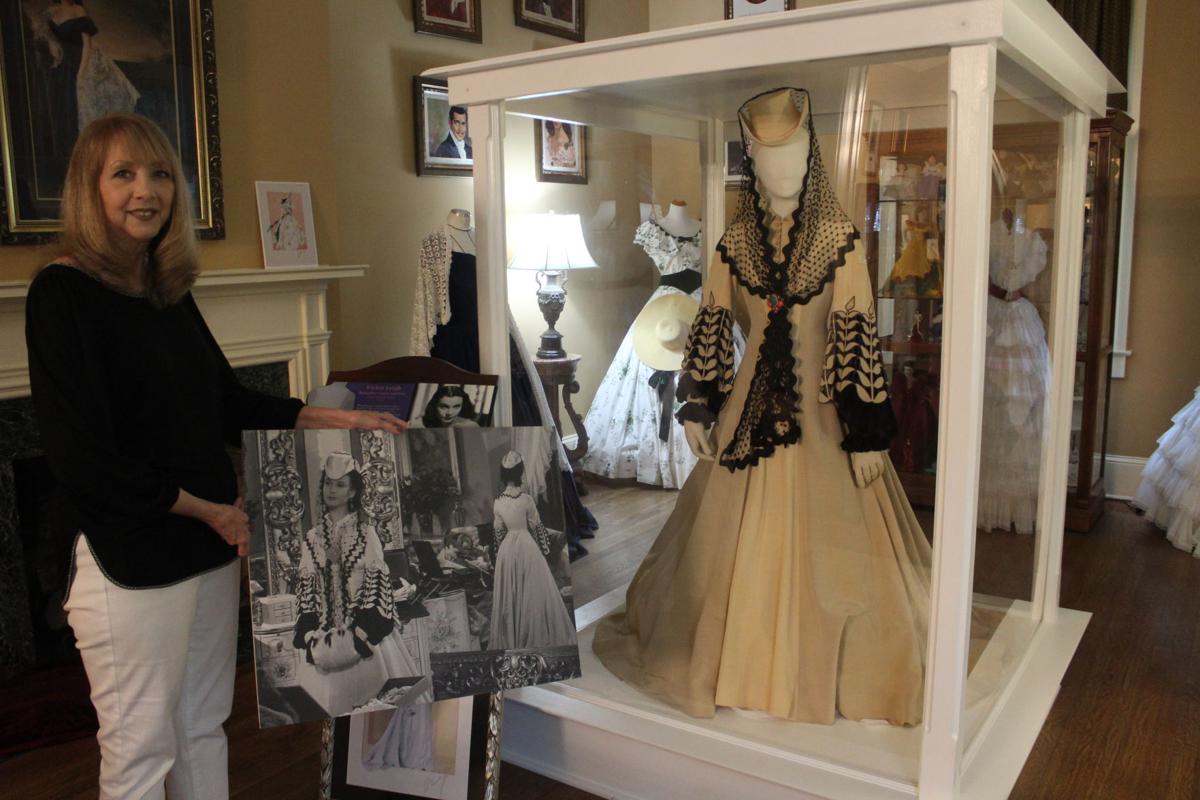 Marietta Gone with the Wind Museum director Connie Sutherland shows off one of the museum’s prize artifacts, a dress worn by Vivien Leigh in the film. 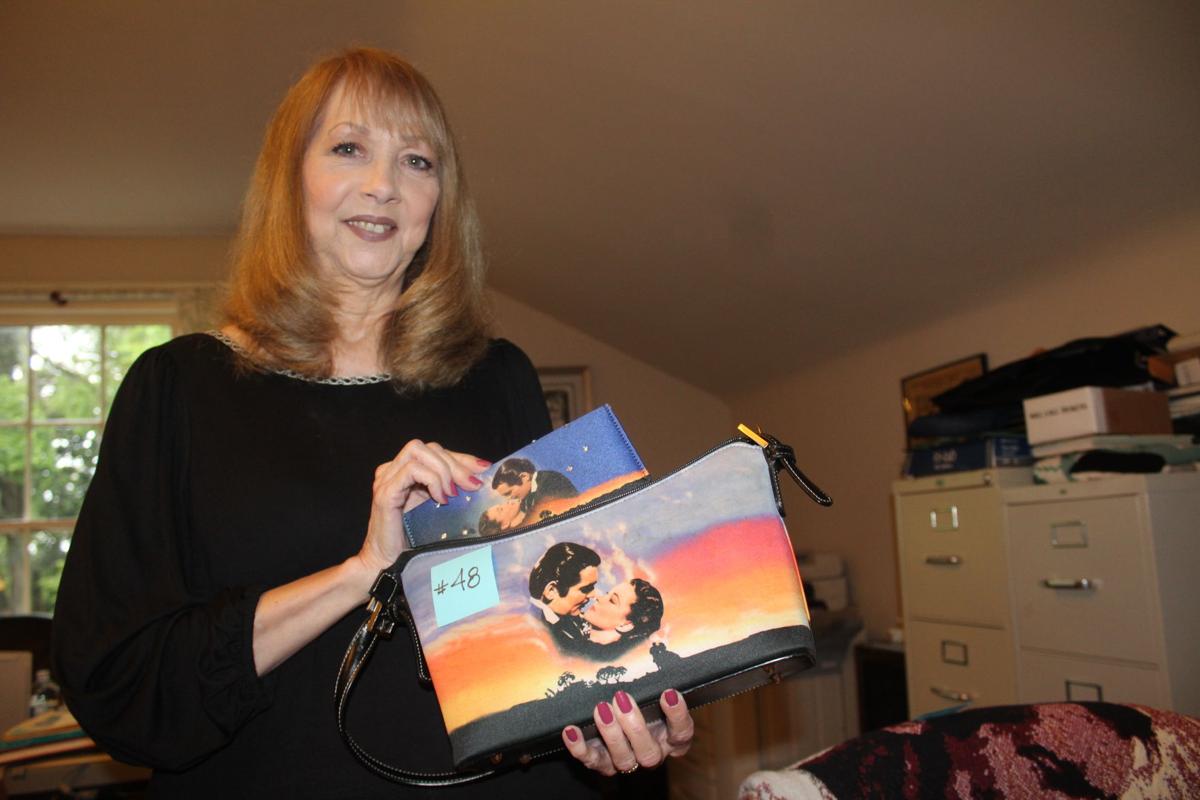 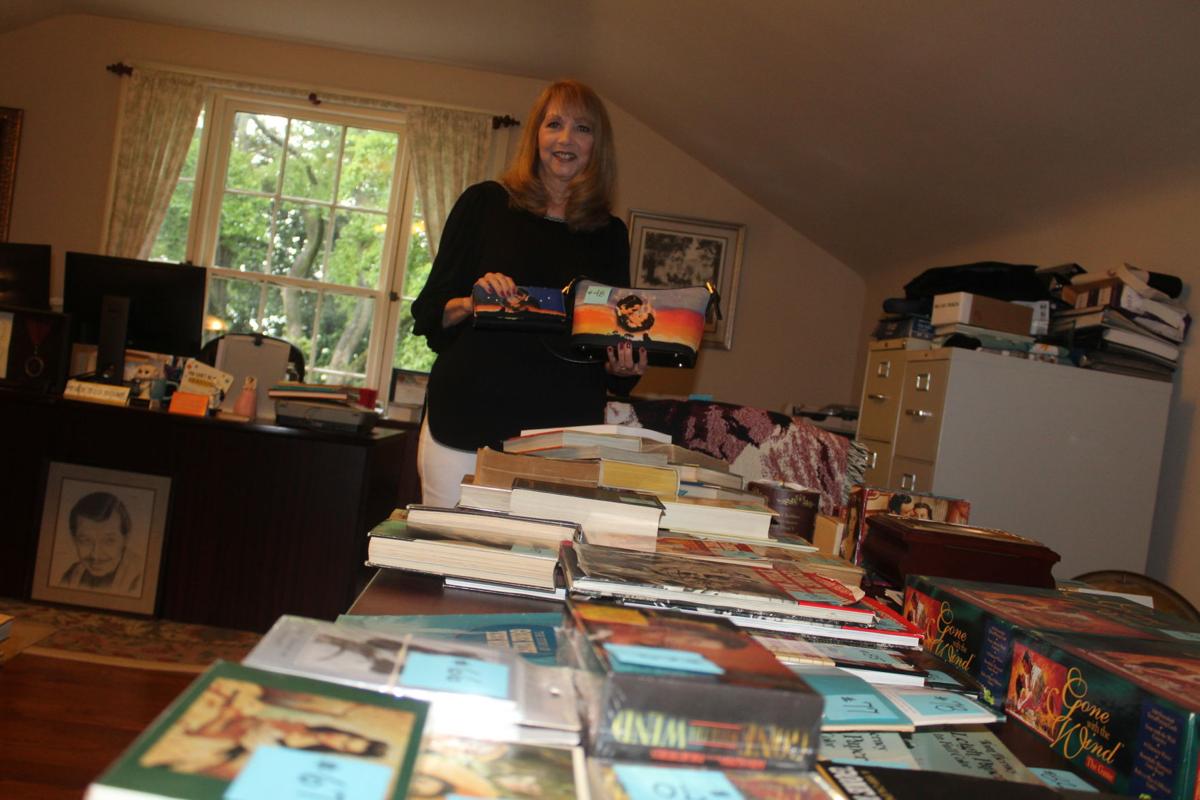 Marietta Gone with the Wind Museum director Connie Sutherland shows off one of the museum’s prize artifacts, a dress worn by Vivien Leigh in the film.

Nearly 80 years ago, movie audiences first witnessed the travails of Scarlett O’Hara and Rhett Butler on the big screen.

“Gone with the Wind” was a milestone in cinematic storytelling, and the epic story set during the Civil War era still enchants viewers today.

The Marietta Gone with the Wind Museum will celebrate the film’s 80th anniversary June 21 to 23 with events featuring artifacts from the shooting, stars, collectors and other experts on the film. This year marks the first anniversary of the film the museum has celebrated since moving from Marietta Square to Brumby Hall.

The MDJ caught up with the museum’s director, Connie Sutherland, in her office Saturday, where she was cataloging donated items to be auctioned off June 23.

Sutherland, who was up to 131 items and counting, said the auction is set to be the biggest one yet at the museum.

A table to the side of the room was stacked with plenty of books, VHS tapes still in the plastic wrap, “Gone with the Wind” calendars, blankets, music boxes, puzzles, purses and more. A green plastic print of Rhett Butler that glows under a blacklight sat at the back of the stack.

For Sutherland and many other fans, the best pieces of memorabilia are the ones made by fans. She showed off a hand-made piece that features wooden cutouts of Scarlett O’Hara and Rhett Butler with different outfits to attach to the dolls. From another box, she pulled a fan’s scrapbook including two tickets to a January 1940 screening and copious newspaper clippings about the film and its stars.

“I’ve seen stitched pillows, you know, where people, women who crochet and do the needlepoint and all that, would do images of Scarlett and Rhett on a pillow,” Sutherland said. “And it would be 50 years old. They just did it because they were ‘Gone with the Wind’ fans. … When you can give the fans something to bid on that no one else has but you, they like that.”

Sutherland said many involved in the film’s production knew from the start they were making something special.

Atlanta writer Margaret Mitchell’s novel on which the film was based was released three years earlier in 1936 and sold over a million copies in six months, she said.

In addition, she said producer David O. Selznick’s willingness to far exceed the film’s budget suggests to her he knew he had a hit on his hands.

“People like that don’t really go over budget that much unless they think they’re getting it back,” she said. “So I would say that he probably thought from the beginning it would be pretty famous, but I don’t know that anyone, from that time especially, would have thought 80 years later we would have this.”

Sutherland said she thinks the book and film have remained popular for so long because they carry a theme everyone can relate to: survival in the face of hardship.

She recalled one touching conversation she had with a fan who was living with relatives after her home was destroyed in Hurricane Katrina.

“She said, ‘This is completely stupid, probably, to most people, but you’re in the business, so maybe you won’t think so much of me as crazy,’” Sutherland said. “But she said ‘I’ve loved ‘Gone with the Wind’ all my life, and just reading the book gave me hope. When I was feeling down, you know, knowing Scarlett could do it, I can do it too.’”

Sutherland said she sent the woman a music box with the famous “As God is my witness, I’ll never be hungry again” quote on it.

She said she has noticed the film resonates with people who have lived through war. She said she was moved during a tour she led of the Margaret Mitchell house in Atlanta when an elderly Japanese man paused to say a quiet prayer in front of the typewriter Mitchell used to create her novel.

Despite its dedicated fanbase, the film has not gone 80 years without controversy. Modern critics find fault with the book and film’s depiction of blacks as inferior to whites and the rosy portrayal of the lives of enslaved people.

Sutherland acknowledged the works are products of their time but said the fans who come to the museum come from many backgrounds and appreciate the book and film for their compelling themes and strong female protagonist.

If “Gone with the Wind” means something to you, the weekend’s events may be the next best thing to a trip to Tara.

♦ John Wiley Jr., Margaret Mitchell scholar and owner of one of the world’s largest collections of Mitchell and “Gone with the Wind” memorabilia, will open the festivities Friday at 1:30 p.m.

♦ Michael Westmore, son of “Gone with the Wind” makeup supervisor Monte Westmore, is also set to speak Friday. The Westmore family has produced some of Hollywood’s top makeup artists for generations, and Michael Westmore is perhaps best known for creating the alien species in the “Star Trek” franchise.

♦ Broadway actor Miller Lide, who was close friends with “Gone with the Wind” star Vivien Leigh, is scheduled to share stories of his lifelong friendship with the actress and with other notable stars.

♦ Prominent collectors, artists and costumers will take the stage at Marietta City Hall to share a presentation about Scarlett’s iconic outfits and the historical fashions behind them.

♦ A professional photographer will stop by Brumby Hall to snap photos of cosplayers in their hoop skirts and Civil War uniforms, and awards will be given out to those with the best costumes.

♦ Actress Susie Lindeman will reprise her role as Vivien Leigh in a special performance of “Letter to Larry,” a one-woman show about Leigh’s later years written by Donald Macdonald.

♦ The weekend will wrap up Sunday with the auction and an autograph signing from the visiting stars.

WHAT: "Gone with the Wind" 80th anniversary celebration

WHERE: Various venues around Marietta, including the Gone with the Wind Museum and the Hilton Marietta Hotel and Conference Center

COST: A ticket to all activities is $250, but tickets to individual activities can be purchased for between $30 and $50

The Atlanta History Center, which in the past seven months has opened permanent exhibitions devoted to the “Battle of Atlanta” Cyclorama paint…