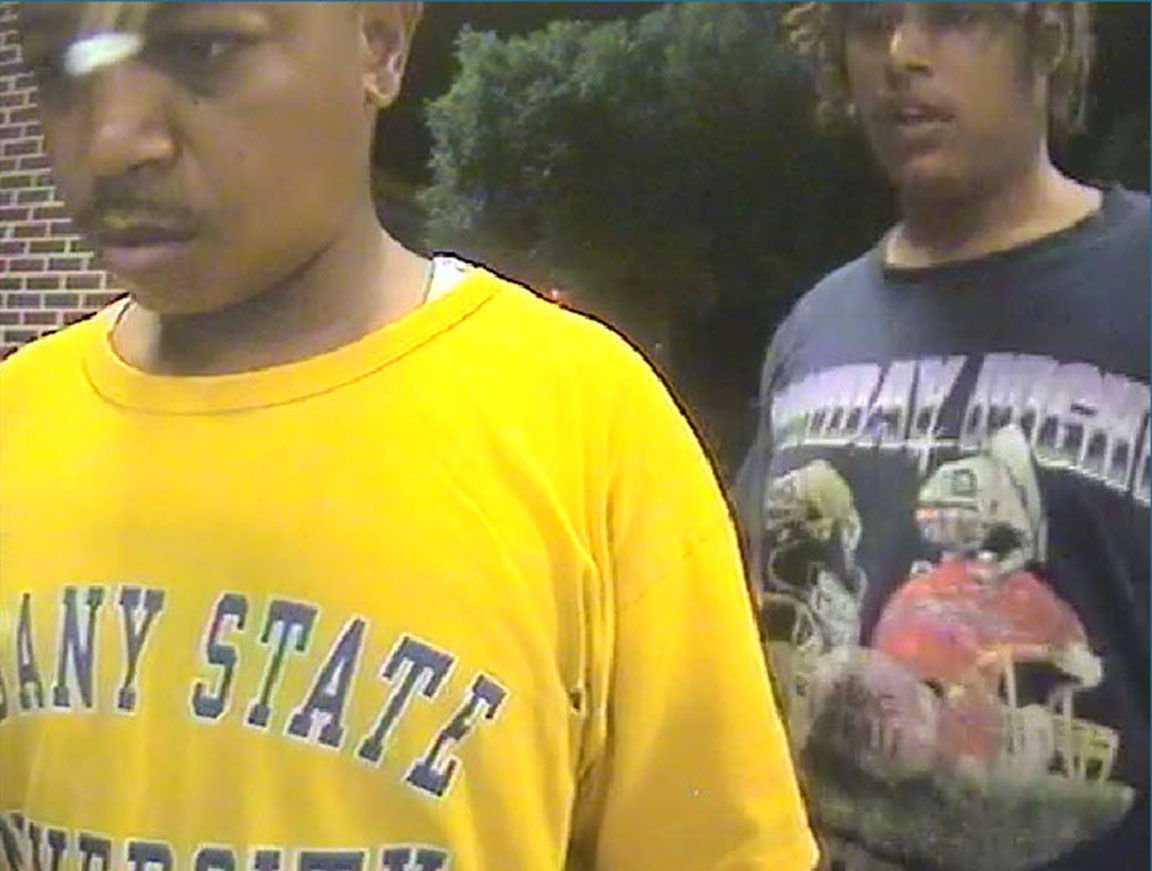 SpecialDewenzell James Spence, left, and one of the two suspects in his slaying are shown on ATM camera footage at a bank off Veterans Memorial Highway in south Cobb.

Suspects have been arrested in relation to the slaying of an Atlanta man found shot to death three years ago in woods near Mableton, Cobb police say.

Terrance Rahmon Marshall, 23, and Dontavian Jones, 19, were both identified as suspects Wednesday in the cold case of 41-year-old Dewenzell James Spence, a news release from the Cobb County Police Department stated Friday.

“Spence had been found deceased from a gunshot wound, lying in the woods behind 6370 Queen Mill Road in Mableton,” the release stated, adding that both suspects are from Cochran, Georgia, and both are now in custody.

Cochran is about 140 miles southeast of Mableton.

Authorities said Spence’s body was discovered on June 3, 2016, but he is believed to have been shot three days earlier, on May 31.

That’s when Spence allegedly left his south Atlanta home around 4 a.m., headed to the Five Points MARTA station, and was picked up by people in a white 1996 Plymouth Voyager, detectives on the case said.

Spence was driven in the van to the Bank of America ATM at 893 Veterans Memorial Highway in Mableton and made to withdraw money, before his attackers took him to a nearby wooded area, shot him and left him to die, police said.

Later in the morning of May 31, 2016, two men used Spence’s Breeze card to get on a bus at the corner of Ormond Street and Hank Aaron Drive by Turner Field, near where police believe Spence was taken.

The case remains under investigation by the Cobb County Police Department, and anyone with information is asked to contact the Crimes Against Persons unit at 770-499-3945 or cobbpolicecrimetips@cobbcounty.org.

If you know the people in these photos, the Cobb County Police Department would like to hear from you.

A Cobb inmate added two charges and a $7,500 bond to his criminal record when he physically resisted a sheriff’s deputy, causing the deputy’s …

A south Marietta bakery was robbed 10 minutes before closing by two suspects armed with a handgun and a knife, who made off with around $2,400…