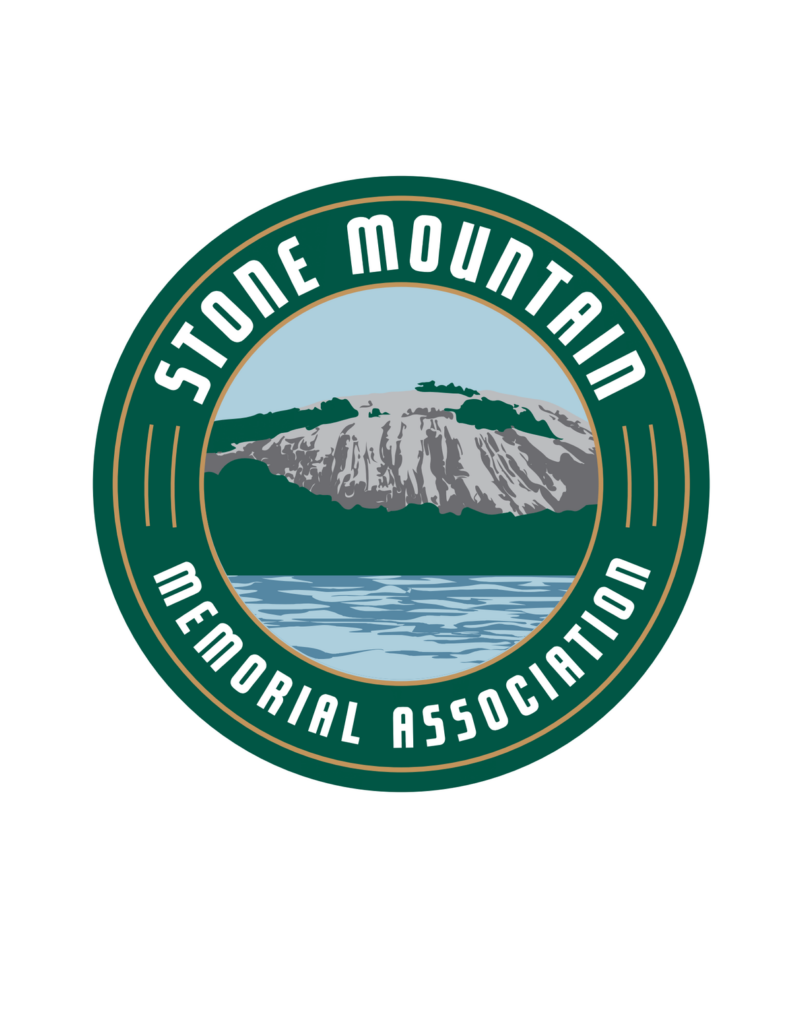 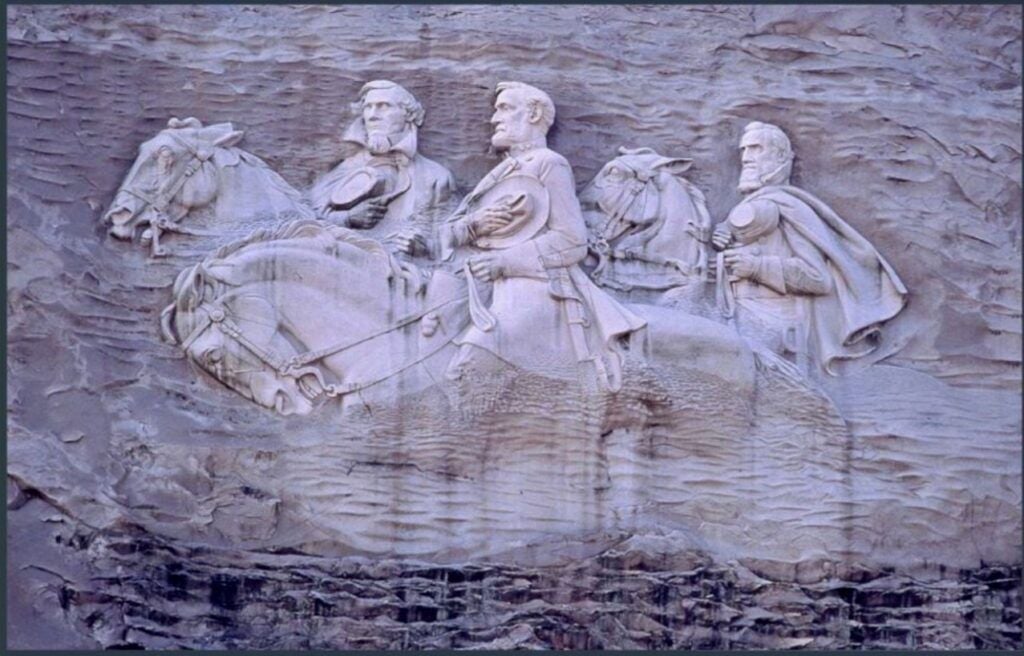 Left to right: Confederate President Jefferson Davis and Confederate Generals Robert E. Lee and Thomas “Stonewall” Jackson are carved into the side of Stone Mountain.

Left to right: Confederate President Jefferson Davis and Confederate Generals Robert E. Lee and Thomas “Stonewall” Jackson are carved into the side of Stone Mountain.

STONE MOUNTAIN — The Stone Mountain Memorial Association took the next step last Monday toward deemphasizing the Confederate symbolism that has made the park in DeKalb County a lightning rod.

The association’s board adopted a new logo that depicts the southern face of the mountain away from the massive carving of three Confederate leaders. It replaces the previous logo dominated by images of Confederate President Jefferson Davis and Confederate Generals Robert E. Lee and Stonewall Jackson.

The Stone Mountain carving was sculpted during the last century over a period of decades, a time that saw the rebirth of the Ku Klux Klan at a 1915 gathering atop the mountain and the 1954 U.S. Supreme Court order desegregating public schools.

The project was conceived during the Jim Crow era, when Confederate monuments sprang up across the South glorifying the “Lost Cause” of the Civil War as an honorable struggle for Southern independence rather than a fight to preserve slavery.

That interpretation of the war later fell into disfavor, particularly during the Civil Rights era and – more recently – during nationwide protests against police brutality that spread across the nation last year after the murder of George Floyd, a Black man from Minneapolis, by a white police officer.

With Confederate statues toppling across the South, critics of the Stone Mountain carving have called for it to be removed.

“The Lost Cause is a lie,” Teresa Hardy, president of NAACP DeKalb County Branch #5192, told board members Monday. “A lie cannot live forever.”

But Wes Freeman, a member of the Sons of Confederate Veterans, said the board’s effort to essentially ignore the Confederate memorial is destined for futility.

The Stone Mountain board passed four resolutions in May aimed at toning down the Confederate imagery associated with the park while remaining in compliance with a state law that prohibits removing historic monuments from public property.

The new logo, the subject of one of the resolutions, features Stone Mountain Lake in the foreground with the mountain rising behind it. The back side of the park, which is less familiar to many parkgoers, features two golf courses, a campground, granite quarry, grist mill and the Evergreen Conference Center.

“I think it’s a good move,” said the Rev. Abraham Mosley, who took over as the Stone Mountain Memorial Association’s first Black chairman earlier this year.

“We wanted to show the mountain and lake. I think it’s a good view of what’s out there.”

The resolutions also call for providing historic context to the carving by adding a museum exhibit at the park’s Memorial Hall, relocating the Confederate flags lining the park’s main walk-up trail to the base of the mountain, and seeking national historic site designation for a covered bridge at the park designed and built by a Black contractor from Athens.

We like winners, right? Let's ice blast the Rebs off the granite molehill and slap some Talibans up there as a replacement. Winning... It's not for losers.