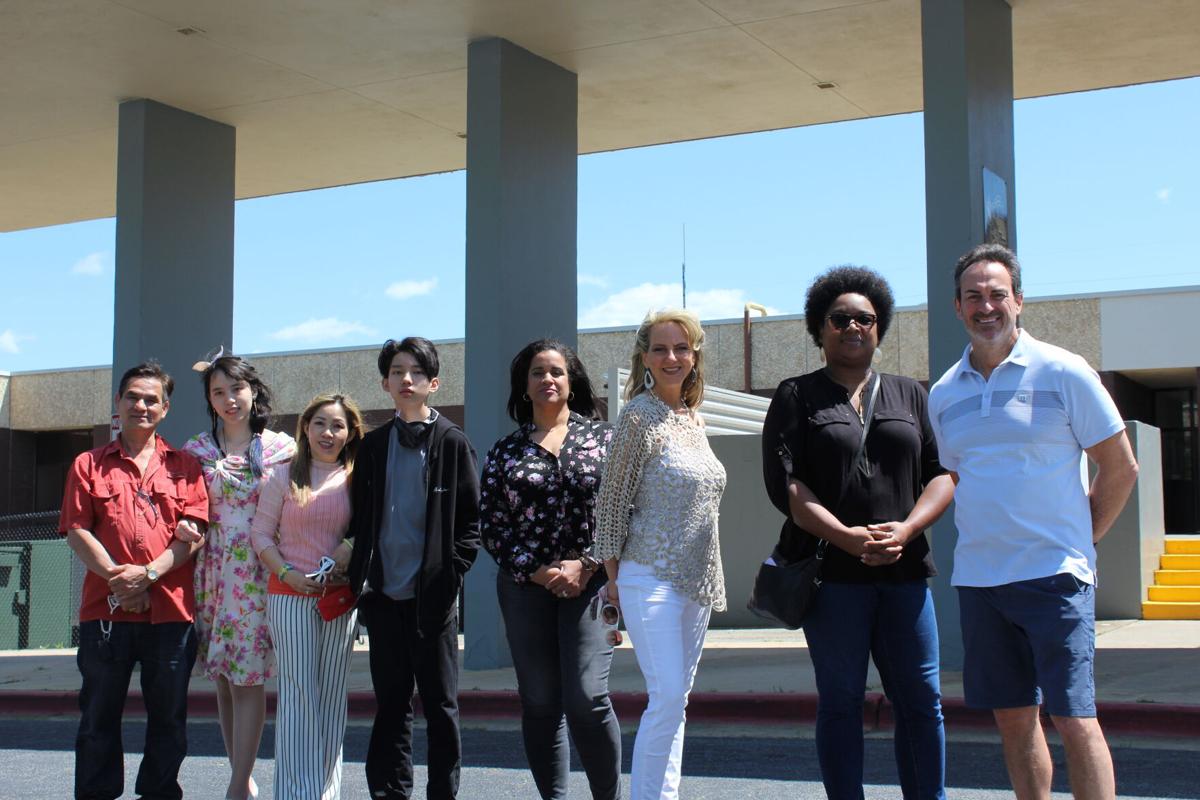 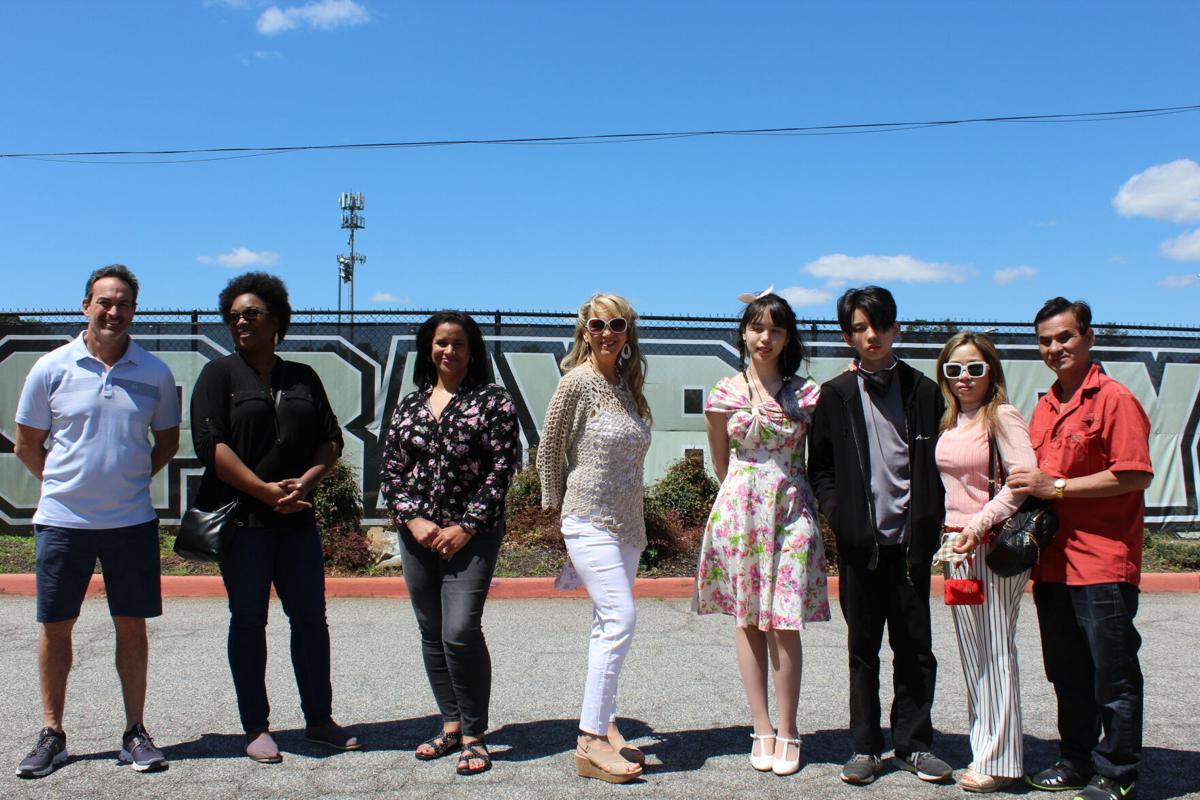 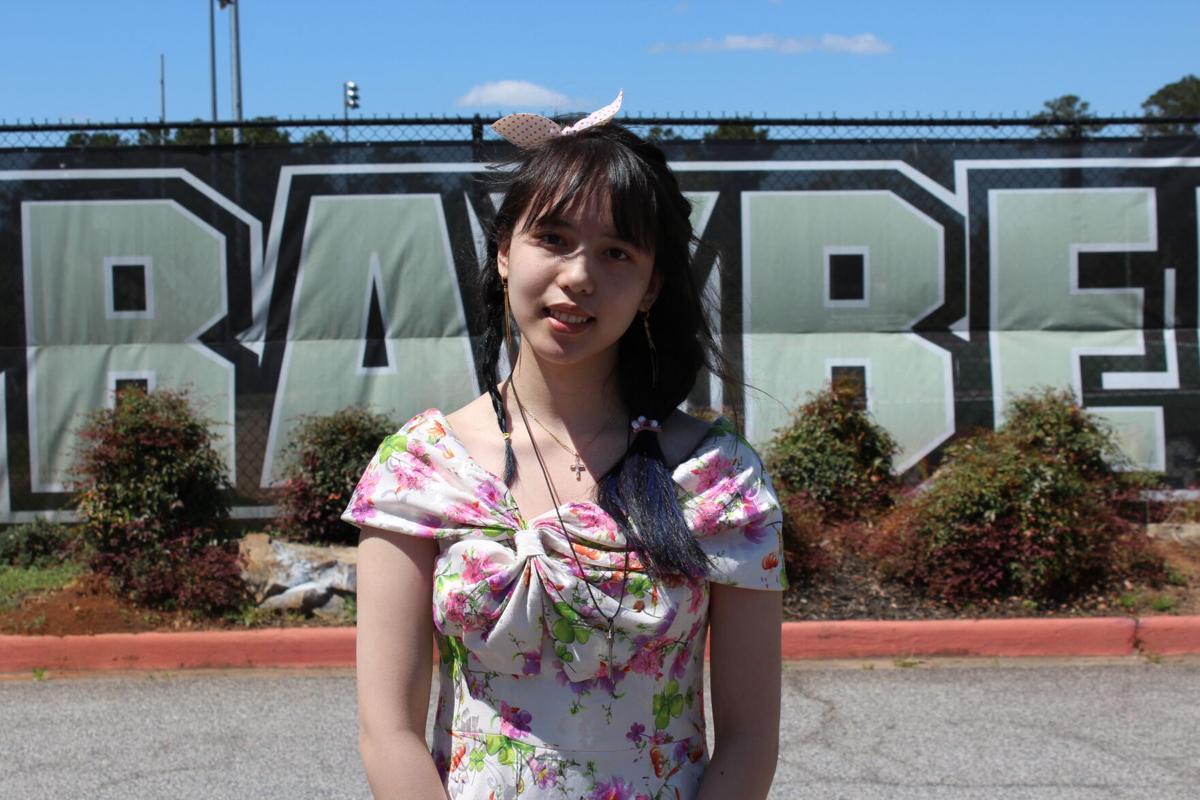 “For about 15 years, we’ve been getting pretty much lipstick on a pig,” said Shane Spink, a Sprayberry parent and resident.

Cobb voters approved the fifth iteration of Ed-SPLOST (a 1% special purpose local option sales tax for education) in March 2017. Collections began in January 2019 and will run through 2023, but Cobb Schools Superintendent Chris Ragsdale is asking voters to approve another cycle, Ed-SPLOST VI, on the ballot this November. The new cycle would begin collections after the existing one expired. The district is in the process of soliciting requests from schools and will have to choose which projects will be funded under that new sales tax cycle in the coming months.

Sprayberry’s main building was built in 1973. Though periodic updates and additions have been made over the years, the school’s drab concrete facade remains unchanged, and some parents feel the school’s age hurts community pride and creates safety concerns, namely flooding and mold.

“We’ve just gotten to the point where we’re fed up,” said Sharona Sandberg, a parent who has two graduated children and one junior student. “We’re saying, ‘We’re not backing down. We’re not letting it go, we deserve better.’”

Lena Hoang, a junior at Sprayberry, said classrooms can be crowded and the faulty intercom system makes it difficult to hear announcements.

“We all think the bathrooms stink,” she said. “Sometimes the sinks don’t work, sometimes we see some of the stall’s locks don’t work. And most of bathrooms are pretty bad. But we have to use them.”

A rebuild or significant renovations, Hoang said, would give students a better learning environment and make them “feel more like it’s ready for us to be prepared for the future instead of, like, feeling we’re stuck in the past.”

Megan Bowen has a freshman son at Sprayberry and twin daughters at Daniell Middle School, part of the Sprayberry cluster. Her daughters play softball at Sprayberry’s field, which has a port-a-potty instead of a permanent bathroom. It’s embarrassing when other schools play there, Bowen said.

Then there’s the issue of the bleachers at the football field, where Bowen watches her son run track and play football. Multiple parents said the bleachers sway and lack guardrails. Bowen has multiple sclerosis and has bought a rollator to avoid climbing them.

“I had to buy something to accommodate myself to watch my kids play sports, you see what I’m saying?” Bowen said.

It’s a well-organized, public effort, one Spink says is necessary. Sprayberry parents have complained about conditions in the past, but perhaps haven’t done enough to vocalize their frustration and lobby the school board, he said.

They aren’t staying quiet this time. On Sunday, parents are hosting a rally with speakers at the school’s parking lot at 3 p.m. They’ve asked people to bring signs and banners.

“Our school body is phenomenal. Our school, the people, the parents, the families, the staff, the custodial, I mean, they are phenomenal,” she said. “Our building is terrible.”

David Chastain, who represents Sprayberry on the school board, said the school is due for some major updates and said he’s “advocating that Cobb County show Sprayberry some love.”

“I just can’t promise you how much love until I know more,” Chastain said.

The board only just received requests for SPLOST projects from principals before spring break and hasn’t reviewed them yet. Requests come in from all over the county, and the district needs to be cautious with its spending. The parents have “kind of jumped the gun,” Chastain said.

School district spokesperson Nan Kiel said details about Ed-SPLOST VI “will be available once the District has listened to the community and staff to determine needs in each of our schools. We anticipate those needs being identified by the late summer or early fall.”

Spink said he understands the board’s predicament, having 111 schools to tend to. The board members are “all great people,” he added.

Spink emphasized that Sprayberry doesn’t deserve special treatment, only equity — “I wish every one of our schools was as nice as Walton,” he said.

In the Facebook group, alumni, residents and parents vent their frustration that Sprayberry has been treated like the “red-haired stepchild” of east Cobb. They praise the school as a melting pot of cultures and point to rising graduation rates (89.4% as of 2019, up 4% in four years).

Other east Cobb schools such as Walton, Pope and Lassiter look like “palaces,” Spink said, while at Sprayberry, “we sit here and have a school that’s falling apart and rotting.”

Over the past decade, Walton has been completely rebuilt while Pope and Lassiter high schools have received new gyms and theaters.

Sprayberry is supposed to get a new gym under SPLOST V, but that project hasn’t happened yet. The timeline for that project is unclear — Kiel, the spokesperson, said she was checking on it, but could not answer that question by press time.

Some parents can’t help but feel Sprayberry has been neglected due to a “perception problem.” Parents of other east Cobb schools repeat rumors about Sprayberry having problems with gangs and teenage pregnancy. The Sprayberry parents say the rumors are unfounded and have race-based undertones.

Spink said he knows families who lived in the Sprayberry area for its affordable home prices before moving so that their children could attend another east Cobb high school. Sandberg said when her son made the school baseball team, the other boys on his travel team said, “well that’s just Sprayberry. That doesn’t count.”

“I wonder if that negative perception is really feeding into our lack of ability to get the right funding that we need,” said Vindella Williams, whose children include two Sprayberry alumni, one student and one rising freshman.

Diversity, the parents said, is Sprayberry’s strength. It raises students outside a white, wealthy bubble. They’ll be more prepared for a world in which companies are training their workers to be more inclusive, Williams said.

“We picked Sprayberry because we wanted diversity,” Williams said. “We wanted a school body that’s going to be reflective of what our kids are going to see in the real world.”

Nearby Wheeler High School, though, is even more diverse than Sprayberry, and was completely rebuilt a few years ago. Spink says Sprayberry may just have an advocacy problem, which is why they’re pushing hard now.

Spink has also been involved in community debate about turning a dilapidated shopping center across from the school into Sprayberry Crossing, a mixed-use development featuring townhomes, apartments, senior living, retail spaces, offices, and a national grocery store chain. That project is under review by the Cobb County Planning Commission.

“I feel like the two properties are intertwined,” Spink said. “From a community standpoint, I think that they’re in the heart of the community. And the heart is damaged right now. And this is affecting everything in the community, from community pride, to home values … everything.”

Parents are correct this HS has been remodeled many times and it’s interior is a mess. Look at Walton HS. It looks like a country club. Money talks.

The school needs to be moved away from that busy intersection and far away from the hundreds of apartments going in behind the liquor store..

Why are the district lines not redrawn in East Cobb so schools are more balances as far as minority and majority population.?