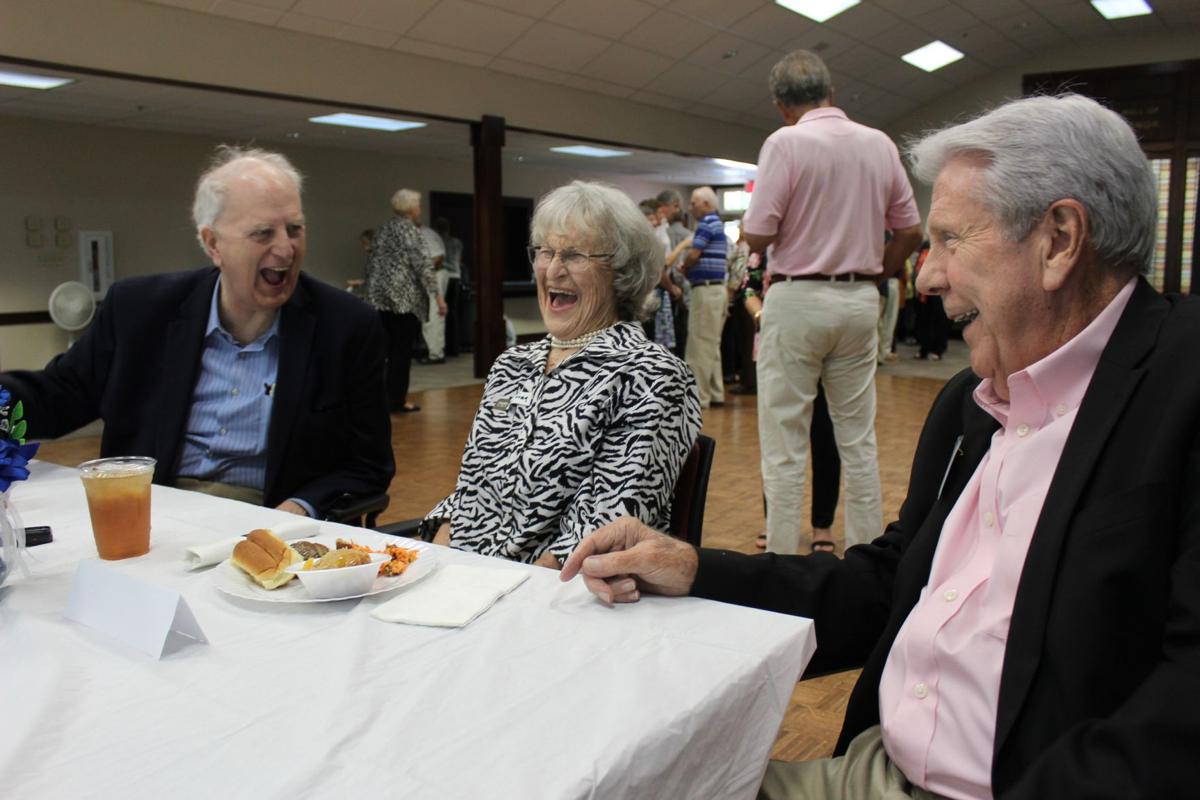 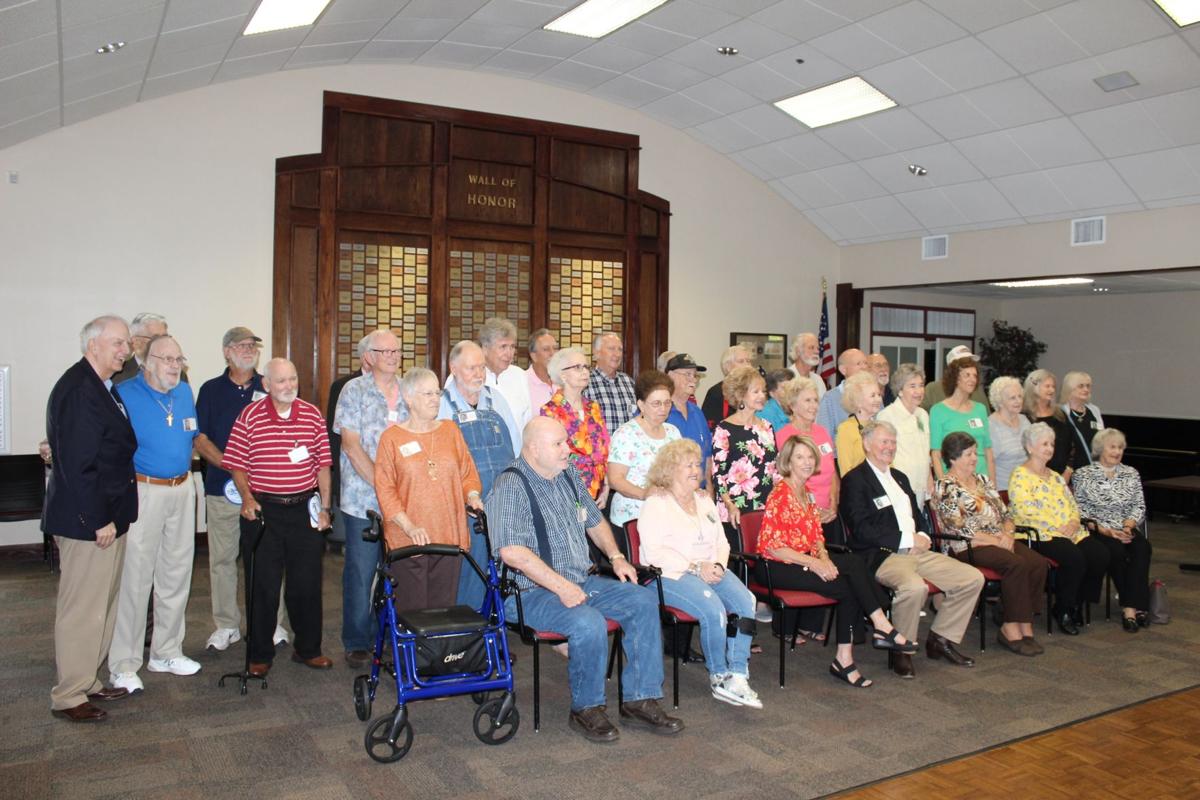 The South Cobb High School Class of 1959 gathers for a group photograph during their 60th reunion at Smyrna’s Freeman Poole Senior Center. 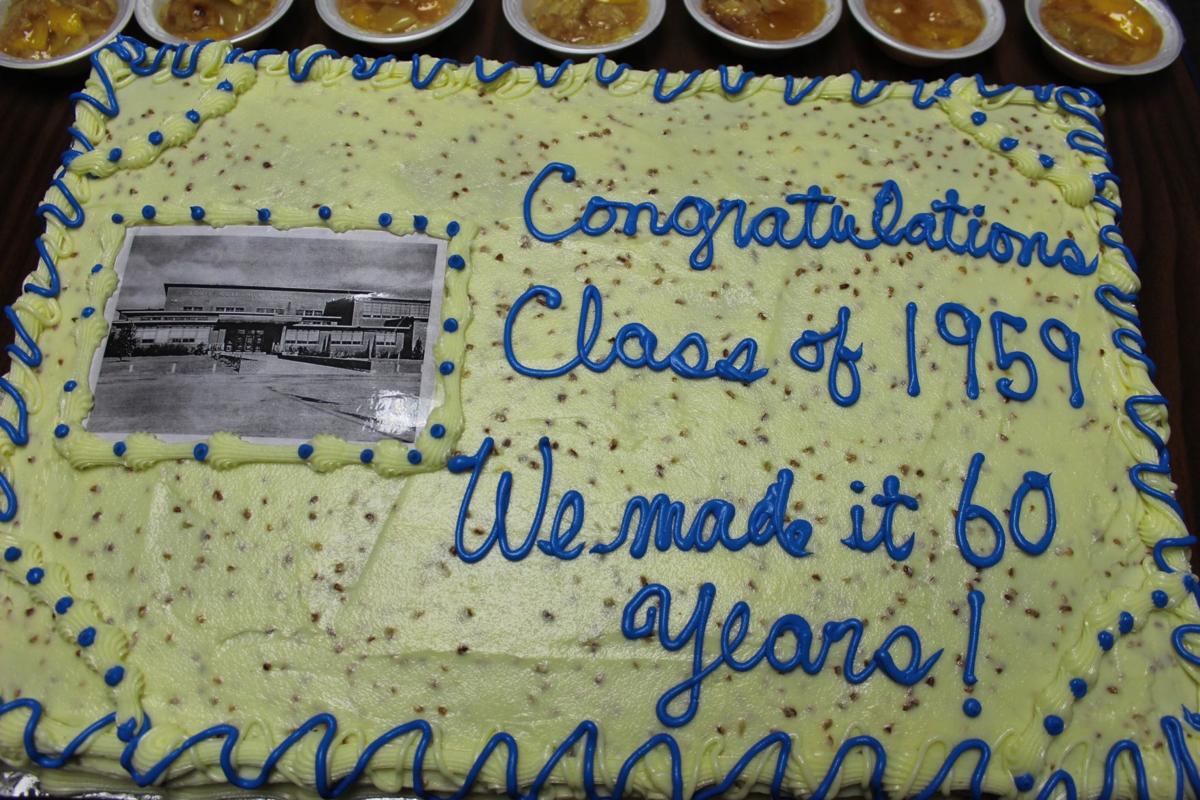 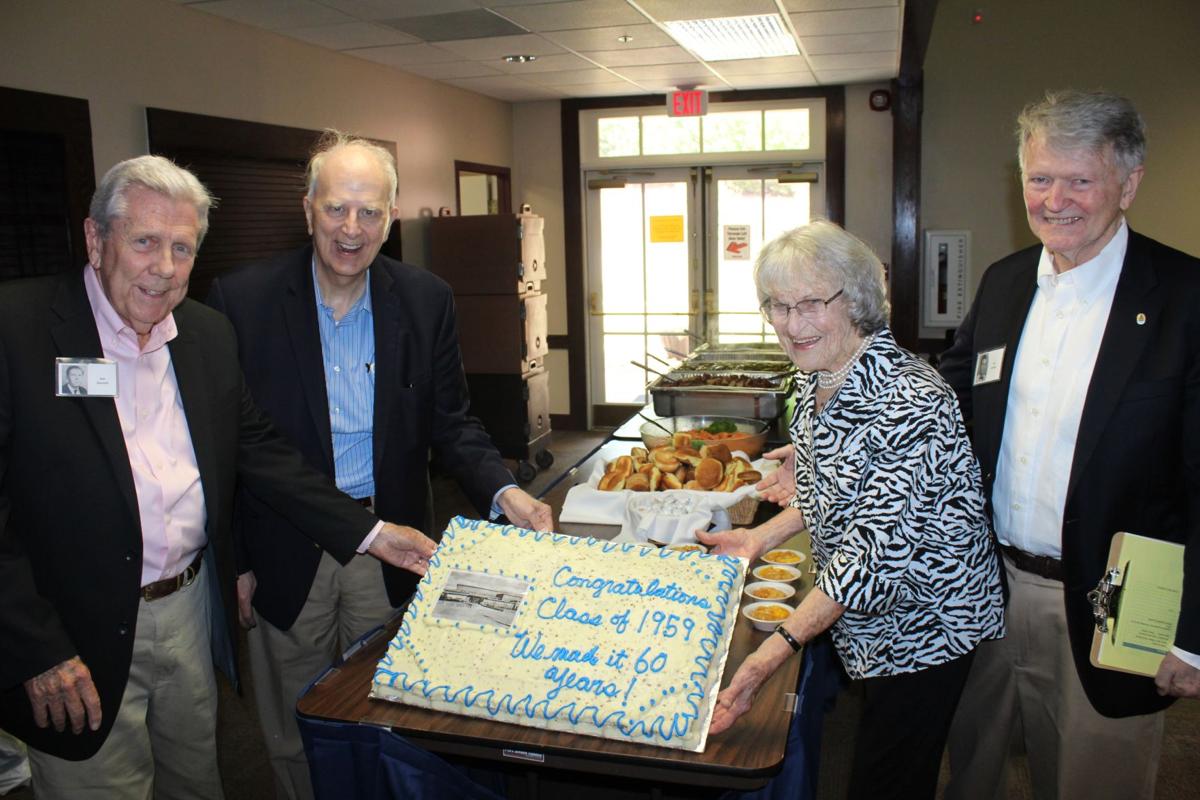 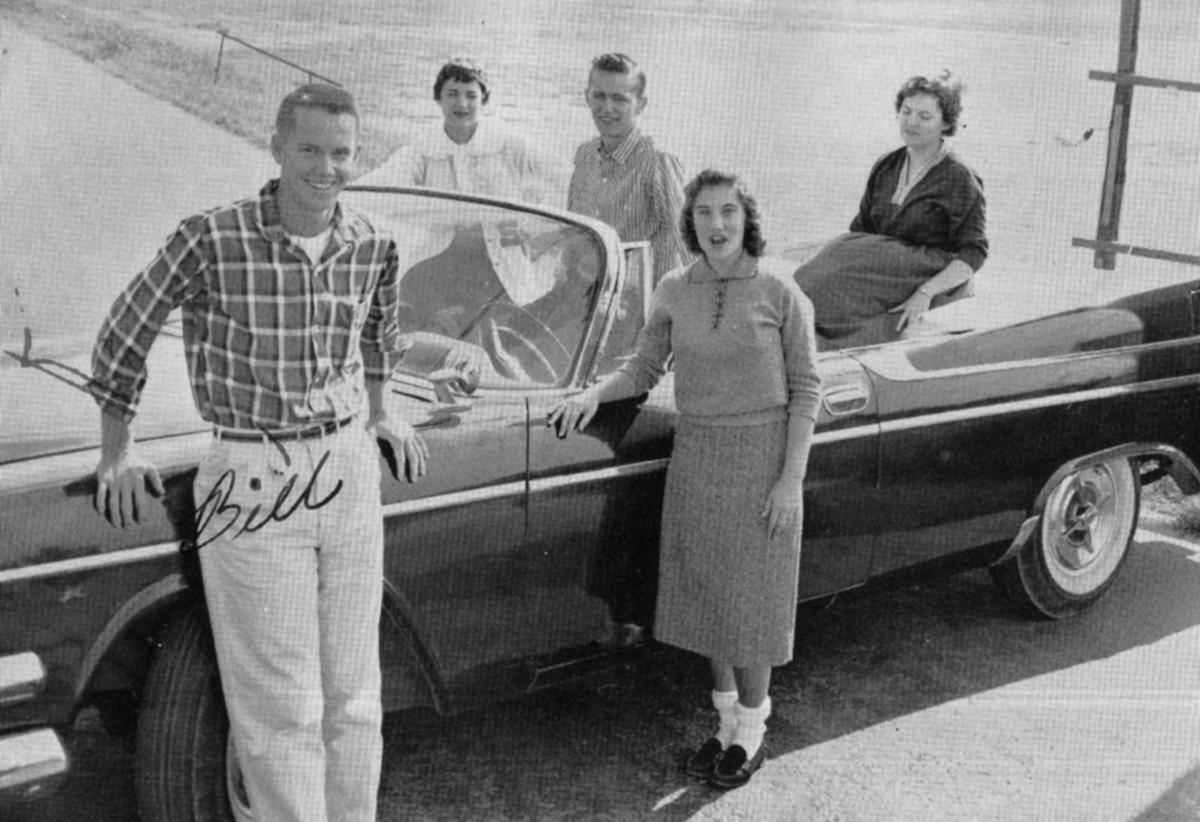 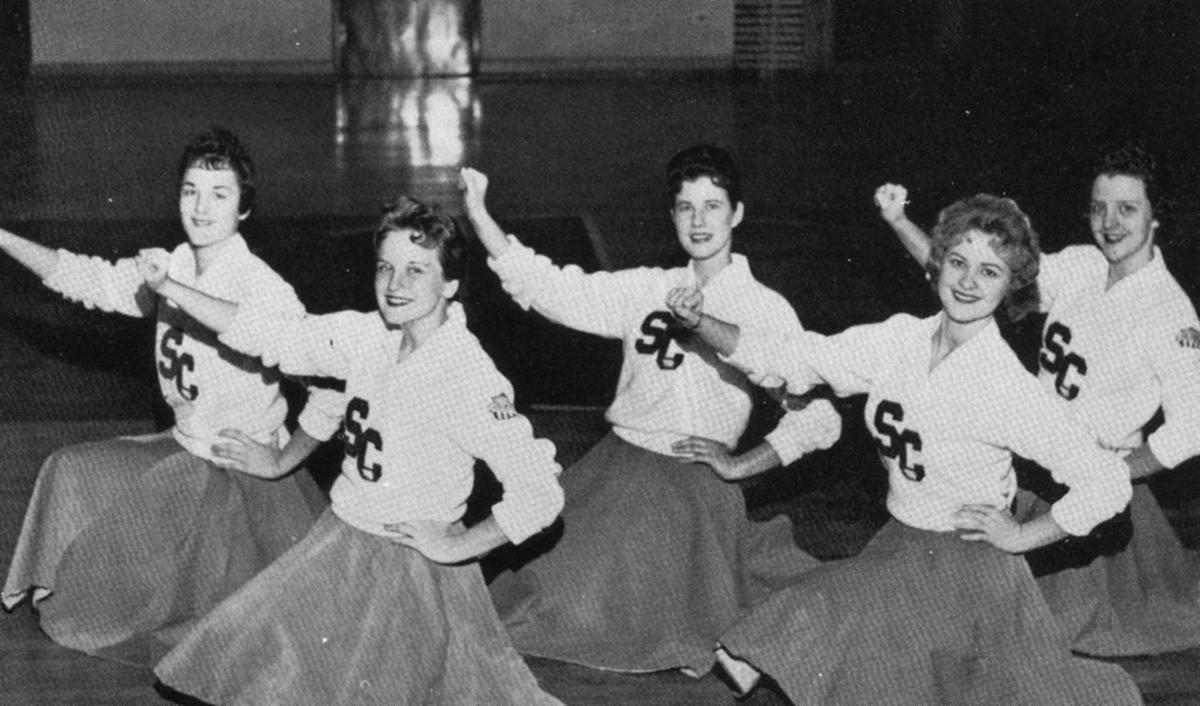 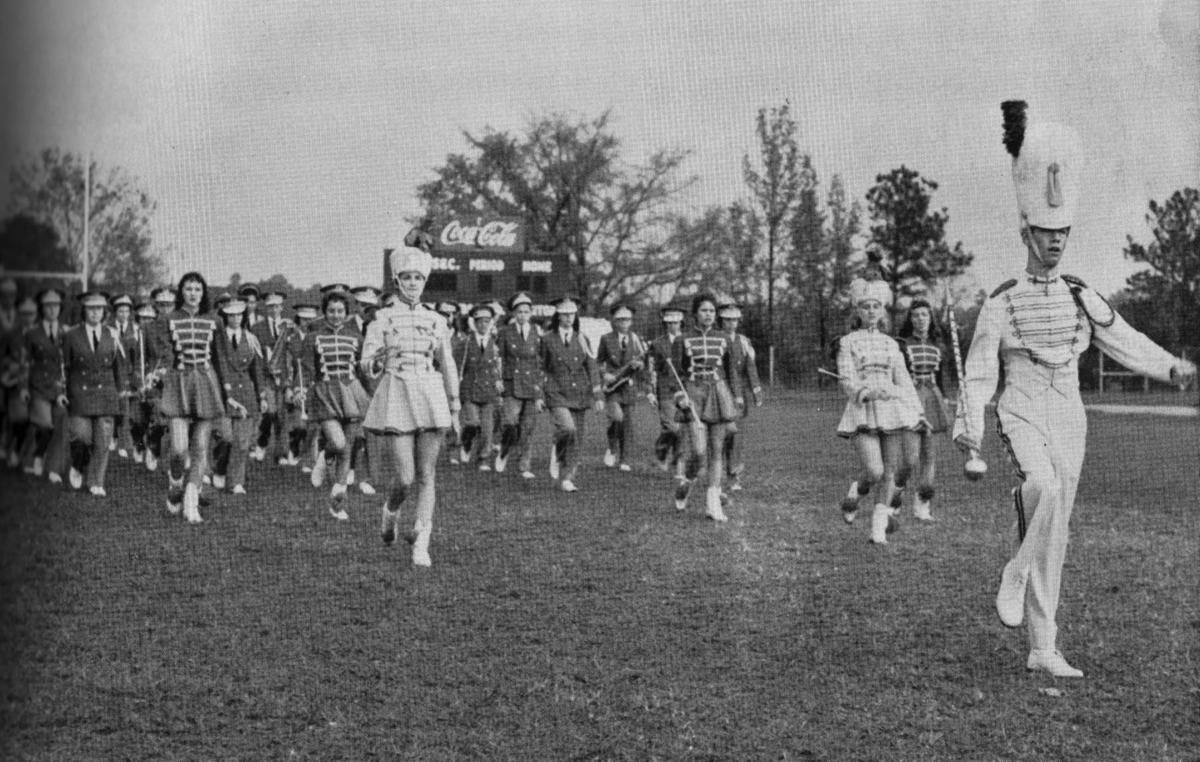 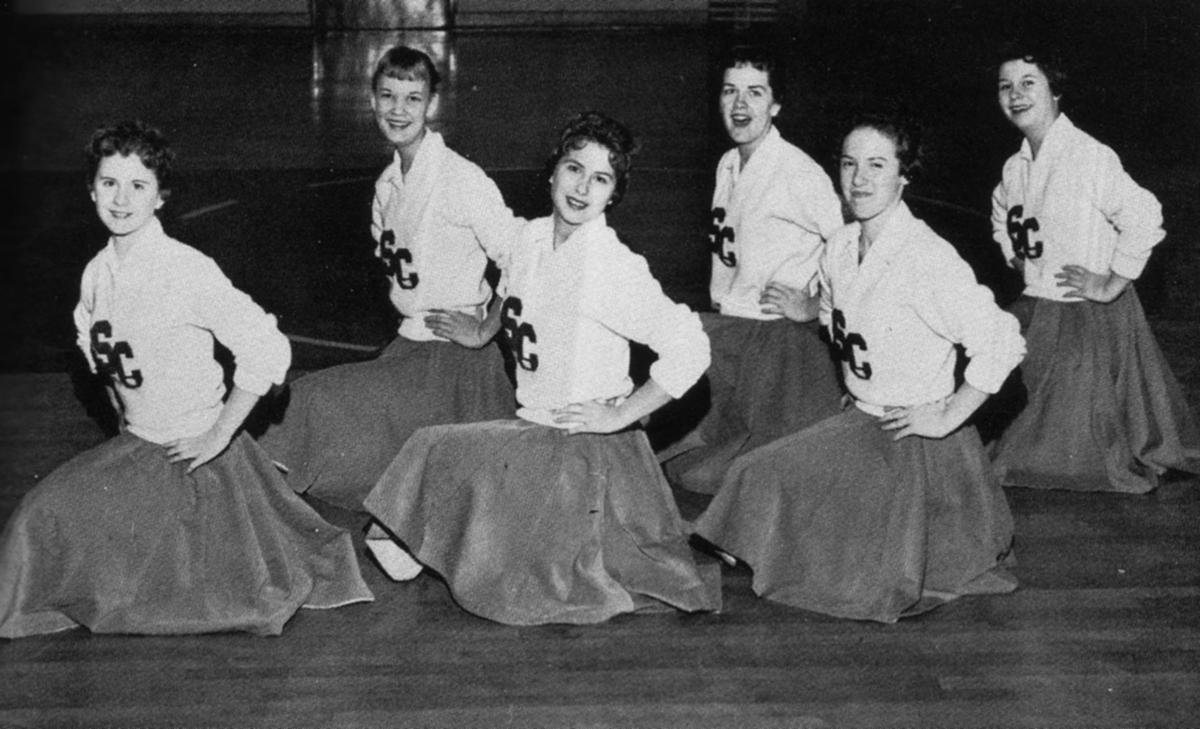 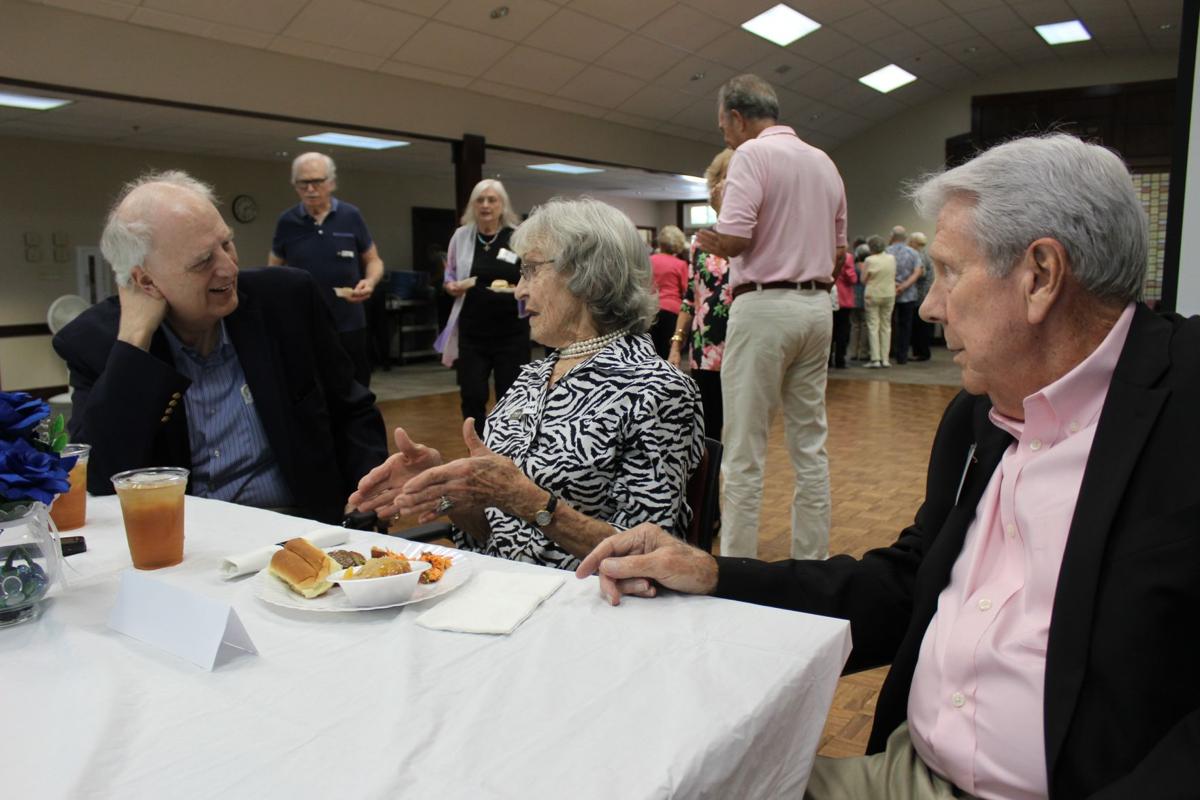 The South Cobb High School Class of 1959 gathers for a group photograph during their 60th reunion at Smyrna’s Freeman Poole Senior Center.

SMYRNA — The only time Ron Wallace ever received a failing grade at South Cobb High School was after spiking the punch bowl.

The occasion was a band party following the football game, recalled Wallace, president of the South Cobb High School Class of 1959.

Wallace managed to sneak a bottle of homemade strawberry wine into the bowl.

“Everybody enjoyed it,” he said.

Everyone, that is, until the band director sampled the brew.

“Over the weekend, I got a call from the principal. It was the only two Fs I got in school: F in band and F in conduct. It was worth it. It was a great evening,” said Wallace, who would go on to work for NASA and lives in Atlanta.

Wallace shared his tale of delinquency as the South Cobb High School Class of 1959 recently met for its 60th reunion at Smyrna’s Freeman Poole Senior Center.

Wallace displayed a copy of the New York Times from the day of their graduation, pointing with amusement to the movie advertisements, such as “Pillow Talk” with Doris Day, “Some Like it Hot” with Marilyn Monroe and “That Kind of Woman” with Sophia Loren.

“It sounds like we were as wild then as people are today,” he said.

An interview with Principal Smitha

Gray recalled being interviewed for her teaching job in 1957 by Principal W. O. Smitha, namesake of Smitha Middle School.

“When I interviewed with Mr. Smitha, I came in with a little white hat, white gloves, hose with the seam down. Perfectly straight. You do not wear hose without a straight seam! And a little purse and high heel shoes. You know, Mr. Smitha was about that tall, if you remember. I thought, ‘Oh, I have made a terrible mistake!”

Gray said her mother accompanied her to South Cobb for moral support.

“I was so nervous. She said, ‘He’s a little short man. He realized you were tall,’” Gray said with a laugh.

Barnes was one of her students.

“Let me tell you something, you didn’t fool with Betty Gray. You kept your mouth shut and did your work,” Barnes said.

Another member of the Class of 1959 who had Gray for English was Joe Daniell, executive vice president of Vinings Bank.

“I thought she was mean as Old Scratch,” Daniell said, noting his father, Herman Daniell, was on the Cobb Board of Education at the time. This was when the grand jury appointed members to the school board.

Gray said more emphasis was placed on teaching than on standardized tests.

“And we didn’t worry about whether they took the ACT. They took with them what they saw, an education to get to where they were in Mableton, Georgia, to where they wanted to go. And some of them went to the governor’s office.”

Barnes said the most important thing Gray taught him was how to write, a critical skill for a lawyer and lawmaker.

“How to use proper grammar. You have to break a lot of old habits about how to write and express myself because you wrote every day in her class,” he said.

Barnes said Gray insisted students write with a fountain pen using black ink, a habit he carries with him to this day.

“When you have to read term papers, you know they had no keyboards. You’ve got to be able to read it,” explained Gray, who would become the first woman principal in the Cobb School District at Sedalia Park Elementary School and later chair of the Cobb Board of Education.

In 1960, Cobb’s population surpassed the 100,000 mark. It was only 30,000 in 1940, before the Bell Bomber Plant came to town. Sixty years later, the population is approaching 800,000. By way of comparison, Barnes said when he was governor, he was friends with Jim Geringer, the governor of Wyoming, whose state population was 400,000 and who had fewer people in jail in his state than Cobb had in the county jail.

“If you told me as a kid growing up in South Cobb High School I was going to live in a county twice as big as the state of Wyoming, I would have told you you were crazy,” said Barnes, who described the south Cobb of his youth as a fairly rural place.

Barnes and his older brother, Ray, South Cobb Class of ‘57, were church regulars.

“Momma had a rule. If you didn’t go to church, you had to help Daddy milk cows. I think that milking cows has converted more souls than any preacher around,” he said.

He took four years of agriculture and was president of the Future Farmers of America in high school.

“Everybody farmed. We had calves and 4-H was big.”

There was a movie theater in Austell called The Ritz that cost a nickel to get in. Otherwise, Barnes said you had to go to the Strand Theatre in Marietta to see a film.

“You only went to Marietta twice a year generally if you lived down here, first to pay your taxes, and the next time to serve on the jury,” Barnes said.

Schools didn’t integrate until 1967, the year after he graduated.

“It was pretty well accepted. You know kids always have a lot less problems with things than their parents do. I mean, we didn’t think too much about it. We played ball every afternoon. There were African Americans who played ball with us. I never asked myself why they were not at school. I was naive that way,” he said.

There was an elementary school for black students in Austell, but the nearest high school was Lemon Street High in Marietta, Barnes recalled.

Daniell said his father made him ride the bus to school through his senior year.

After school, he’d play baseball near his house.

“We did a lot of riding our bicycles and then started dating and going to the drive-ins,” he said.

Addressing the class, Gray said, “I want to say right up front, it’s all right to be old. Look at us. We’ve seen a new century. We’ve seen a new millennium. And we have learned way more than we ever thought we would, I think. So remember, we’ve come a long way and we’re going to keep going. I think moving and going is essential. You don’t get anywhere standing still, sitting still, I’ll tell you.”

Gray said the members of the Class of 1959 forged their own paths.

“It’s been a joy to know you … as I see faces here, teachers, people gave back to this community much more than they took out, and so you are to be congratulated for it,” she said.

Gray said Helen Keller said it as well as anybody when she said “The best and most beautiful things in the world cannot be seen or even touched — they must be felt with the heart.”

Added Gray: “And I feel you in my heart. You’ve been a great group. Thank you for sharing with me.”

Report: Clerk scratched off lottery tickets while at work