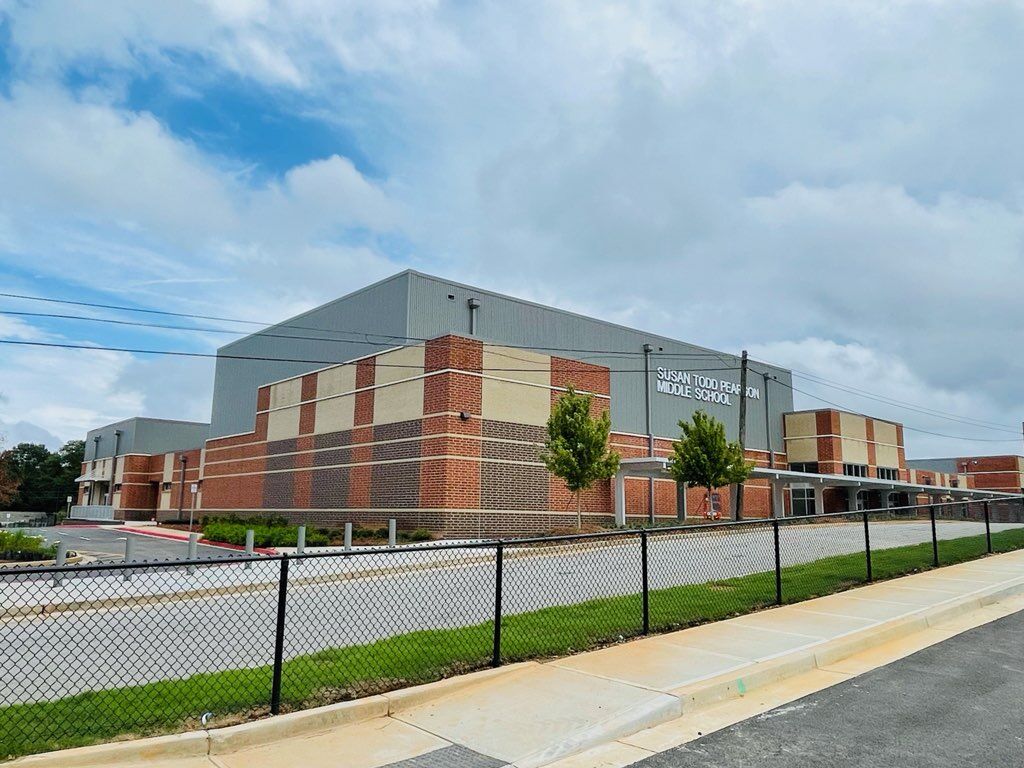 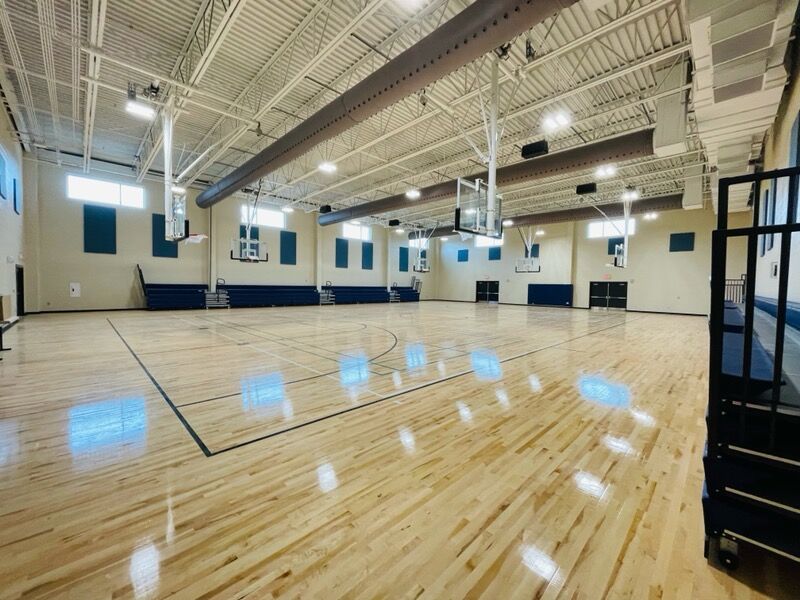 Lights shine on the floor of the new school’s gymnasium. 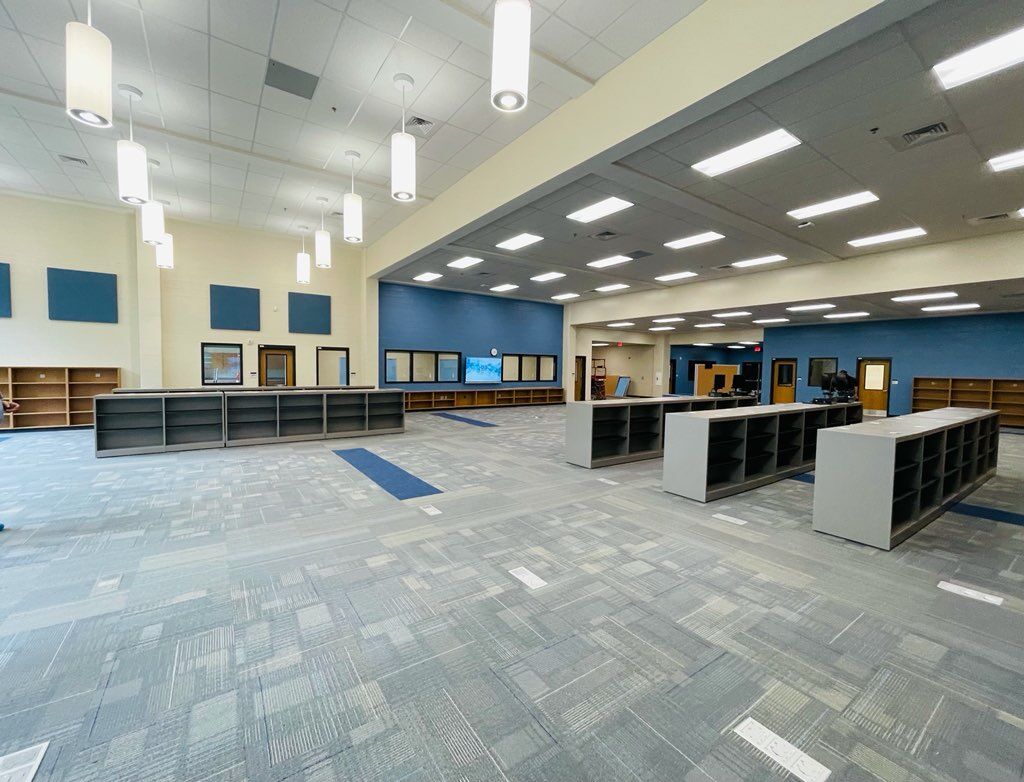 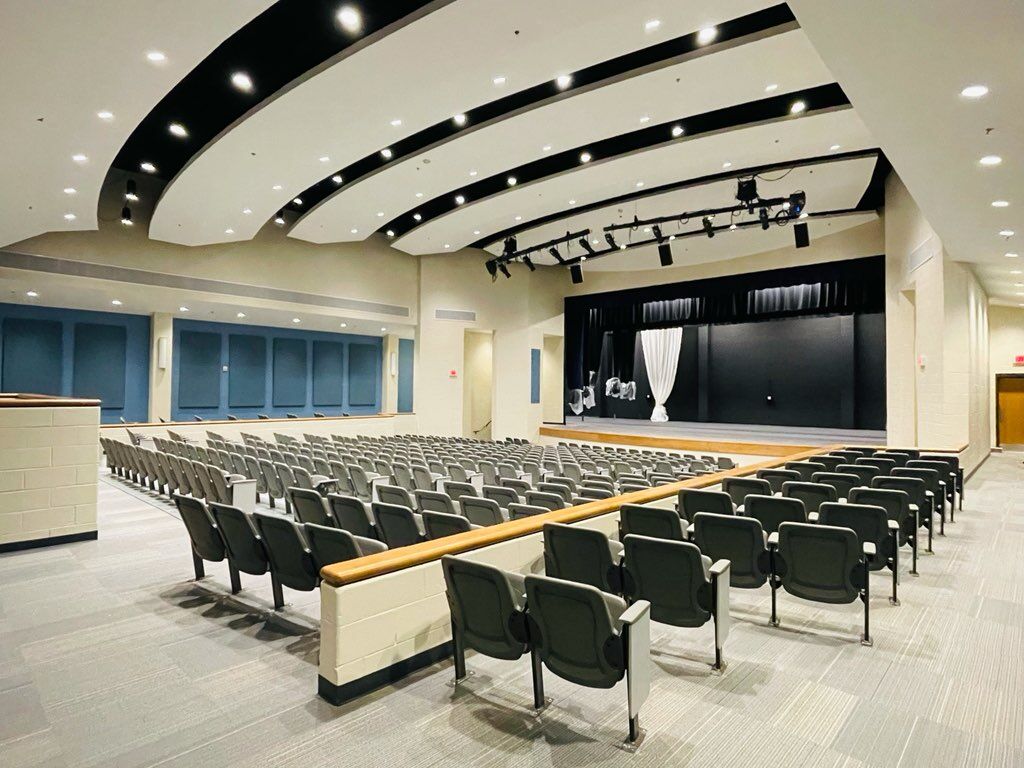 The auditorium is seen at the new Susan T. Pearson Middle School in Smyrna.

Lights shine on the floor of the new school’s gymnasium.

The auditorium is seen at the new Susan T. Pearson Middle School in Smyrna.

After years of discussion and community outcry over timeline, Smyrna’s newest middle school is scheduled to open Aug. 2, the first day of the new school year in Cobb.

The new $39.3 million, 172,646-square-foot Susan Todd Pearson Middle School has 59 classrooms and a capacity for 962 students, according to district officials. Other features include an auditorium, learning commons, competition gym, PE gym and outdoor playfield.

The project was funded by the current iteration of a special 1% sales tax approved by Cobb voters in 2017, also called Ed-SPLOST V. The school is expected to relieve the overcrowded Griffin and Campbell middle schools.

In a Facebook post, Cobb school board member Dr. Jaha Howard, who represents the area including Pearson Middle School, called the upcoming opening of the school “a long... long time coming.”

“Y’all, Pearson is absolutely BEAUTIFUL!!” his post reads. “This SPLOST V project has been central to the strong community advocacy in the Smyrna area. I am thankful to work alongside so many incredible parents, educators and board members over the years to help make this a reality!! Campbell and Griffin Middle Schools finally get the relief we’ve needed for quite a while.”

Howard told the MDJ he is “beyond thrilled to see our Pearson Pilots take flight,” giving a nod to the new middle school’s mascot.

He said the completed school, which sits on the former Cobb Horizon High School site, at 1560 Joyner Ave, SE, is the result of community advocacy, educator resilience and strong district leadership. He added that Campbell, Griffin and now Pearson middle schools “tell an optimistic story about the future of the entire Smyrna area.”

Cobb County Schools came under fire in 2019 for delays in beginning construction of the facility. Campbell Middle School parents cited decaying facilities and a student body 300 students over capacity in their demands that the district hasten the building of the new school.

At an August 2019 school board meeting, for example, Hayli McQuade, a mother of two Cobb students, including one at Campbell Middle School, said, “Today, Campbell Middle sits with 1,630 students, almost 300 over the capacity that is listed in the enrollment study that was published last spring ... At this point, I’m not sure we believe that the county can’t find land.”

McQuade also said then that Campbell Middle School had recently undergone chemical carpet cleanings and testing for mold, indicating the maintenance concerns of parents at the already overcrowded school.

Maggie Shannon, a mother of two Campbell Middle students, was sharper in her rebuke of the district at that 2019 meeting. Shannon said Campbell parents had heard “nothing but excuses” about the availability or price of land to be purchased for the new middle school planned for Smyrna.

District Superintendent Chris Ragsdale responded two years ago saying the search for land was not one the district took lightly, but was complicated by the fact that land availability was extremely limited in Smyrna. Even more complicated, he said, was the fact that the search must be limited to an area that would relieve crowding at Campbell and Griffin.

In response to the maintenance concerns at Campbell Middle School, Ragsdale said then that a new roof and new carpet had been scheduled for installation the following summer.

The decision to build the new Pearson Middle on the old Cobb Horizon site came after the district was able to purchase for $6 million a 6-acre tract and 90,677-square-foot office building to move Cobb Horizon into. That school is now at 1765 The Exchange SE in Cumberland.

Pearson Middle will have three feeder elementary schools: Belmont Hills, Fair Oaks and Green Acres. All students at the three schools will go on to Pearson after fifth grade, rather than be split between different middle schools.

Pearson is named for Susan Todd Pearson, a former teacher and U.S. diplomat who served as president of the Campbell High School Foundation and sat on the Cobb County School Facilities and Technology Committee. Pearson died of cancer in 2017.

MARIETTA — A new Cobb County School District middle school is on track to open in time for fall semester, and proposed feeder patterns would k…