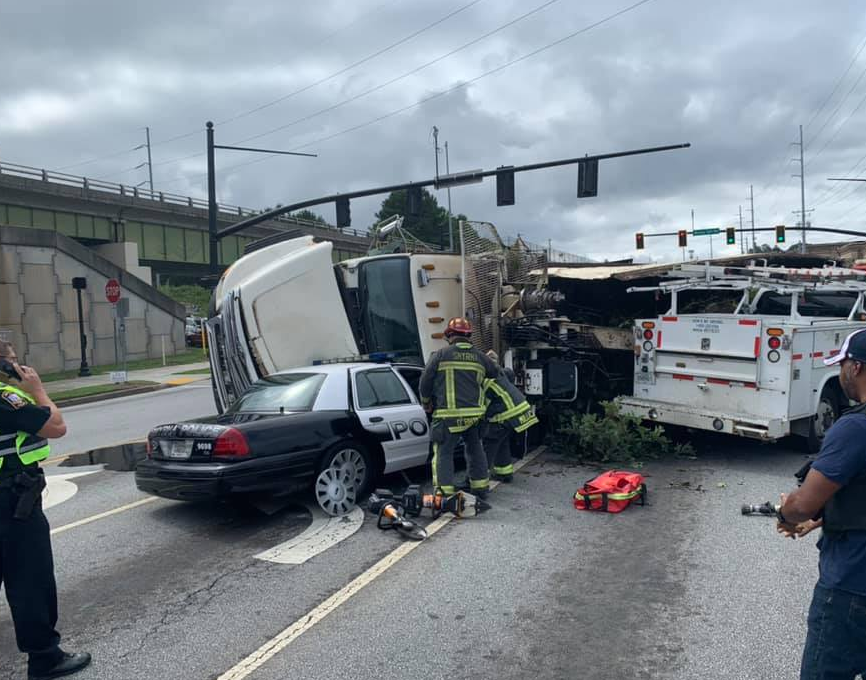 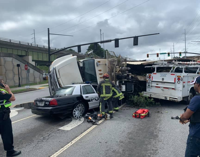 A Smyrna police officer was trapped under his car after a semi-truck rolled over Thursday morning. The officer was taken to Kennestone Hospital with non-life-threatening injuries. 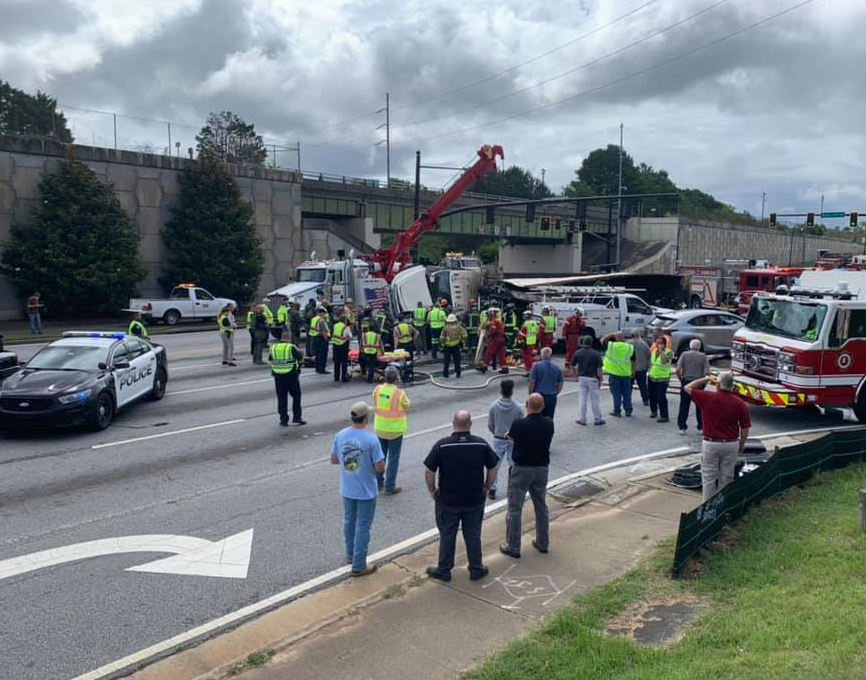 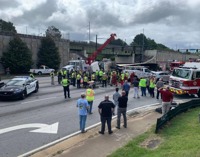 Cobb and Smyrna fire department workers attempt to free a Smyrna police officer who was trapped in his car after a semi-truck rolled over onto it Thursday morning.

A Smyrna police officer was trapped under his car after a semi-truck rolled over Thursday morning. The officer was taken to Kennestone Hospital with non-life-threatening injuries.

Cobb and Smyrna fire department workers attempt to free a Smyrna police officer who was trapped in his car after a semi-truck rolled over onto it Thursday morning.

A Smyrna police officer was injured Thursday morning after a semi-truck flipped over at the intersection of Atlanta and Windy Hill roads, trapping the officer inside his patrol car.

Officer Philip Colburn, the son of former Marietta High School Principal Leigh Colburn, was taken to Kennestone Hospital with non-life-threatening injuries after workers from the Smyrna and Cobb fire departments successfully removed him from the car.

He was released from the hospital Thursday afternoon, according to his father, Doug Colburn.

“He had a cut from some glass on his left arm and other than that he’s a little stiff and bruised up,” Doug Colburn said. “I think mentally he’s just tired.”

Doug Colburn, a detective with the Ellijay Police Department in Gilmer County, began his law enforcement career in Smyrna and is close with the command staff.

An old friend, Deputy Chief Robert Harvey, called the senior Colburn to tell him his son had been in an accident, and when he arrived at Kennestone, Smyrna Police Chief Joseph Bennett was already there.

“Most folks ... would think we would be nervous as parents about our child being in law enforcement,” Doug Colburn said. “Knowing that he works there with those guys gives me a great deal of comfort.”

The wreck is being investigated by the Cobb Police Department.

A Smyrna man was killed by police Thursday after he led them on a chase in a stolen car and exchanged gunfire with Cobb officers, injuring one…

McClure Middle School is getting a new principal, and the Cobb County School District will have a new instruction director after approval from…