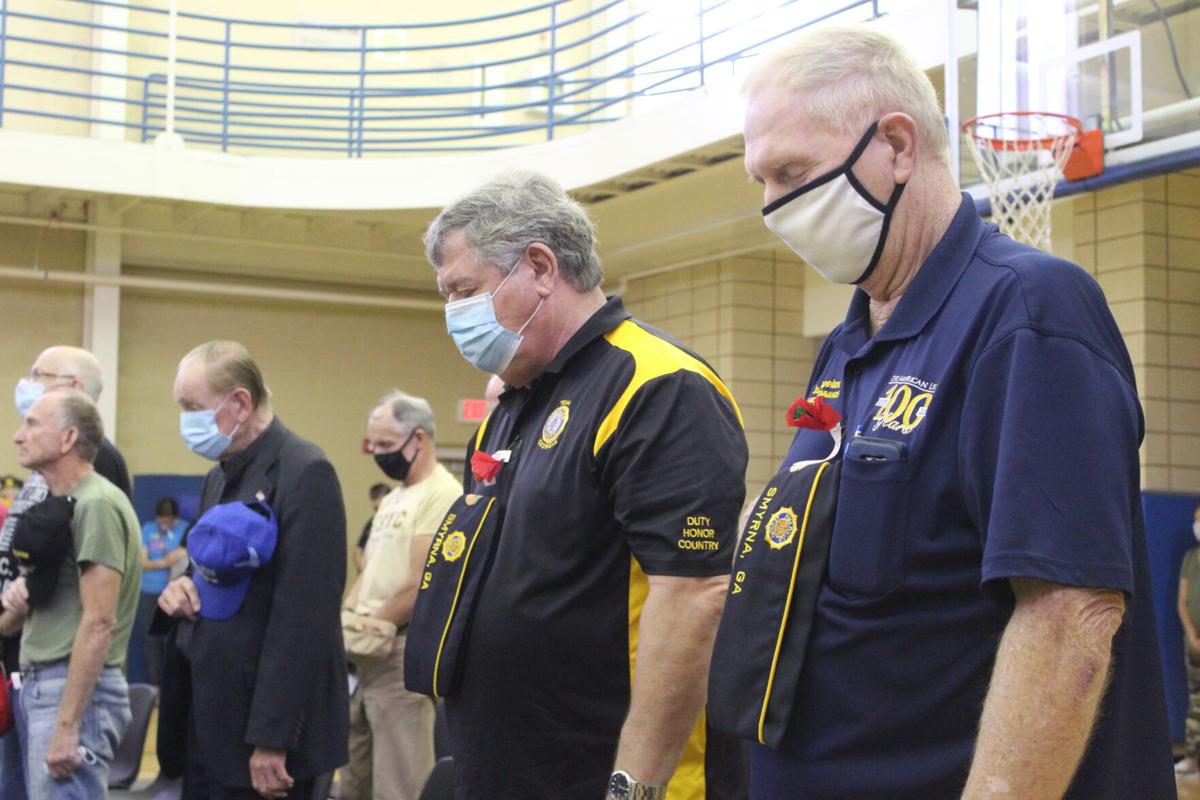 Veterans stand during a prayer closing out the city’s annual Veterans Day event Wednesday. John Copeland, right, served in the Army from 1966 to 1972. 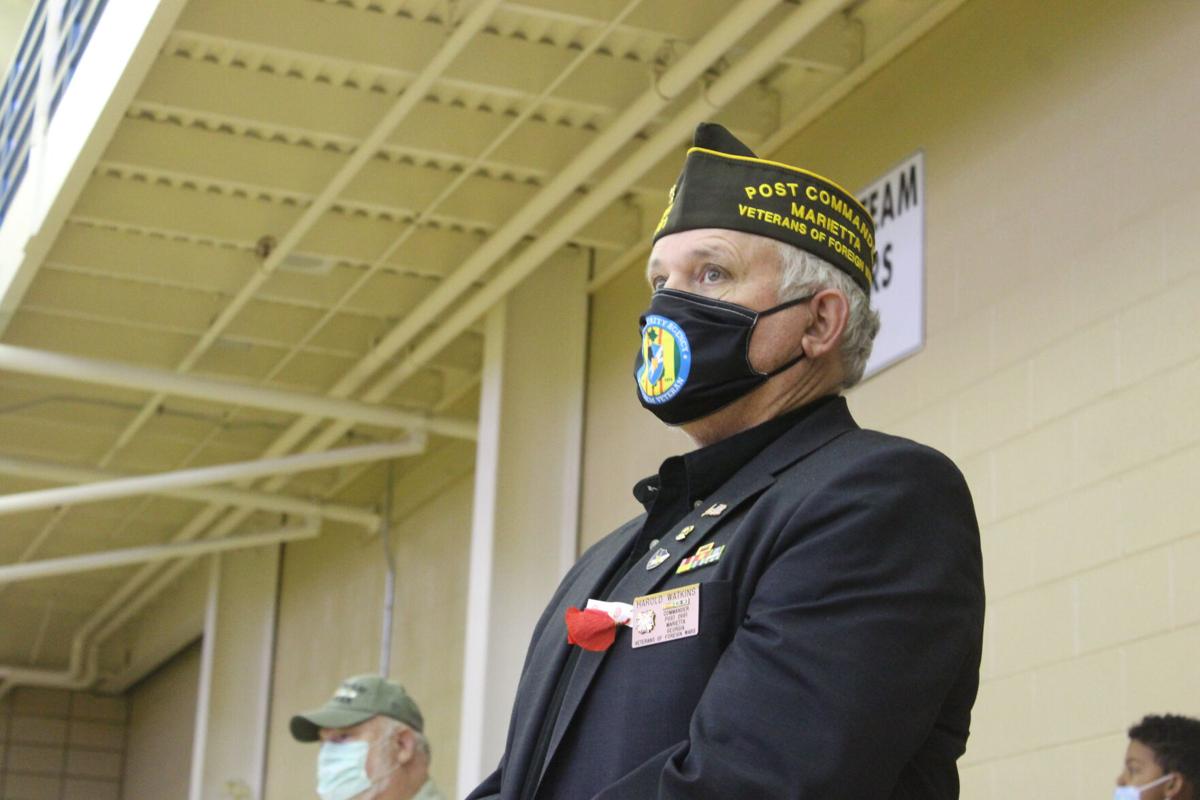 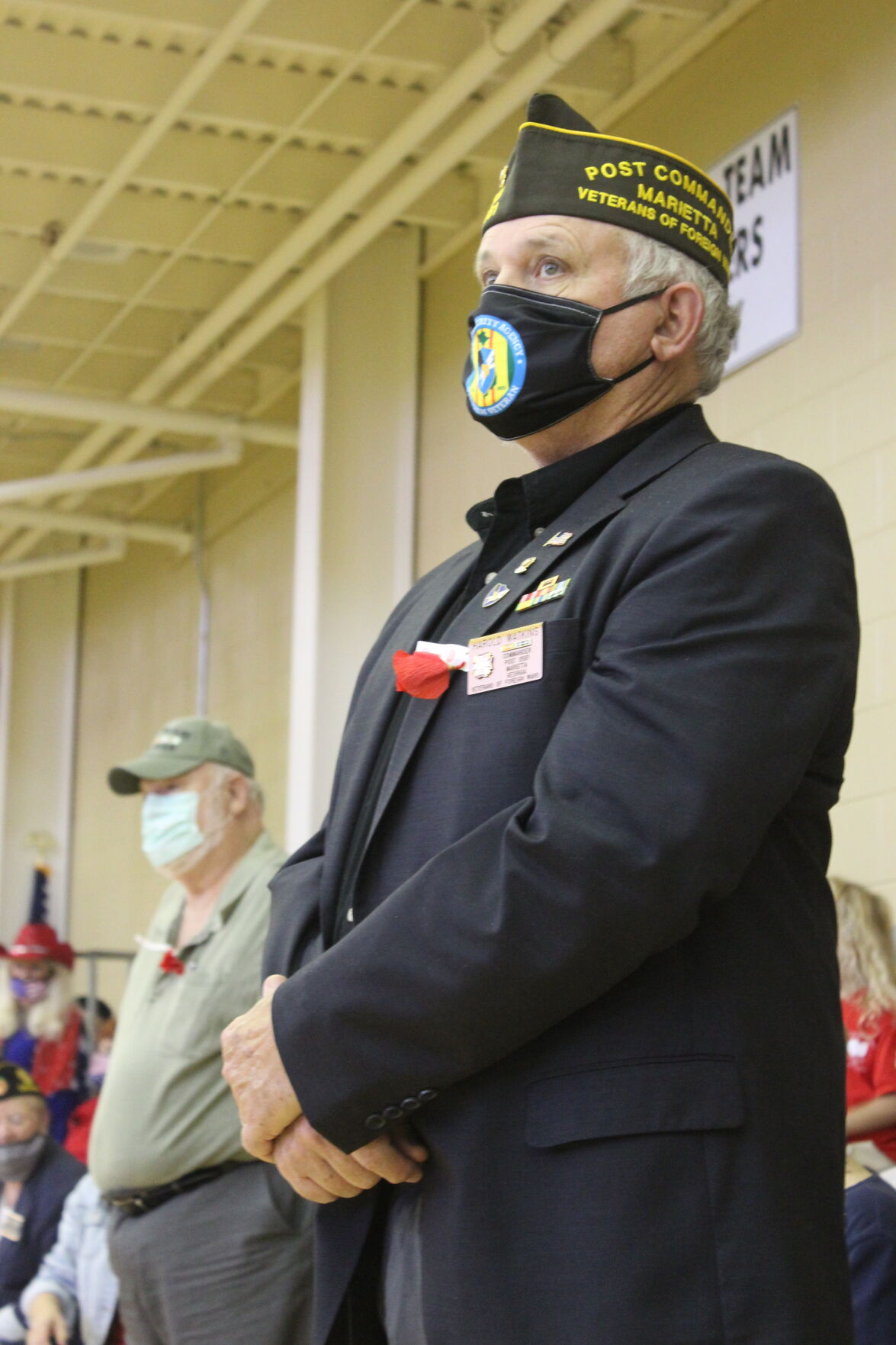 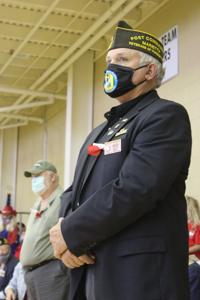 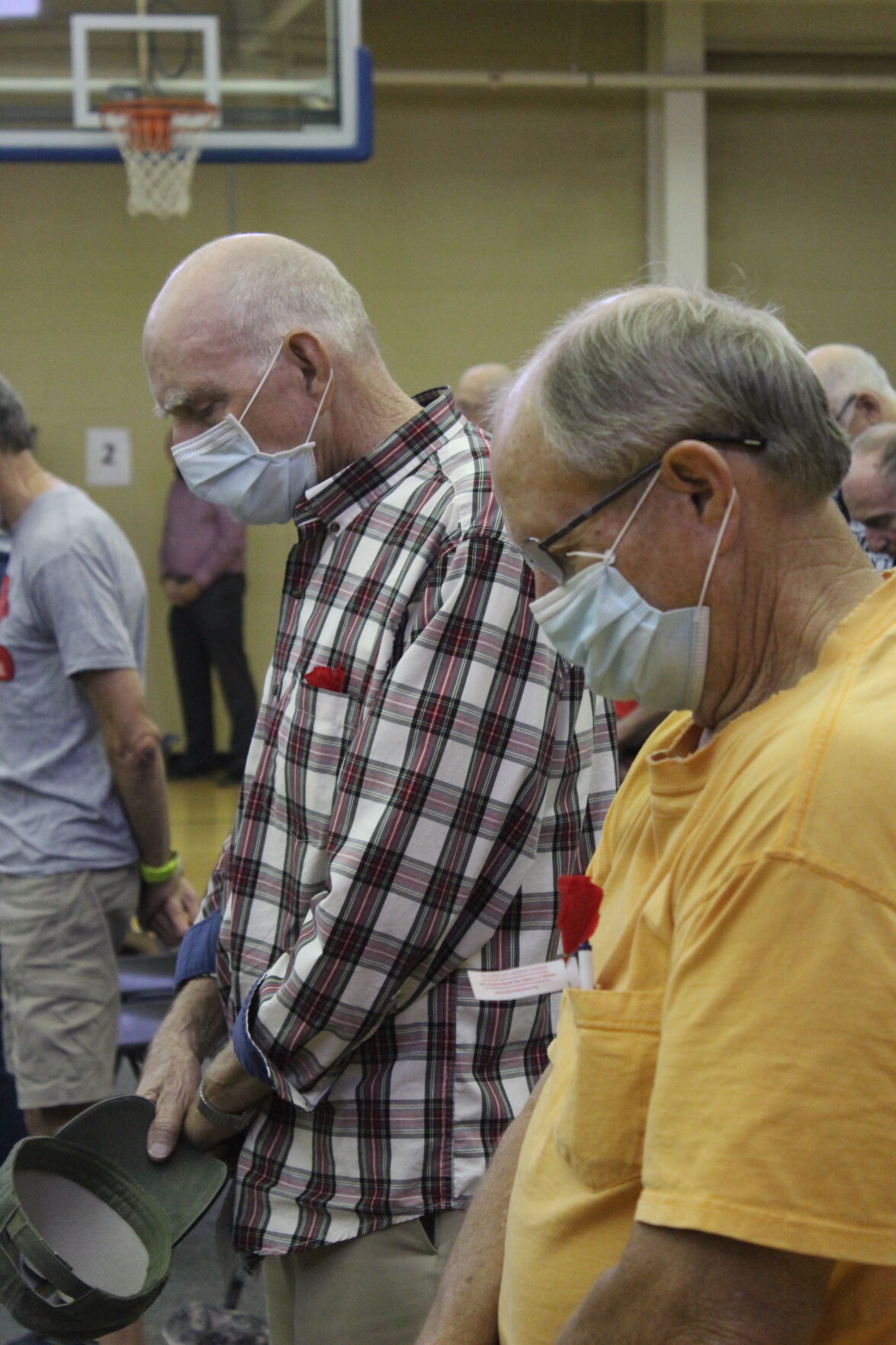 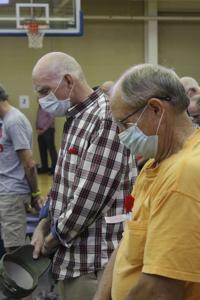 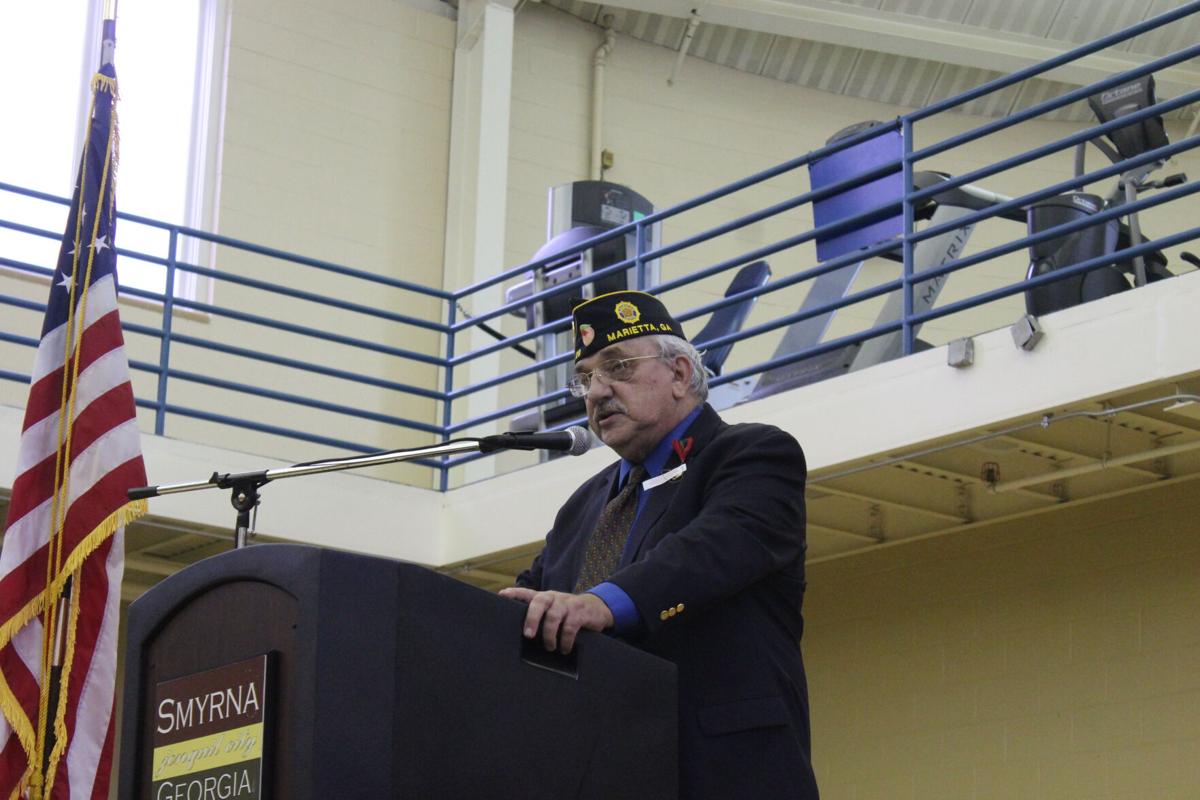 Veterans stand during a prayer closing out the city’s annual Veterans Day event Wednesday. John Copeland, right, served in the Army from 1966 to 1972.

“I’m ecstatic that the people came out to show their support of the veterans,” she said.

The event was co-founded in 2008 by Smyrna resident and history buff Narayan Sengupta and former City Councilman Wade Lnenicka.

After giving the audience an overview of the Korean War, Sengupta drew attention to the fact no one rose moments earlier when veterans from World War II and the Korean War were asked to stand.

Sengupta said it was the first time in the event’s 12 years it did not feature veterans from either of those wars.

“That was very sad, to see that,” he said, noting his French mother had been born during the German occupation of France and liberated by American troops. “I was kind of heartbroken.”

Weather forced the event into the Smyrna Community Center, where organizers had laid out 62 chairs over the center’s basketball court and attendees watched from nearby rafters. Children from Buckhead Preparatory Academy left thank you notes and baggies filled with Halloween candy on the veterans’ seats.

Marine Corps veteran and Smyrna resident Kayla Sullivan had never attended a Veterans Day event before Wednesday. She decided to attend after seeing a sign in a storefront window Tuesday.

“It was just refreshing being around others, like knowing that they went before me and participated in something that literally changed the, I guess, the fabric of our nation, the entirety of how things are supposed to go,” she said.

Army combat veteran John Copeland, on the other hand, attends every year.

Copeland served from 1966 to 1972, a stint that included 15 months as a helicopter machine gunner in Vietnam.

“Being among the veterans,” Copeland said, matter-of-factly, when asked why he attends each year. “It means a lot to me. Compassion. Being around my brothers who served, are still serving all around the country.

“When I got out of Vietnam, I kissed the concrete with my lips,” he recalled. “I was home safe.”

Joe Biden sworn in as 46th president of the United States

Joe Biden sworn in as 46th president of the United States

What will Joe Biden do on his first day in office?