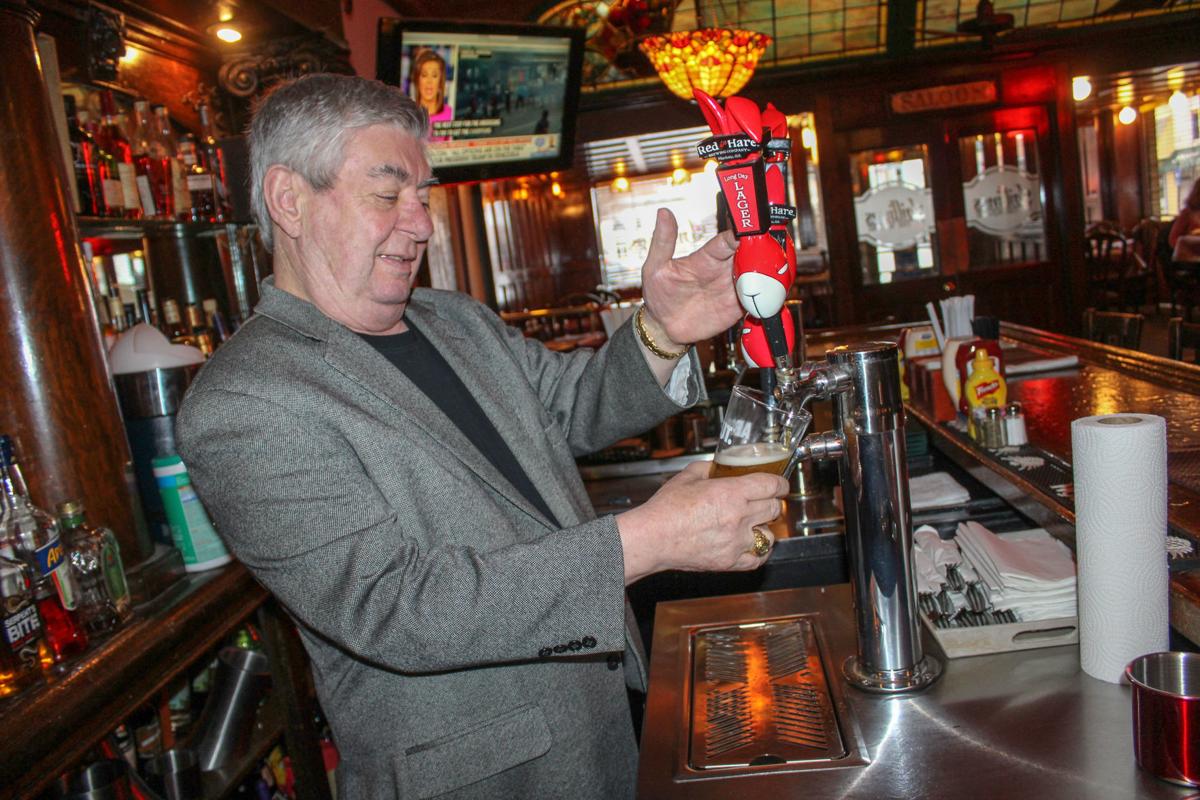 Dave Reardon, owner of Shillings on the Square, pours a Long Day Lager at the bar in January. Reardon announced on Monday that the restaurant would be closing after more than 40 years. 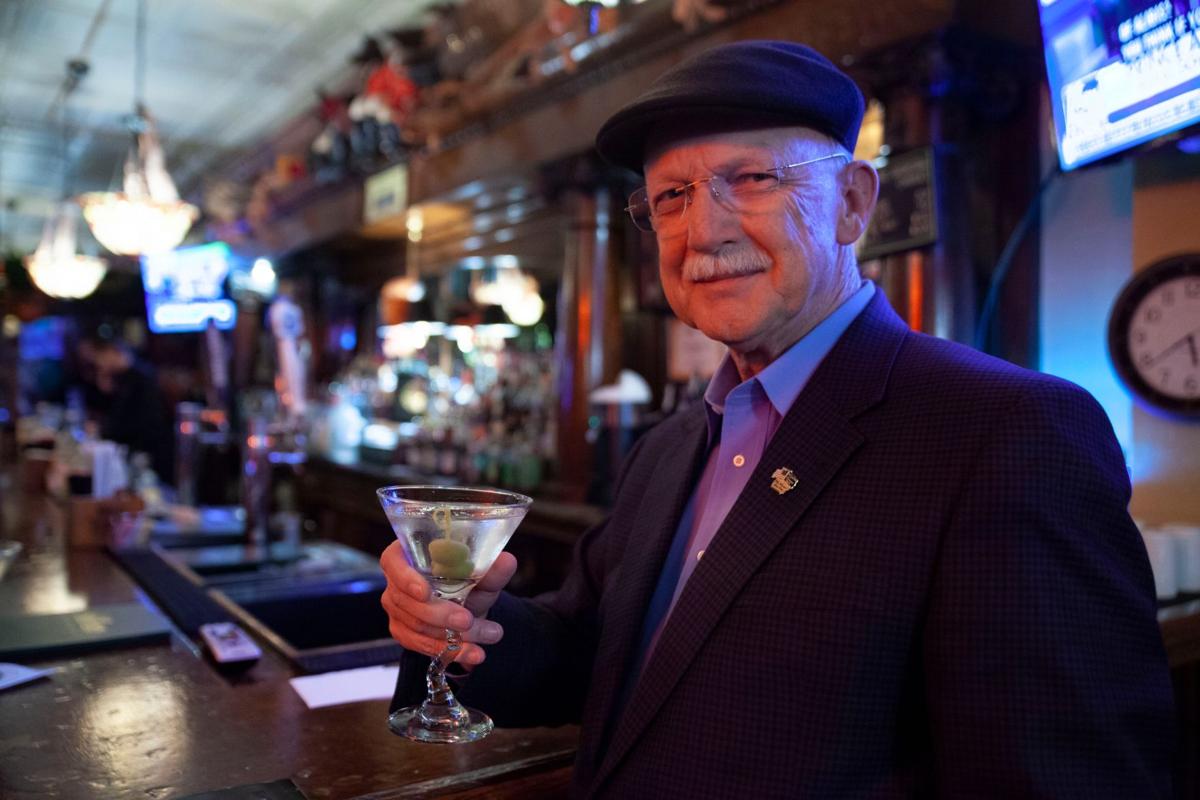 Marietta resident Mark Maloney said he’s frequented Shillings for 38 years, just three years short of its lifespan on the Marietta Square. He popped in one last time Monday night after news that the restaurant would be closing. 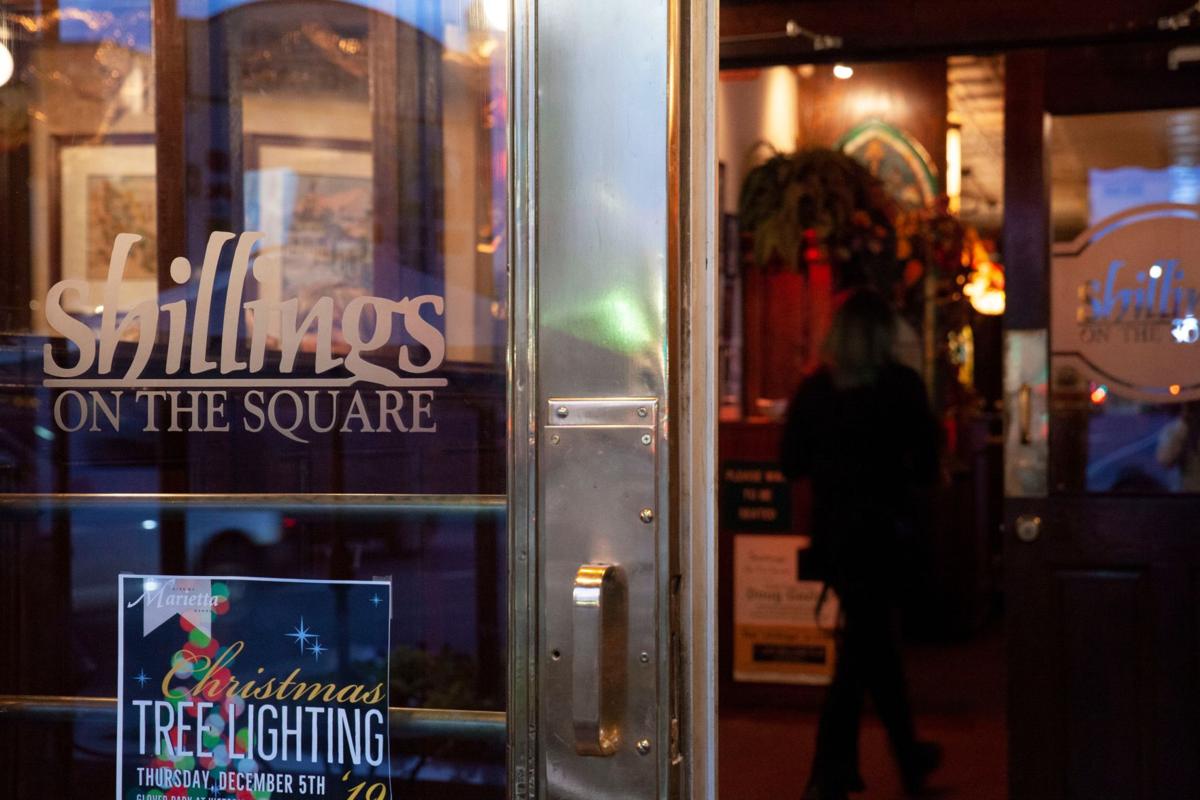 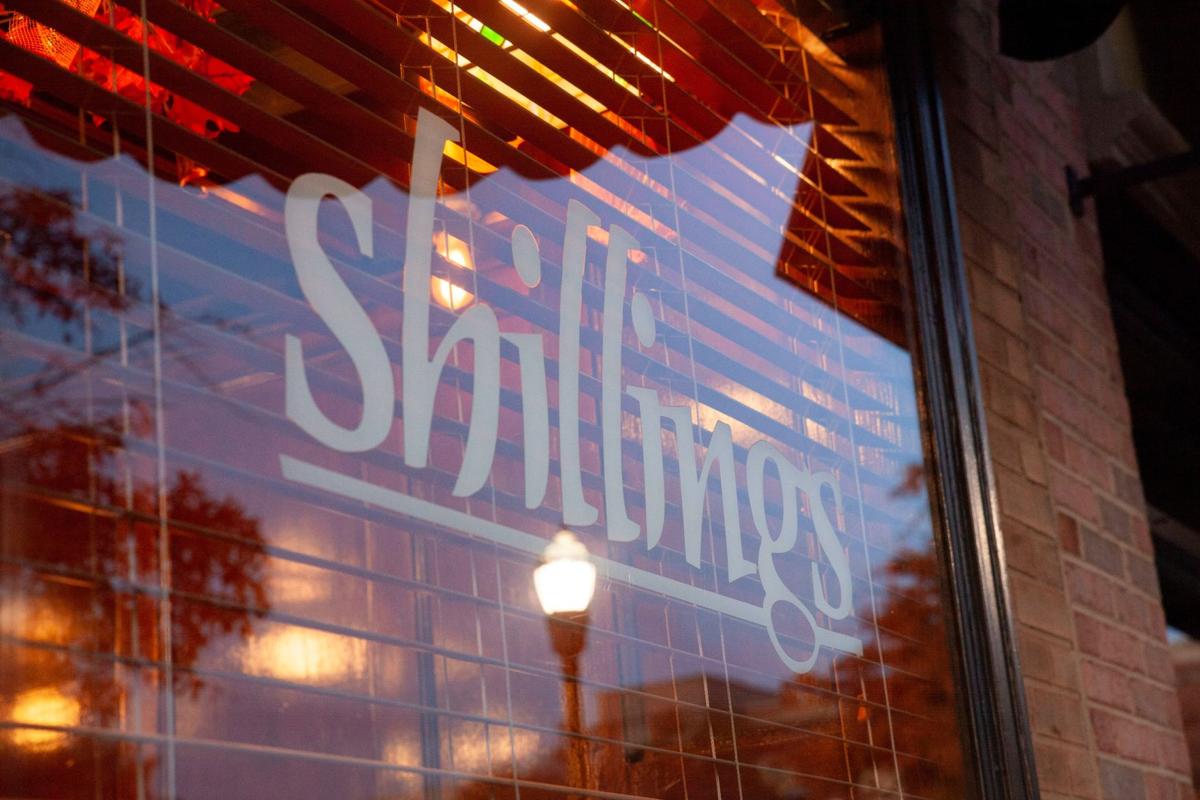 Dave Reardon, owner of Shillings on the Square, pours a Long Day Lager at the bar in January. Reardon announced on Monday that the restaurant would be closing after more than 40 years.

Marietta resident Mark Maloney said he’s frequented Shillings for 38 years, just three years short of its lifespan on the Marietta Square. He popped in one last time Monday night after news that the restaurant would be closing.

David Reardon, who has owned and run the restaurant since it opened in 1978, announced the sale had closed Monday afternoon.

Randy McCray, the new owner of Shillings, said the public can expect significant changes to the Marietta Square destination. He said the new restaurant will have a different name, and there will be renovations but declined to provide further details.

McCray said he intends to carry on Reardon’s legacy, and acknowledged just how large the shoes he’s stepped up to fill are.

“But we’re excited about that challenge, and looking forward to filling them,” he said.

McCray, who also owns The Mill Kitchen & Bar in downtown Roswell, said Shillings is in a prime location surrounded by a welcoming customer base. He said he looks forward to trying to establish his incoming restaurant as the next Marietta staple.

“The community environment around the location is top-notch,” he said. “My brother and I have been in the restaurant business for several years and had other restaurants, and we’re excited to bring something new to downtown Marietta.”

McCray said Shillings will be closed, starting Tuesday, for about two months while the building undergoes renovations. He said the time frame will also depend on how quickly he can work with the city to get through the permitting process.

Reardon told the MDJ hours after the sale that he’s keen to try his hand at something else for a while.

Before he opened the restaurant in 1978, the building housed Schillings Hardware Store, which Reardon described as an institution preceding his own.

Over the decades, Marietta Square has become a thriving ecosystem of boutiques, bars and other entertainment venues, but it hasn’t always been that way, Reardon said. He and only a few others were pioneers of their time, according to his recollection.

“We had to nurture and build the business,” he said, noting that he’d taken a risk opening up at the corner of Church Street and North Park Square.“It was dead.”

Reardon said early in his career, most of the bar’s patrons worked at the courthouse. He recalled with a chuckle making them martinis in coffee cups.

The restaurateur said out of all the memories and changes he’s seen in the four decades, it’s the customers he’ll miss most. Reardon said he’d watched families grow at the two-story restaurant that became a coveted spot for observing celebrations over the years.

Former Marietta Councilman Philip Goldstein, whose family owns the building, said retirement is inevitable, but Reardon will be missed.

“Shillings has been a fixture on the Square for a long time,” Goldstein said. “And he’s been a big part of the Marietta Square over the last few decades.”

Sue Puschak has managed costume and gag store Eddie’s Trick Shop, just around the corner from Shillings, for 30 years. Puschak, who said she used to frequent for lunch, said the shop has been on the Square nearly as long as Shillings.

“It was a staple — always a good time, friendly staff, friendly owners,” she said. “They’ll be missed. It’s a big change.”

Puschak said the new restaurant will have to cater to a variety of clientele. Shillings, she said, had something for everybody.

On Monday evening, as news of the closure spread, workers and patrons alike reacted to what they called the “end of an era.”

“I don’t know what to say. I’ve been here about five years now, and I’m just numb right now,” said Lionel Perry, who said he’s filled many roles during his time at the restaurant. He’d received the news that day.

“Dave’s ... been here 41 years, and this is not a business where you can halfway it,” Perry said, adding that Reardon is passing the torch to someone who can continue to put in 100%.

Mark Maloney, a healthcare entrepreneur and Marietta resident, said he’d frequented Shillings since 1981. As he sat down at the bar, he gestured to hostesses and bartenders, offering solemn farewells.

Maloney, who said he always orders a martini, said Shillings has been his go-to place. And over the years, he said, three of his sons have begun to gather at his favorite watering hole as well.

“This place has kinda been like ‘Cheers,’” Maloney said, referring to the long-running sitcom. “It’s the place that’s always here. It’s really just dependable — great hamburgers, and it’s always had a good vibe to it.”

Over ice clattering as a bartender prepared a shaken mixed drink, Maloney repeated a commonly uttered phrase of the night: “It’s the end of an era.”

BUY A BREW AT 2?: Cobb bars can now pour into Monday morning

Mayor Tumlin wants to serve up a Square parking smorgasbord

Marietta mayor Steve Tumlin is proposing a new spot for a parking deck near Marietta Square.

'Local' restaurants square off: Names of existing, incoming restaurants around Square in dispute

Marietta Square is not big enough for two Locals, or so it would seem.

Where everybody knew your name - Shillings on the Square remembered

MARIETTA — Just like in the popular television show “Cheers,” Marietta residents had a place where everybody knew their name.

We have enjoyed the great food, atmosphere, caring of the owners and staff,the ambiance and charm of Schillings on the Square since we moved to Marietta, Ga. from Augusta,Ga. in 1979. Having lived in Germany for four years,we appreciated the “ folksy” atmosphere and good food. We often met both out of town and country friends here, as well as my real estate customers, aswell as enjoying our personal husbnd and wife soirées. We would always suggest to friends “ let’s meet at Schillings on the Square”. We shall miss you all and hope that the next owners will follow suit, although it will be hard to match the “ old fashioned “ charm. We wish the new owners much success

Post script to previous message!Thank you, Mr.Reardon for many fine years of presenting a wonderful restaurant to the general public for everyone to enjoy!Wr wish you well in your next endeavor!

Georgia officials: Don’t get violent when a retailer asks you to wear a mask

Floyd Medical Center deal still in the works, must have board and AG approval before moving forward