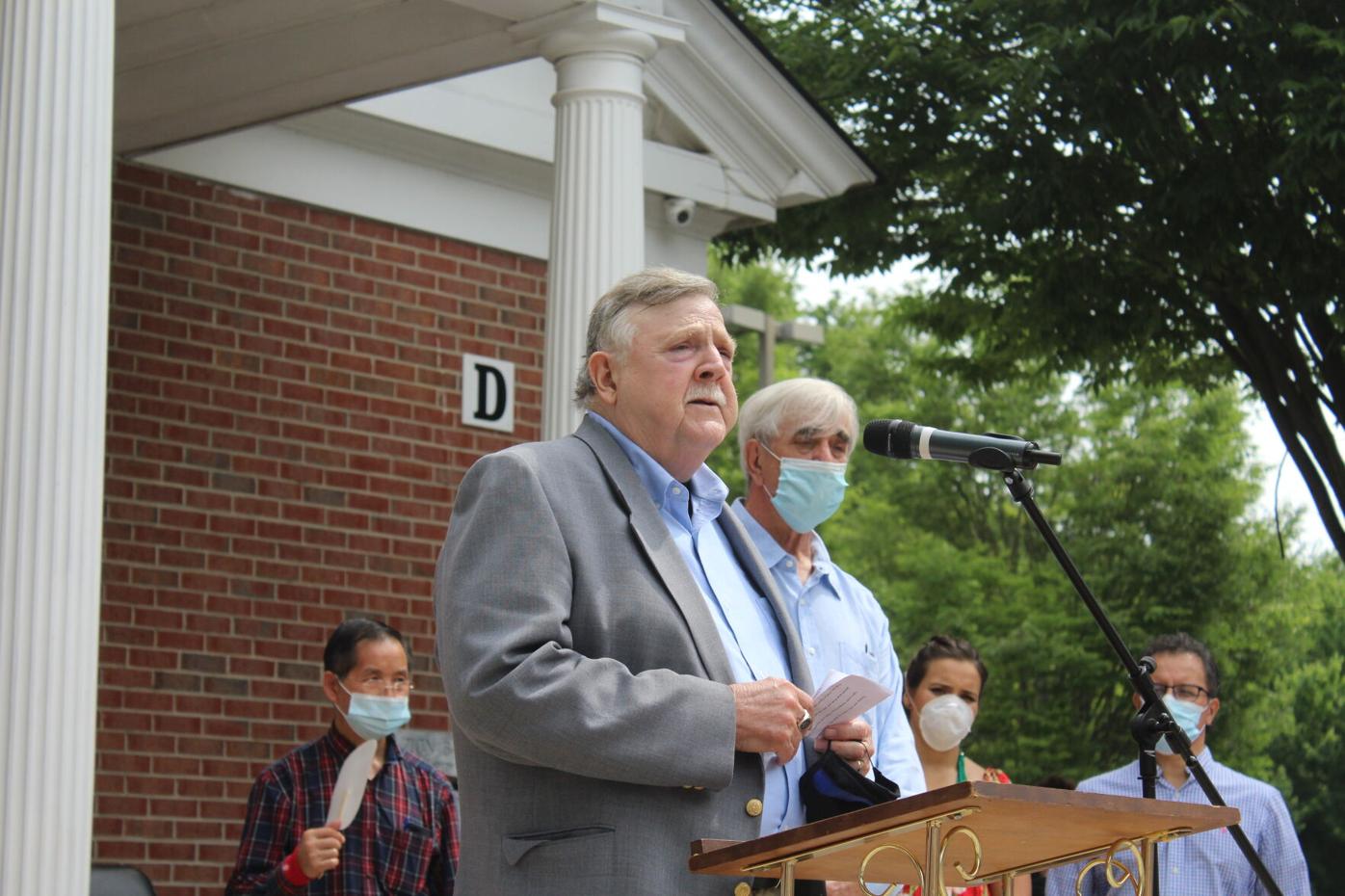 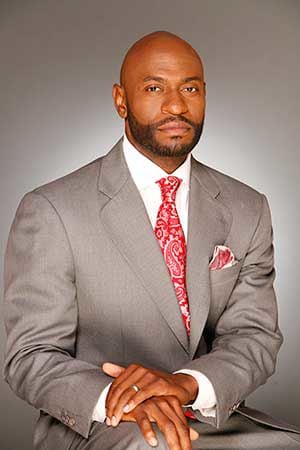 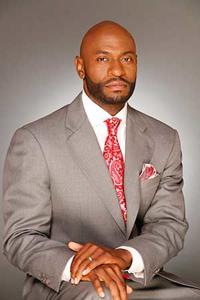 An outside law firm will review five years’ worth of complaints alleging discriminatory practice, use of force, deadly force or neglect at the Cobb County Sheriff’s Office.

The review is to be conducted by Marietta-based firm Wade, Bradley, and Campbell, and came at Sheriff Neil Warren’s request, according to a news release.

At least 48 inmates have died under Warren’s custody since he became sheriff in 2003, including seven since December 2018. Some of the families of those who have died in the past two years have attributed their deaths to inadequate care.

Partner Nathan Wade represented Warren in April when sheriff’s candidate Jimmy Herndon filed a complaint alleging Warren had not, as required by law, notarized certain documents when qualifying for the race. Herndon ultimately withdrew that complaint. Warren’s fourth term as sheriff is set to expire this year; he is seeking reelection.

Wade said he had represented the sheriff after being contacted by former law school classmate and Chief Deputy Sonya Allen, as the county attorney is barred from handling such cases.

Wade said his firm has conducted similar work on behalf of the Cobb NAACP and would not be compensated for this investigation, which it was doing as a public service.

“It came as a shock when the sheriff decided, ‘You know what? I don’t want this perception that I’m doing something wrong. I’m willing to open my doors, my files,” Wade said. “I doubt that there’s nothing in there to find. He knows we have a reputation of being very aggressive advocates in the community.”

Warren said in the release he had long thought about asking for the review but was compelled to move forward after attending a prayer-driven protest at Marietta’s Zion Baptist Church on Saturday.

“I have watched the news of late like everyone else and I believe that the public should feel at ease with how the Cobb County Sheriff’s Office conducts itself,” he said in the release.

During the protest, Zion Pastor Eric Beckham cited conditions at the jail as a local issue of relevance to people protesting racism and police brutality. Such protests have swept the nation after the May 25 death of black Minneapolis resident George Floyd at the hands of a police officer.

“Some of our own church members are crying out about the horrid, horrid conditions of mistreatment at the Cobb County Detention Center,” Beckham said Saturday as Warren, whose office runs the detention center, stood behind him. “Am I supposed to listen to them and believe, or are we supposed to be in denial and turn away with deaf ears? ... The SCLC (Southern Christian Leadership Conference) has brought in the ACLU. Why is there still no investigation?”

The firm will look at allegations made in the last five years.

“I want to know in my own mind that we have done all we could do to treat those in our custody as humanely and respectfully as possible,” Warren said. “I believe that this firm will help us to potentially find areas for improvement and I will also expect them to take part in any future formal disciplinary hearings that involve these issues to be sure that Cobb citizens are being looked after and protected. This new process will begin immediately and I expect periodic updates to me and my command staff.”

SMYRNA — More than 100 from in and around Cobb County gathered at Taylor Brawner Park in Smyrna on Sunday to hear from elected officials, ment…

So if a prisoner dies of an underlying health problem or constant drug abuse how is that the sheriffs department fault. Don’t do the crime and you won’t serve the time. That’s a novel idea.

The man literally harassed cheerleaders over the "Un America ACT [sic]” of taking a knee for BLM.

Warren, you need to get your... self... up to KSU and take a knee with the cheerleaders every single home game this fall while Otis Junior The Third has reporters over at our jail talking to folks to reveal how many George Floyds have happened at our jail on your watch.

Let's not forget MDJ reported that Warren wrote to his buddy Ehrhart, "Thanks for always standing up too [sic] these liberal that hate the USA" about the cheerleaders who he stated "hate the USA," why? Because Black Lives Matter. If you think BLM, you "hate the USA?"

No matter what a person thought of BLM in the fall of 2017, a sheriff who states that Americans exercising their constitutional right to speak freely without interference from or retaliation by the government are USA haters, I'd say that sheriff is a crime against the US Constitution.

Who exactly is paying for this campaign ad whoops I mean this investigation? People are saying it's Cobb County taxpayers, me and you. I don't know but I think it's true, I believe it to be true, I feel like it is true me and you having our tax money spent by Warren for lawyers to un-smear him of his own smears!

Earl Ehrhart went away over his anti-BLM cheerleader harassing actvities.

Sam Olens went away over his anti-BLM cheerleader harassing actvities too.

Third Wheel Warren needs to go away over his anti-BLM cheerleader harassing activities.

I feel as though if Warren had any honor or respect for others or even one single clue, he would not be investigating himself, he would be turning in his resignation.

Move back to Seattle.

You are a very angry hate-filled person!

Very true post Sirhc Sivad....however there is much much more that the prayer service should have awakened in Warren---the years of corruption and racism and cronyism that he and his Cobb cohorts (some of whom you mentioned) have engaged in---no law firm will be able to dig up all of that, even at the taxpayer's expense. No, it is time for Warren, like his cohorts, to go out to pasture and make room for a 21st century leader. The voters in November will make sure of that, and, if not, there will be an investigation, but not by those whom he chooses, and he may very well find himself a resident of the mismanaged building and cells he mismanages.

Approving Sirhc Sivad's hate and anger places you on the wrong side of history, Rich!

Rich accused Warren of being racist. Sirhc liberally used the term BLM. May I remind both of you that "LIVES MATTER"! Adding another word makes it a racist statement. PERIOD. END OF STORY.

Be careful who you call racist because you are both guilty as well.

Greeting and salutations, Mr Howard. I use the term BLM because I am addressing people who already feel that WLM and need only to be prodded about BLMattering. I agree wholeheartedly that lives matter. Saying BLM does not mean in any way that WL do not M! You know that. I know that. We all know that. Arguing that, it's a non-sequitur. You're inventing stuff and arguing against it, and everybody realizes that by now.

Mrs Johanna, I do hate that we have Neil Warren as our Sheriff. I hate that he is in charge of the Cobb County Adult Detention Center where you or I would end up for any jailing offense, no matter how minor. He could be in charge of me, you, Mr Howard, Mr Rich, any of us. If not for the inmates currently in Warrens "care," be concerned about the possibility that Warren might be taking "care" of you! Or your children, or your grandchildren. So many deaths at the detention center and zero accountability as of yet. Warren hides behind HIPPA and does not disclose what happened, but simple statistics can prove that what keeps happening at the CADC, it's statistically significant. It's out of the ordinary, meaning extraordinary, but not in the good way mama always told us we were extraordinary. My interpretation of CADC's fatality statistics tells me that Warren has us inevitably headed for one or more multi-million dollar wrongful death lawsuit(s), and I don't care to foot that bill. Sheriff Warren needs to go before he costs all of us a ton of money with yet another death at OUR detention center. As voters and taxpayers, we share the burden of Warren's inmate deaths. I don't want that burden. Why would anybody want that? The detention center can detain people without them dying all the time. That's how it went prior to the Trump Context of white guys thinking they can do whatever they want to people who are not white guys. That's how it can go starting again with the election in November. Warren has to go! George Floyd 8:46 Never Forget Let's made the CADC be the Cobb Adult Detention Center again. I've had more than enough of Warren's administration of the Cobb Adult Death Camp!

Mr Rich, we are on the same page. My only difference is that Neil Warren would not be a mere inmate at the CADC. If he were found guilty of committing felonious infractions as our sheriff, and if any of these numerous inmate deaths were proven in court to have been untoward and illegal, Warren would have to serve his time in a prison, as a prisoner.

You probably know this, but a lot of readers may not realize, prison is where bad people go. CADC is just detention, for piddly stuff, excepting for the newly arrested and yet to be convicted, they might have done really bad stuff, but once convicted, they go to prison.

The Cobb Adult Detention Center (Death Camp) is not full of the worst humans available in Cobb County (well, not the inmates, at least). Certainly some inmates are not great people but overall the CADC if full of Cobb and Metro Atlanta residents who made mistakes once or twice in Cobb County. A sentence to the CADC should not be a death Warren-t!

News quiz for week of June 13

Chef ahoy! Culinary ace aboard ships rides wave of popularity with a cookbook

Weather Update: What to expect Sunday and Monday in Georgia