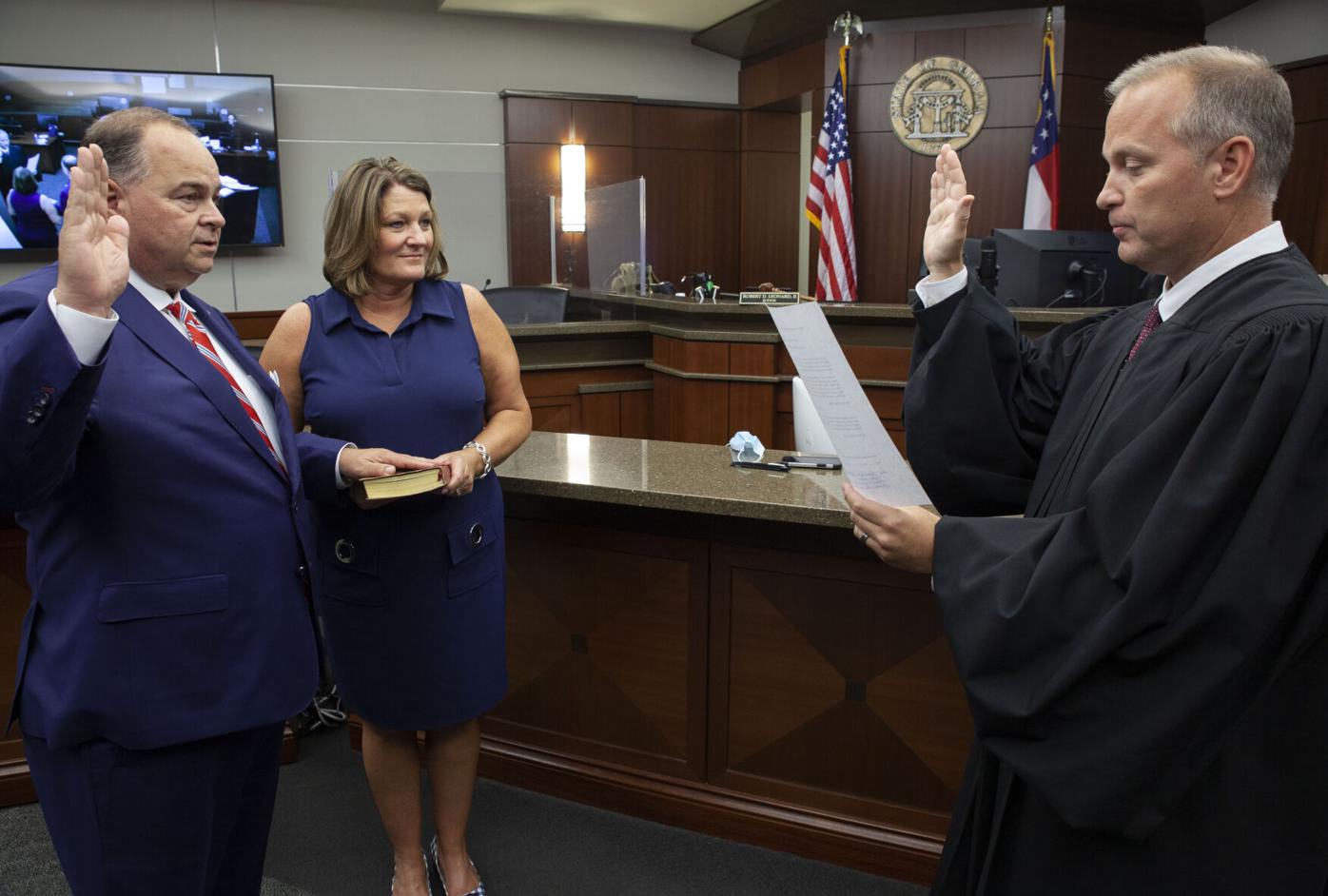 Devan Seabaugh, left, takes his oaths of office as his wife, Beth, holds the Bible on which he swears. Seabaugh's swearing in by Chief Cobb Superior Court Judge Rob Leonard, right, on Wednesday makes official his representation of Georgia House District 34. 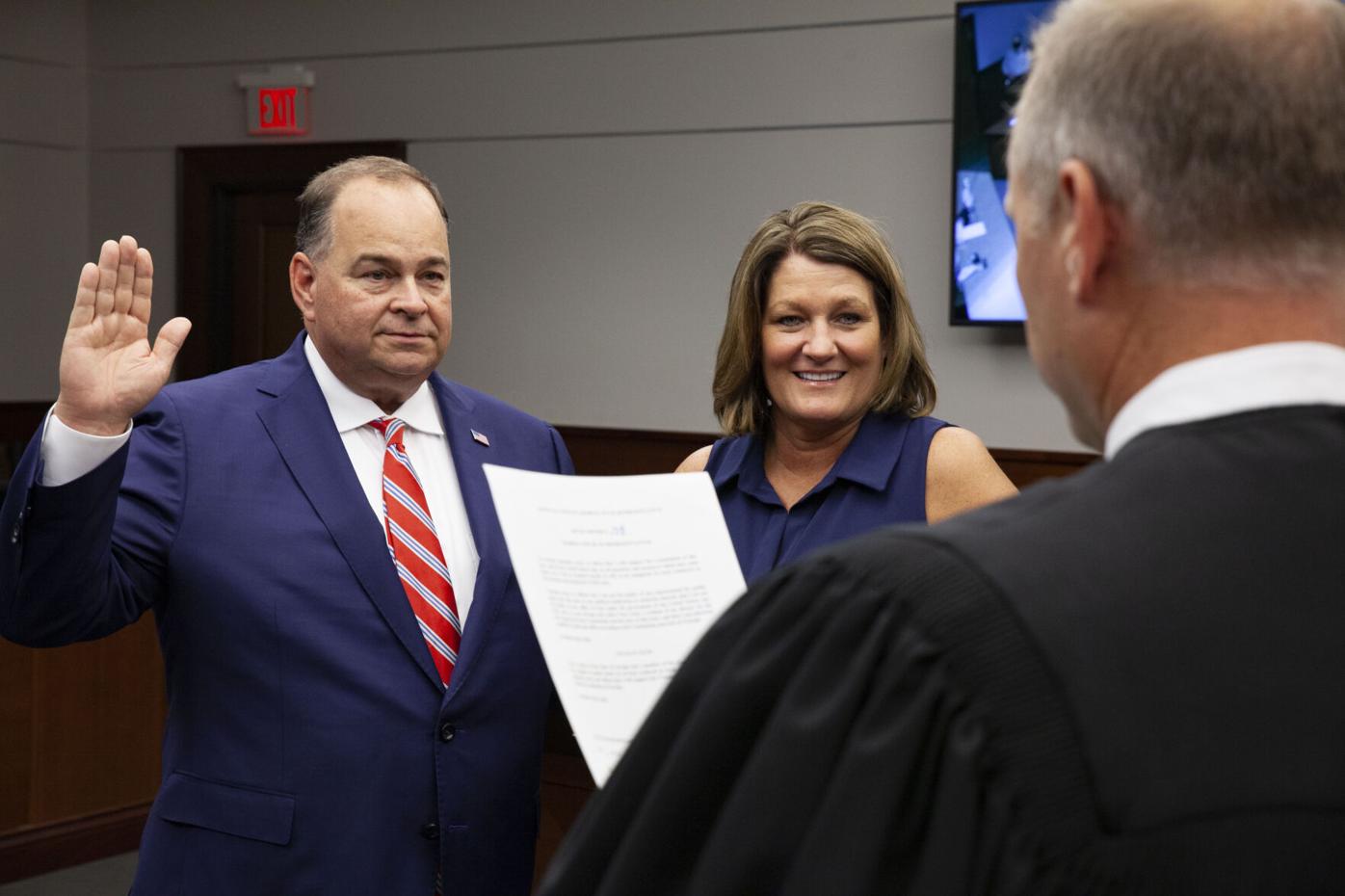 Devan Seabaugh, left, takes his oaths of office as his wife, Beth, holds the Bible on which he swears. Seabaugh's swearing in by Chief Cobb Superior Court Judge Rob Leonard on Wednesday makes official his representation of Georgia House District 34. 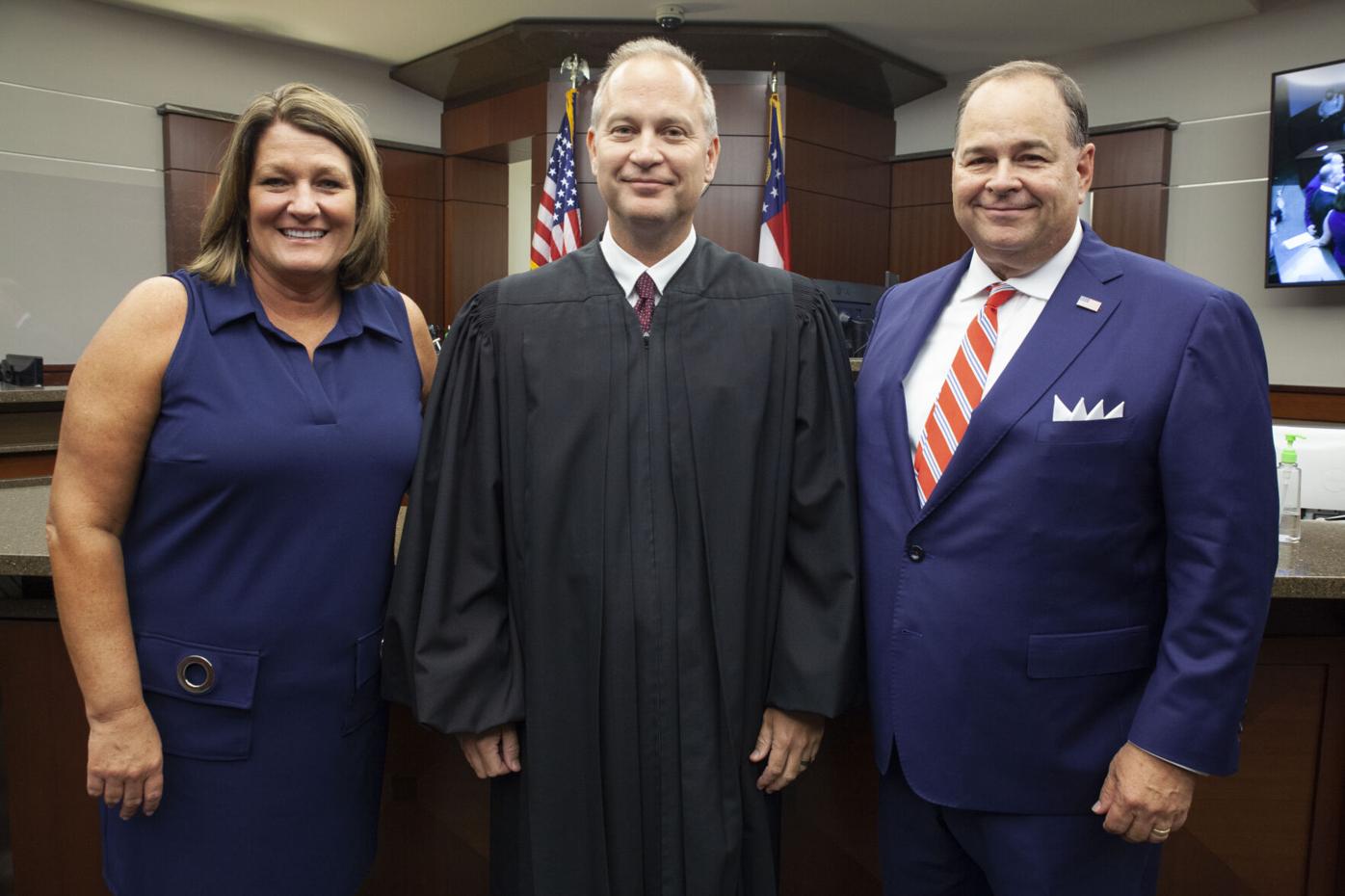 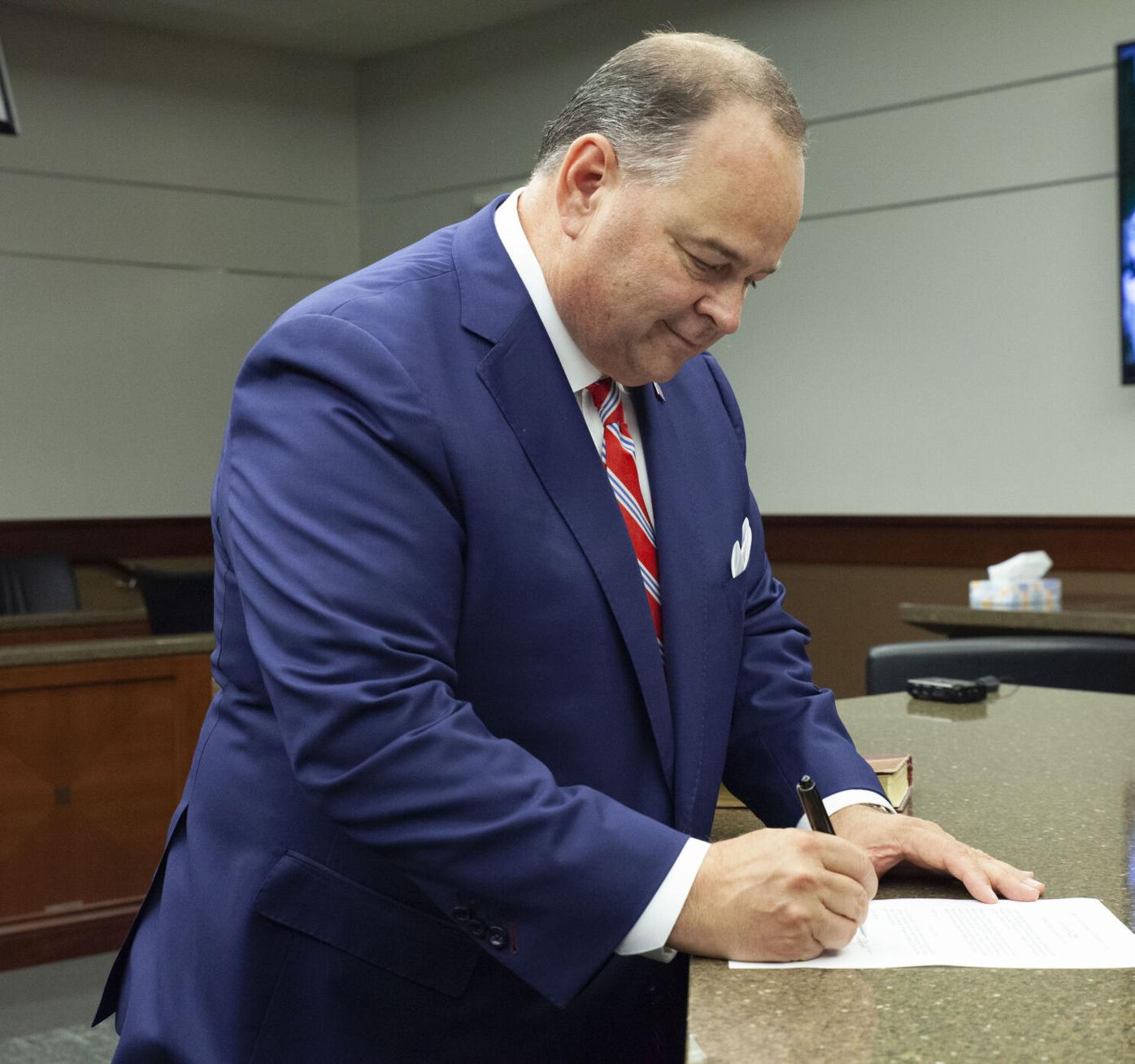 Devan Seabaugh, left, takes his oaths of office as his wife, Beth, holds the Bible on which he swears. Seabaugh's swearing in by Chief Cobb Superior Court Judge Rob Leonard, right, on Wednesday makes official his representation of Georgia House District 34.

Devan Seabaugh, left, takes his oaths of office as his wife, Beth, holds the Bible on which he swears. Seabaugh's swearing in by Chief Cobb Superior Court Judge Rob Leonard on Wednesday makes official his representation of Georgia House District 34.

MARIETTA — Republican Devan Seabaugh has officially been sworn in as Georgia’s representative of the state House District 34.

The swearing in was an intimate affair — only Seabaugh, his wife Beth, Chief Superior Court Judge Rob Leonard and legal staff were in the courtroom for the action Wednesday evening.

Fittingly dressed in red, white and blue, Seabaugh took his oaths with his right hand raised and his left placed on a Bible gifted to him by his father, who died in 2009.

The MetroAtlanta Ambulance business executive said initial plans were to do it later at the Georgia Capitol. But as both he and county judges would be unavailable in coming weeks, he said the urgency of installing official representation for the 34th District, which represents parts of Marietta and Kennesaw, necessitated his swearing in as soon as possible. Final steps and paperwork needed to formalize his move into office can’t be completed until he is sworn in.

A ceremonial swearing in will still be held on Aug. 5 at the State Capitol to celebrate with family, friends and others who made the campaign successful, Seabaugh said.

“I don’t want to disappoint those folks that really wanted to be at this. The urgency just is that we’re currently unrepresented, and we don’t want that for another two or three weeks,” he said.

With the governor expected to soon call a special session to address reapportionment and crime in the state, Seabaugh said he also thought it important to give himself time to make introductions at the Capitol and get acclimated to be ready on Day 1. The regular legislative session, which begins each January, will be hot on the heels of the special session’s conclusion.

“I’ll get my committee assignments during this onboarding process and be able to meet with those folks and get up to date on what legislation’s currently in the committees and really just educate myself,” Seabaugh said. “I’m really looking forward to meeting my fellow legislators and to seeing how I can help improve our status in Georgia.”

Seabaugh received about 63% of the vote to Democratic challenger Priscilla Smith’s 37% in July 13’s runoff election. He succeeds former state Rep. Bert Reeves, R-Marietta, who resigned earlier this year to accept a job with Georgia Tech.