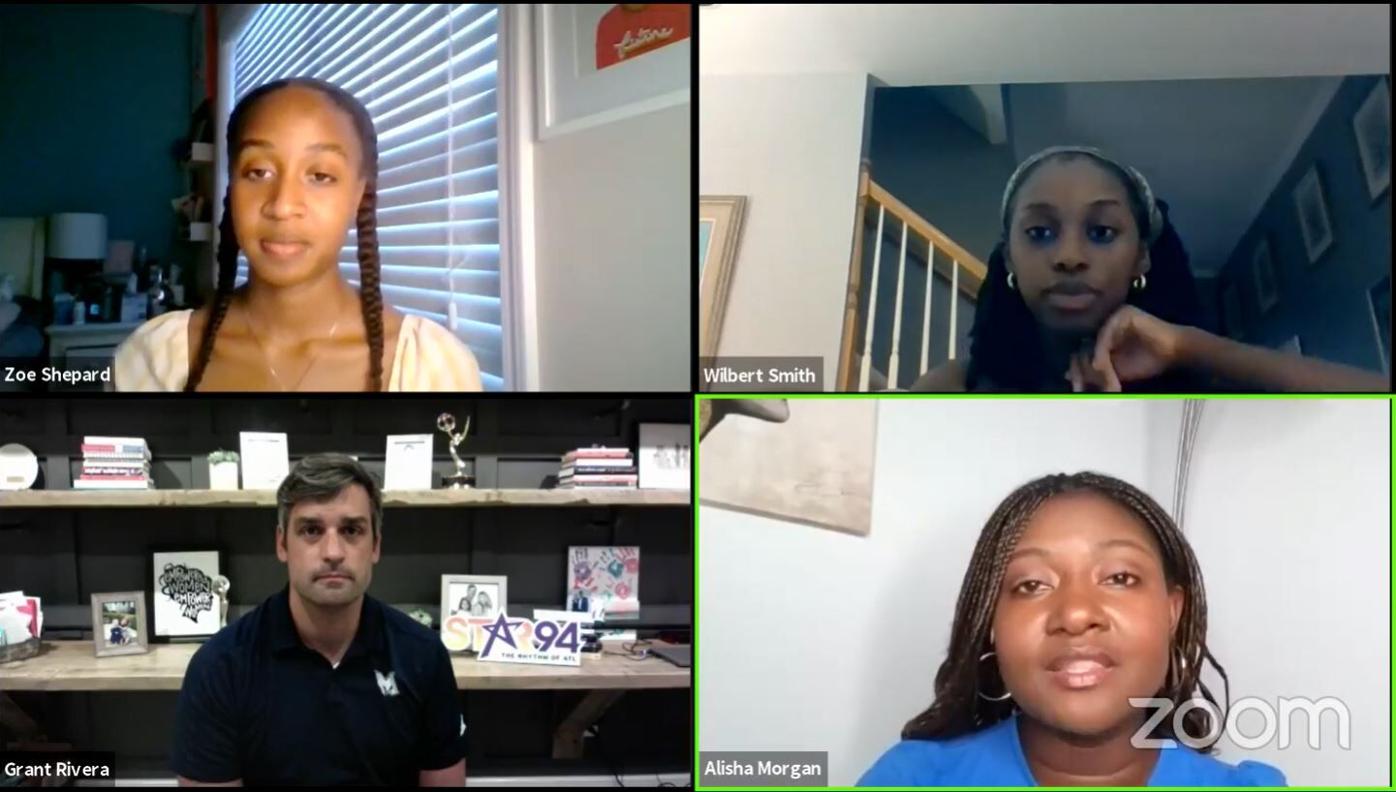 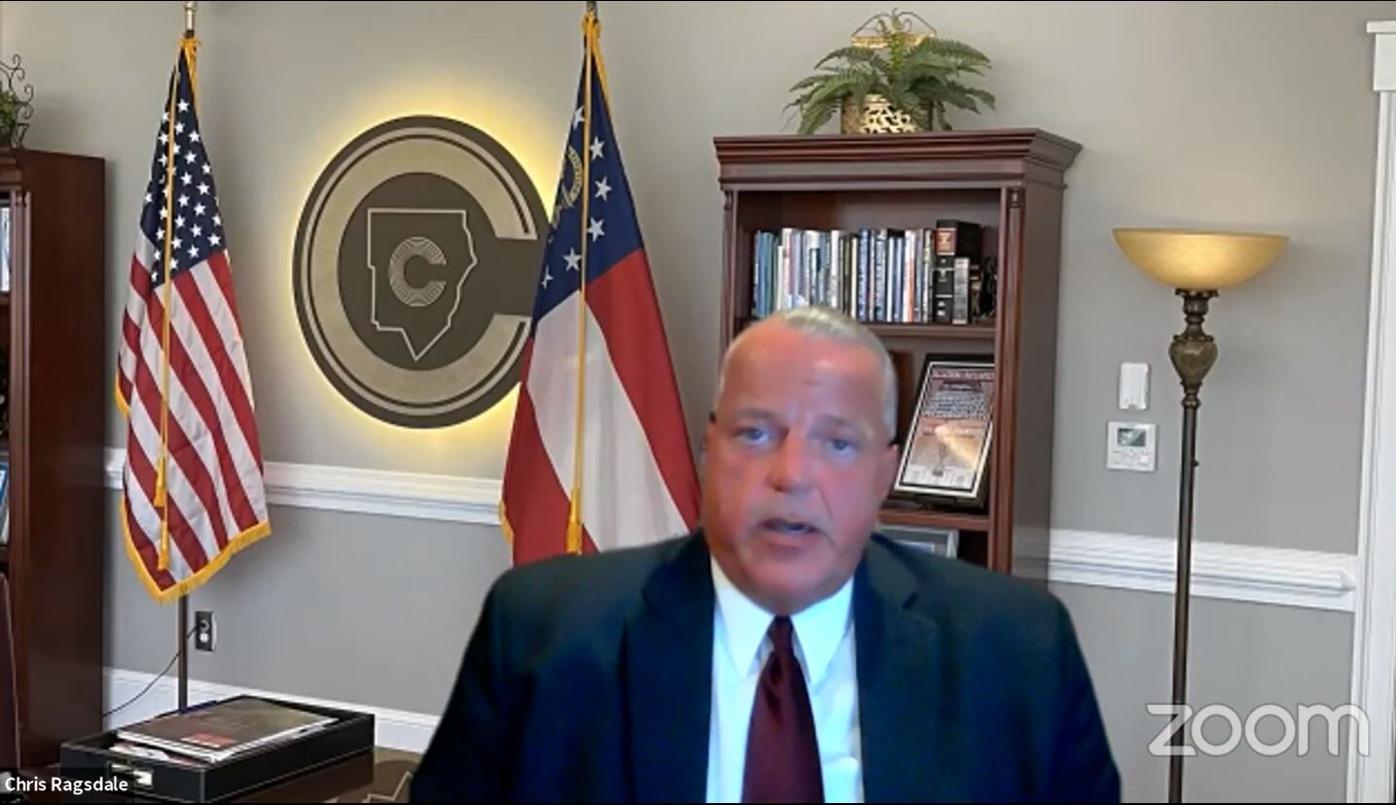 A senior from both the Cobb and Marietta school districts joined the school superintendents for the Cobb County NAACP’s annual education forum this week, and the group gave an inside look at how their schools are handling the pandemic.

COVID-19 in Cobb County SchoolsWheeler’s Shepard said she believed the Cobb School District’s COVID-19 mitigation measures were missing the mark. She shared the experience of a friend who had come into close contact with a positive case of COVID-19, but had not been notified until nine days later. Shepard said she’d heard of many similar stories.

“You just don’t have a level of transparency about what you’re being exposed to and what you’re around at school,” Shepard said. “I think that student health is a part of student success, and I think it should be something that should be prioritized.”

The Wheeler senior also said she would feel safer if masks were mandated in Cobb Schools.

For his part, Ragsdale said there “has not been a more complex environment that anybody has had to operate in.”

“It’s a struggle,” he said, adding there are protocols in place.

Ragsdale said the district has modified its quarantine process for close-contact students, but he said district officials also make sure there is adequate information about changes to protocols via email, social media and on the district website. In terms of contact tracing, Ragsdale called the practice “a huge lift that everybody has struggled with,” in the district of more than 100 schools and 107,000 students.

Ragsdale noted that close contacts must quarantine at home for three days after the exposure before they can return to school under certain circumstances. Previously, students could return to school the next day, so long as they were asymptomatic and wore a mask for 10 days.

Asked whether there are any plans to make masks mandatory in Cobb Schools, Ragsdale reiterated that masks are “strongly encouraged” but remain optional in the district.

“You can say there’s a plan today and that plan may change tomorrow,” he said. “And that’s the environment we’re living in right now.”

He said the district stayed with the optional policy because upon inspection of COVID-19 numbers in districts across the state, regardless of mask policy, “the numbers are all over the place.”

“There was no data that showed, ‘Yes, there is a significant difference in mandate or not. That’s not to say that we’re anti-mask or we’re not allowing mask utilization,” Ragsdale said of his district, noting that the district receives emails from families on both sides of the issue, and opinions are split. “We just believe that at the present time, it’s just not appropriate to mandate and take that choice away from families.”

Public health experts, meanwhile, maintain that masks should be worn in schools and are the best measure, along with vaccination, to cut down on virus spread.

Ragsdale said he applies the same optional policy to vaccines for staff, adding that it is “an individual, personal decision, and it needs to stay that way.” He also said the district wants to do “everything we can” to ensure students continue face-to-face learning and strongly encourages vaccination as well.

Asked how much politics factors into the decision to leave masks optional, Ragsdale said “none.” The easiest decision would instead be to mandate masks, he said, because “that’s where the political pressure is coming from.”

Rivera called “very difficult” the decision to mandate masks in what the district hopes is a temporary move, but he said the decision had been brought on by a dramatic increase in COVID cases in schools in a short time.

During the first nine days of the new school year, 38 students and seven staffers tested positive for the coronavirus. But only one of those people, a student, was “epi-linked to school-based transmission,” Rivera said when he announced the mandate on Aug. 19.

In the subsequent three school days another 42 students and nine staffers tested positive, with 16 of those people linked to school-based transmission.

In terms of close contact and quarantine procedures, Rivera also acknowledged how tough tracking every case is. He said contact tracers in Marietta Schools work to identify close contacts and notify families of that contact the same day, “up until 10:30 at night.”

He said families are contacted with a personal phone call to inform them of their child being considered a close contact and the quarantine protocol, as well as a “detailed email” within 48 hours listing symptoms families should be aware of and date of student’s return to school.

If families provide a negative COVID-19 test and confirm the student is asymptomatic, they can return to school after seven days at home, Rivera said. He also pointed to the testing Marietta Schools is offering for students and said families are taking advantage of the resource, provided in partnership with state public health and education departments.

Cobb Schools has issued a survey to parents to collect feedback on whether they would use the same testing partnership. Ragsdale said the district had received around 10,000 responses as of Monday, which he called a “pretty low” response rate given the number of families in the district.

Critical race theoryCritical race theory, an academic theory which, among other things, holds that racism is systemic in legal systems and institutions, has made national news over the past year or more, igniting passionate debate among parents and educators about what should be taught in schools.

In June, the Georgia Board of Education voted to essentially endorse Gov. Brian Kemp’s opposition to teaching critical race theory in Georgia schools. A resolution Georgia board members passed declares the board’s belief that the United States “is not a racist country, and that the state of Georgia is not a racist state.”

The five-page resolution goes on to oppose any use of public education resources to “indoctrinate” students in any political ideology or theory or accepting either federal or private funding that require teaching that anyone is inherently racist or inherently a victim of racism.

Following the state board’s move, the Cobb Board of Education voted 4-0-3 to ban critical race theory, with the three Democrats on the board abstaining from the vote.

During Tuesday’s forum, Ragsdale said if you ask 10 people to define the theory, it’s likely you’ll get 10 different answers.

“As we know, it’s very important to teach history accurately, and the Georgia standards as they currently are do that,” he said.

Morgan pressed Ragsdale to define critical race theory, to which he responded “I’m not even going to attempt to,” citing the multiple definitions floating around and pointing again to the school board’s resolution banning it.

He called the theory “very different” than “culturally responsive teaching,” in which staff are asked to examine how they are “aware of the differences that children bring in your classroom relative to race and how are you sensitive to those.”

Rivera said, “philosophically,” he agrees with the teaching of Georgia standards, but said the breadth of the subjects should be covered equally. For example, he said, a class on the history of religions shouldn’t just focus on Christianity.

Rivera said his school district has not specifically come out against critical race theory in any definitive way, but instead sent a letter to all families, explaining that he expects teachers to teach approved courses with approved standards and “appropriate scope and depth” in a responsible way.

Morgan, a parent of a ninth grader in Cobb Schools, weighed in on the topic toward the end of the forum, saying that prior to this year, critical race theory wasn’t even on the radar of most people. She also called it “sad” that “we’re having conversations in school districts about not teaching relevant curriculum about who they are and celebrating their experiences.”

She added that she is “deeply sad” over the Cobb school board banning critical race theory, saying that the decision “reeks of politics.”

Before allowing the student panelists to weigh in, Morgan called it a “wrongheaded move” to ban the teaching of critical race theory.

Shepard, an Black student, said she felt there have been times that “people that look like me” get two weeks of teaching about the era of civil rights before moving on, and “I don’t feel like that’s equal representation.”

Smith, on the other hand, said she felt Marietta Schools did “a very good job of making sure all students feel welcome,” but added “that’s just my personal experience.”

She noted that as Black Lives Matter protests happened consistently last summer, teachers spoke openly about it at the start of class. Smith said it is important for people to be able to sit in classrooms with people who “don’t look like them” and discuss comfortably having difficult conversations.

The Cobb County School District opened a survey Tuesday morning, asking parents whether they would participate in provided COVID-19 testing if…

Marietta school board candidates sound off on mask mandates

As students and staff have returned to classrooms across Georgia, no issue has divided school boards and communities quite like face masks.

Here are Georgia’s 2021 Blue Ribbon Schools. Did your school make the cut?