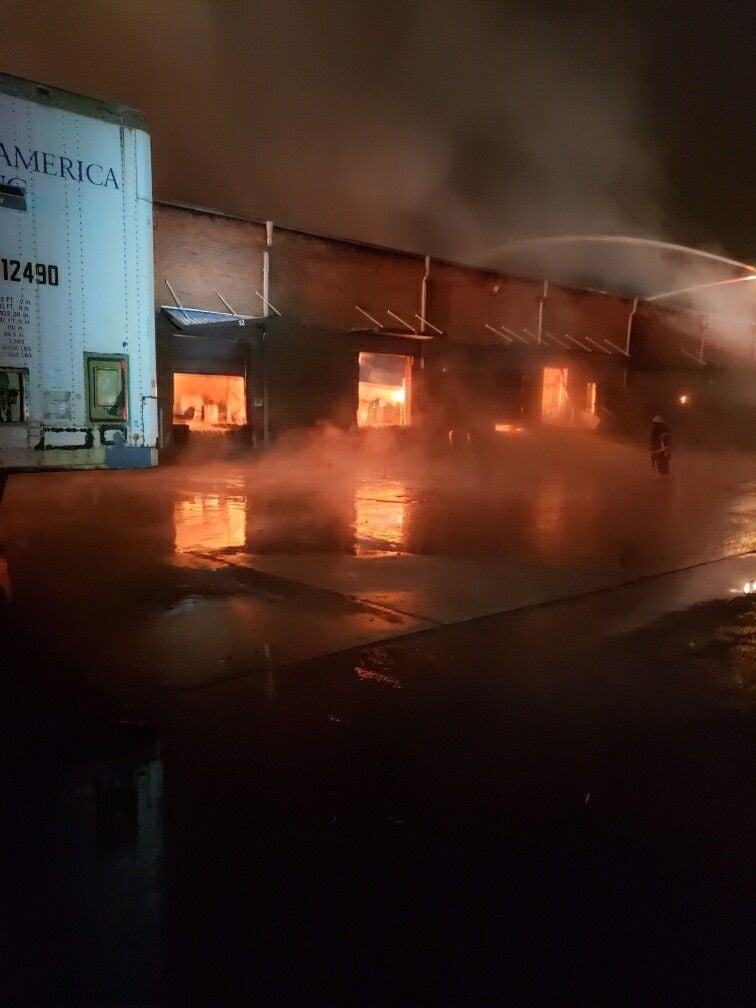 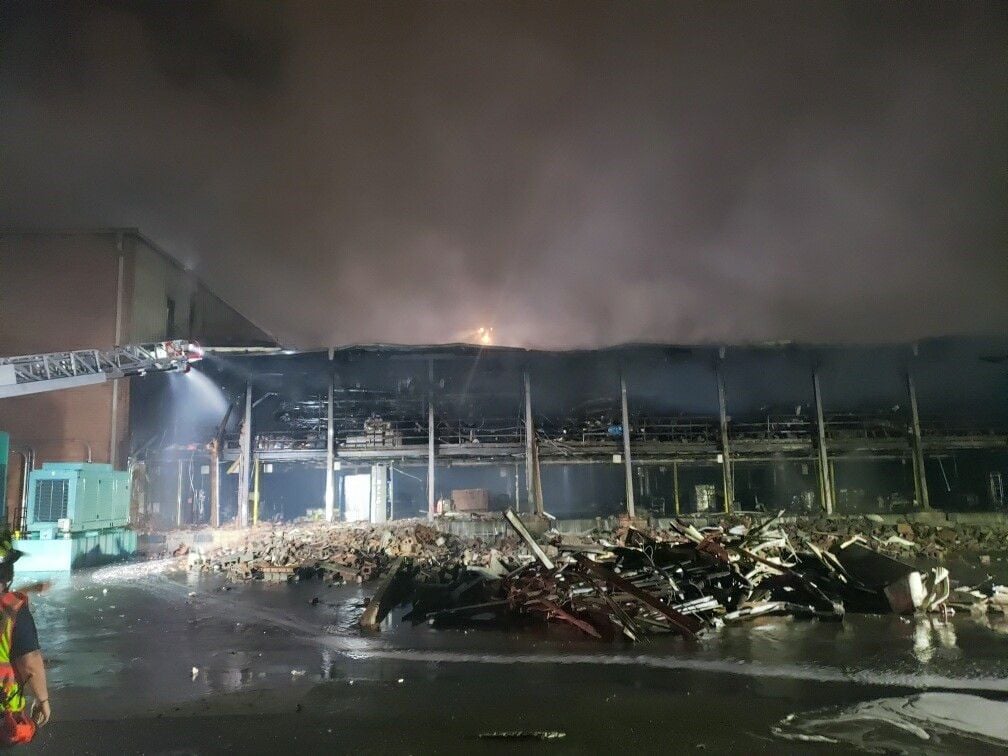 A recent warehouse and office building fire at the S.P. Richards Company headquarters in Smyrna turned out to be the largest blaze in the city’s history, according to Smyrna Fire Chief Roy Acree.

His firefighters were aided by crews from Cobb County, Marietta, DeKalb County, Atlanta, Sandy Springs and Forest Park, and spent seven days on site dampening hotspots and making sure the mass of smoldering material was safely demolished.

Six million gallons of water and 700 gallons of foam from “airport crash trucks” had to be pumped onto the blaze, Acree said.

“Additionally, due to the amount of product that was in the warehouse at the time of the fire, heavy equipment had to be utilized to demolish the building to ensure all the fire was extinguished,” he told the MDJ.

Smyrna firefighters received several calls to the fire at 7:30 p.m. on July 19 and arrived on scene within minutes to heavy smoke billowing from the company’s large distribution warehouse and adjoining three-story administration office building, which serves as the company’s global headquarters.

Acree said once firefighters entered the warehouse, they encountered “heavy fire conditions” and were forced to retreat as a section of the roof was beginning to collapse.

“From that moment forward, strategy changed to defensive fire operations and the fire crews were assigned to all four sides of the structure,” he said. “Due to the size and complexity of the situation, pre-established mutual-aid agreements were implemented.”

Acree, the director of Smyrna’s emergency management, said it was a prime example of units from different jurisdictions throughout metro Atlanta working together to eliminate a major public safety risk.

“I’m incredibly proud of the men and women we have,” he said, while giving an update on the incident at the Smyrna City Council’s regular meeting Monday. “It was by all accounts the largest commercial structure fire, to my knowledge, in the history of the city of Smyrna.”

Acree said the cause of the fire is still under investigation but arson has been ruled out.

“Thankfully there were no injuries or fatalities,” he said.

The S.P. Richards Company was prepared with contingency and continuity of business plans, which made the fire easier to deal with and ensured no one was hurt, Acree said.

“Not only did they prepare those plans, they made it a corporate practice to exercise those plans annually and because of that they were able to continue all of their operations, both the intake for sales and the distribution, with eight hours of downtime,” he said. “It was incredibly impressive, they’re a wonderful company, and even though we’re talking about a very unfortunate thing, S.P. Richards was incredibly prepared.”

Acree said the company, a wholly owned subsidiary of Fortune 250 firm Genuine Parts Company, is one of the top 10 employers in Smyrna and has occupied its headquarters site at 6300 Highlands Parkway SE, just south of the East-West Connector, since around 1988.

The company, which has over 700 employees listed on LinkedIn, lost its primary distribution warehouse and is dealing with major damage to its main office building, he said.

Smyrna fire crews finally left the scene on Friday July 26, a week after the blaze began.

The S.P. Richards Company is one of North America’s leading business products wholesalers, distributing over 30,000 office products to a network of over 7,000 resellers in the United States and Canada from a network of 44 distribution centers, the company states on its website.

Smyrna City Councilman Ron Fennel thanked Acree and his firefighters on behalf of the City Council at its meeting this week, saying they did an excellent job.

“I join with our public safety committee in applauding the team, the responsiveness, the diligence, the relationship for all sides of the equation with our mutual aid partners with the opportunities for neighboring jurisdictions and relationships you all have built, making sure it became a safe outcome despite its destructive nature as fire is not forgiving,” Fennel said. “This top 10 employer is still selling and shipping product, they have neighboring places where they still do business, so we’re grateful that the outcome was as seamless as we see.”