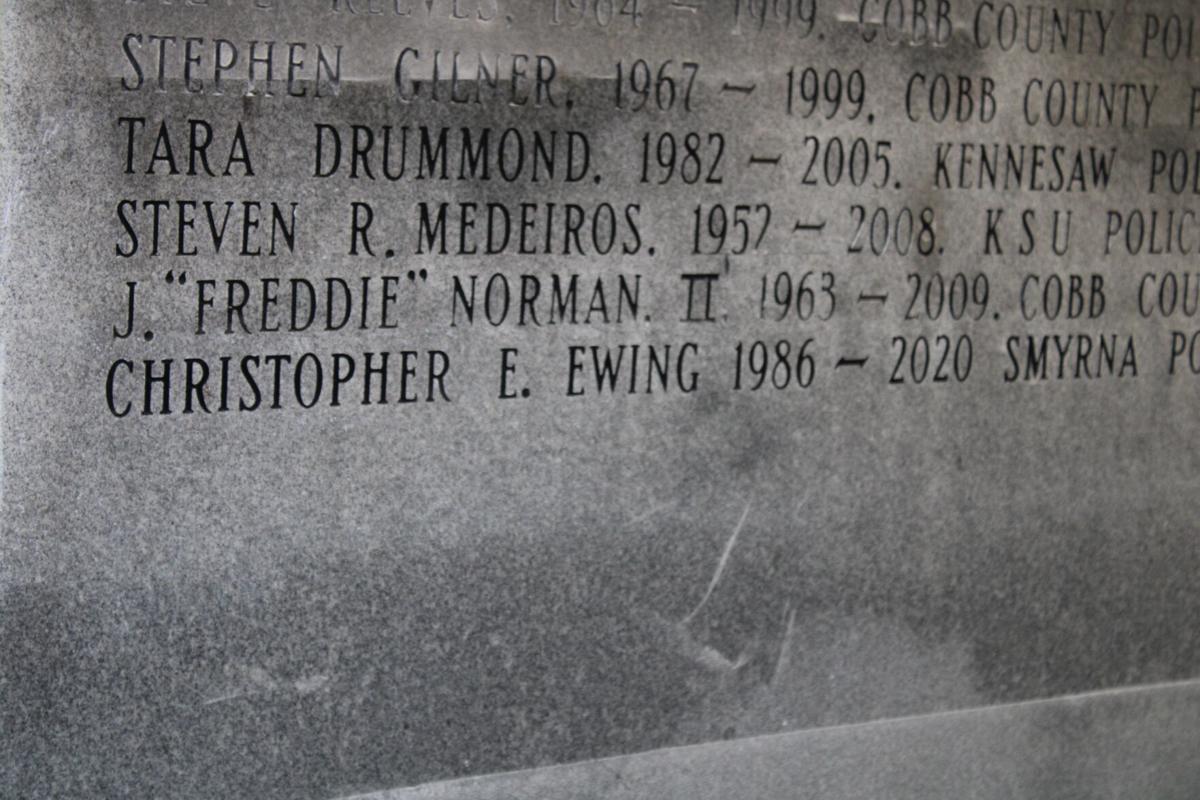 Robert Lorenzo Cox has been indicted on two counts of vehicular homicide, among other charges, for the 2020 death of Smyrna Police Officer Christopher Ewing.

Robert Lorenzo Cox, who is alleged to have been drinking and driving when he collided with and killed Smyrna Police Officer Christopher Ewing last year, has been indicted by a Cobb grand jury.

Cox was charged Friday with two counts of vehicular homicide, and one count each of failure to yield, driving with an open container, and tampering with evidence.

Ewing, whose name earlier this month was carved into a slab remembering fallen Cobb County officers, was killed when his patrol car collided with Cox’s last April. Cox failed to yield to Ewing at the intersection of South Cobb and Oak drives near the Perimeter.

According to a state trooper, Cox was “unsteady on his feet, his eyes were very watery in appearance, and he slurred his speech,” per his warrant. A witness also reported seeing Cox dispose of two beer bottles shortly after the crash.

Ewing was an Air Force veteran who had been with the department for two years at the time of his death. He was honored with a funeral at Truist Park last summer, which saw the attendance of family, city officials, Gov. Brian Kemp and hundreds of police officers from across the metro Atlanta area.

Cox, meanwhile, has been out of jail on a $100,000 bond since July. If convicted, he could face up to 15 years in prison for each count of vehicular homicide, in addition to his other charges.

Hopefully he will never get out of prison.