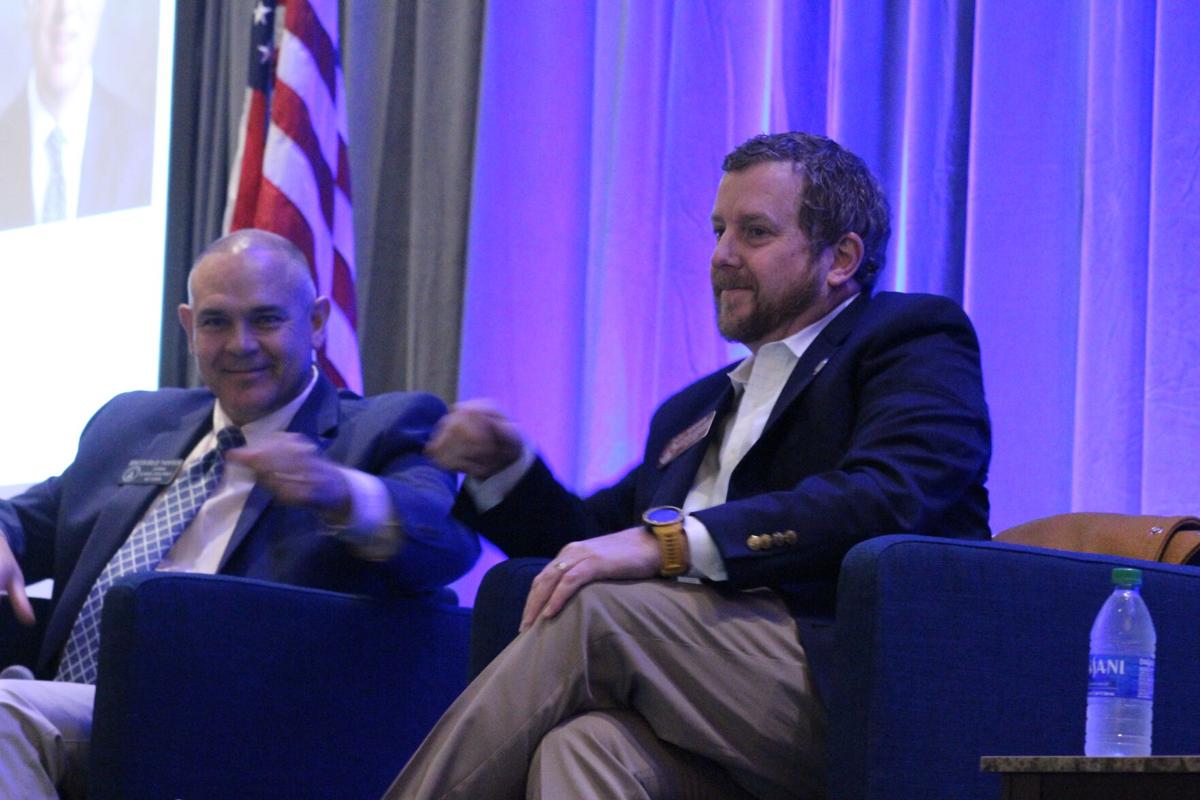 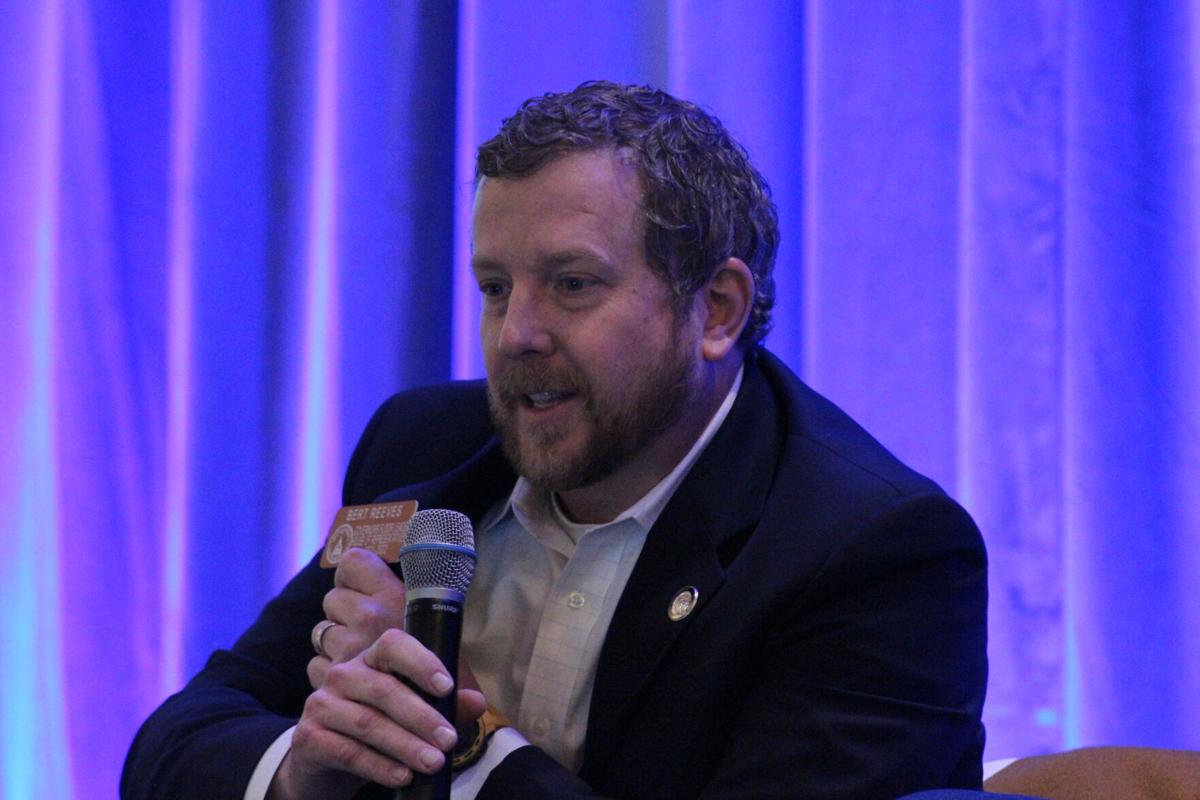 State Rep. Bert Reeves, R-Marietta, holds up his lawmaker's name tag, which he will have to return when he leaves the state House of Representatives for a job at Georgia Tech. 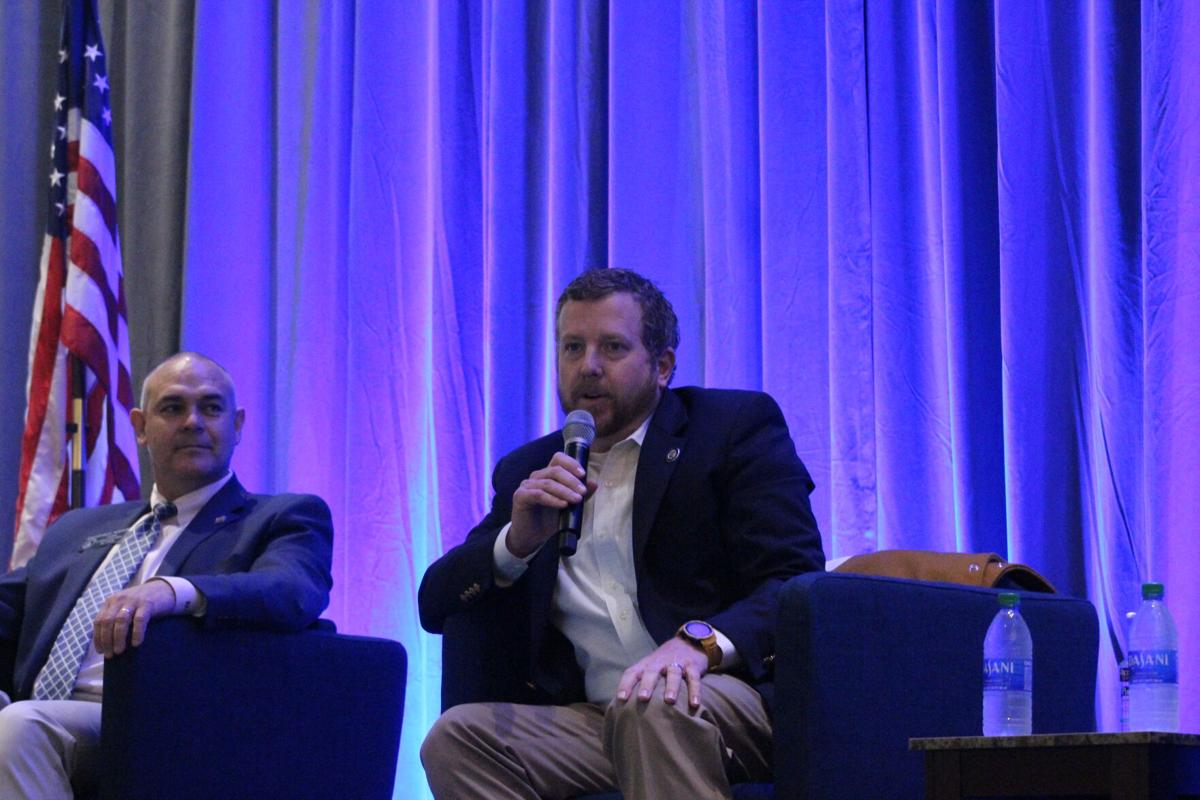 State Rep. Bert Reeves, R-Marietta, holds up his lawmaker's name tag, which he will have to return when he leaves the state House of Representatives for a job at Georgia Tech.

CUMBERLAND — When it’s all said and done, outgoing state Rep. Bert Reeves, R-Marietta, thinks he may have just passed his most significant piece of legislation in his seven years as a lawmaker.

Tucked in a wide-ranging bill addressing Georgia’s tax incentives are several pages that, put simply, will make Lockheed Martin more competitive when it bids in the coming years for rights to build the next generation of fighter jets for the Department of Defense.

Gov. Brian Kemp is expected to sign the bill next week.

Lawmakers are in the midst of their annual tour of community groups, giving an overview of legislative achievements. At the Cobb County Republican Women’s Club last Friday and the Cobb Chamber of Commerce Wednesday, Reeves said the Department of Defense will soon look for companies to build three “new prototype fighter jets.”

“It’s going to be the future of military defense aviation,” he said. “We want Lockheed in Georgia to be able to bid and win these contracts. And Georgia will be the epicenter of military aviation for the whole entire country if we can land these projects.”

The legislation, Senate Bill 6, absorbed a separate bill Reeves had filed offering Lockheed tax incentives should it land one of the aforementioned Department of Defense contracts. The full bill is 33 pages and concerns several industries.

“We applaud the passage of SB 6, an important new economic development law that will be integral to our potential expansion of operations at our Marietta facility in support of critical national security work for our government customers,” Fuller said. “SB 6 could be a critical enabler of high paying, high technology jobs and advance Georgia’s leadership in the aerospace and defense industry.”

The defense department is expected to begin looking for companies to build the first of the three jets later this year, Reeves said. He expects Lockheed to compete for rights to build all three, and each could bring thousands of lucrative jobs to Cobb County.

Lockheed is already one of Cobb’s 10 largest employers, with some 4,700 employees.

“This is the kind of things that we need to be using tax credit programs for,” he said. “If we land these contracts, then this piece of legislation probably by the end — it’ll probably be the most significant thing that I was involved with in my time (in the Statehouse.)”

Reeves recently announced he will be resigning as the representative of state House District 34 to take a position with the Georgia Institute of Technology’s cabinet.

Latvia invites Georgian companies to use its ports for logistics services