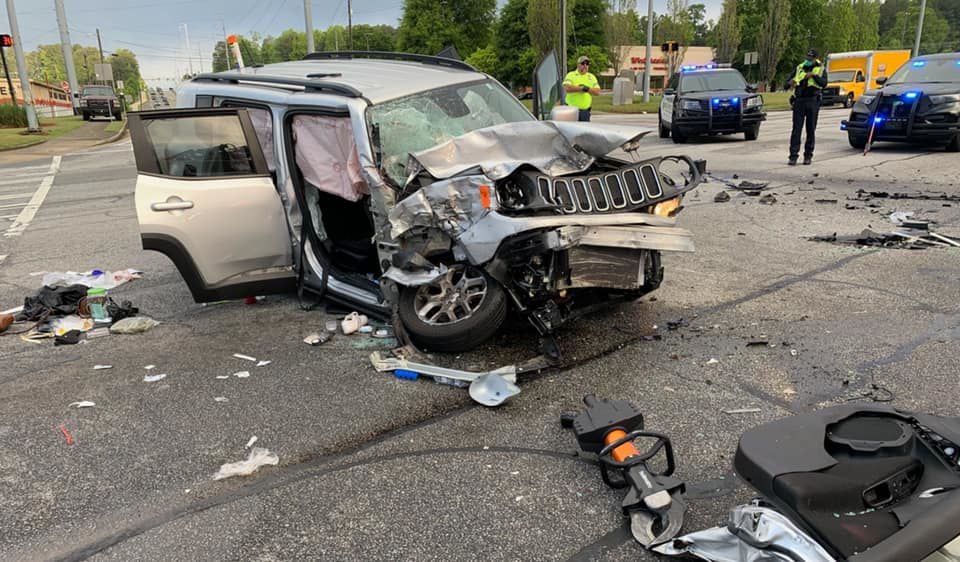 Smyrna police shared this photo of a serious vehicle crash at the intersection of South Cobb Drive and Windy Hill Road, which left two female passengers with injuries. 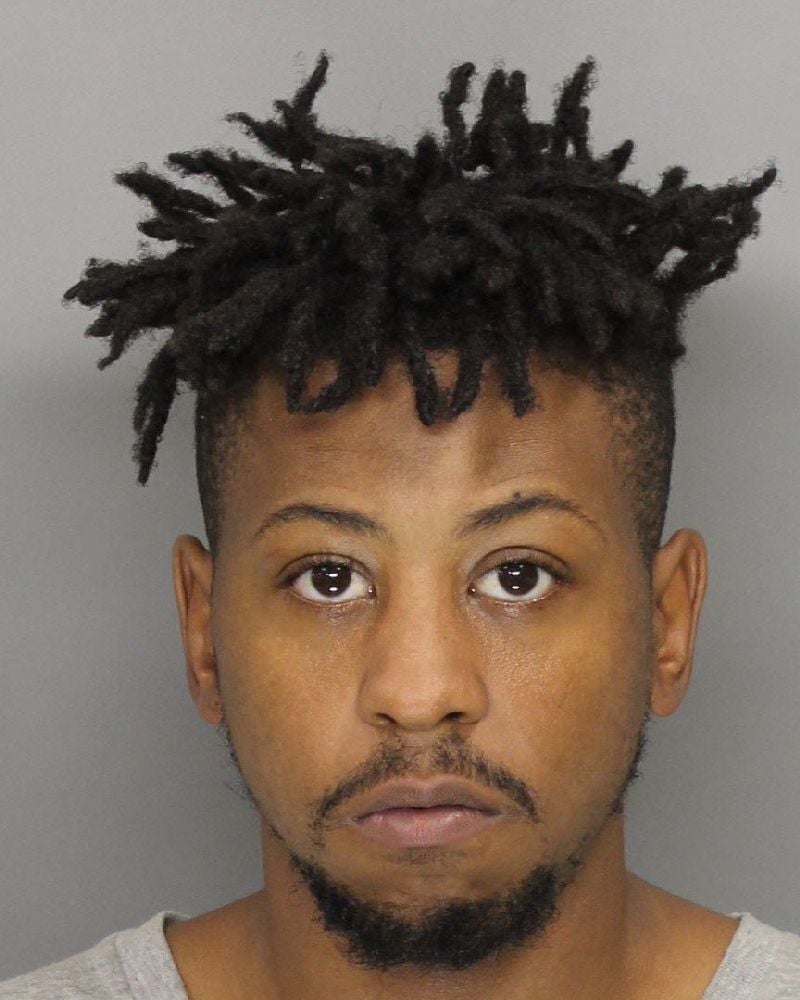 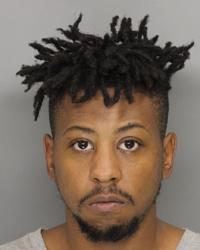 Smyrna police shared this photo of a serious vehicle crash at the intersection of South Cobb Drive and Windy Hill Road, which left two female passengers with injuries.

Nearly four months after a Marietta man reportedly led police on a high-speed chase in Smyrna that critically injured two women, authorities say the man is now in custody.

Alfred Antwan Armstead, 29, of Marietta faces 26 charges, most of them felonies.

The majority of the charges stem from April 24, when Smyrna police said he attacked and raped a woman inside a vehicle before fleeing arrest, causing a critical-injury crash.

Per his seven-page April 25 warrant, Armstead was in the driver’s seat of a silver Jeep Renegade SUV parked on Belmont Park Drive off Windy Hill Road in Smyrna early in the morning the day before.

While in the vehicle, Armstead punched and slapped a woman in the face, pulled her hair and started to burn it with a lighter, then raped her, according to the warrant. He had earlier given the woman money in expectation of sex as a form of repayment, and she had promised to provide illegal drugs in lieu of financial payments for sex, police said.

While at Belmont Park Drive, Armstead was driving the SUV with the female victim and another female passenger inside, when he struck a police patrol vehicle’s passenger side mirror and continued onto Windy Hill Road westbound, at one point driving at about 100 miles per hour, per the warrant. Armstead was driving on the wrong side of Windy Hill Road when he sped through a red light at the South Cobb Drive intersection and smashed into a white Chevrolet Express cargo van that was turning left (eastbound) onto Windy Hill Road from South Cobb Drive southbound, police said.

Armstead ran from the scene and wasn’t apprehended until Cobb sheriff deputies arrested him Thursday morning.

In the April crash, the rape victim received injuries to her left forearm, a laceration on the right side of her forehead, a possible fracture to her left wrist and a nasal injury, per investigators.

The other female SUV passenger was critically injured, resulting in her having an emergency operation to put a rod in her left thigh, police said, adding she also suffered substantial injuries to the right forearm and a fractured right wrist.

Police claim they found two handguns in the SUV, one of which was stolen, as well as over 130 grams of marijuana, 83 ecstasy pills and drug dealing paraphernalia.

In May, investigators also determined Armstead raped two girls in 2008 and Marietta police issued a second warrant dated May 8. He now faces additional charges, including four counts of child molestation.

Per court records, Armstead is a convicted felon with several criminal cases in Cobb County dating back to 2011, and was last sentenced in 2017 to two years on probation for drug possession.

He remains in the Cobb County jail without bond.