A picture of swastikas under the words “Hail Hitler” drawn on a bathroom wall at Pope High School in east Cobb circulated on social media. 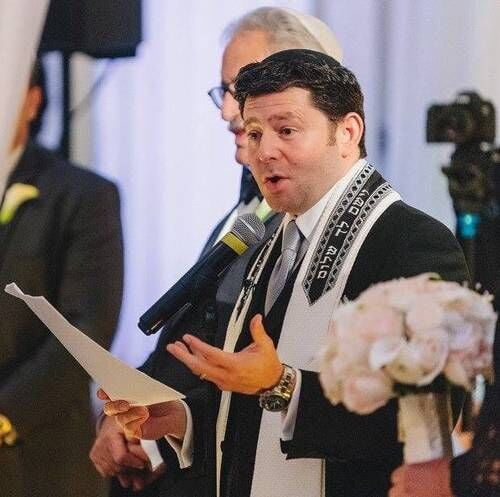 Pope High School is investigating an incident in which a pair of swastikas were drawn in a boys bathroom this week along with the words “Hail Hitler.”

In a seemingly unrelated incident Thursday, some school property was damaged, with sinks ripped from their walls and mirrors stolen, according to the school’s PTSA.

In a letter to parents, Principal Thomas Flugum said the east Cobb school would “hold those responsible accountable to our district policies and applicable state laws.”

A picture of the antisemitic graffiti circulated on social media this week, and Flugum said in his letter he had “spoken to and been meeting with concerned students, parents and community members” regarding the incident.

Rabbi Larry Sernovitz, of east Cobb’s Temple Kol Emeth, said the incident had been brought to his attention Thursday by a congregant who is also a student at Pope. Sernovitz said he immediately contacted Flugum and Cobb County School District administration, and was given permission to speak to Pope students after their lunch periods Friday.

Sernovitz noted that it was not lost on Cobb’s Jewish community that the graffiti came during the holiest period of the year. Rosh Hashanah, the Jewish new year, ended Wednesday. Thursday is Yom Kippur, the day of atonement and the holiest day of the year in Judaism.

In a post on Facebook Friday, the Pope PTSA lamented what had happened at the school a day earlier.

“As parents, we can’t begin to understand what, how, why any of this would happen at our school, seemingly all in one day, but we can use this as an opportunity to teach our children,” the post reads. “Many will call these teenage pranks, but these are hate crimes — and destroying property and stealing from your school is a felony.”

The post also notes the vandalism may be part of a “challenge” trending on the social media app Tik Tok encouraging students to boast about having stolen school property.

Sernovitz said he does not believe the graffiti and vandalism are related, or that the graffiti was inspired by a social media fad.

“Even if it’s found out that they were connected, antisemitism is antisemitism, hate is hate, no matter how you do it,” he said.

Without describing the graffiti, Flugum referred to it in his letter to the community as a “disturbing act” that has “no place in our district or at our school and will not be tolerated.”

“The Cobb County School District is one of the most diverse school districts in the nation. We enjoy a wide variety of racial, ethnic, religious, and cultural diversity among our population,” Flugum wrote. “At Pope High School, we are proud to be a welcoming, safe, and considerate community of all of our students.”

Sernovitz said addressing the antisemitic graffiti will not stop at identifying and punishing those responsible. He has asked that the student body be given “ally training” teaching them how to “stand up for others and to understand our common humanity.”

It is the second antisemitic incident reported in Cobb County in the past 13 months. In August 2020, several fences had been sprayed with swastikas in a community off Holly Springs Road in east Cobb.

The Cobb school board's monthly meetings, previously scheduled for Thursday, will take place on Sept. 23 instead, the school district announce…

The $378,000 conversion of a theater building at Wheeler High School to a robotics lab could soon get underway, if the Cobb school board appro…

Navy veteran takes to the sky with fellow veterans