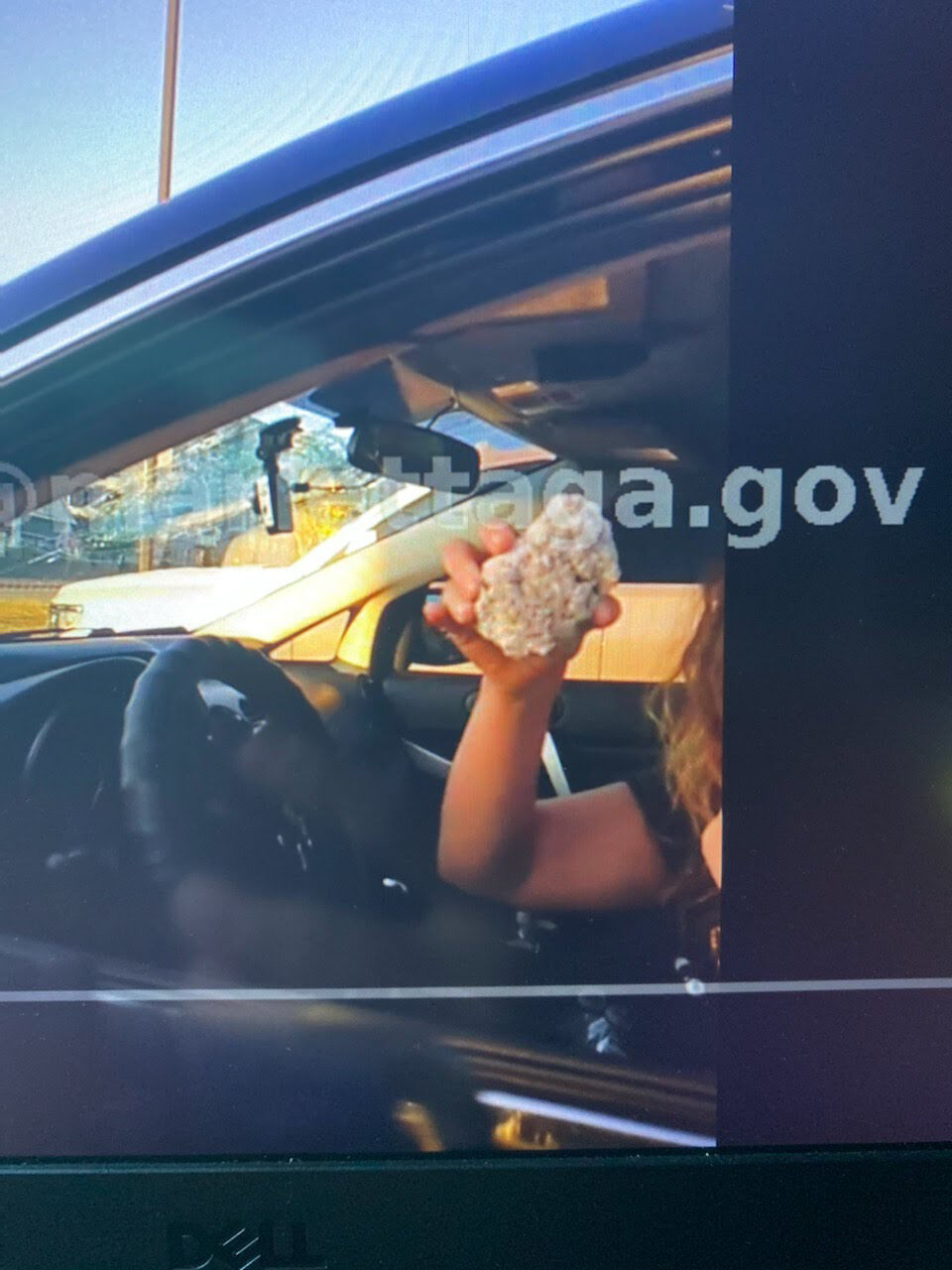 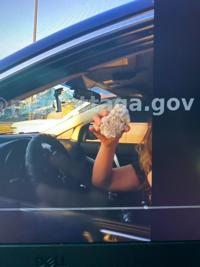 In this picture shared with the Marietta Police Department, a woman holds a piece of concrete that struck her car while driving along I-75 Wednesday evening.

Loose concrete on an I-75 express lane as seen from Allgood Road bridge Wednesday.

In this picture shared with the Marietta Police Department, a woman holds a piece of concrete that struck her car while driving along I-75 Wednesday evening.

Loose concrete on an I-75 express lane as seen from Allgood Road bridge Wednesday.

The Marietta Police Department is asking for help figuring out what happened on Interstate 75 Wednesday evening, when 10-20 northbound vehicles were hit by falling concrete while driving under the Allgood Road bridge, damaging hoods, windshields and roofs.

The department temporarily closed the express lane, but had reopened it by 9 p.m.

Just after 7 p.m., several drivers called to say their cars had been struck by large pieces of concrete while driving in the I-75 northbound express lane under the Allgood Road bridge.

Police were originally worried the bridge was falling apart, and sent a Department of Transportation crew to see whether that was indeed the issue, department spokesman Chuck McPhilamy said. It was not.

DOT confirmed there is no structural damage to the bridge and that the concrete could not have broken off the bridge, McPhilamy said. Nor was it gravel or concrete that had spilled from a truck.

“We’ve determined there's simply no way a car could have run over that and kicked that size of a rock up at another vehicle,” he said.

At least one caller did report seeing someone throw rocks off the bridge, McPhilamy said. The “working theory” is that the concrete was thrown, he said on Thursday afternoon, but police are still investigating.

“This could have been drastically worse,” McPhilamy said. “We are incredibly grateful that no one was seriously injured. But we do need the public's help trying to determine how this happened.”

Anyone with information can contact Crime Stoppers Greater Atlanta or the Marietta Police Department’s tip line at 770-794-6990.