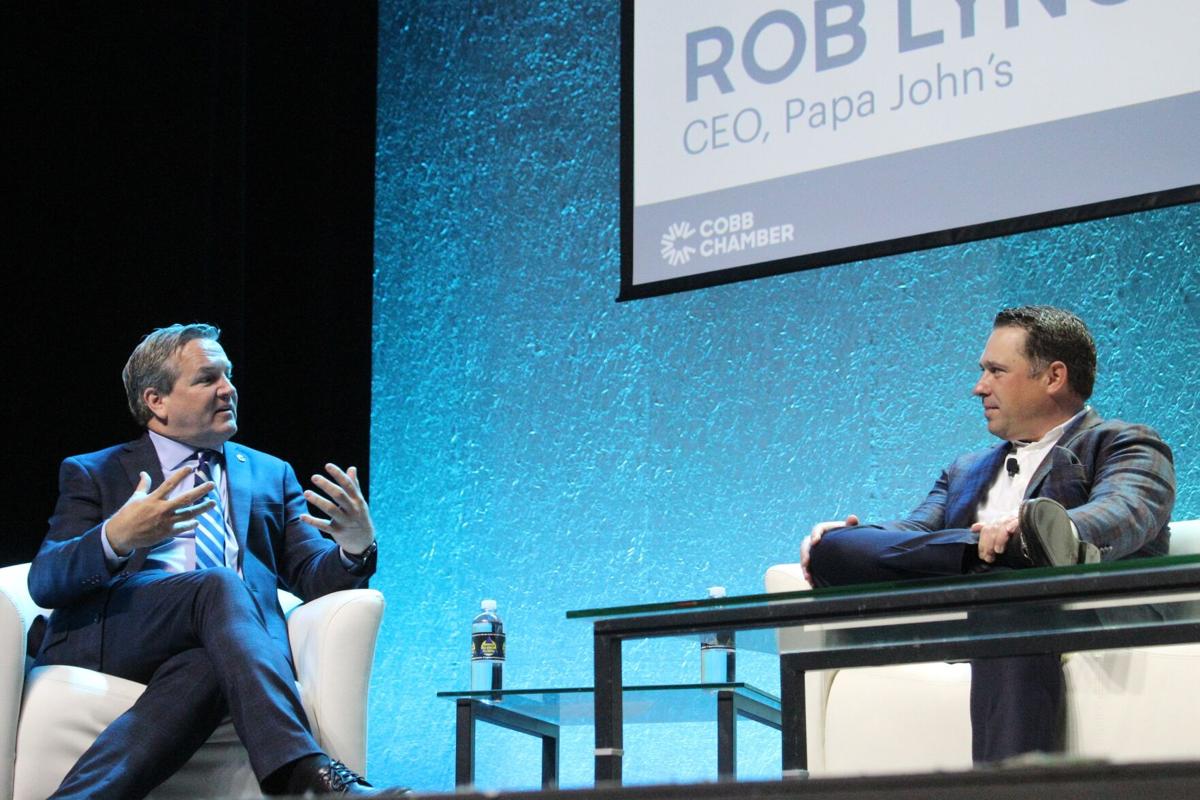 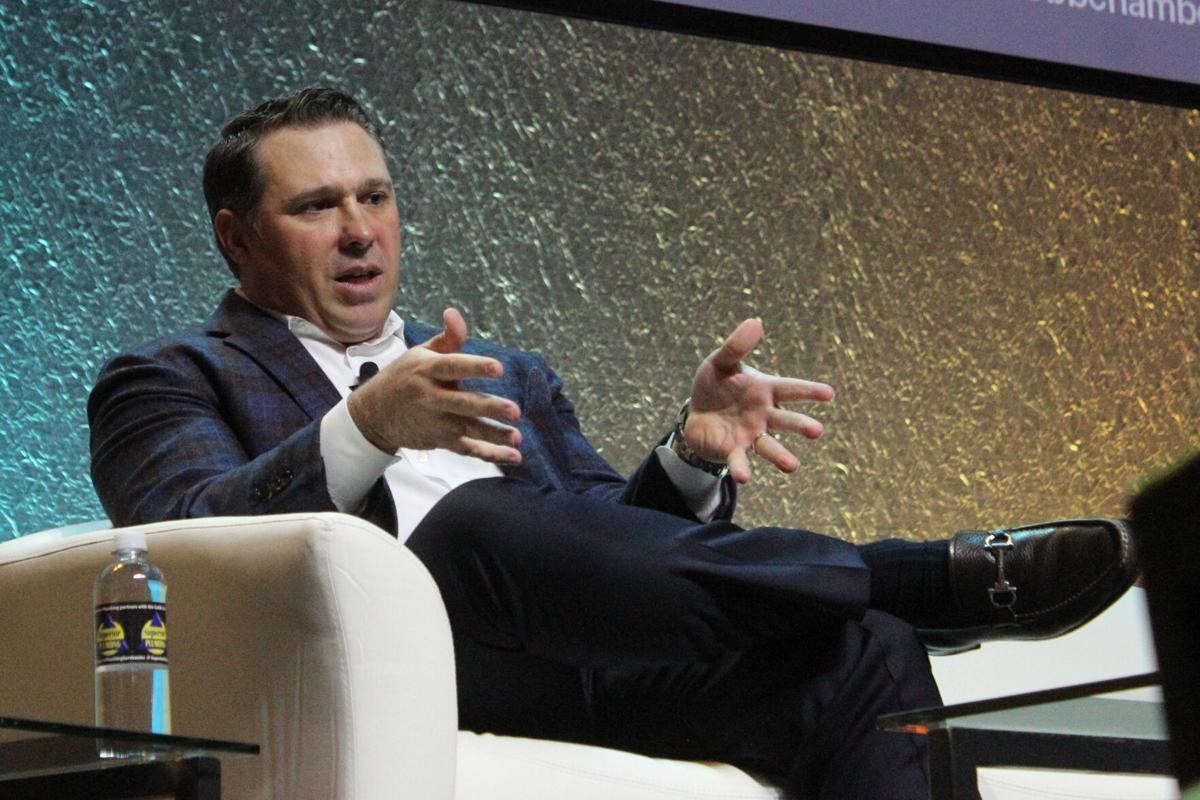 Papa John's CEO Robert Lynch says Cobb County and Georgia have been "very welcoming" to the company, which is opening its new headquarters in Cumberland in the summer. 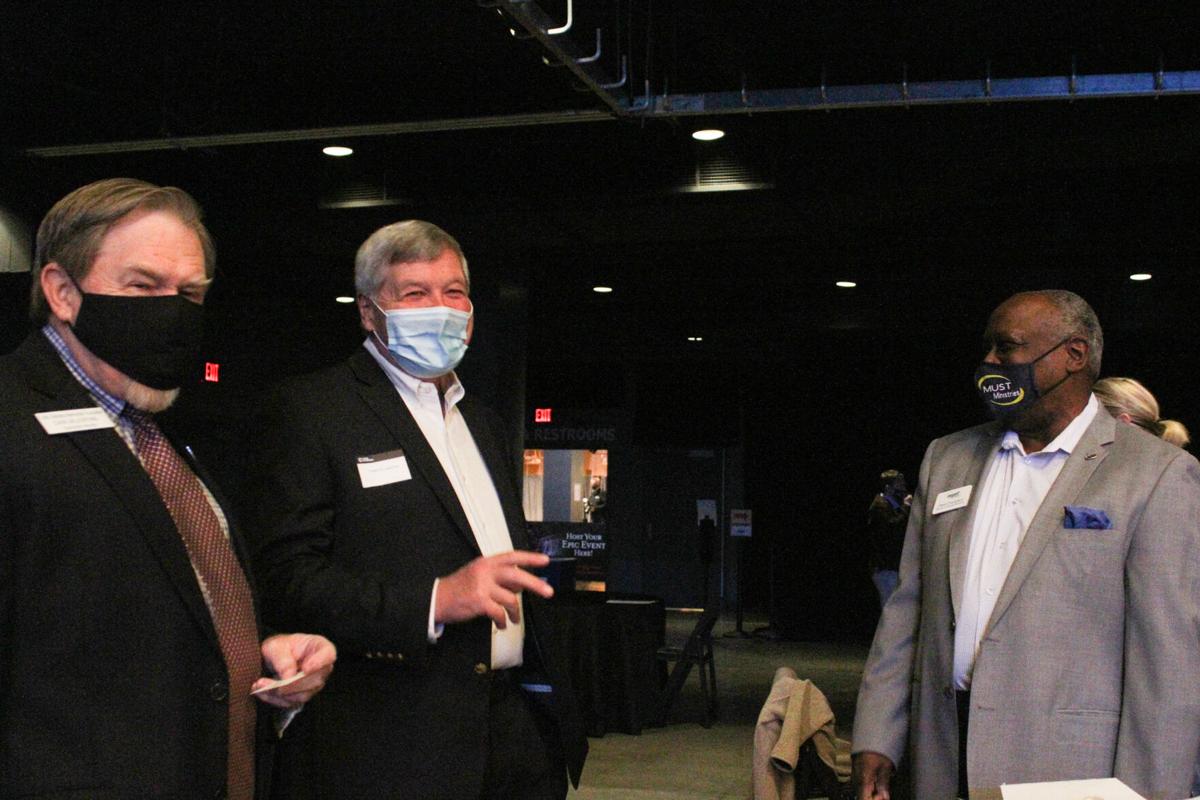 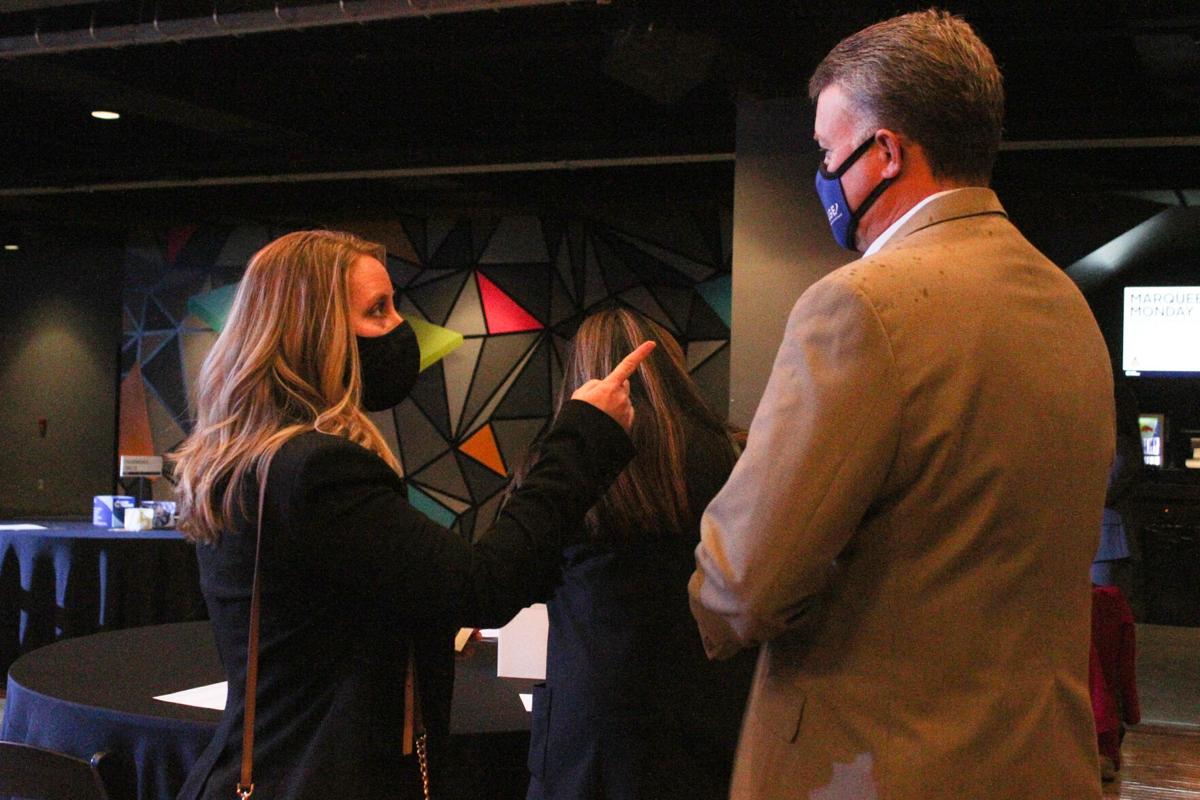 Cassie Condra and Dan Kaiser of LGE Credit Union talk before the Cobb Chamber of Commerce's event Monday at the Coca-Cola Roxy Theatre in Cumberland. 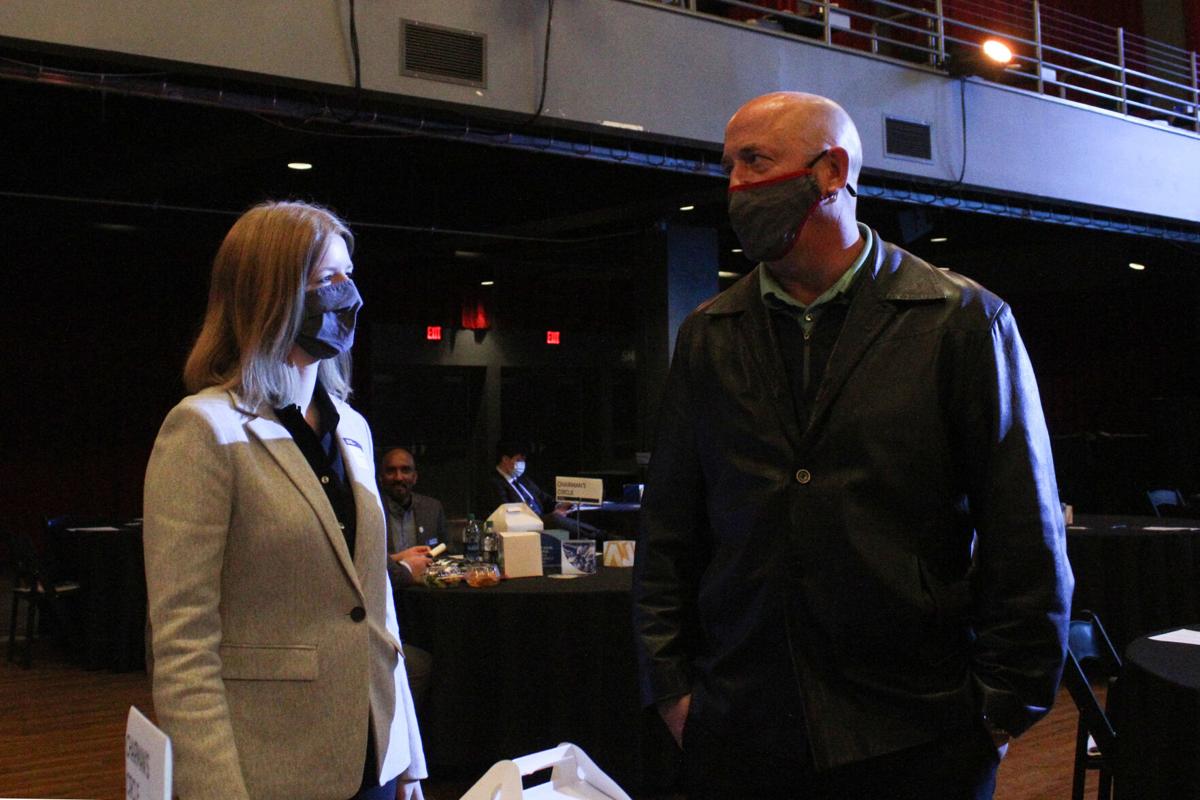 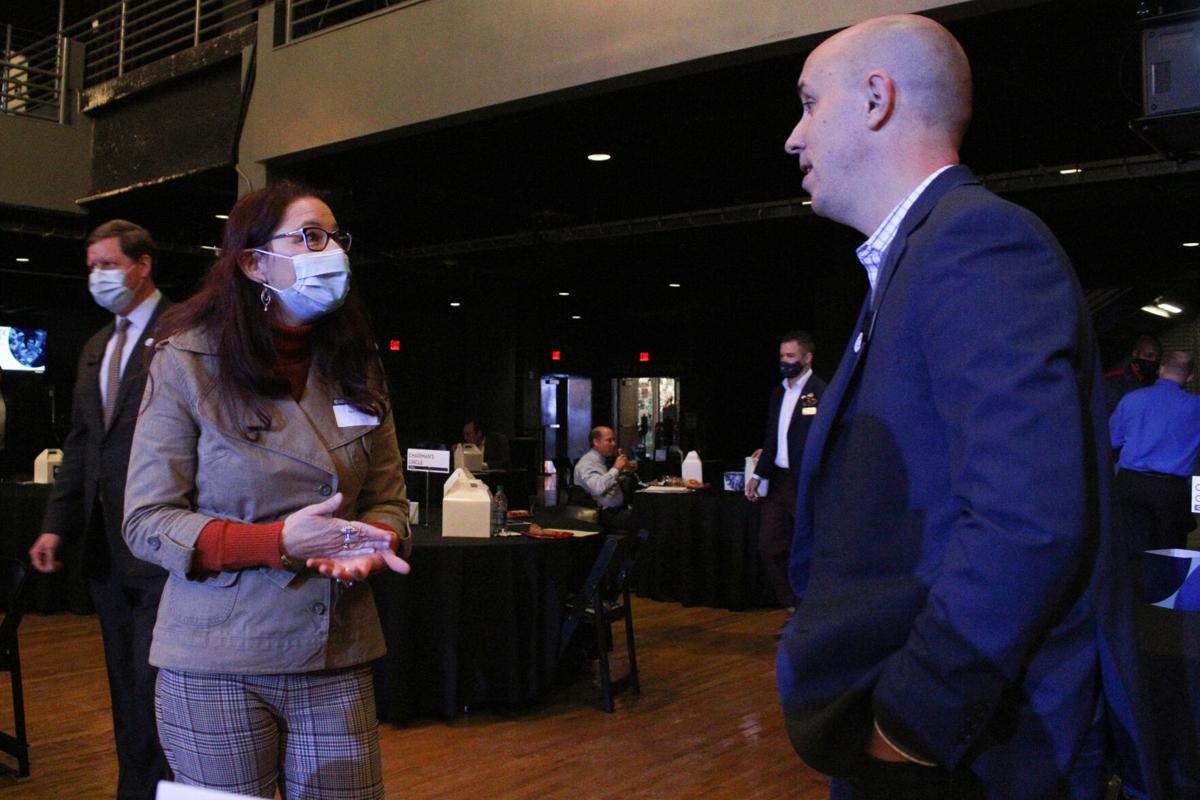 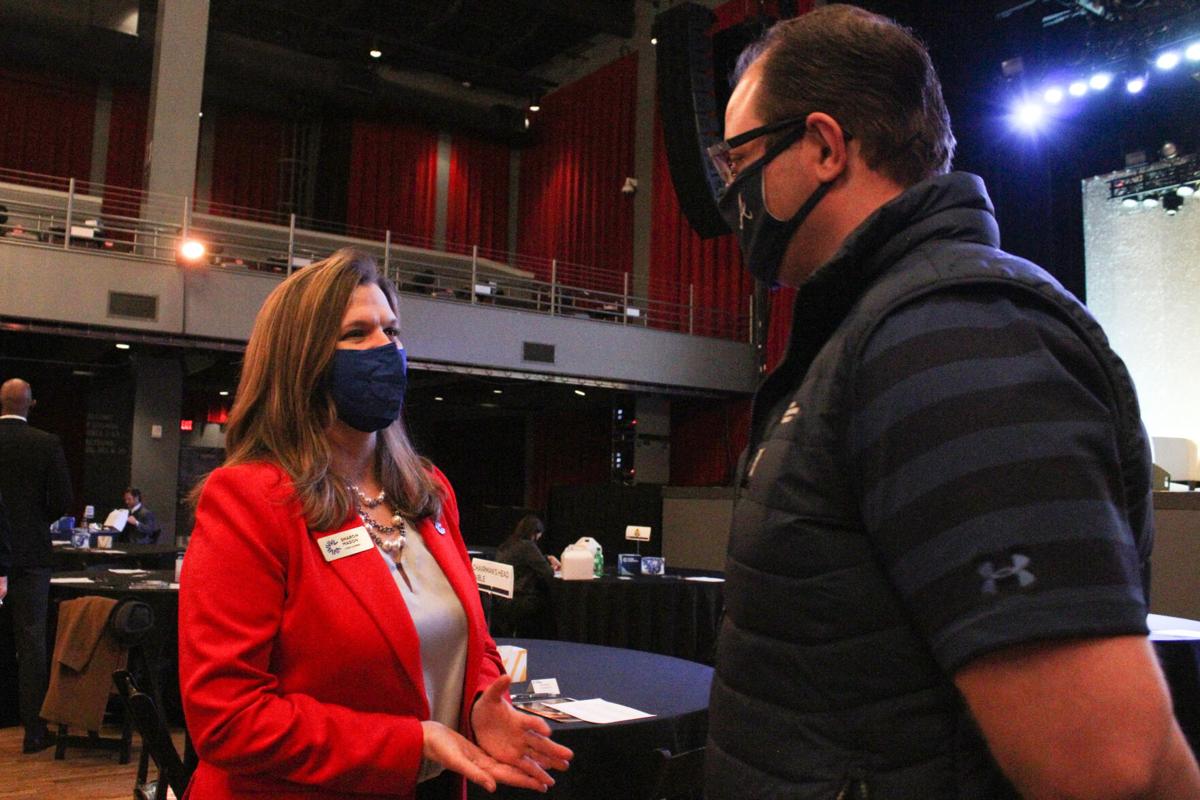 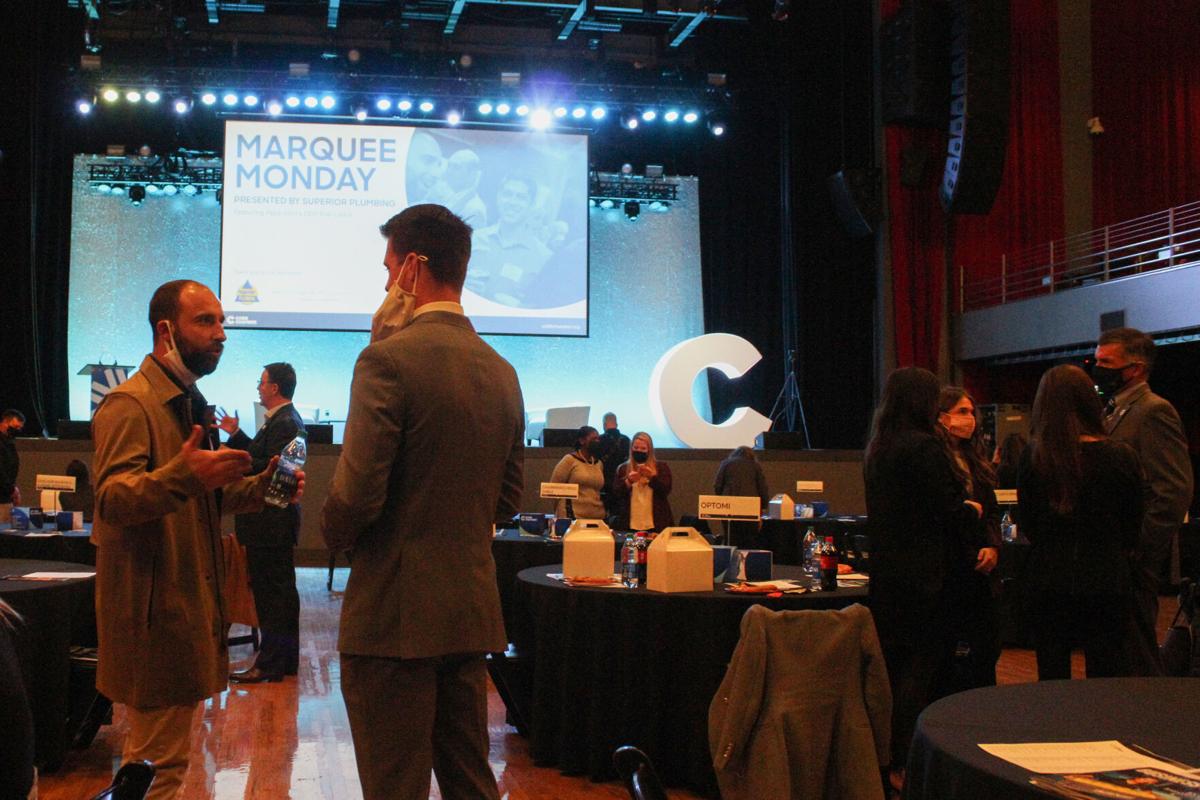 Attendees of the Cobb Chamber of Commerce's Marquee Monday talk before lunch and hearing from Papa John's CEO Robert Lynch. 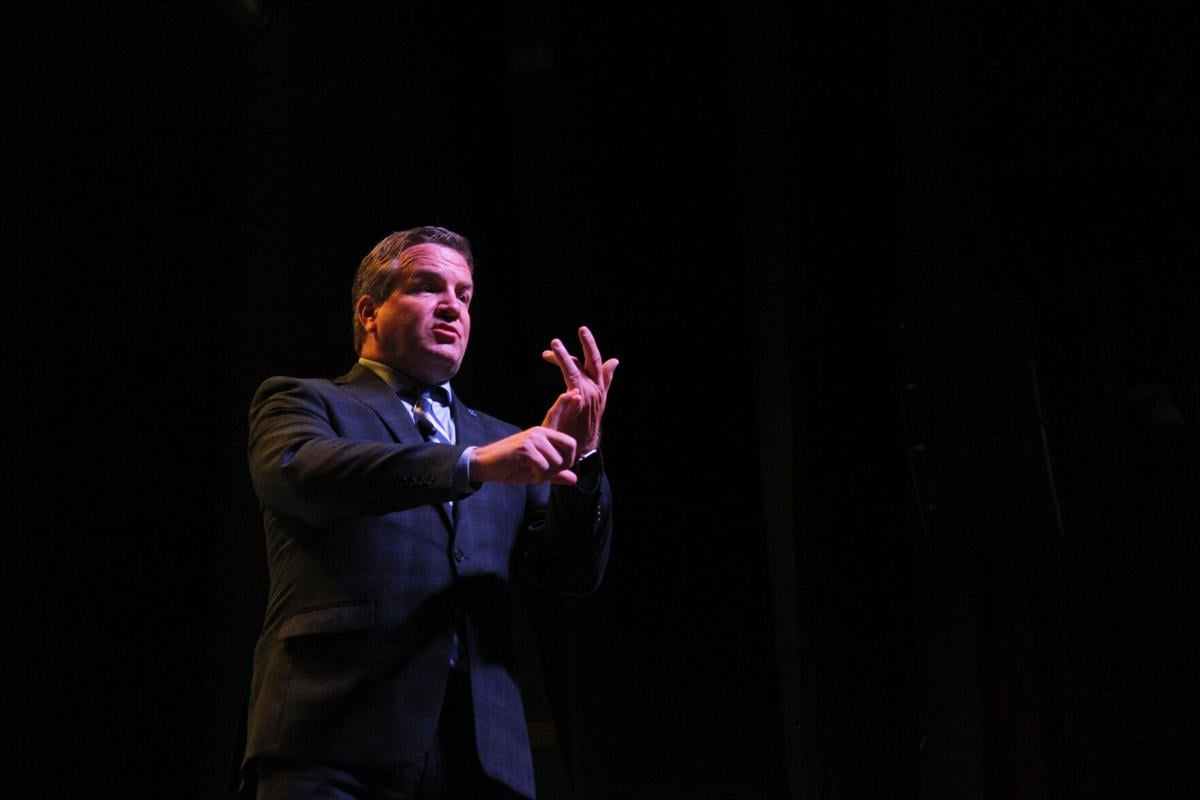 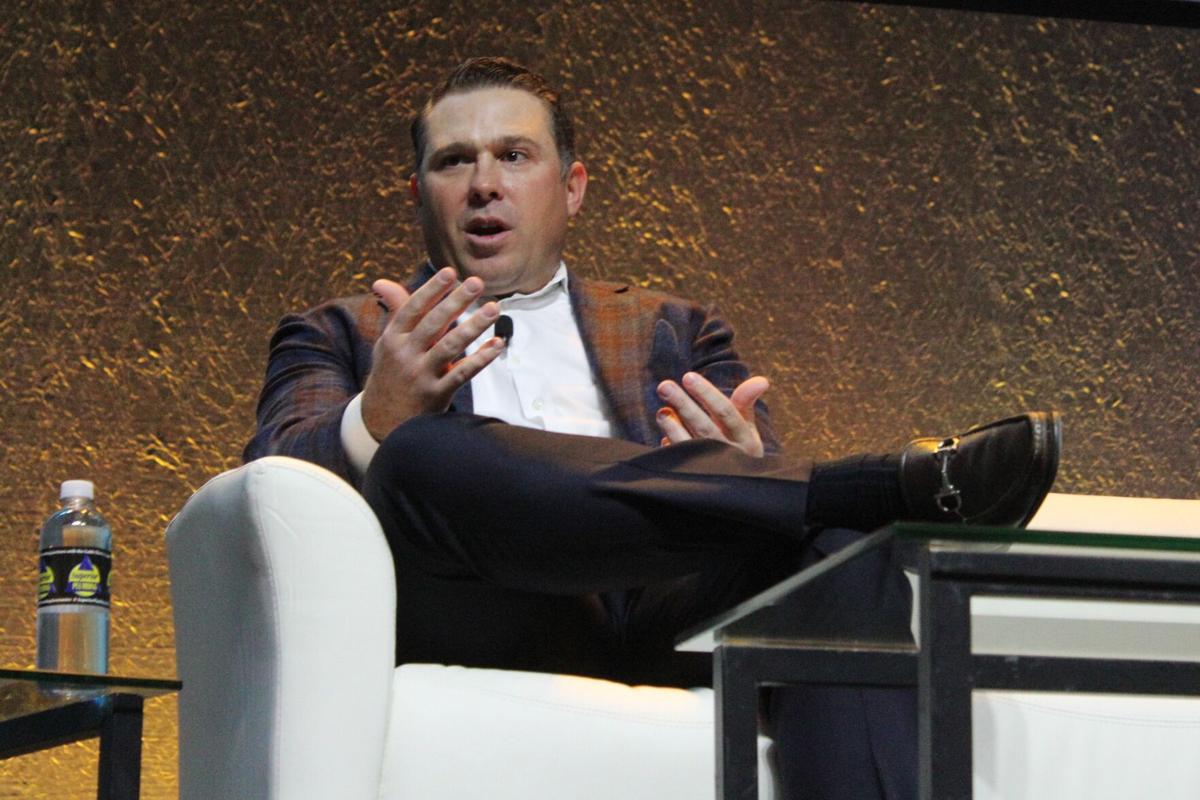 Robert Lynch, the CEO of Papa John's, discusses what attracted the company to relocate its headquarters to Cobb. Factors included the local workforce and access to the Atlanta airport.

Papa John's CEO Robert Lynch says Cobb County and Georgia have been "very welcoming" to the company, which is opening its new headquarters in Cumberland in the summer.

Cassie Condra and Dan Kaiser of LGE Credit Union talk before the Cobb Chamber of Commerce's event Monday at the Coca-Cola Roxy Theatre in Cumberland.

Attendees of the Cobb Chamber of Commerce's Marquee Monday talk before lunch and hearing from Papa John's CEO Robert Lynch.

Robert Lynch, the CEO of Papa John's, discusses what attracted the company to relocate its headquarters to Cobb. Factors included the local workforce and access to the Atlanta airport.

CUMBERLAND — There’s a lot of interest in working for Papa John’s, which is moving its headquarters to Cobb County.

“There’s definitely an appetite for our brand,” said Lynch, the keynote speaker at the Cobb Chamber of Commerce’s Marquee Monday luncheon.

The company will have about 200 jobs at its new headquarters at The Battery Atlanta when it opens there this summer. Fifty of those jobs will be transfers from its current headquarters in Louisville.

Over a bite of pizza at the Coca-Cola Roxy Theatre, or watching from online, members of Cobb County’s business community learned more from Lynch about Papa John’s upcoming move. Chamber Chairman John Loud interviewed him about the company, and he took some questions from the audience.

The county’s diverse workforce, colleges and universities, as well as access to Hartsfield–Jackson Atlanta International Airport were among the things that attracted the pizza chain to Cobb, Lynch said. He said Georgia and Cobb County have been “very gracious and welcoming” to the company. The Cobb Board of Commissioners in November approved an incentives package valued at $71,376.

The potential to partner with the Atlanta Braves helped, too.

“They win, you know, and we want to be a winning organization and a winning culture,” he said. “So for us to partner with an organization like the Braves and create a culture around our company that worked, you know, it just immediately connects people to the community, which I feel is a wonderful benefit to that.”

The new interest in the company is a far cry from two years ago, when Papa John’s founder and previous CEO John Schnatter resigned after controversial remarks, including using a racial slur in a conference call.

Part of Lynch’s motivation to join the company was to turn the company around. He said he was inspired by NBA Hall of Famer Shaquille O’Neal, who serves on the board of directors, to make something good come out of the situation.

“Pizza is something that brings people together, and what an opportunity to make the world a better place by turning this brand around and showing the world that good can come from bad. I’ll tell you, it’s been the inspiration behind what we’ve been doing for the last year,” he said. “It makes me proud to be a part of it, to see when I go in and our folks that are here today, serving pizza, you know, I know that I see the difference in them today versus 18 months ago. And they’re a little bit more tired because we’ve been selling so many pizzas, but that’s the kind of team I want to be a part of. That’s the kind of thing I want to be a part of and more so than just the business results, it’s about really trying to contribute to something that makes people’s lives better.”

Event attendees asked Lynch about the pandemic’s impact on the quick service restaurant industry and what the business will look like when it’s over. Lynch said he expects it will be a long time before business is more normal, noting that other parts of the country are still experiencing lockdown restrictions.

“Regardless of the vaccine and how fast it’s distributed, I think 2021 is going to look a fair amount like 2020,” he said.

Lynch said the service industry could change as some businesses close and others change their models in response to the pandemic. The most heavily hurt businesses are smaller “mom and pop” operators, he said.

Lynch, originally from Pittsburgh, has lived in Atlanta for seven years and has made the area his home, he said.

Among those in the audience was Patrick Lee, sales director of the DoubleTree Suites just a few blocks away from the future Papa John’s headquarters, who said the pizza giant’s arrival makes him optimistic about the future of the hospitality industry.

“I’m excited for the partnerships,” he said. “The economic impact they’re going to drive to this area is going to be huge.”

Mary Jorgensen of Optomi, an IT staffing agency, was also excited about the Papa John’s executive’s remarks.

“I think his energy about morale and culture...is quite refreshing for such a big pizza company,” she said.

'Say that I was a drum major': How two men spent 30 years keeping MLK's dream alive in Spokane

On Martin Luther King Jr. Day, his 'I Have a Dream' speech reminds us to remain hopeful, steadfast