5 things to know today - that aren't about the virus

The Latest: Bettman says NHL might not finish r… 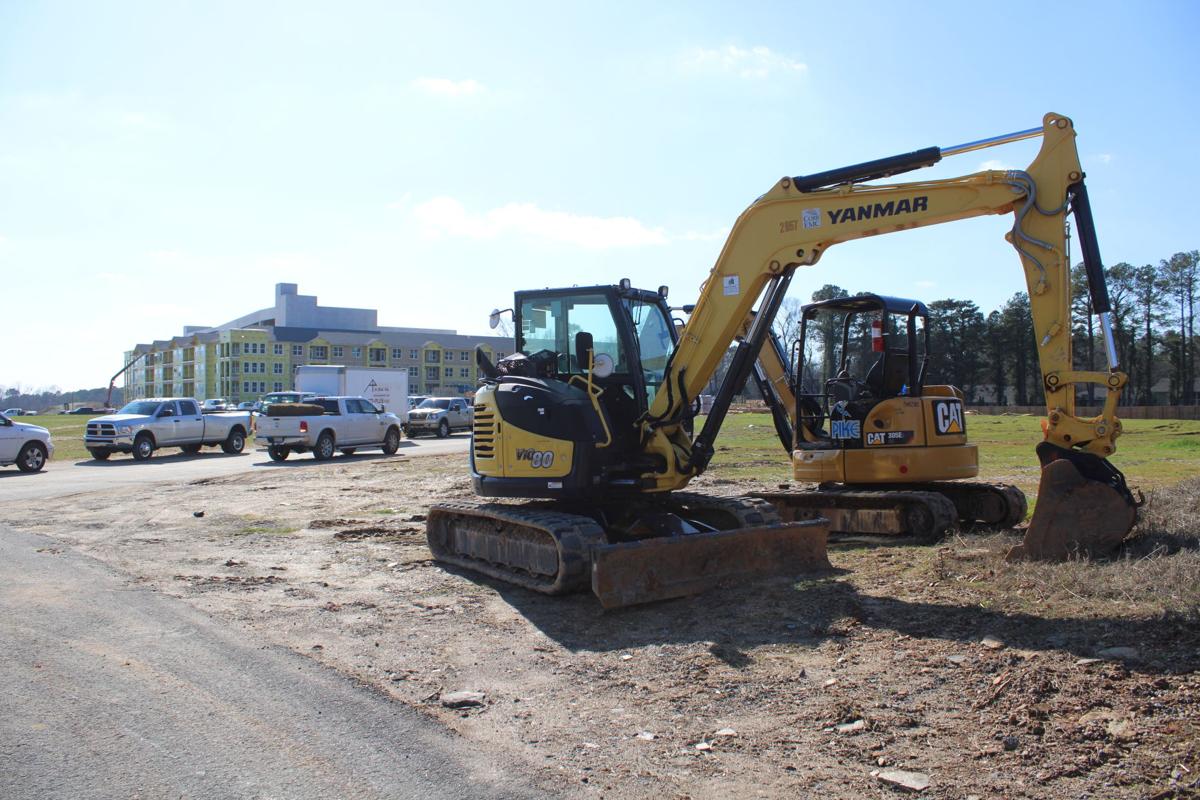 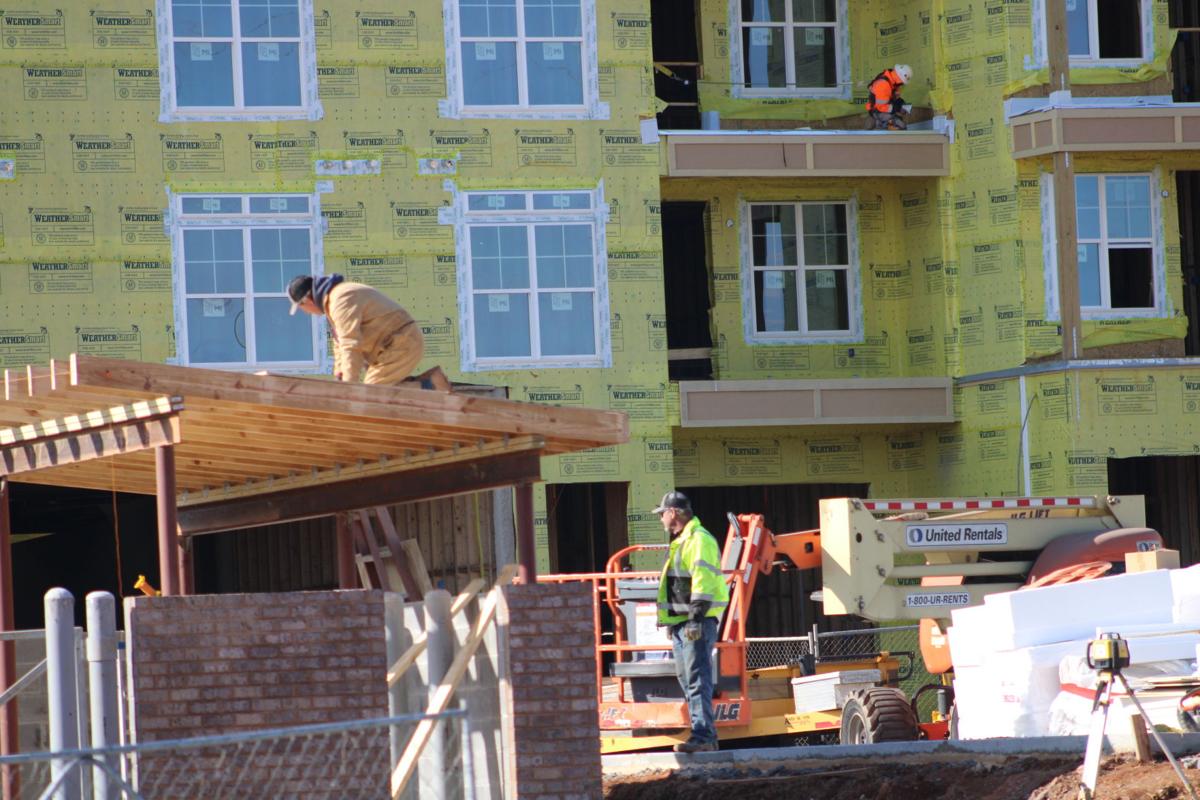 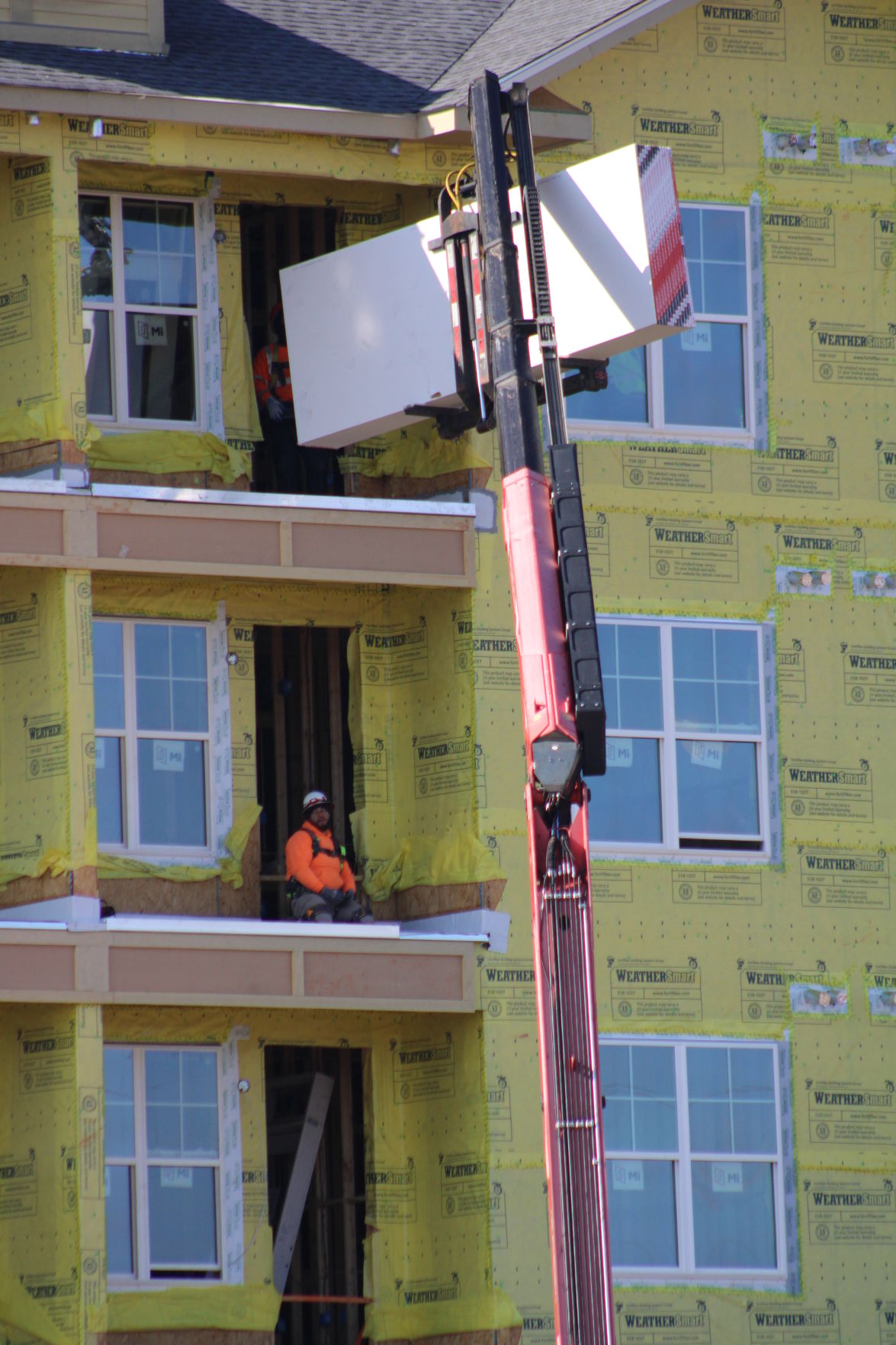 Chick-fil-A, Panera Bread and Wendy’s have plans to open shop on the property, and they are set to be joined by businesses including Regions Bank and an Extra Space Storage facility, which has already been completed and received a certificate of occupancy.

The 25-acre development, a joint venture between Atlanta-based Eden Rock and Connolly Investment and Development, will be anchored by a new Kroger. The grocery chain has begun grading work on the site near the intersection of Powers Ferry and Terrell Mill roads.

Also under construction on the development are 298 luxury apartment homes that will be known as Marketplace Vista.

Michael Neyhart with Atlanta-based Vista Realty Partners said the rental units will feature amenities including a resort-style swimming pool, a fitness center and a resident lounge. The homes are a mix of one- and two-bedroom apartments with an average area of 972 square feet. Prices will start in the $1,300 range, and the first units are scheduled to open in July.

The new Kroger generated buzz in 2018 when the Development Authority of Cobb County approved a plan to issue $35 million in revenue bonds for the store.

Under the tax abatement plan, the authority will take the title to only the Kroger property, removing it from the tax rolls. Kroger will pay no taxes on the improved property during the first year, with payment increasing each year until it reaches 100% after 11 years.

Conservative activist Larry Savage issued a legal challenge against the plan. It went to the state Supreme Court, which ultimately sided with the authority in a ruling last June.

Savage said he thinks the idea that a supermarket chain like Kroger would need incentives to build along a busy road in an area with a high population is excessive.

“Besides that, when you read the law or know anything at all about development authorities, these things were started up to promote job creation, machine factories, things that create a lot of jobs,” he said.

Savage said he does not believe the Kroger will be the kind of job-creating engine development authorities are intended to create.

“The idea of incentivizing a supermarket — what else could they incentivize? … They do not recognize any limits of what they can do with their tax incentives, and I still disagree,” he said.

Kroger executives told the development authority in 2018 the new store will be approximately 103,000 square feet and include gas pumps, a drive-thru pharmacy, online grocery orders and ready-made meals to go.

Kroger said it plans to shut down its nearby location off Delk and Powers Ferry roads and give employees there the option to transfer to the new store or a different location. Kroger currently has a lease on the space, and no plans for the building or lot have been announced.

Brandon Ashkouti with Eden Rock Real Estate Partners said Panera is set to be the first restaurant to open in Marketplace Terrell Mill, hopefully by March, and crews are hard at work elsewhere on the site.

“We have completed site work on the 25 acres, the 100,000-square foot storage building is completed and has received a certificate of occupancy, 298 multifamily units are under construction, and we’ll begin completing units towards the third quarter of this year,” Ashkouti said. “We have signed leases with Chick-fil-A, Panera Bread, Regions Bank and Wendy’s, we plan to start construction on our 13,000-square foot shop building, which will include two big patio restaurants and small shops.”

When the authority first heard the plans, two of the seven board members, Karen Hallacy and Kevin Nicholas, voted against the deal.

Nicholas told the MDJ this week he voted against the plan because of concerns it would set a precedent.

“In other words, I was concerned the neighboring Publix could come up to us and ask for a similar incentive if we did something like this for Kroger,” he said.

Nicholas also said he was skeptical about the number of jobs Kroger would create, though he said he thinks the development as a whole will be a net positive.

“I think it’s going to be great for the community, and the overall project, the economic development, it’s going to bring a lot of vitality to the area, and it also complements the Powers Ferry master plan, but on the other side I voted against it mainly because I did think it could cause a precedent,” he said. “Keep in mind, it was voting on the Kroger store only, not voting on the whole development.”

Commissioner Bob Ott, who represents the area, said the shopping center is already starting to have a positive impact on the surrounding area.

“I think the really interesting thing is there’s a BP station right across the street on Powers Ferry that was not part of the development, but it completely tore itself down and rebuilt a much nicer complex, and I think that’s all a result of what’s happening across the street,” he said. “I also noticed the LA Fitness has a sign up that says ‘fully leased,’ as does the Micro Center.”

A Wendy’s now that is exciting.😂

I don't remember anything mentioned about fast food restaurants being part of this development. That is a bummer. I hope they still plan for local restaurants to be included.

For some reason the Developer (and Cobb Cty) think high quality development = self-storage, fast food, and a parking garage eyesore towering over “high end” apartment buildings. Disappointing but not unexpected for Cobb developers who promise “high quality” and deliver “what makes us the highest profit for the least cost”.

Sharp increases in COVID-19 cases and deaths in Georgia