The Latest: Exec is 1st PGA Tour employee to te…

The biggest bad guy at WrestleMania is coronavirus 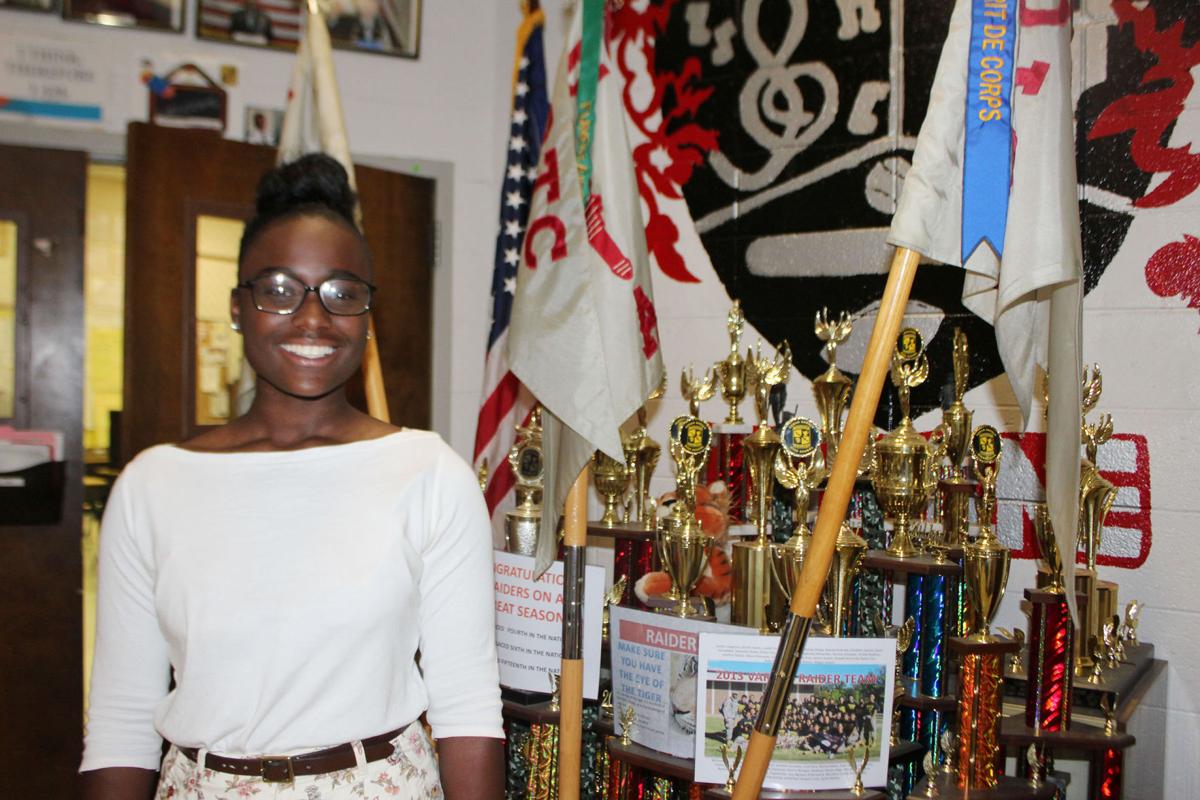 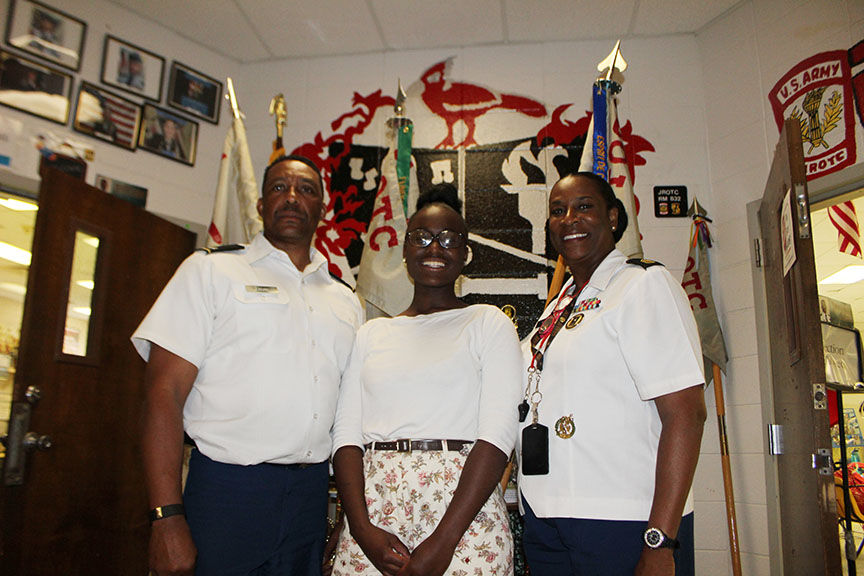 Cheif Warrant Officer Rodney Fagan, left, stands with Osborne High School senior China Hopkins and Sgt. 1st Class Deborah Price in the high school's JROTC program's hallway between classes. Hopkins said her JROTC instructors have greatly helped her throughout high school, and she said she would be lost without ROTC.

Cheif Warrant Officer Rodney Fagan, left, stands with Osborne High School senior China Hopkins and Sgt. 1st Class Deborah Price in the high school's JROTC program's hallway between classes. Hopkins said her JROTC instructors have greatly helped her throughout high school, and she said she would be lost without ROTC.

Editor’s Note: Super Seniors is a weekly series featuring Cobb County graduating seniors who have excelled in various ways. Whether in the classroom or in the community, the super seniors have strengthened themselves and others. Next week’s super senior is a student at Marietta High School who volunteers whenever he can.

MARIETTA — Osborne High School senior China Hopkins of Marietta is adding medals and trophies to her collection as the battalion commander of Osborne’s Army JROTC.

“At least I can leave with some type of legacy,” she said.

Two weeks ago, Hopkins, 18, led the JROTC color guard team to a state championship as battalion commander, competed in Washington, D.C., this year with the JROTC’s academic leadership team while working to be promoted to Colonel before she graduates at the end of May.

“That would just seal the deal,” she said.

Disciplined, committed and Army Strong, Hopkins will continue her military career through Savannah State University’s ROTC program and part-time through the Army reserve as a military police officer after she completes basic training.

With the hopes of joining the Army as an officer after four years of college, Hopkins is determined and has a goal in mind — to retire as a full-bird colonel at least.

“I kick her out every night, so I can go home. In the mornings, she’s there,” he said.

But Hopkins’ life was not always structured and committed.

Hopkins was born in jail and has moved around to live to with various family members. She started attending Cobb County schools in sixth grade after moving from Muskogee, Oklahoma.

“I see it kind of as a blessing because if I didn’t go through that, I wouldn’t be so grateful and so eager to succeed,” said Hopkins, who lives with her mother.

“I think ROTC saved me because I was bad,” she said. “When I was in middle school, I wasn’t a horrible kid, but I would be in trouble a lot. I would just hang out with the wrong people. It wasn’t the best for me.”

Hopkins joined the JROTC program her freshman year when she thought her friend looked “cool” in a uniform. After pleading with her guidance counselor three times to enroll in the class, Hopkins began her career and received a uniform.

“As a ninth grader, she was wild. She had some things to work on,” Fagan said. “She was looking for something, and I hope she found it in JROTC.”

Hopkins said she feels good when she wears her uniform because it displays her medals and rank as battalion commander, which is the highest for an Osborne student. She said the uniform shows the rewards from her hard work the past three years.

“I found out how great I really can be. It was an eye-opener,” she said. “I would be so lost without it.”

Although the uniform is nice, she said she stayed in the JROTC program because of the instructors.

She said Fagan, Sgt. 1st Class Deborah Trice and Sgt. 1st Class Alton Walker each have their own strengths, but she has gone to all of them with problems, inside and outside the classroom. Hopkins said Trice has especially mentored her as Trice is the only female JROTC instructor.

“They play a really big part in our lives,” Hopkins said. “They’re honestly the greatest people to look up to.”

Trice said the JROTC instructors become “like mom and dad” because they spend a lot of time with students, especially if the student is on a team such as color guard.

“She came eagerly,” Trice said. “She was open and willing to learn. That’s something we look for.”

Eager to learn and active on as many teams as possible, Fagan and Trice said they both saw her leadership potential.

“She has a love for the game, so they say,” Trice said. “She doesn’t just talk about it. She is the model student for ROTC.”

While Hopkins is active in Osborne’s JROTC program, she participates in other clubs and groups around the school. She served as junior class president and is on the morning and afternoon announcement team, which Fagan would give her pointers for. She is currently on the Osborne High School Leadership Team and has been the manager of the school’s soccer and baseball team.

As Hopkins, who is Osborne’s prom queen, winds down her time at Osborne and starts at Savannah State, she knows she wants to do two things: join ROTC and win the Miss Savannah State crown her senior year.

“The crown is so pretty — way better than prom queen crown,” she said.

But no matter how shiny or large the Miss Savannah State crown is, Hopkin’s mind is set on earning officer bars to add to her uniform when she is commissioned.

“She’s really made us proud,” Fagan said. “I just hope she keeps on and make us really proud one day when I pin those bars on her.”

♦ Parents: Rosalyn Hopkins, who is a tennis court technician at Universal Tennis Academy

Rayo Oyeyemi has earned a spot at Yale University in the fall – but not in the “cookie cutter” kind of way.

After achieving perfect scores on the ACT and SAT, Karen Wu of east Cobb, a senior at Kell High School, will make Princeton University her new…

Whitefield Academy senior has taken many roles to find success

MABLETON — To Whitefield Academy senior and actor Emily Sumlin, the world is not a stage.