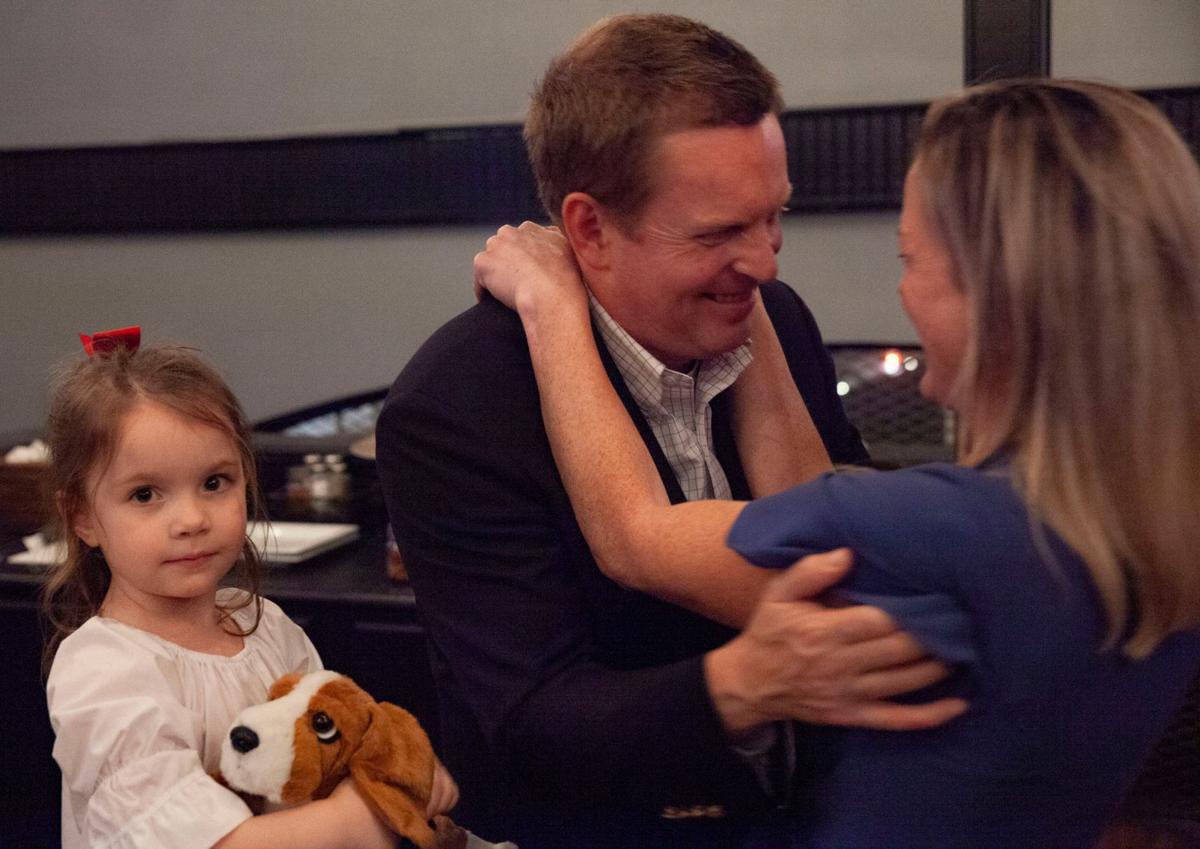 Derek Norton shares a celebratory moment with his wife, Laura, and 4-year-old daughter Samantha after announcing his win in the mayoral runoff election on Tuesday. 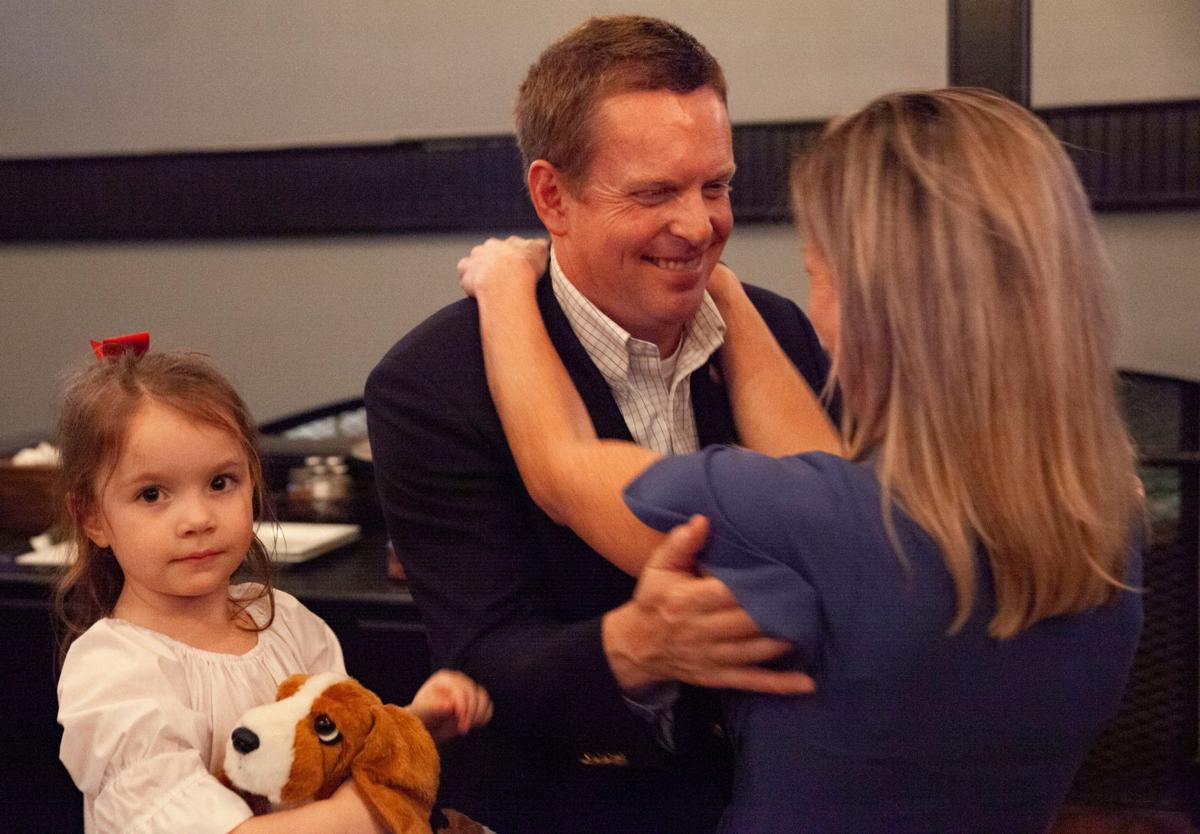 Derek Norton shares a celebratory moment with his wife, Laura, and 4-year-old daughter, Samantha, after announcing his win in the mayoral runoff election on Tuesday. 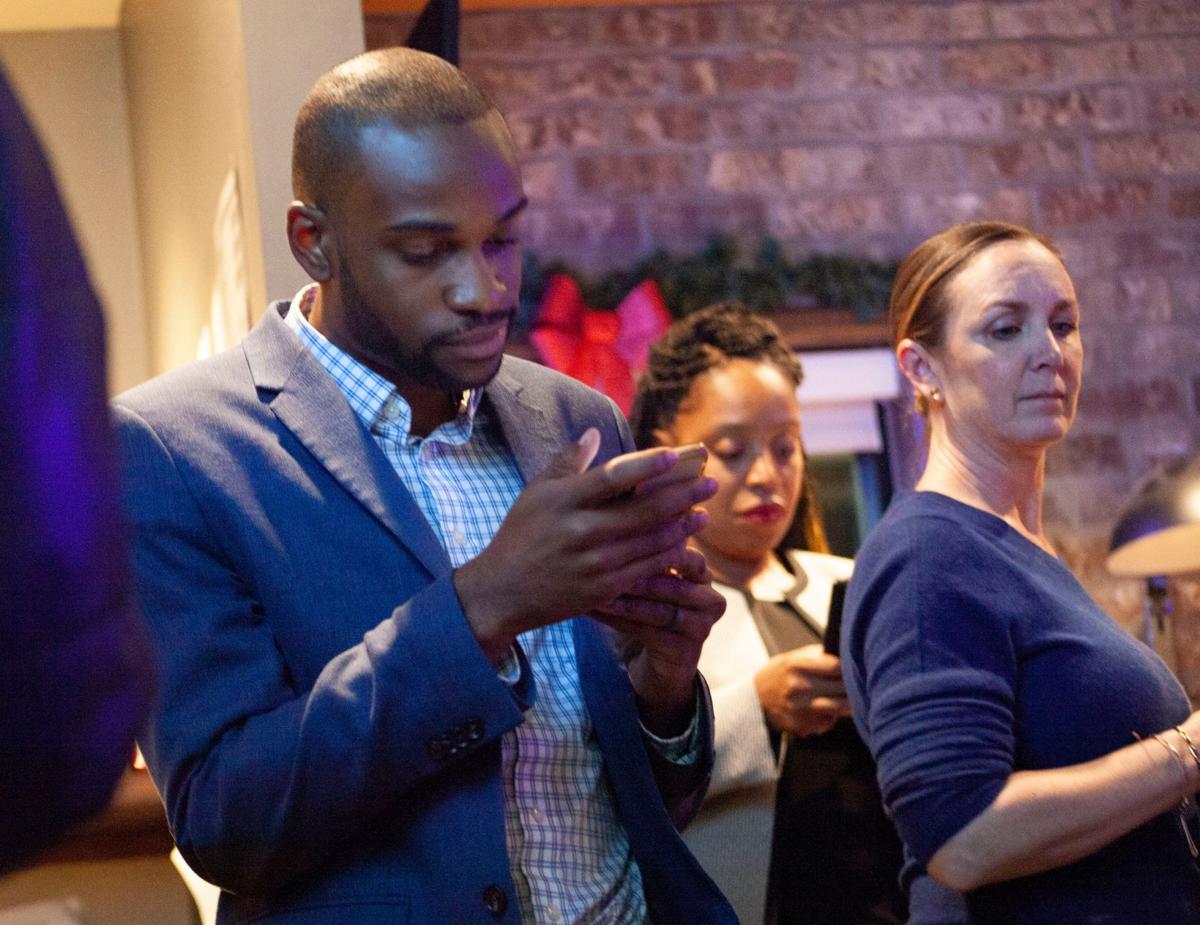 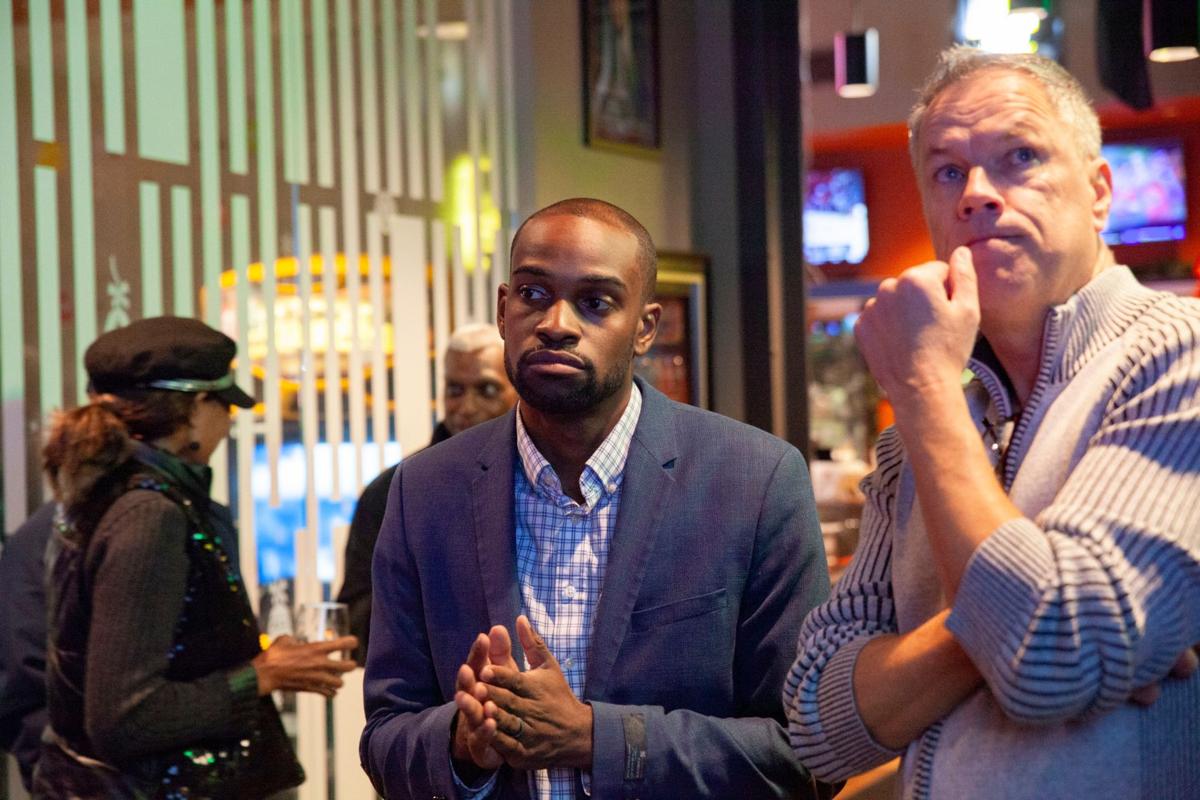 Ryan Campbell, left, waits for election results to come in at Creatwood Tavern on Tuesday night. 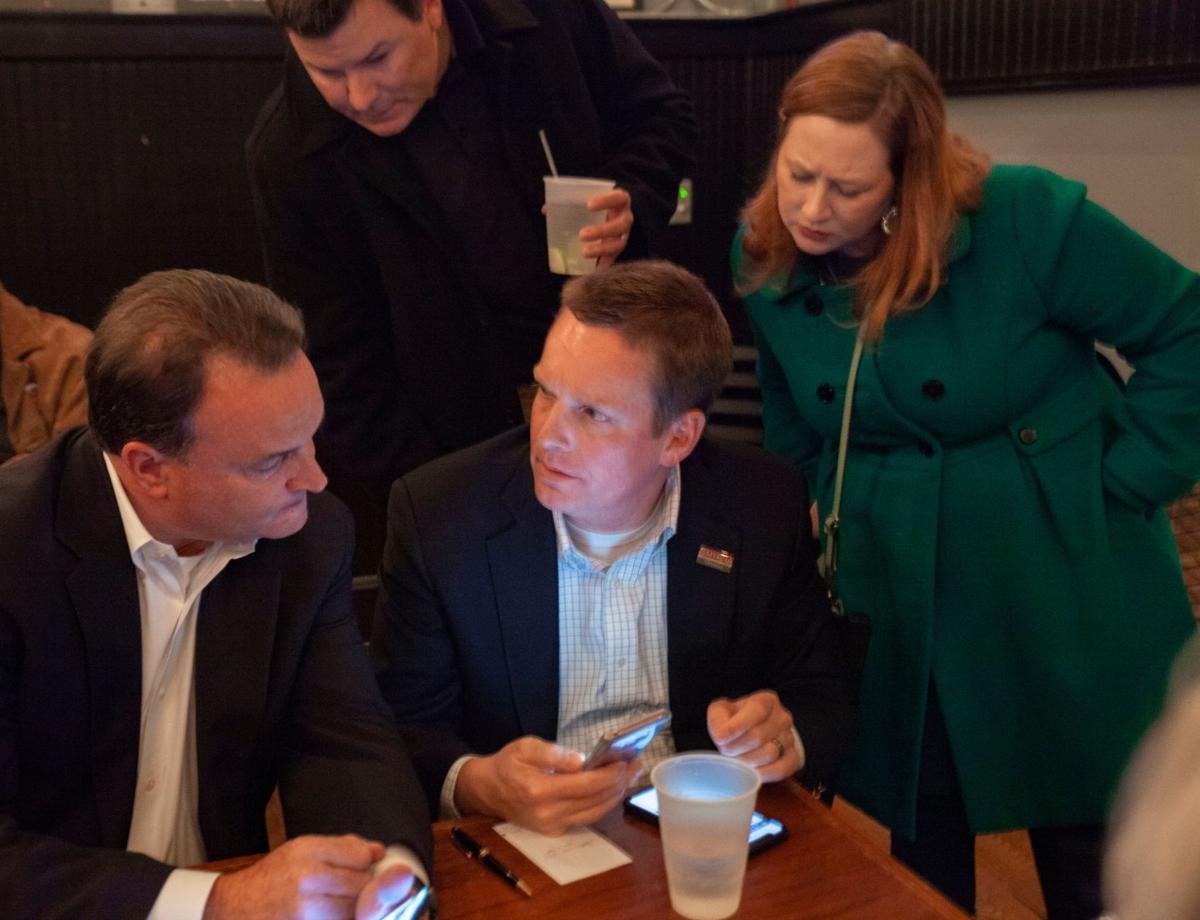 Derek Norton shares a celebratory moment with his wife, Laura, and 4-year-old daughter Samantha after announcing his win in the mayoral runoff election on Tuesday.

Derek Norton shares a celebratory moment with his wife, Laura, and 4-year-old daughter, Samantha, after announcing his win in the mayoral runoff election on Tuesday.

Ryan Campbell, left, waits for election results to come in at Creatwood Tavern on Tuesday night.

SMYRNA — The citizens of Smyrna have chosen Derek Norton to lead the city as its next mayor.

Norton, 42, beat out his 26-year-old opponent, Ryan Campbell, by 159 ballots, or just over 2% of the vote, according to unofficial runoff election results posted Tuesday night.

The Cobb County Board of Elections & Registration is set to certify the election results, making them official on Dec. 12.

“I’m so excited. Smyrna’s the best place to live anywhere, and I’m humbled and honored to have the opportunity to lead this city the next four years,” Norton said as he mingled with a crowd of supporters at Zucca Bar & Pizzeria in Smyrna’s Market Village downtown. “There’s a lot of people who put a lot of blood, sweat and tears into this campaign, and a lot of them are here tonight to celebrate. They deserve a good night, a good party.”

Norton, who grew up in the city and has served as a Smyrna City Council member for the last four years, had the endorsement of Smyrna Mayor Max Bacon. The mayor attended Norton’s election watch party.

Norton, a lobbyist for the Medical Association of Georgia, said he’ll have big shoes to fill following in Bacon’s footsteps, but he looks forward to building on the foundation that the longtime mayor laid.

“What I’m most looking forward to is a couple days off,” he said, laughing. “But really, I’m looking forward to helping the city realize its potential and working with all of our citizens to make our city even greater than it already is.”

Campbell, a financial planner and small business owner, was gracious in defeat, saying it’s critical that Smyrna unites as one in the wake of the election results and supports Mayor-elect Norton in his endeavors.

Campbell said while he doesn’t plan to seek elected office again in the foreseeable future, the thin margin between the two candidates shows that the city is changing. He said the city is flush with new perspectives around technology, art, culture and diversity, and his campaign tried to highlight those new ideas.

“I was passionate about advocating about a broader vision for Smyrna, and I think we were able to accomplish that,” he said. “Being a dynamic, inclusive, forward-thinking city — I think that’s what our ‘one Smyrna’ message was all about, and I think it’s critical that people were able to see it and be touched by it.”

The 18-year Smyrna resident said he’d done everything he could to get voters out to the polls on Tuesday. Since the November general election, he said his team had knocked on 8,000 doors and kept up a strong social media presence.

Some of Campbell’s social media campaign materials included endorsement videos from elected officials, including Cobb school board members Dr. Jaha Howard and Charisse Davis. He also had the backing of the Cobb Democratic Party in the nonpartisan race.

Norton and Campbell vied for votes in Tuesday’s runoff after none of the five mayoral candidates could secure the 50% plus one vote majority needed to take the seat outright on Election Day, Nov. 5.

These two metro-Atlanta area cities have new mayors after the Dec. 3 runoff elections

After the December 3 runoff elections, two new mayors have been elected in DeKalb and south Fulton Counties.

Unlike many elections for public office, the runoff between Derek Norton and Ryan Campbell for the title of Smyrna mayor was not about race, n…

Early Christmas present. Thank you for keeping Smyrna moving forward and not becoming a Democratic trophy.