DC fights to enforce distancing and braces for … 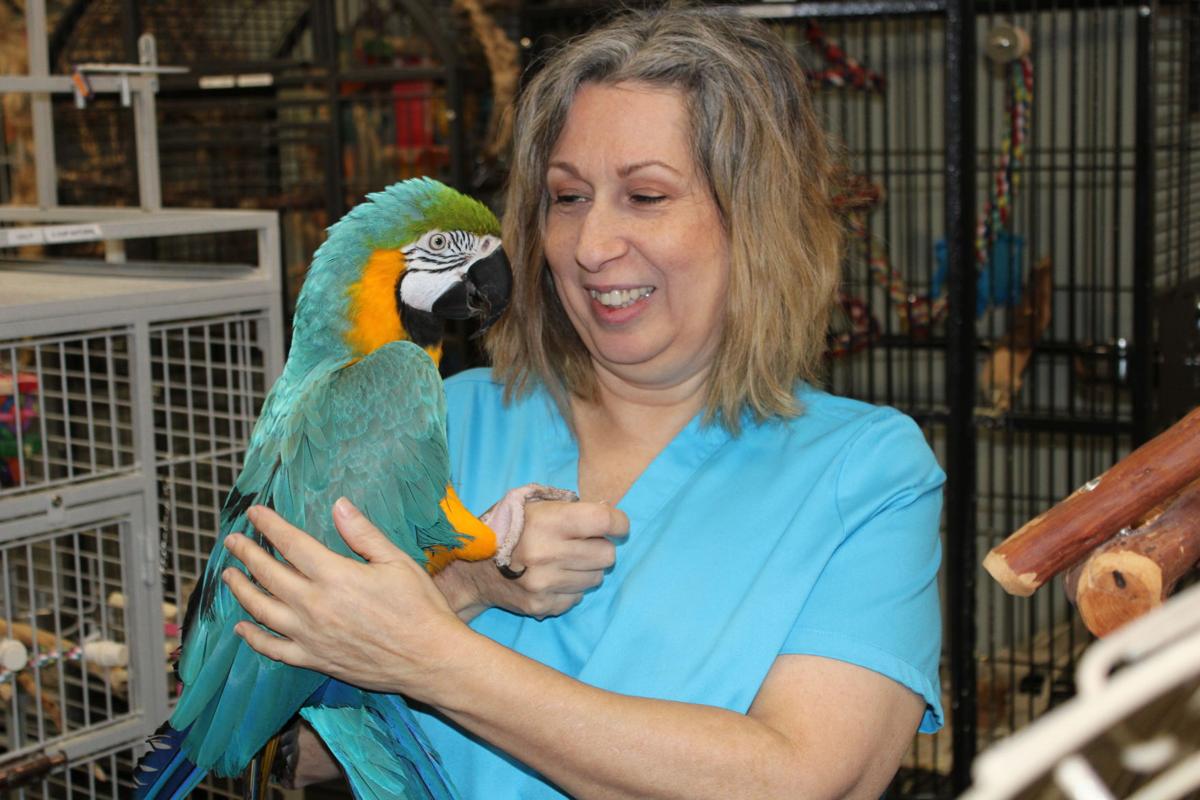 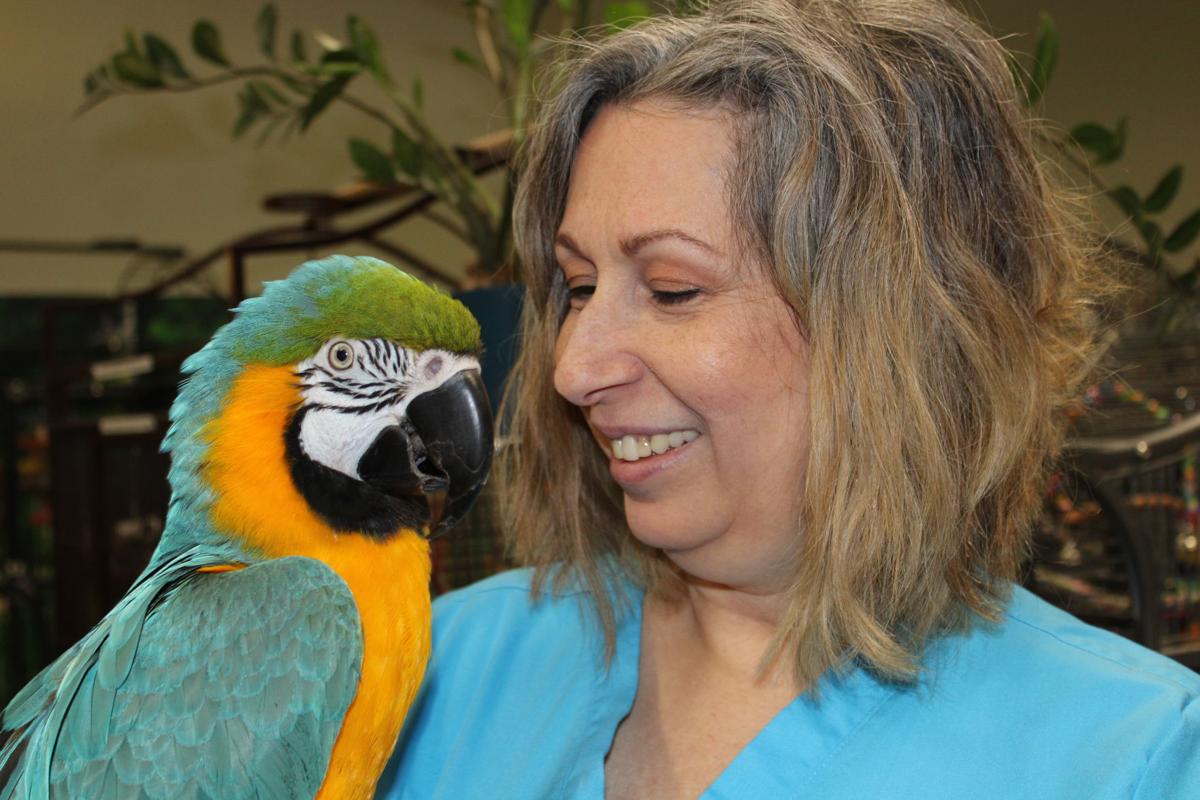 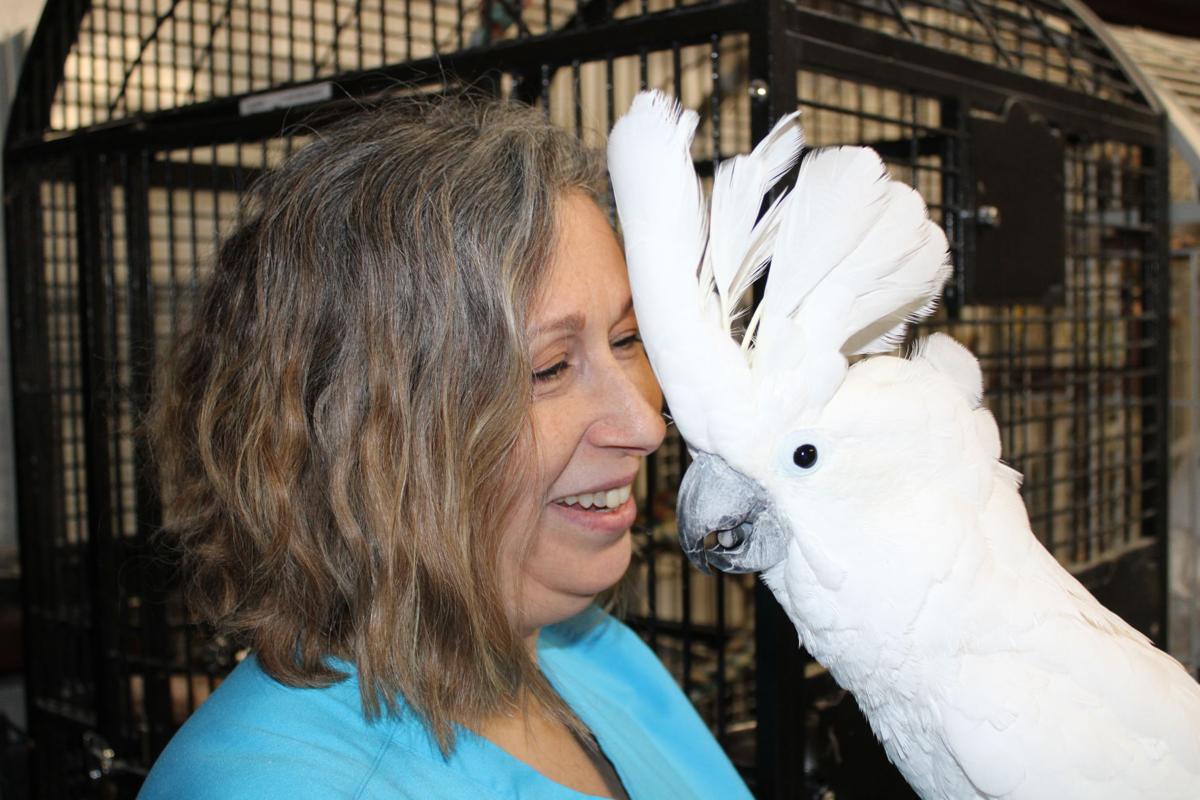 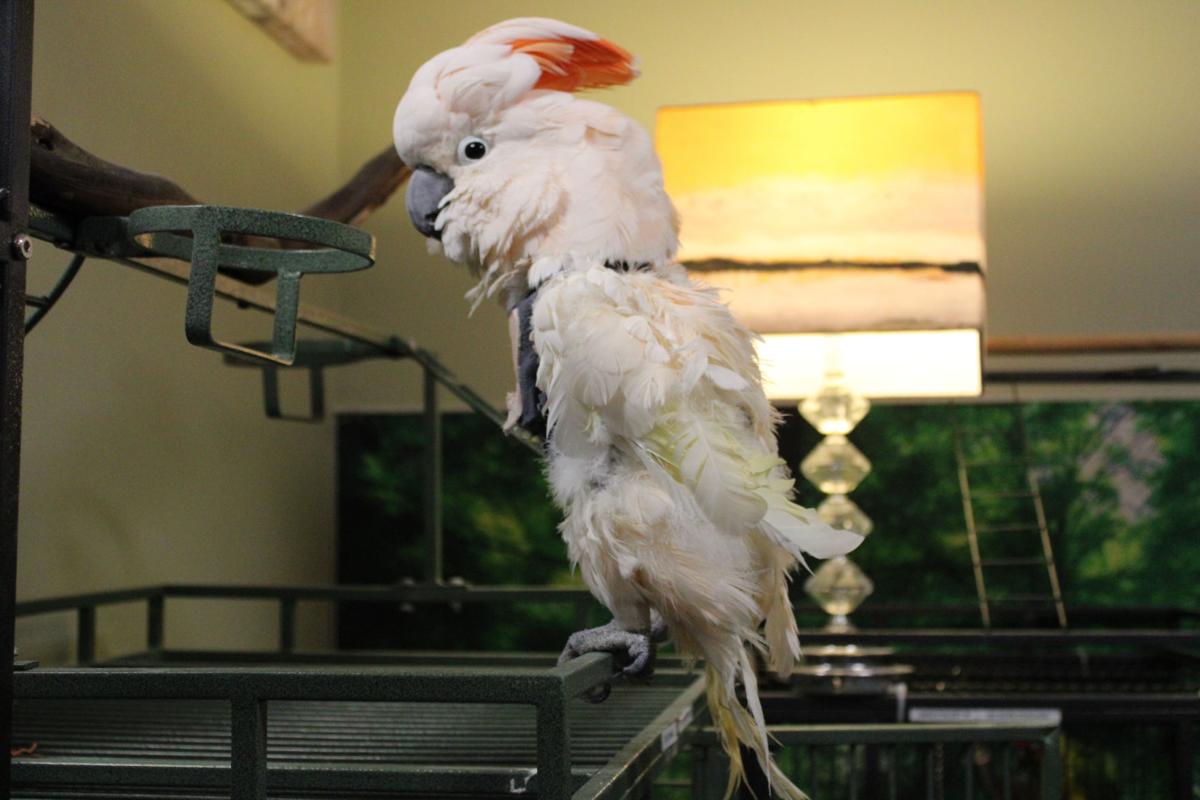 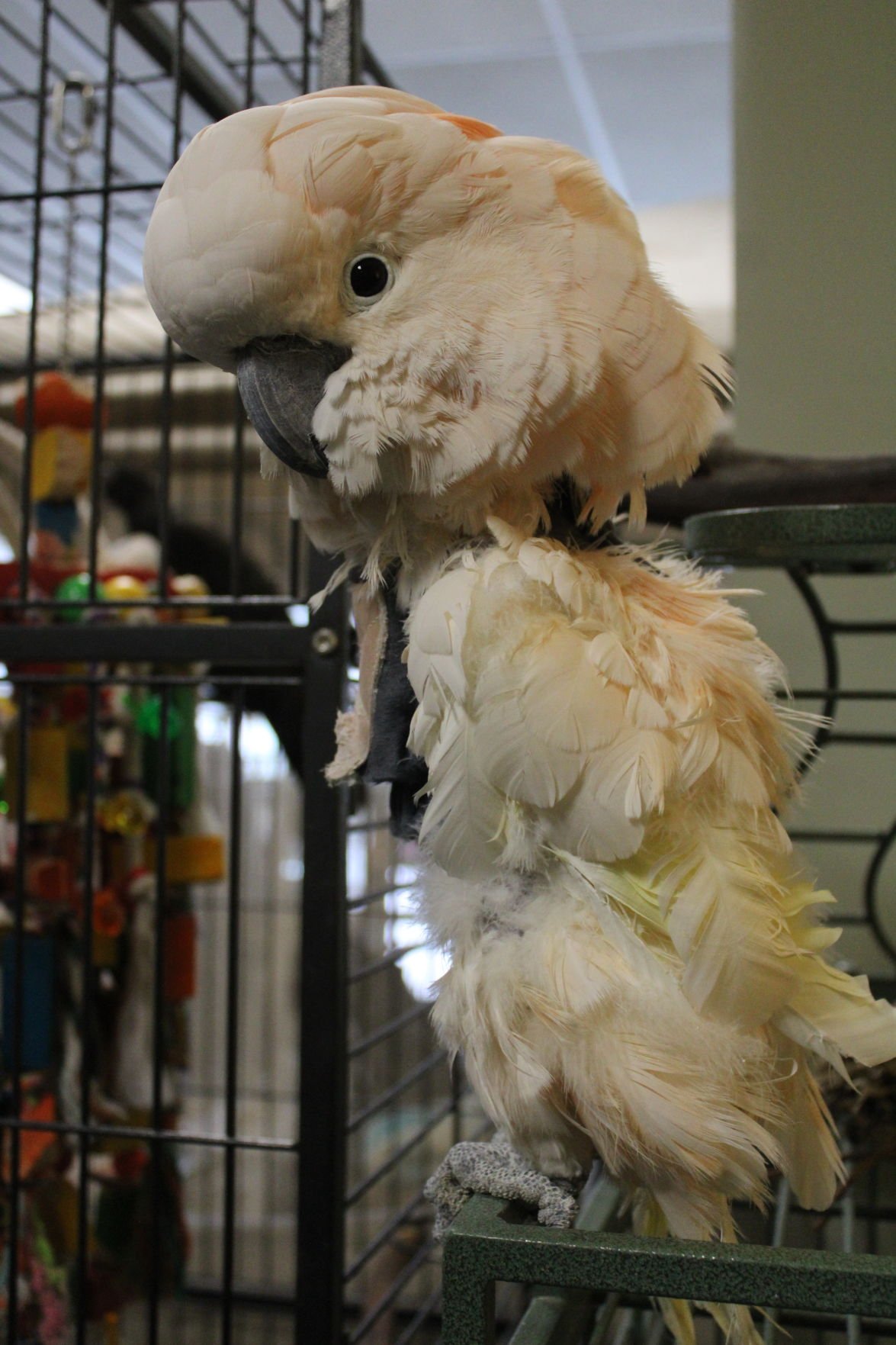 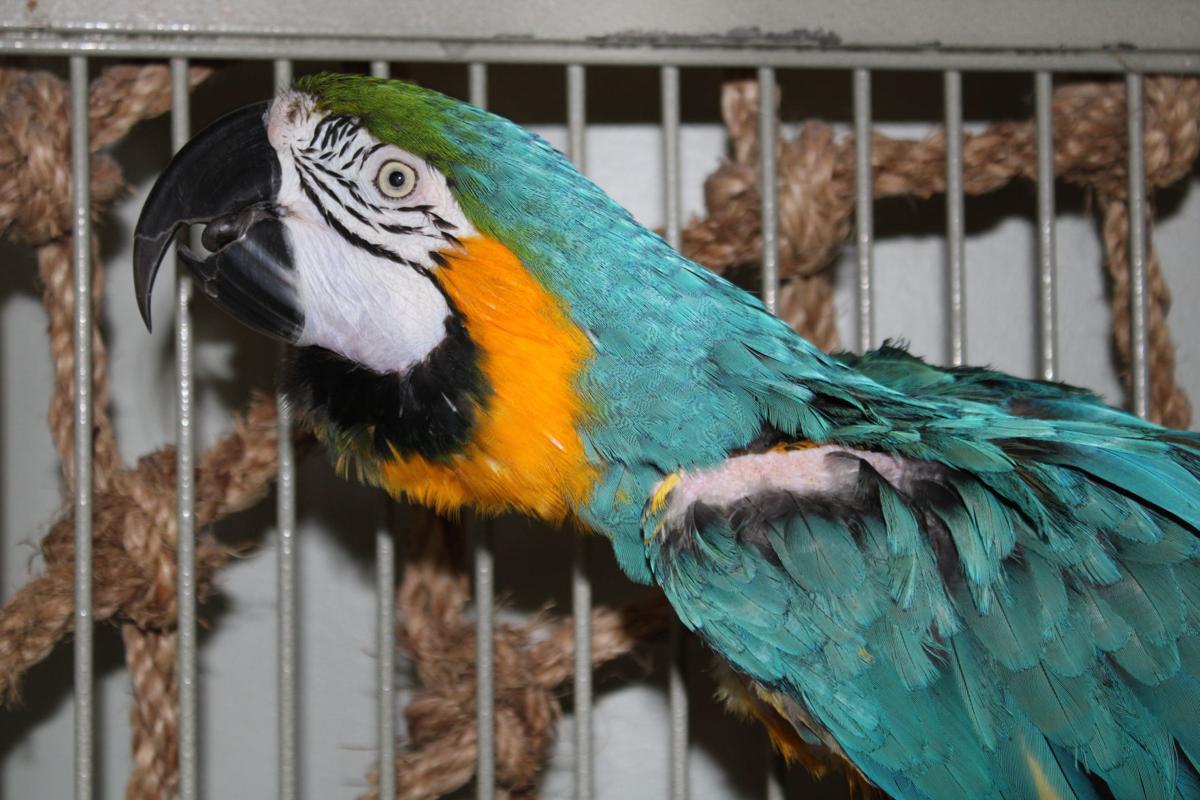 Parrot B.B. Queen says "Hello. How are you?" 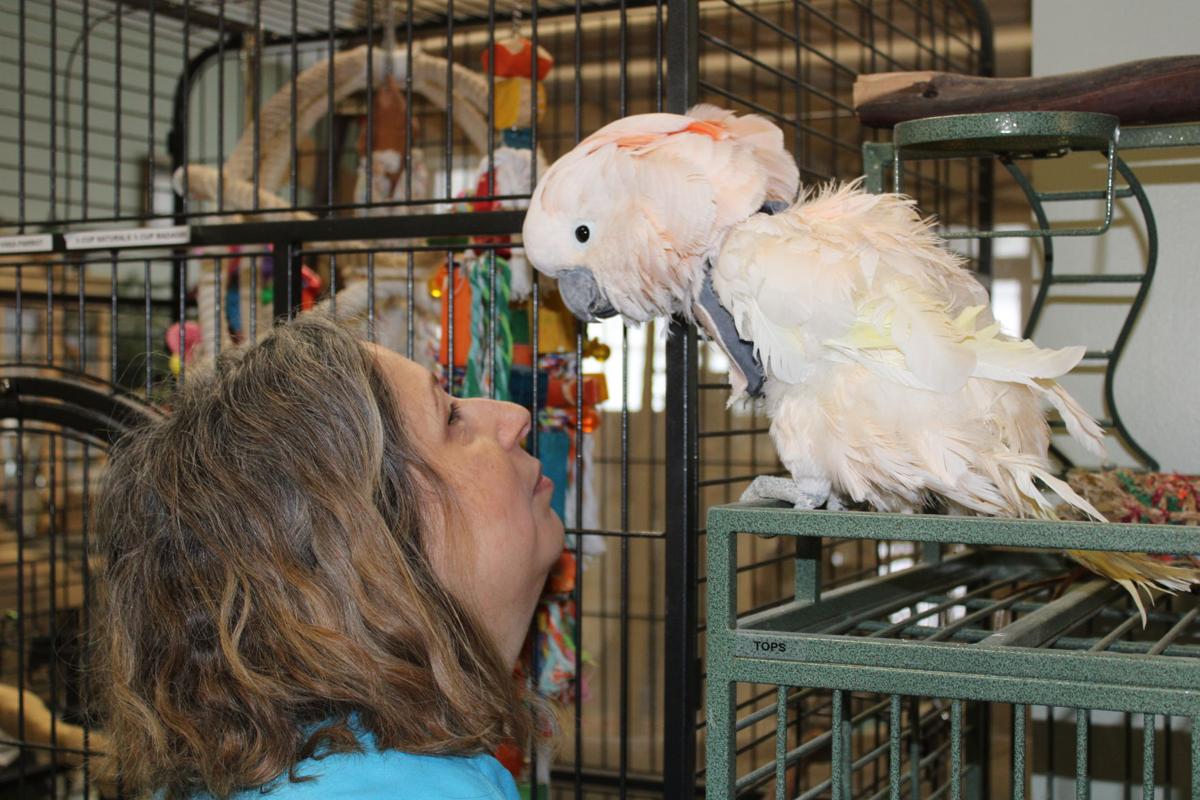 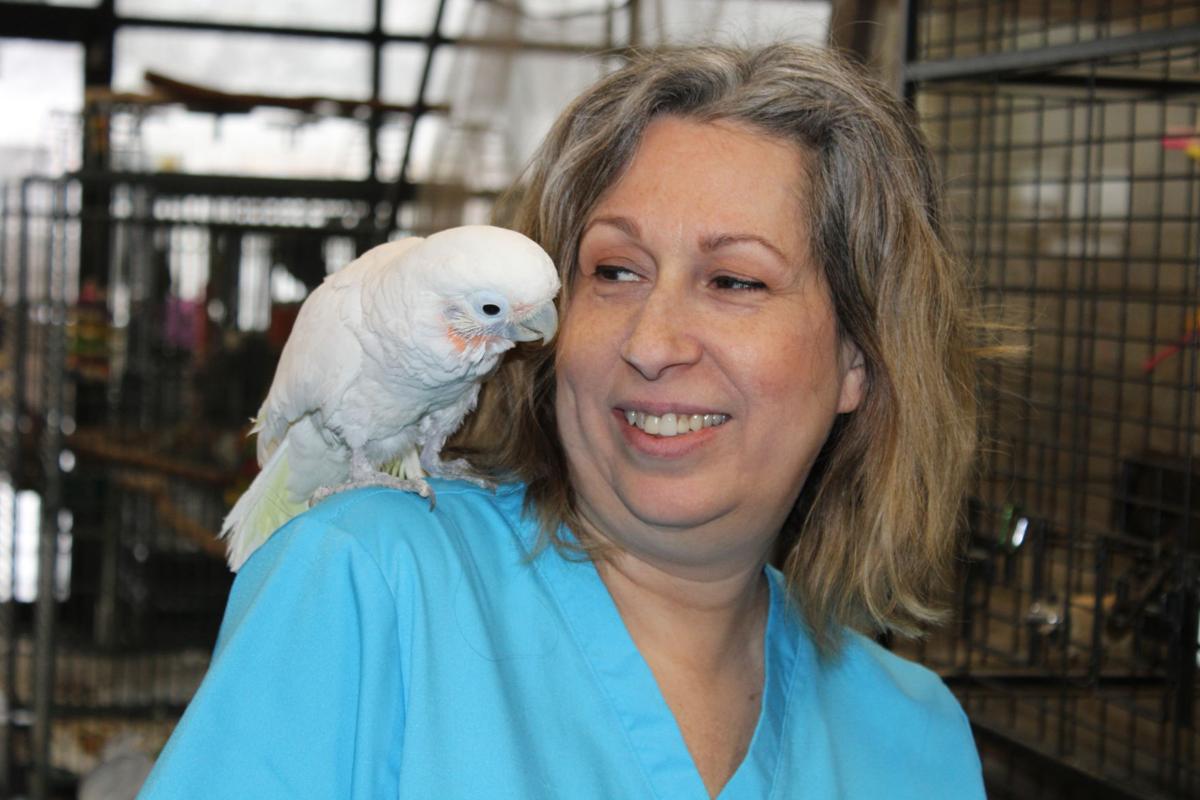 Papayago CEO Maria Sullivan makes the rounds, feeding the shelter's 100 birds with the help of a little friend. 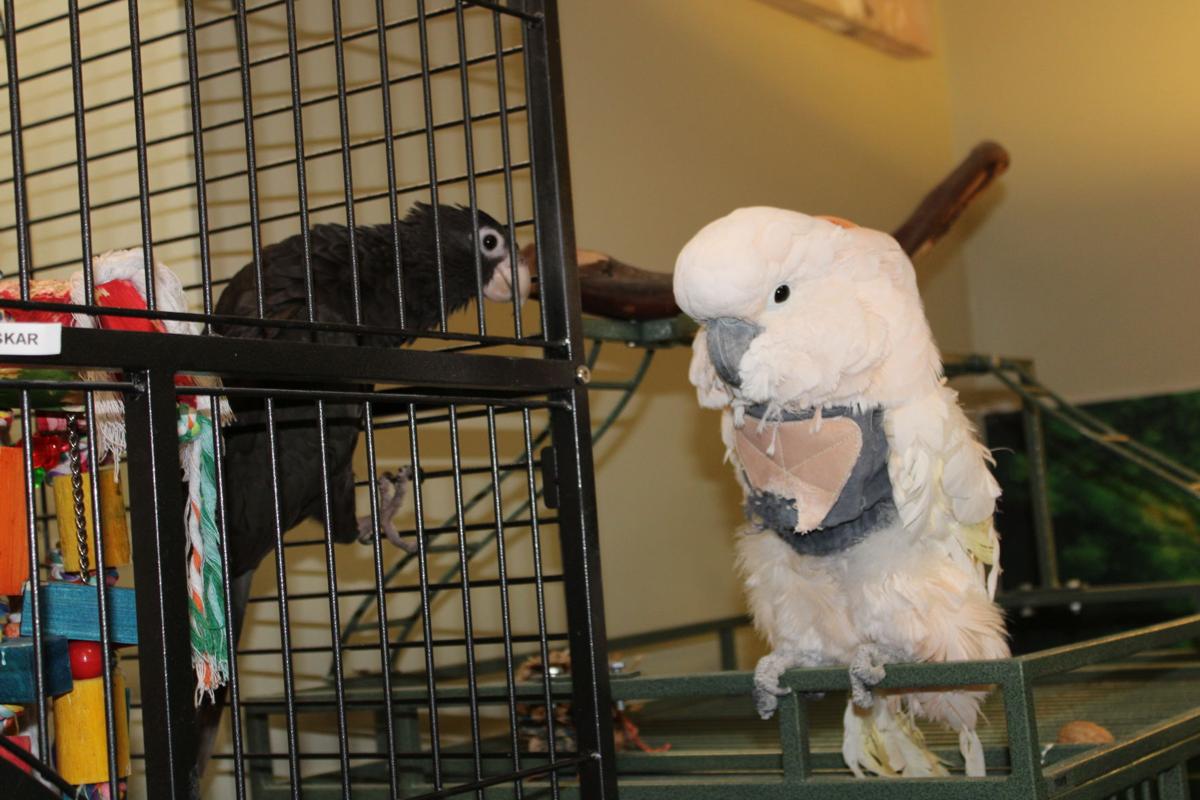 Moluccan cockatoo CoCo Chanel, right, pays a visit to Ibby, a greater vasa parrot. Sullivan said the two have become friends and like to preen one another.

Parrot B.B. Queen says "Hello. How are you?"

Papayago CEO Maria Sullivan makes the rounds, feeding the shelter's 100 birds with the help of a little friend.

Moluccan cockatoo CoCo Chanel, right, pays a visit to Ibby, a greater vasa parrot. Sullivan said the two have become friends and like to preen one another.

An east Cobb restaurant is going to the birds.

Red Sky Tapas and Bar off Johnson Ferry Road will host a fundraiser for Papayago Rescue House, the metro area’s only parrot rescue, Sunday at noon.

Representatives of multiple parrot species will be on hand to pose for photos with guests in the restaurant’s glassed-in patio, and Papayago will raffle off gift baskets with proceeds benefiting its mission.

The sanctuary, located off Canton Road near Noonday Park in north Cobb, is currently home to 100 birds, and 28 more Papayago birds live in foster homes.

The MDJ sat down with CEO Maria Sullivan and spokeswoman Janelle Tait Kovner as the flock squawked from their cages.

Sullivan said Papayago is the only 501(c)(3) parrot rescue within 130 miles of Atlanta. It provides care and adoption services for birds in need as well as educational courses for prospective bird owners.

She said most of the parrots in Papayago’s care come from people who become too old to care for their pets — some parrots can live past 60 years of age.

Kovner said parrots are intelligent, social animals, and adopting one is more akin to adopting a child than buying a puppy.

“They don’t know what they’re getting into,” she said. “They just see a beautiful bird and say ‘I want that bird.’ They get the bird and they know nothing about it. They didn’t do the research. And within sometimes two weeks, two months, two years, we get a call, ‘I have to get rid of this bird, it’s fighting my husband, my daughter is afraid of it, my dogs are afraid of it. They let this beautiful creature that has a lifespan of 50 or more years into their home, and they are not prepared.”

Some birds in Papayago’s care have been mistreated. One bird, a Moluccan cockatoo named CoCo Chanel, had a rough start in life. Sullivan said she was stuffed in a closet, had her feet broken so she wouldn’t walk on the floor, and was exposed to cigarette smoke, causing her to pluck her own feathers out.

A year after arriving at Papayago, CoCo seems to be getting along much better. She preens other Papayago birds and calmly sits on Sullivan’s shoulder and nuzzles her face.

Kovner said caring for birds like CoCo is a big expense for Papayago, and the organization hopes to raise money for bird care through events like the one at Red Sky.

“We not only take care of all of our birds that we get in, but we get birds that have been severely injured or mutilated that the care each year can be as much as $4,000 per bird, and that’s the biggest reason that we fund raise,” she said.

Sullivan said she actually spends a lot of time talking people out of adopting birds. They are flock animals that can require a lot of attention and socialization.

Sullivan said parrots, like human children, learn by watching and mimicking the behavior of others. When surrendered birds have been fed unhealthy foods, she has to personally model proper eating habits by eating fruits and vegetables in front of them like a mom feeding a baby.

“I have to make sure I chop up fresh fruits and vegetables that have been washed and make sure that I present that to them in different ways until they get accustomed to it,” she said. “They have to learn when they’re young. They look at their parents and see what their parents are doing, what they’re eating. That’s how they decide what they should eat as adults.”

But Sullivan said for those willing to put in the time, having a relationship with a bird can be a rewarding experience.

“They know when you’re upset,” she said. “One (African gray parrot), when he thinks I’m upset, he’ll ask me if I’m OK. They really do read you and do care about your feelings. They are reciprocal.”

“They’re loving, they’re cuddly, they’re hilarious,” she said. “They have senses of humor. They laugh, they throw things at you and go ‘ha-ha-ha-ha-ha.’ Because they respond to the owner. If the owner is upbeat and lively, that’s the kind of birds they have. They like to play. They like to watch TV with you. They like to be next to you. … It’s basically like having a best friend with feathers that might be with you for the rest of your life, and it’s a permanent relationship.”