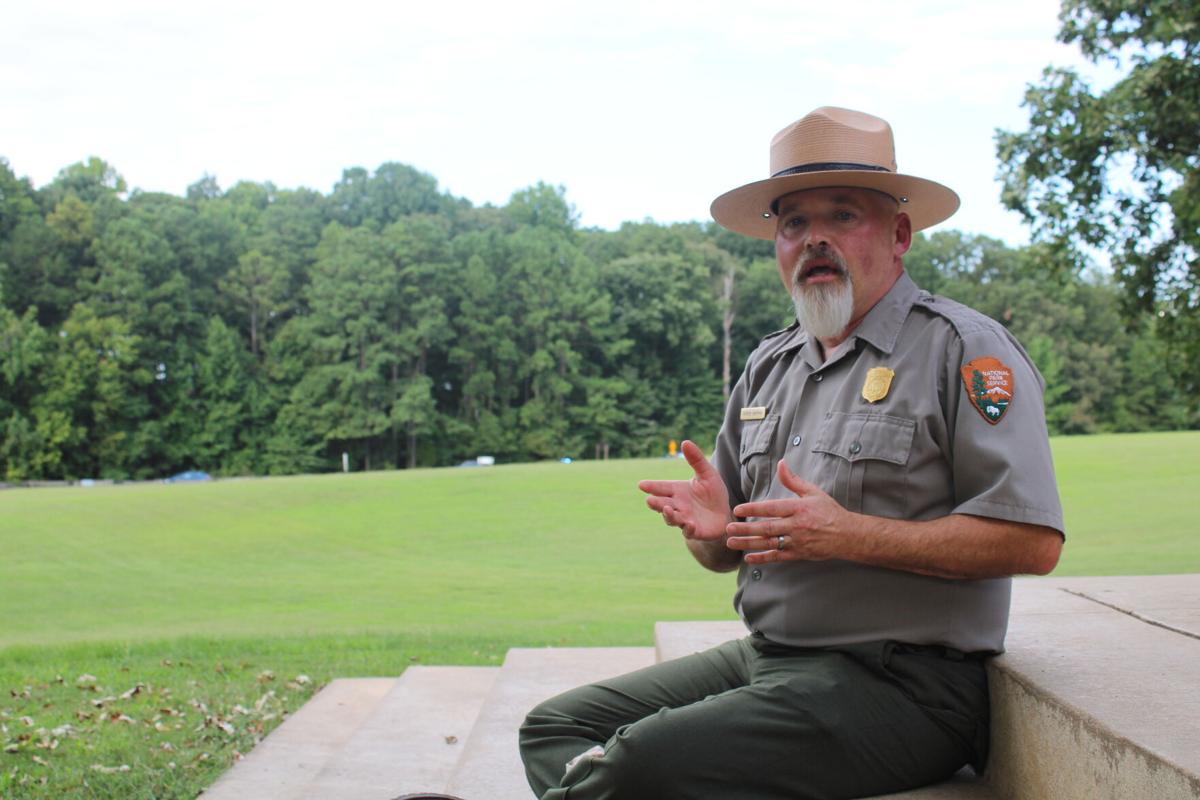 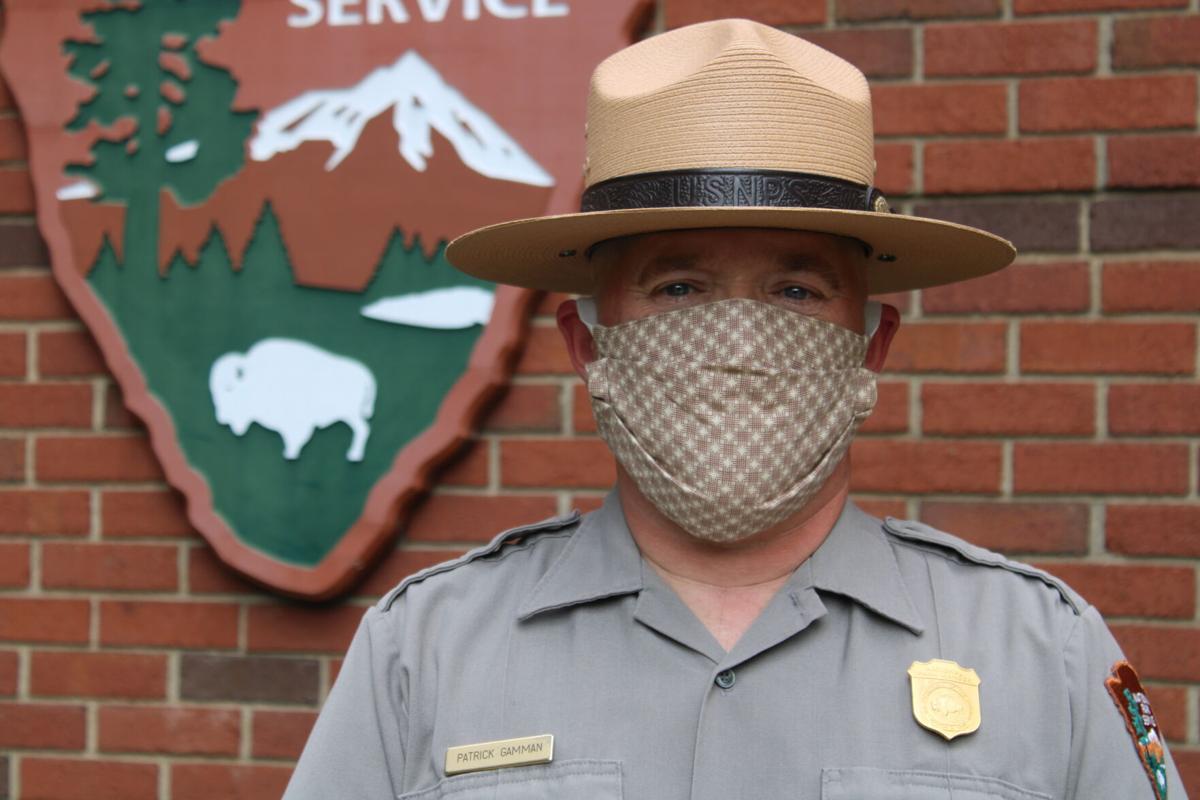 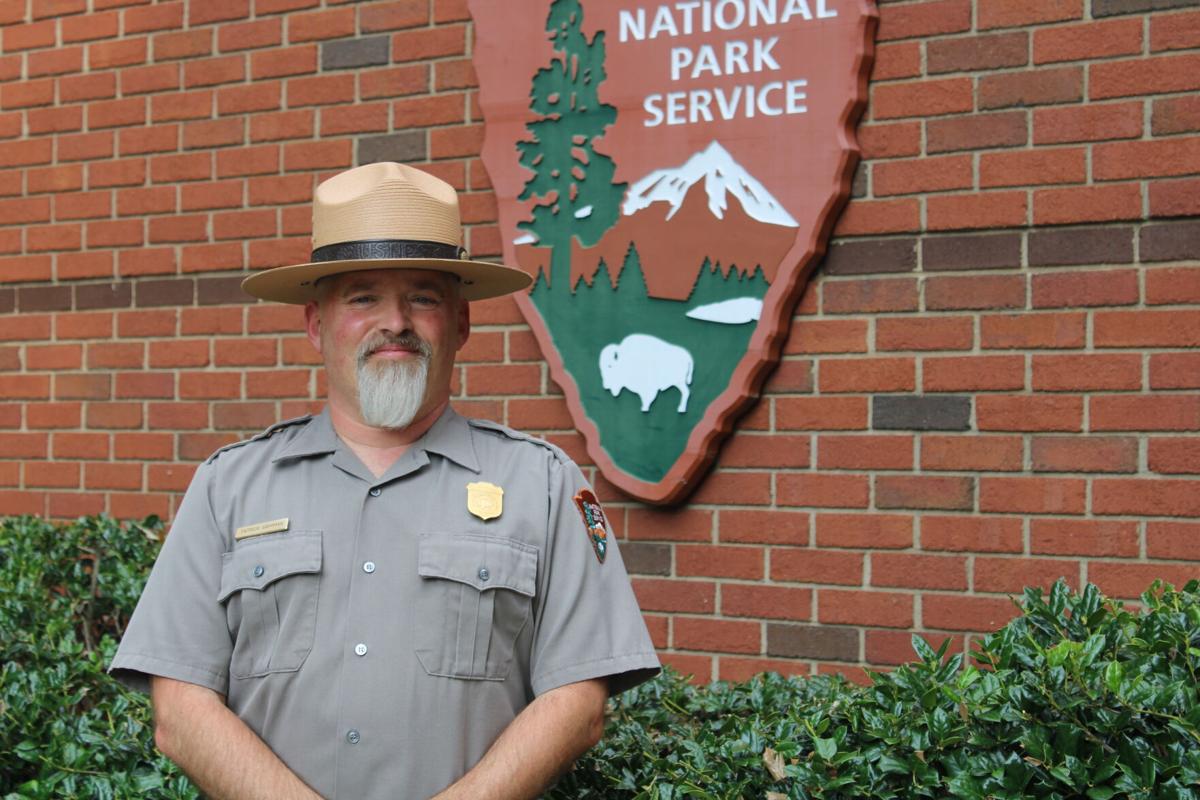 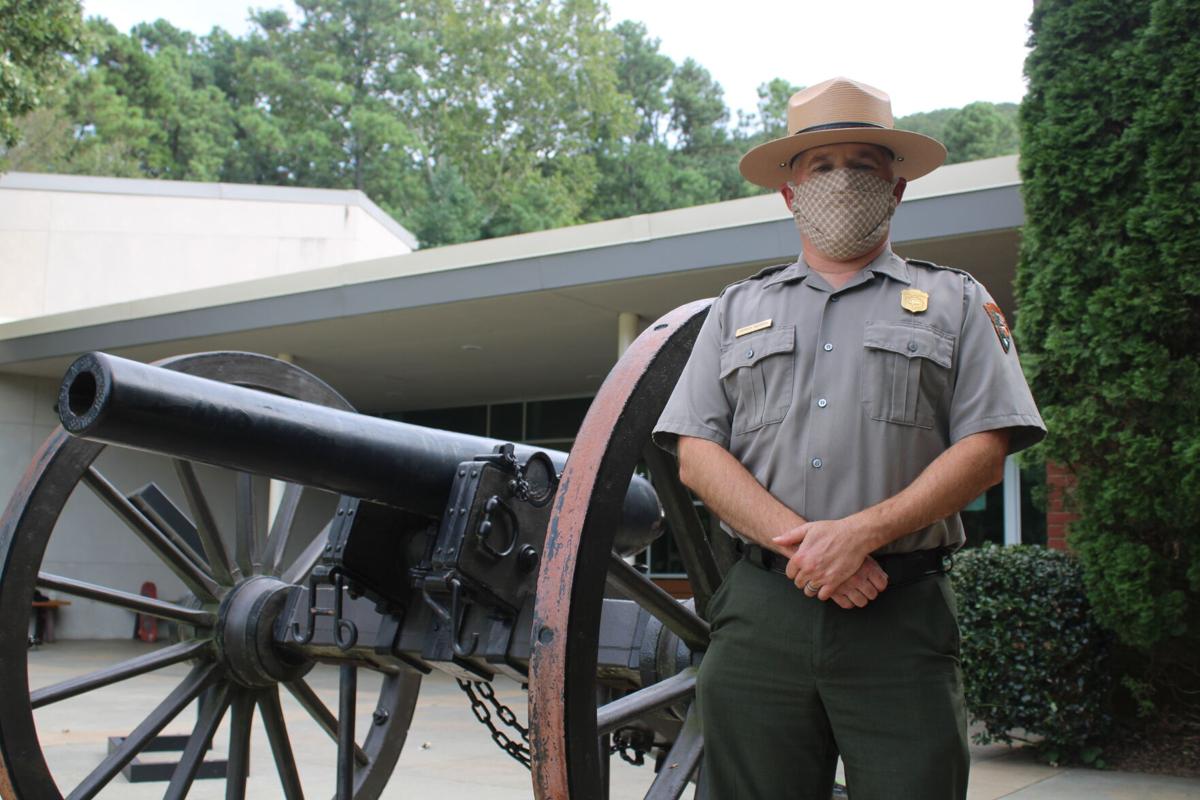 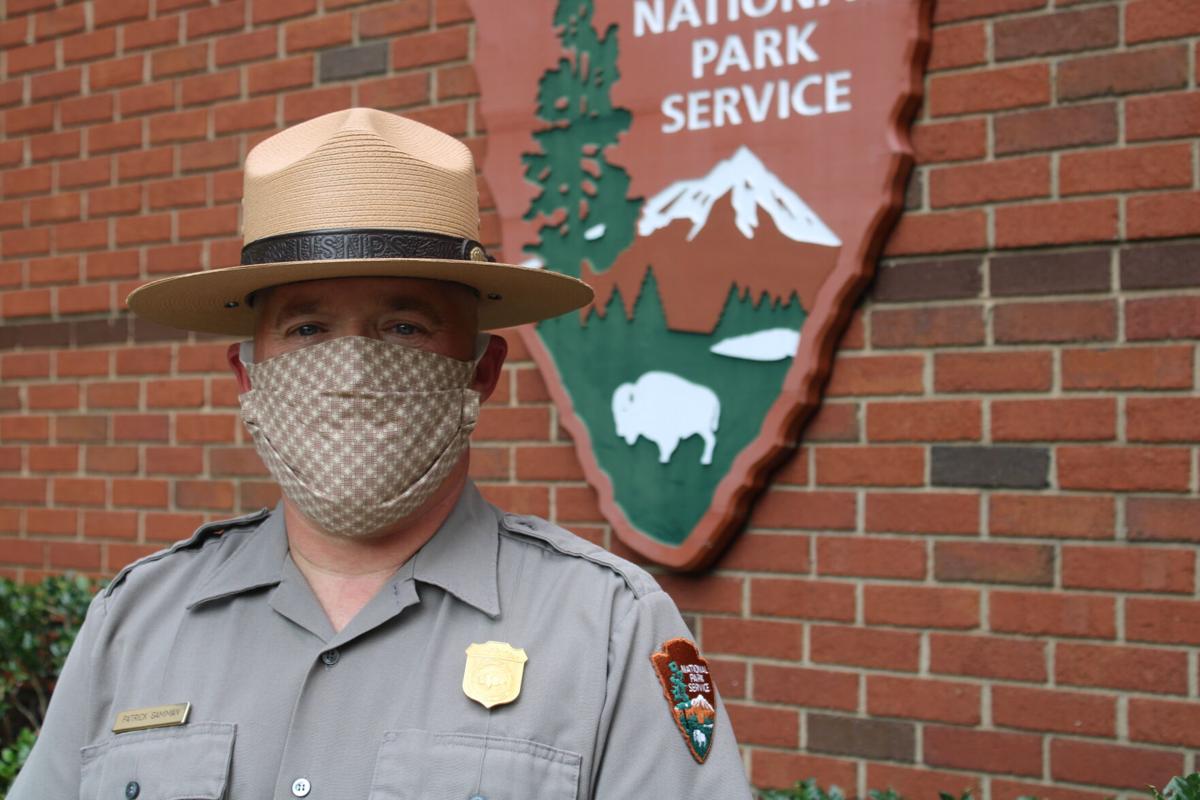 The park, a unit of the National Park System since 1933, is under new leadership. The National Park Service named Patrick Gamman, an Oregon native with three decades of experience working in public lands, as the new superintendent in July, and he plans to explore new ways to tell the story of the Civil War battlefield.

“We’ve got a story of the Civil War,” Gamman said. “We’ve got a complex story of a nation that’s split, and how did that get back together? And if you’re thinking about Kennesaw Mountain itself, why did the battle happen here? What were the big political objectives? This was the last thing that happened before the final push to Atlanta.”

To better tell that story, Gamman plans to listen to the community and learn what guests are looking for. That could mean adapting to technology, using social media to communicate with the public and implementing scannable QR codes across the park to direct users to informational websites, Gamman said.

“Especially in an urban park, I want our rangers to be able to talk to the public about what’s going on now,” Gamman said. “I feel that Civil War parks, right now, are a place that we should have these American conversations.”

According to Gamman, those conversations about the park’s history and modern-day significance can take place across the grounds.

“Whenever you see a cut area, something happened there,” he said. ‘There was a battle. There was an encampment. Something important happened there, and we need to somehow use technology, like our phones, to start telling that story where the people are.”

Gamman will also focus on conservation work, and he said the park has $9 million in deferred maintenance projects on trails, buildings and historic artifacts like the cannons that scatter the grounds. In order to take on those maintenance projects and improve the guest experience, the park instituted a parking fee system late in 2019, Gamman said.

“My first nine months or so, as I’m getting used to this park, getting to know the community, we’ll be putting together these projects, so we want to let the public know that we’re using their fee dollars to really enhance their experience here.”

Future projects could include improvements to multi-use trails on park grounds. Gamman said visitors have changed the way they use the park, with many guests now traversing deep into the land to hike, run, or ride horses.

“Infrastructure is a big thing to me to make sure we can handle 2.7 million visitors every year,” Gamman said, “and that’s probably going to grow.”

Gamman said maintenance projects and installation of new informational materials will not happen overnight, but he wants to work with neighbors — those with deep roots in Cobb County — to better tell the story of the park.

“There’s a longstanding good relationship between the national park and local government,” Tippins said. “They’ve obviously had challenges on how they would function due to the shutdown, but I think they’re doing well and I think the parks and the open space has been very good and conducive to people’s exercise. The park is a huge asset to the county.”

In the short term, Gamman said his focus is on responding to COVID-19. Due to the pandemic, the park shelved many visitor and volunteer programs. The park only recently reopened its road to the top of Kennesaw Mountain, and it has not yet resumed its shuttle service to the mountaintop.

“Right now, my big thing is managing our response to COVID-19,” he said. “That is my immediate concern because I want to keep the public safe, the rangers safe, the family of the rangers and the entire community safe. I do have a responsibility to do that.”

Gamman said his most immediate assignments will take place behind the scenes, where he will work to set up long-term projects.

A Wealth of ExperiencesGamman most recently served as superintendent of John Day Fossil Beds National Monument in eastern Oregon, but his career in public lands has taken him across the world. He brings a wealth of experiences, from caving in South Dakota to snowshoeing in Washington, to Cobb County.

“I’ve gotten to tour all over America as a park ranger,” he said. “I just think that is one of the best blessings of my life.”

Gamman’s stops include Wind Cave National Park in South Dakota, Denali National Park and Preserve in Alaska, Mount Rainier National Park in Washington and Cape Hatteras National Seashore in North Carolina, among others. He also spent two years with the Peace Corps working on public lands in the Philippines.

“I’ve seen things that do work and things that don’t work,” he said. “I have these three decades of knowledge, and, at this point, I became a superintendent a few parks ago so that I could take my knowledge as a park ranger and actually start to manage that and give back.”

Gamman previously worked in firefighting, fee collection, sled dog demonstrations and other park services. In his 30-year career, he has learned how to manage public lands and analyze visitor trends.

New Goals in Cobb CountyGamman said he pushed for the superintendent role at Kennesaw Mountain National Battlefield Park, a space that differs from some of his past sojourns at remote parks.

“There’s so much to do around here,” he said. ‘What I found really enticing about wanting to come to this park is, not only is it beautiful, not only is it loved, not only does it have a really amazing story, is that it is newly an urban park. It’s going to be one of these things that we have to adjust to, and I want to be part of that adjustment.”

Gamman said he most enjoys working with the public, and he hopes to develop community partnerships in Cobb County.

“I really want to make friends here, and I do know a lot of people really love this park,” he said. “The promise I’m going to make to all those people is I’m going to try to take care of it the best that I can, I’m going to stick around for a good long time, and we want to go together forward.”

And when the coronavirus pandemic is in the rear-view mirror, Gamman said he cannot wait to offer volunteer opportunities to the public.

According to Gamman, his job is to tell the story of the park and provide something of value to guests. If the park can provide an incredible experience, then the community will want to protect the land.

“Parks are for people,” he said, “but parks are not necessarily forever. They only exist as long as the American people find value and they find them relevant.”