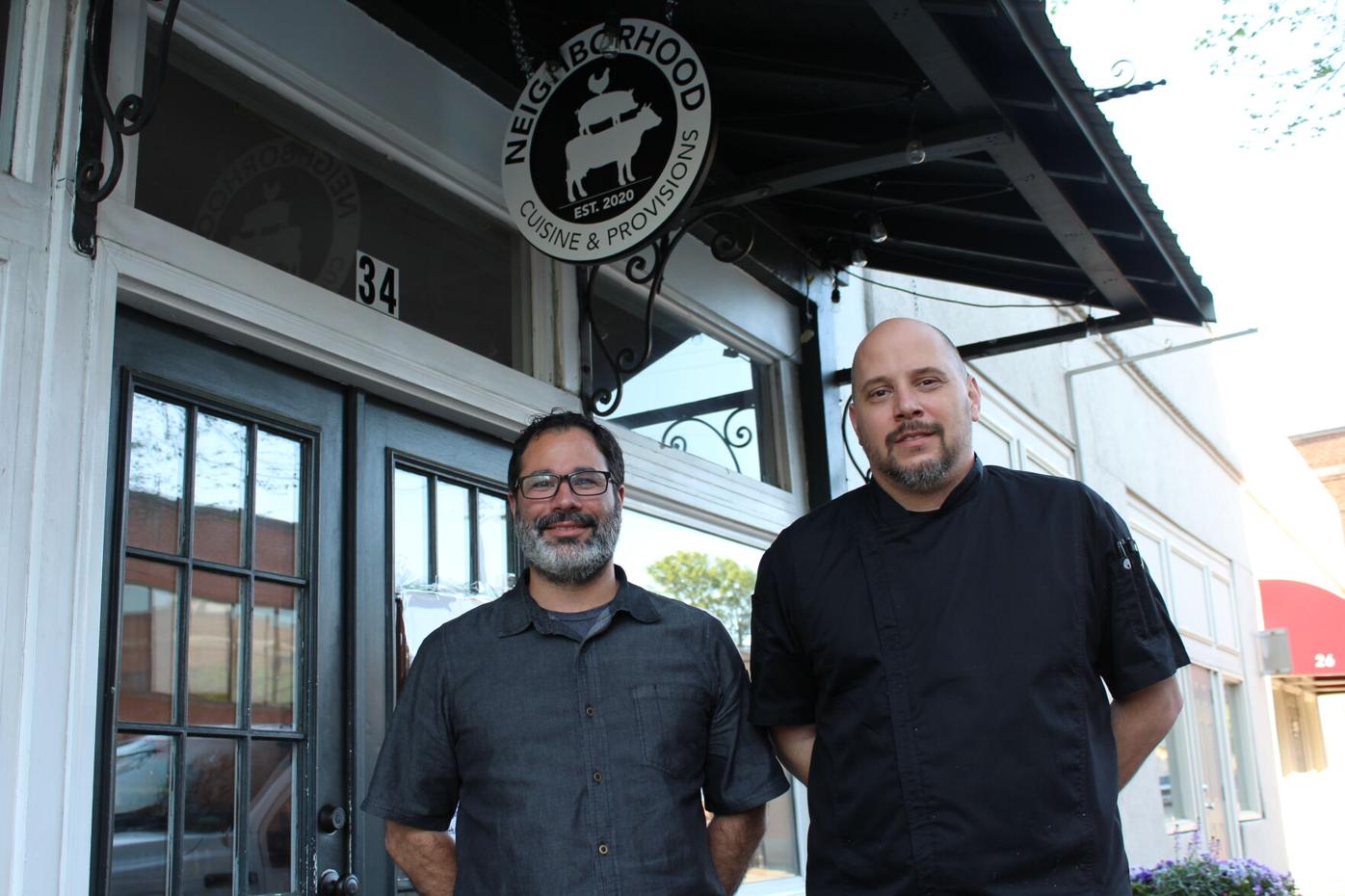 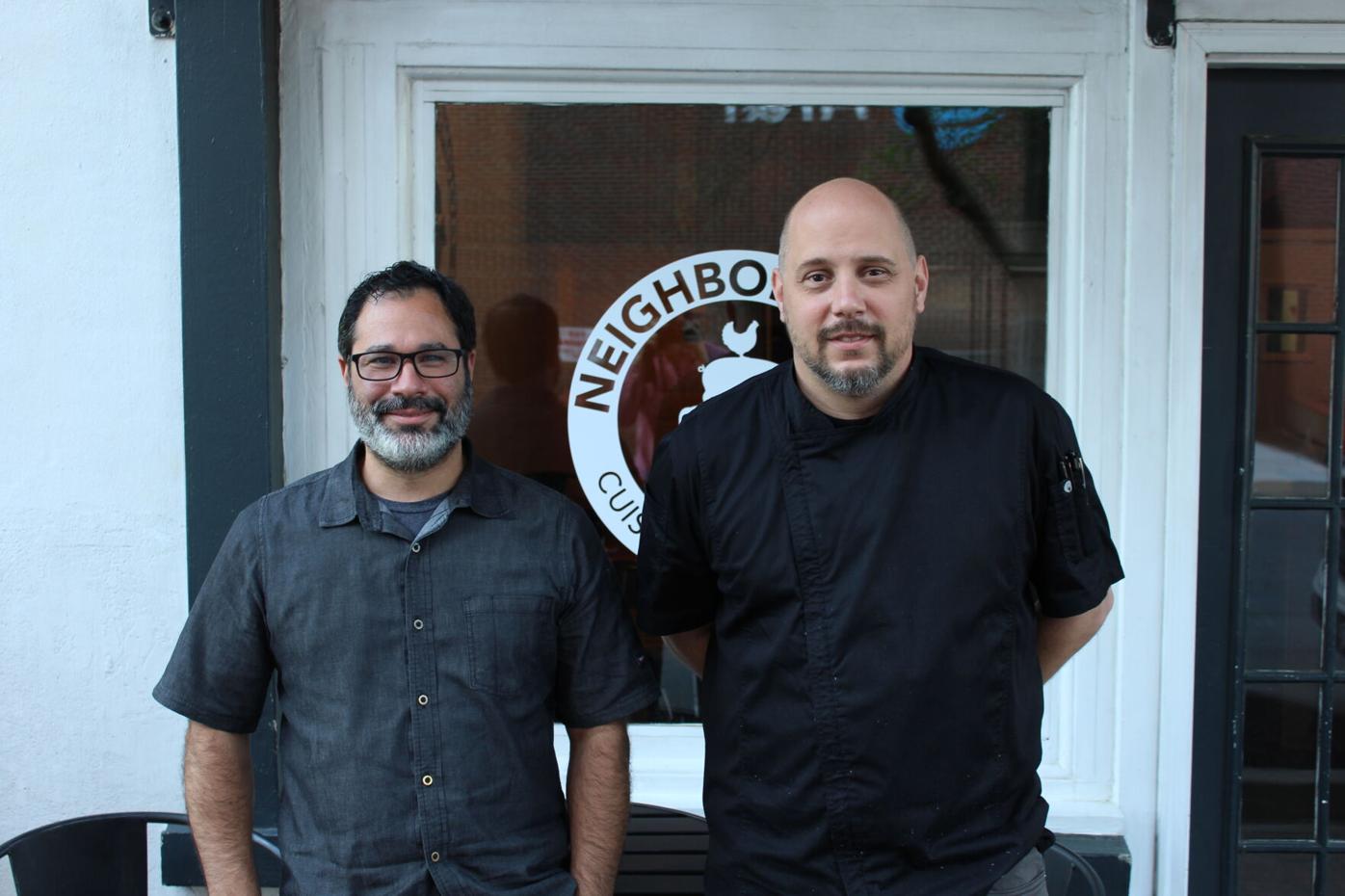 MARIETTA — An April 20, 2020, report from the National Restaurant Association estimated that more than 8 million restaurant workers were laid off or furloughed across the country. Dominic Belli and Jonathan Disser, brothers-in-law who both live in Smyrna, were part of that toll.

But like so many others, they pivoted to adjust to the times. They created Neighborhood Quarantine Catering, selling prepared, family-sized meals that only required popping a tray in the oven.

“Parents were working from home, kids were home from school, everybody’s in their house 24/7,” Disser said. “They didn’t have time to cook, or they didn’t want to cook at the end of the day.”

The duo, both veterans of the hospitality industry with a combined 50 years of experience, produced higher quality meals that were ready in 30 minutes.

“It was a lot better than going to the grocery store and buying a frozen Stouffer’s lasagna,” Disser said.

Their plan had been to continue that concept for the time being, but now, a year later, Belli and Disser are now partners in the rebranded Neighborhood Cuisines & Provisions. They still offer catering and takeaway meals, but now have a storefront on Powder Springs Street, a block south of Marietta Square.

“I think a lot of people would say ‘You’re crazy trying to open a restaurant during the pandemic,’” Belli said. “But, you know, in hindsight I think it was the right move. I always say, some things happen for a reason … I wouldn’t say being laid off is a great thing, but a lot of things developed from that.”

Oven-ready meals come with sides, feed four to six people and can be had in the $40-$50 price range. They run the gamut — Italian (lasagna, gnocchi, spinach and chicken manicotti), Cuban (mojo pork), Mexican (chicken enchiladas), Indian (butter chicken), Cajun (jambalaya) and traditional fare such as pork chops, barbecue or salmon.

The diverse menu came out of customers, themselves a mix of cultures, requesting different things in the early days.

“And we try to stick to as much authenticity as possible,” Disser said. “You know, try not to Americanize it too much, but keep it within the parameters of what people are used to seeing.”

For in-person dining, the menu features many of the same dishes, scaled down for individuals, as well as sandwiches, salads and sides.

The “provisions” part of the business are for sale in a deli counter — homemade pickles, pimento cheese, pomodoro sauce and spicy carrot hummus.

The hours are geared toward lunch, but there’s also four-course Saturday dinner pairings. Tickets will be sold online with limited seating to produce an intimate setting.

“That kind of allows us to get kind of to our roots with a little bit higher end, gourmet [meals]” Belli said.

On top of the ready-made meals, which are also available in smaller, two-person portions, they’ll continue to offer catering. It’s all about flexibility, they said.

“The more you say ‘no,’ the more it turns people off,” Disser said. “You say ‘yes,’ and you’re going to continue to be successful.”

Belli and Disser are both area natives. Community support has been “huge” in getting the business off the ground, the partners said. Early in the pandemic, they forged bonds with clients by delivering meals themselves. Their initial success was through plain old word-of-mouth. They, in turn, gave back by donating meals to families that suffered job loss. Customers started writing checks, asking that it go toward a meal for a family in need.

“It was 100% grassroots, I mean, we started off as simple as using MailChimp and just sending out emails trying to get a database going for our consumers.

After a soft opening of the brick-and-mortar store last week, during spring break, feedback has been positive. Disser said customers have told them a grab-and-go concept was a needed addition to the Square.

Belli and Disser had both worked for a hospitality group with 23 restaurants across the southeast. There was a stability in working their corporate jobs, where they were assigned concepts and brought new restaurants to fruition. But every chef, Belli said, dreams of “rolling the dice” and having their own place one day.

“Our confidence comes from the fact that we’ve done this for so long,” Disser said. And working for themselves, “it’s a big weight lifted off your shoulders.”