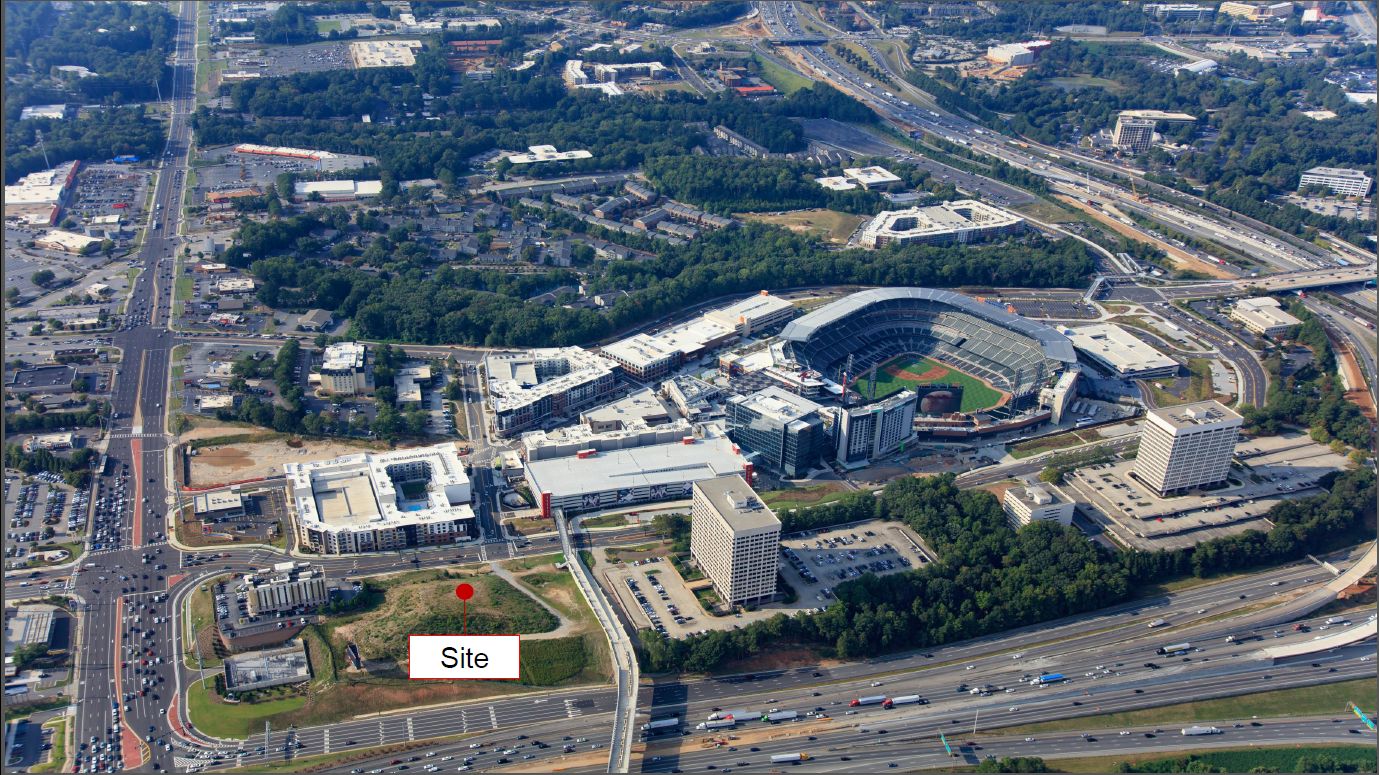 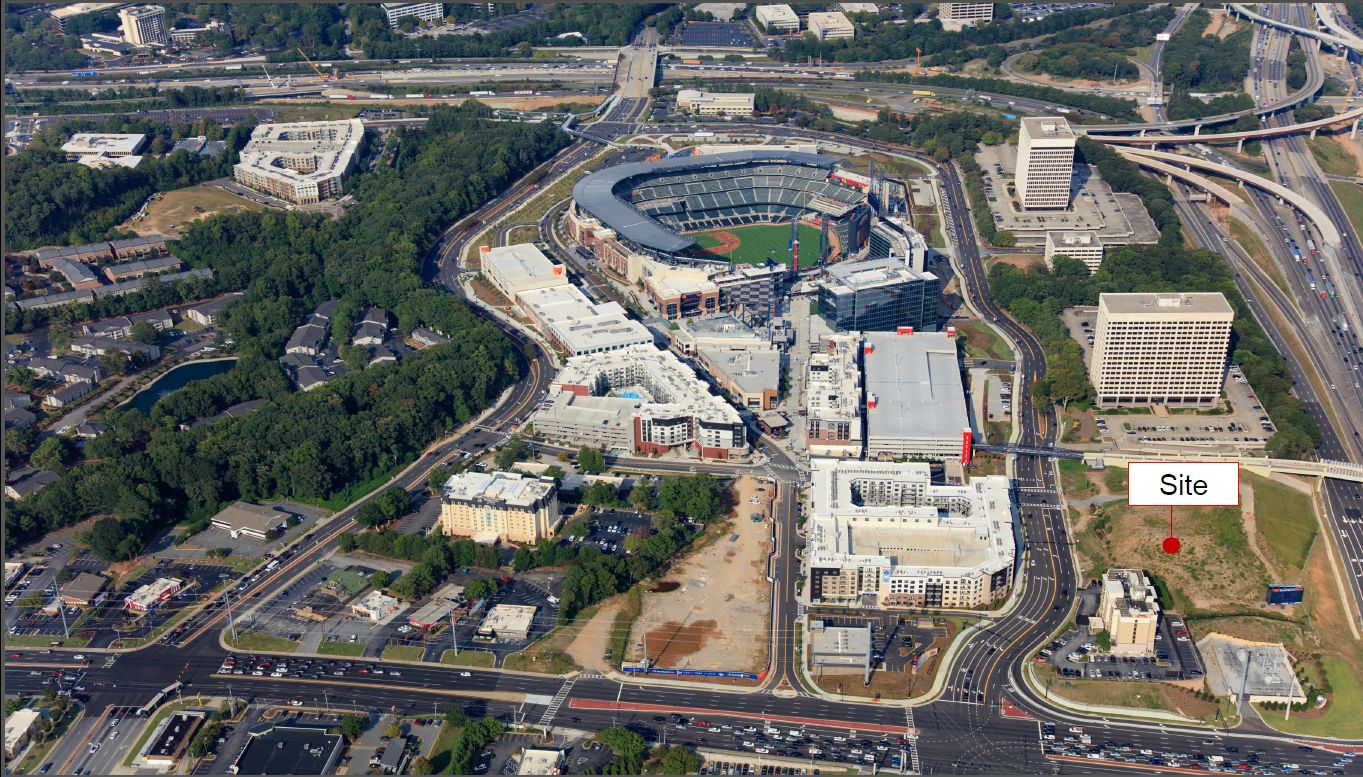 CUMBERLAND — A large advanced manufacturing company could be bringing its research and development and administrative operations to Circle 75 Parkway near SunTrust Park. That could bring 863 new jobs to Cobb County with an average wage of about $100,000, according to an analysis by Georgia Tech’s Enterprise Innovation Institute.

The name of the company is a mystery. At Tuesday’s Development Authority of Cobb County meeting, it was listed only as “Project Dashboard.”

A group representing the company came before the authority to request bonds not to exceed $264 million for a research and development facility as well as a 290,000 square-foot rentable office building with parking deck and additional office space in an annex building.

If approved, Project Dashboard would be built near the bridge over Circle 75 Parkway at the Battery. The land is owned by the Braves, which would lease space to Project Dashboard as the primary tenant in the office building.

Companies typically get better interest rates by going through the Development Authority for financing and could qualify for tax breaks, said executive director Nelson Geter.

Under the abatement, the development authority would take the title to the property, removing it from the tax rolls. The company would pay no taxes on the improved property during the first year, with payment increasing each year until it reached 100 percent after 11 years.

The members of the authority said they did not know who is behind Project Dashboard and would not reveal the name if they did.

“This is coming under a code name of ‘Project Dashboard’ because this project has not been committed yet,” said Chairman Clark Hungerford. “And the owners of the project are looking at other sites and looking at opportunities, and we are not at liberty to divulge who that is at this time.”

Board members Donna Rowe and Karen Hallacy said letting the name out before the owner wanted would make it harder to attract future businesses to the county.

Jack DiNardo, a location-strategy associate with real estate firm CRBE who represented the mystery company, was similarly tight-lipped, but he did reveal some information.

“It’s hard to get too much into the details of what (research and development) will be going on,” he said. “I can tell you they are an advanced manufacturing company. They create a prod-uct that each and every one of us has used at some point in our lives.”

DiNardo said the new hires would be “a skilled set of engineering and other R and D type folks,” and that the “overwhelming majority” of jobs there would be new to both the county and the state, though he said there are some employees of the business in Cobb County already.

DiNardo did not use the word “headquarters” to describe the proposed facility, but he did not rule out the possibility that the mystery building will wind up a corporate headquarters.

“It’s kind of a moving target on what the name of the facility will be,” he said. “It is a very im-portant part of the operation. The company itself has a lot of facilities around the globe, certain-ly in many states in the United States. This facility would bring together a lot of functions that would pave the way for a bright future for them here in Cobb County.”

He said the company has been looking at locations for about 14 months. The spot off Circle 75 made the short list because of its proximity to the interstate and good schools, which could pro-duce engineers and others to work there, he said.

DiNardo said the company hopes to make a final decision sometime this summer, and wants to get construction started right away after deciding.

Despite the mystery surrounding the project, the authority unanimously approved two in-ducements, one for the mystery company and one for the Braves Real Estate Development, LLC, or BRED.

That’s a signal that they are willing to consider issuing the bonds, but before the process can be finalized, the next step in the process will be to meet with the Cobb school board for an up-date before coming back to the development authority for final approval on the bonds. Then the plan would have to go to the Board of Tax Assessors for approval of the tax abatement schedule. After the bonds abatement schedule is approved there, it would go to the Superior Court of Cobb County for a bond validation hearing.

Board member Kevin Nicholas said he knows only what was revealed at the meeting, but rel-ishes the thought of bringing hundreds of high-paying jobs to the county.

Hmm... I seem to remember a certain candidate for Commissioner decrying secret deals and calling for transparency with the Cobb county citizens. Particularly when putting the county on the hook for millions of dollars in bonds...

My how times have changed, Commissioner Boyce.

Mental health could be the next casualty of global warming