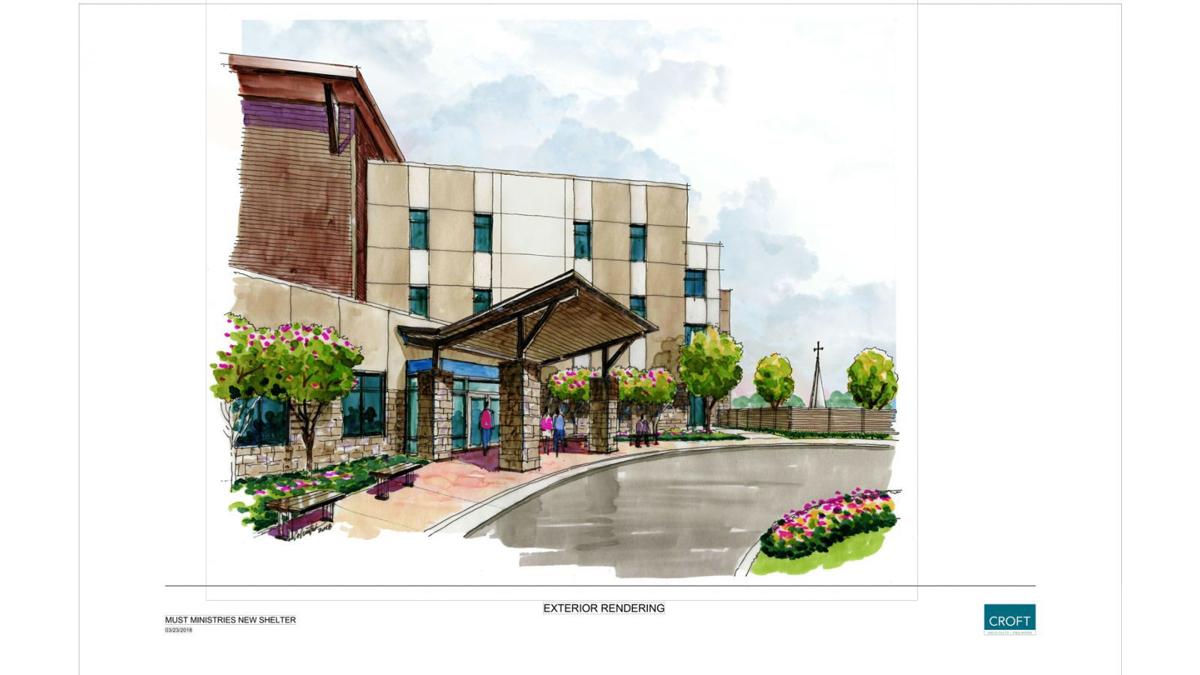 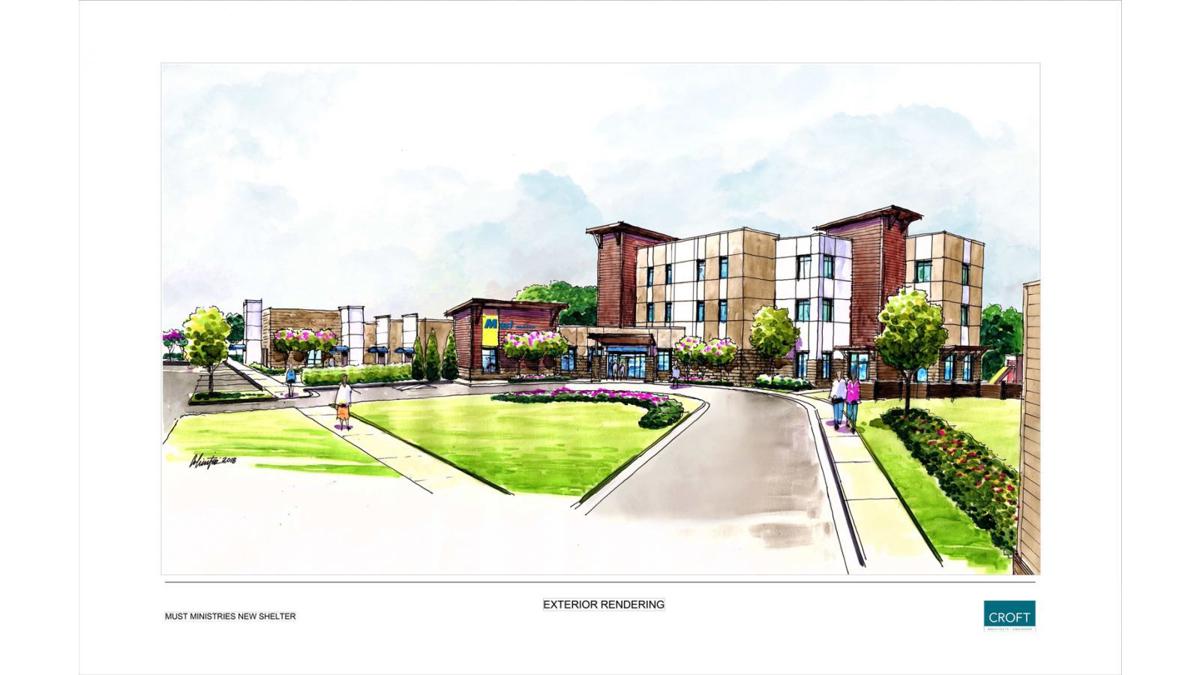 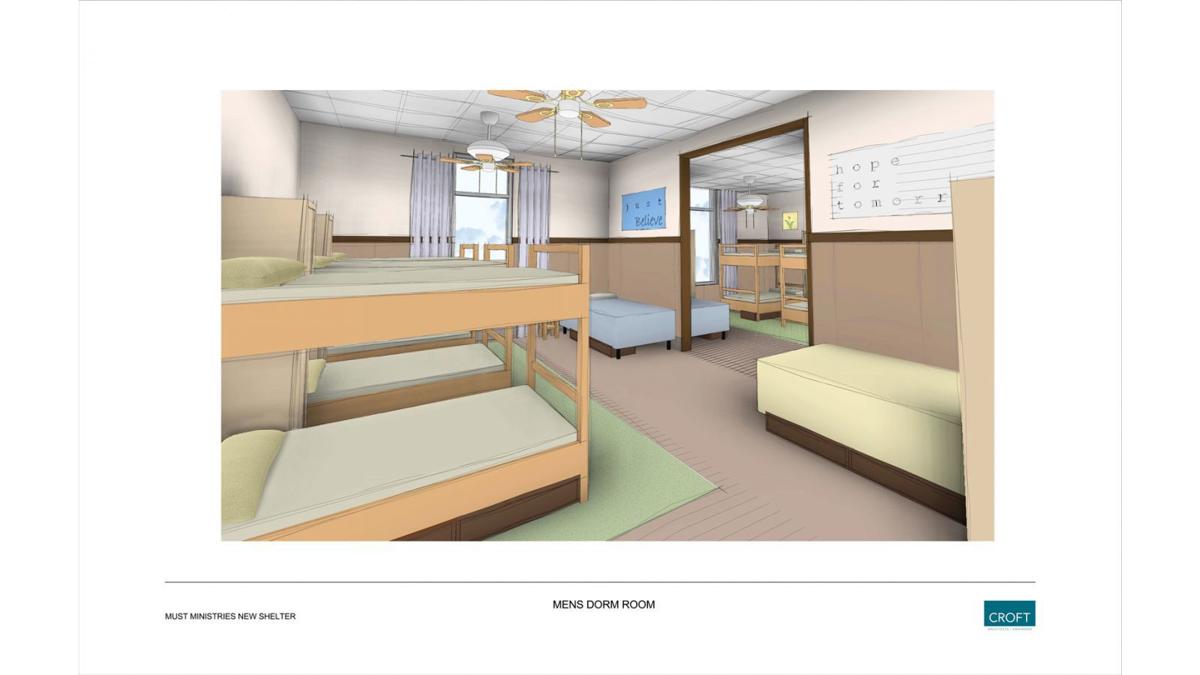 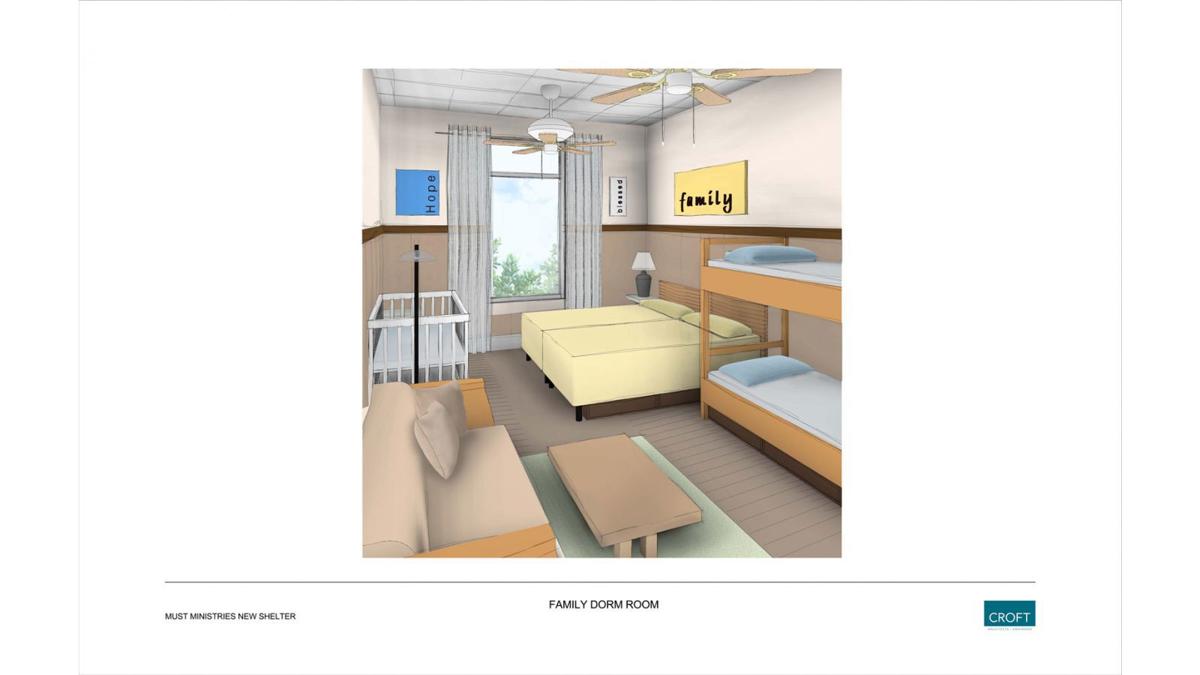 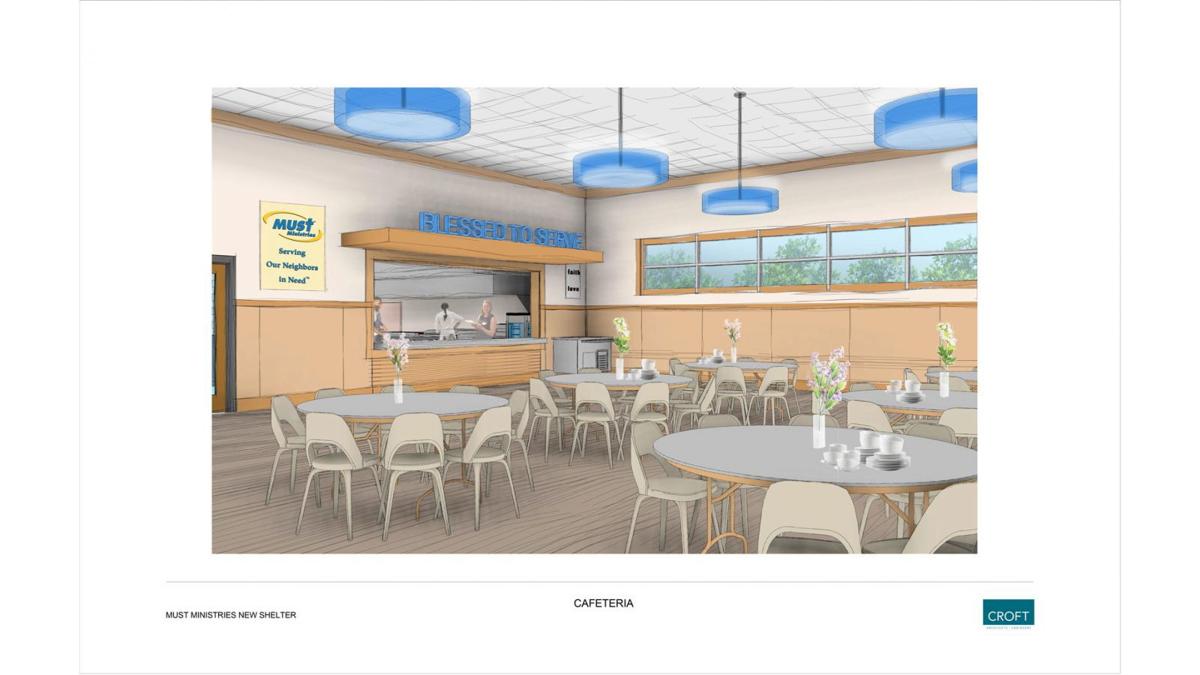 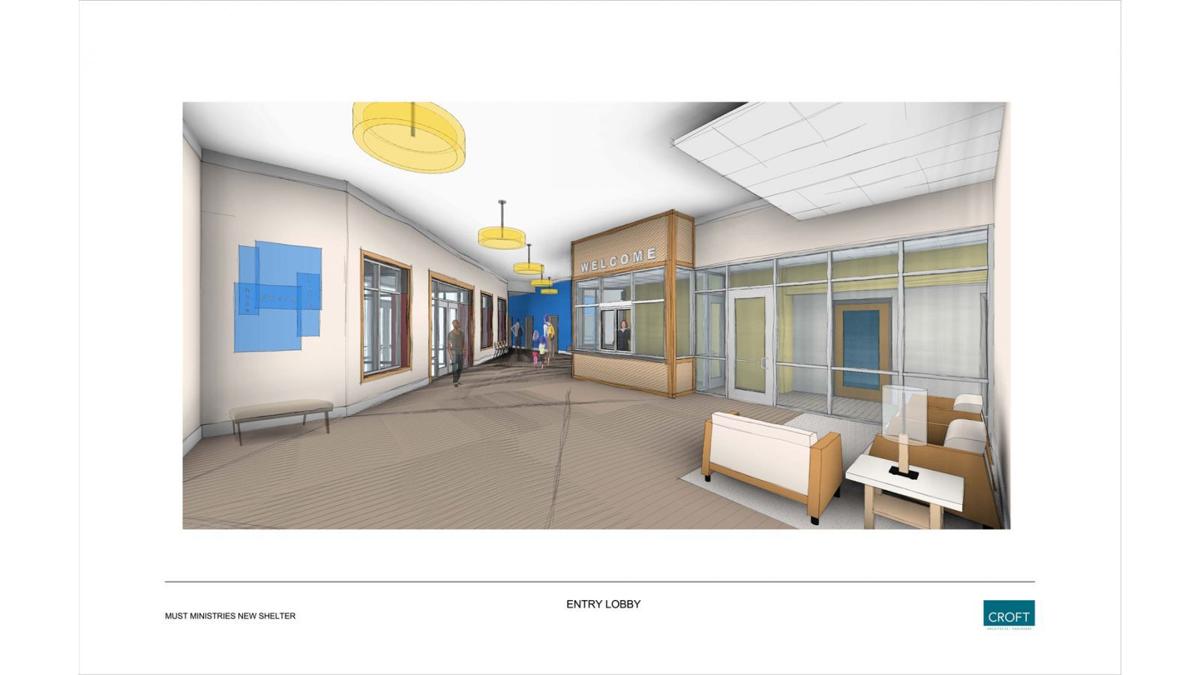 MUST Ministries, the Marietta-based nonprofit dedicated to helping people struggling with homelessness, is set to launch a fundraising campaign Tuesday to fund an expanded campus near the corner of Bells Ferry Road and Highway 41 in Marietta.

The campaign, titled “Build Hope a Home,” has a goal of raising the final $1.3 million of the $12.1 million project that will replace the current 72-bed shelter with a 130-bed campus. MUST raised the first $10.8 million through foundations and corporate grants.

“I think that fundraising is a lot like a football game,” said MUST President and CEO Ike Reighard. “You can drive the ball downfield, but when you get into the red zone, that last 15 or so yards, that’s the most difficult part to be able to score from. In fundraising, it’s when you’re getting down to that last million or so. I just believe our community, based on living here for the last 20-plus years of my life, our community is going to come through. We’re going to be able to raise the majority of the dollars right here in Cobb County for a shelter I believe our community is going to be extremely proud of.”

Informational events are scheduled this month and October for those wishing to learn more about the plans.

A distance variance filed by MUST with Marietta’s Board of Zoning Appeals is set to be heard Sept. 30 to determine exactly where on MUST’s 6.3-acre property the shelter will go.

Reighard said the move is much-needed. MUST currently operates out of a renovated church building off Church Street Extension, but he said that property is no longer big enough to handle the community’s poverty problem.

“It was driven by demographics,” he said. “The demographics of suburban poverty, which is the fastest growing segment of poverty in our country, dictated we need a new facility.”

“The new shelter is going to be designed with more family rooms to take care of the people we’re having to turn away,” Reighard said. “We believe it’s going to help us to be able to put into our facility people who maybe are not able to come in, women living with their children in cars behind strip malls somewhere or in a Walmart parking lot.”

In addition to more family rooms, the new shelter is also set to have dedicated space for veterans. Reighard said having all of MUST’s services such as administrative offices, medical clinic, food pantry and thrift store in one location will also make life easier for staff, donors and residents.

MUST spokeswoman Kaye Cagle said the current property has four family rooms, but how many the new facility will have is not yet clear as the nonprofit awaits a decision from the city.

The new shelter’s story dates back to 2017, when MUST withdrew an appeal to build a 130-bed shelter on the spot. The land already has homeless shelters listed under acceptable uses, but MUST needed a variance from the city to build within 750 feet of residential property. That request was denied by the Marietta Board of Zoning Appeals after outcry from neighbors concerned about a group of homeless people living in some nearby woods.

“The thing that’s been really hard on us is people misunderstanding what that is,” Cagle said. “Some people believe we were turned down for having the shelter at all, when that is absolutely not the case. The land we purchased was already zoned for homeless shelters. The variance was simply to decide where to put the building on our land, and this appeal is to go back and explain why we want to put it where we want to put it, which is on the back side of the property.”

Building the shelter on the back side of the property would be ideal in part because that would allow MUST’s administrative facilities to face Highway 41 rather than the shelter itself.

Don Hausfeld, MUST board member and chairman of the development project, said MUST filed for the variance last month after new information came to light that he thinks will boost MUST’s case.

He said the residentially-zoned piece on the other side of Bells Ferry is not being used as a residential home and never will be. He said it is surrounded by light industrial and commercial property and is being marketed toward commercial buyers.

Hausfeld said the closest residential house to the property is over 1,100 feet away.

In 2017, neighbors came out against MUST building on the property, saying they had concerns not about MUST’s residents, but about a group of homeless men who live nearby. Neighbors said the men hung out in the woods not far from the shelter so they can take advantage of free meals distributed by MUST but did not want to stick to the strict rules about sobriety and job seeking that MUST requires for residents. Neighbors spoke about homeless people wandering about drunk and leaving litter all over the place.

An online petition asking Marietta to deny the appeal was posted to the website Change.org Sept. 5 and had nearly 100 signatures by Sept. 9.

“Nothing has changed since MUST first proposed relocating their facility in 2017,” wrote one signer under the name Kathy Sims of Marietta. “MUST does many good things that the community does not oppose, but their continued support of the chronically homeless in this area only enables those who are addicted to drugs, alcoholics, and repeat criminal offenders. …This is not about ‘not in my backyard’ – this is about safely being able to go to my neighborhood gas station or fast food restaurant without fearing for my safety.”

Reighard said he expects some to come out against the plan again this time, but he said MUST’s outreach programs help turn the type of people neighbors are concerned with into productive citizens.

Reighard said MUST has found it typically takes seven or eight “personal touches” to help get someone on the right track.

“That could be eating lunch there or being able to pick up a new shirt or pair of shoes,” he said. “We hope obviously they are going to move someone from the overpass or the woods to a facility to get to a better place of stability.”

Reighard said once people do get into MUST, their success rate is much higher than the national average for emergency shelters. He said between 74% and 85% of MUST residents have moved on to better circumstances after they finish there, compared to about 40% nationwide.

Reighard said MUST has held meetings with concerned citizens as well as with police, fire and others throughout the process and will continue to do so moving forward.

“They should feel free to reach out, to call me, email me,” was Reighard’s advice to those with concerns. “My goal would be that our neighbors don’t even know we’re there we’re doing such a good job – only if they’ve got somebody in their family that’s struggling with homelessness, then we want to be the most visible resource in all of Cobb County.”

Reighard said if all goes according to plan, MUST will break ground at the end of 2019 or beginning of 2020 and construction will take between 12 and 18 months.

Coroner featured in 'Midnight in the Garden' book dies at 88