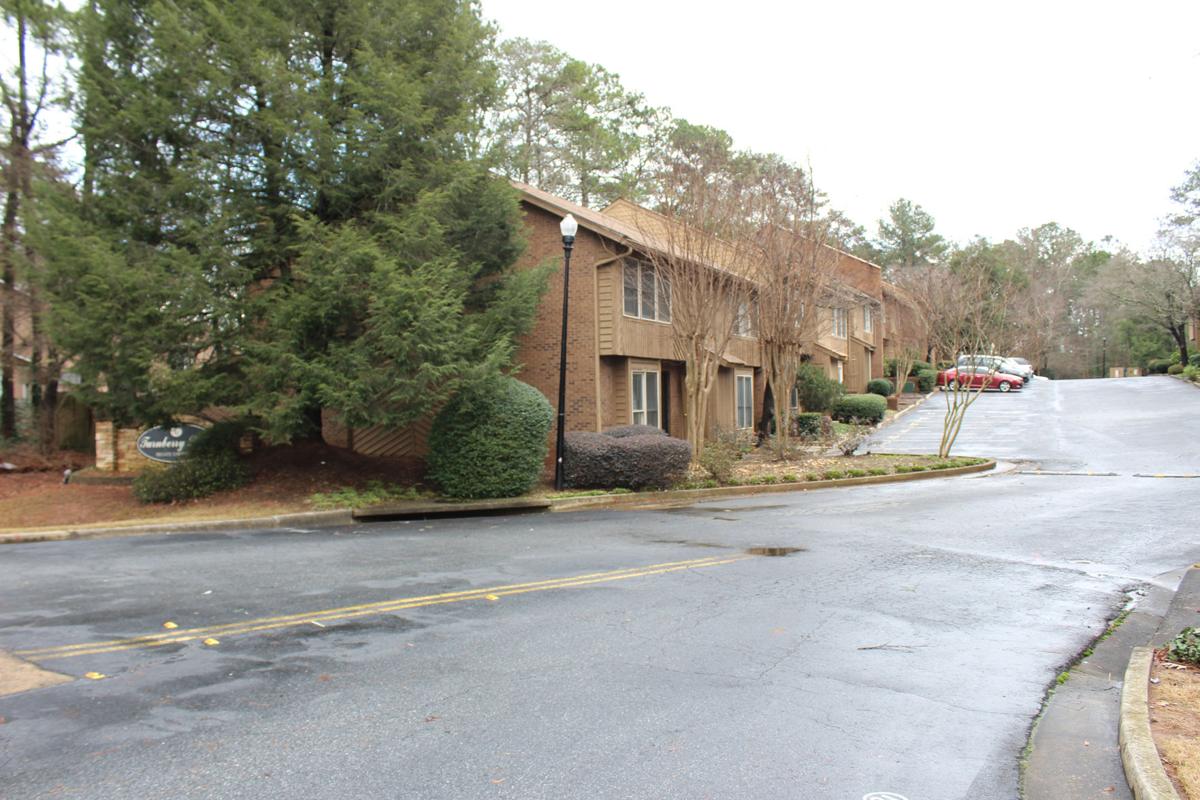 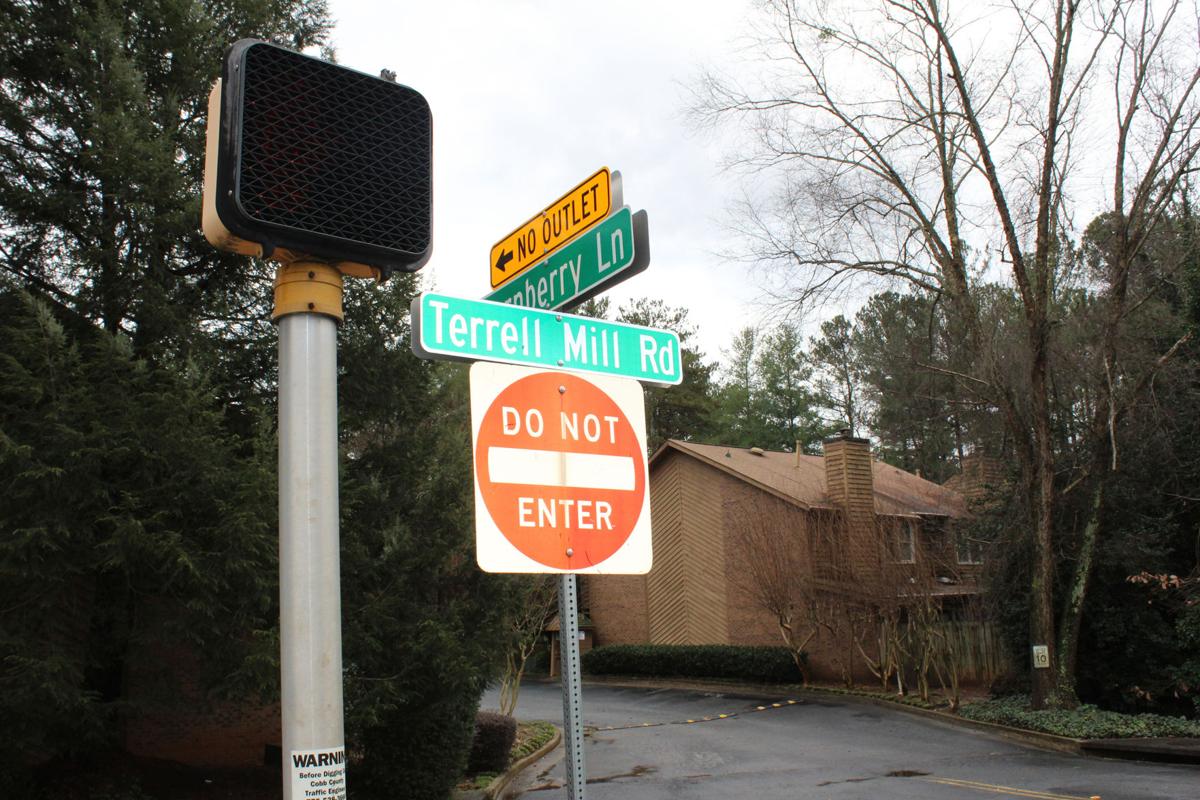 Another four buildings are set to be demolished to make way for the $33.5 million Windy Hill Road/Terrell Mill Road Connector project in east Cobb.

County commissioners approved three agenda items in relation to the new road project at their regular meeting in Marietta on Aug. 27, approving the demolition of four buildings at the Arlington Park at Wildwood apartment complex as well as two change orders for contracted work already done in relation to the project that came in under budget.

Commissioners unanimously approved a $244,800 contract with Excellere Construction LLC to demolish the four apartment complex buildings to make room for the new connector road — a 0.8-mile, four-lane road to relieve traffic along Powers Ferry Road and Interstate 75 between Windy Hill and Terrell Mill roads that has been in the works for years. 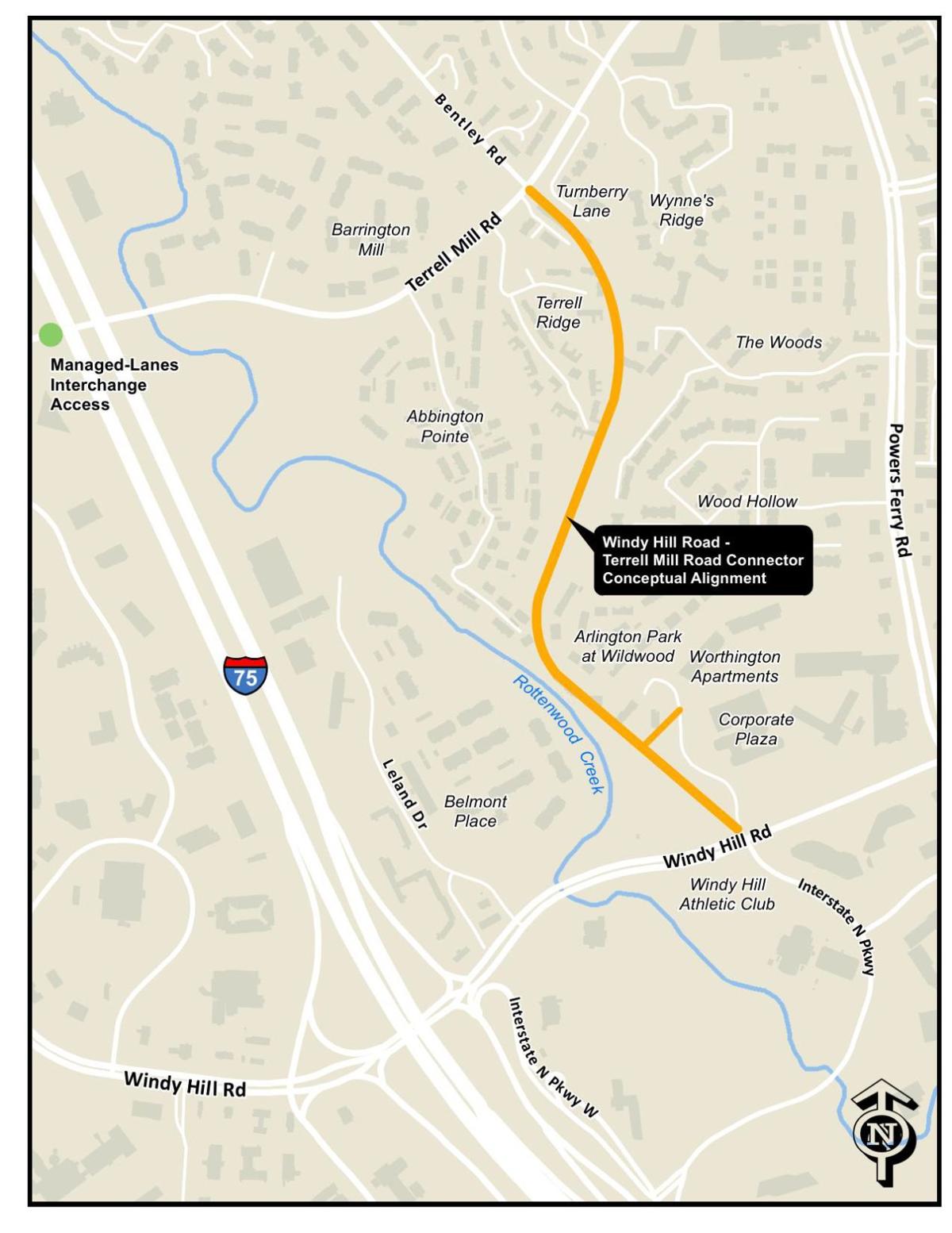 The project will connect Windy Hill Road at Spectrum Circle in the south to Terrell Mill Road at its intersection with Bentley Road to the north, and is being funded using $20 million from Cobb’s 2016 Special Purpose Local Option Sales Tax, as well as nearly $12 million designated by the Georgia Department of Transportation.

“With the addition of a landscaped median, multi-use trail, sidewalk and lighting, the road will be an excellent new travel option that connects to the Bob Callan Trail System and provides a congestion-alleviating alternative access route to the future I-75 Northwest Corridor Express Lanes,” the county government’s website states.

All property for the project has now been acquired by the county, according to Cobb County GDOT Project Manager Karyn Matthews.

She said most demolition is complete, although seven buildings are currently under contract for demolition and awaiting the disconnection of utilities.

To date the county has approved contracts worth over $850,000 specifically for asbestos abatement and removal as well as the demolition of 56 residential properties — six condominiums at The Woods Condominiums, nine buildings at Arlington Park at Wildwood, 27 town homes at Turnberry Lane Townhomes, 12 condos at Terrell Ridge Condominiums and two condos at Forest Ridge Condominiums, county documents show.

Matthews said the project has been advertised for construction with a bidding date of Sept. 26.

“Depending on contracting time with the contractor and GDOT, the construction will begin in late 2019 or January 2020,” she told the MDJ. “We expect it to be complete by the end of summer 2022.”

Last November, Cobb commissioners approved the acquisition and demolitions of seven buildings in the Arlington Park at Wildwood complex at 1970 Kimberly Village Lane, just north of Windy Hill Road and off Spectrum Circle.

At the time, Matthews confirmed another 12 properties were still being “worked on” and four of those were likely to be demolished for the purpose of getting clear title.

“We think we’re going to be able to negotiate with the rest,” she said.

The amount the county paid to acquire land for the road project is confidential although initial estimates were in the $20 million range.

Initially, Cobb Transportation Director Erica Parish said a total of 45 condominium units and eight apartment buildings were needed to build the new road, and since then county staff have helped relocate residents.

County staff said plans for the new road date back to 1985 when it was known as the Leland Drive extension, as previous plans called for a connection from Leland Drive, which is closer to I-75. But that option would have placed the road too close to the Windy Hill Road diverging diamond interchange.

Staff said the new road will provide a closer access point to the managed lane to get to Cumberland businesses, with the new Terrell Mill managed lanes exit the primary exit and entrance to the Cumberland Community Improvement District.

At their Aug. 27 meeting, Cobb commissioners also approved two change orders in relation to the project.

A project designed to alleviate congestion on Cobb Parkway and Windy Hill, Terrell Mill and Powers Ferry roads — some of Cobb’s busiest — is m…

Calhoun City Schools looking to the 'Future of Excellence'

Census Committee working ahead on coming count in county

News and Notes from the Wednesday, January 22, 2020 edition of the Standard Journal