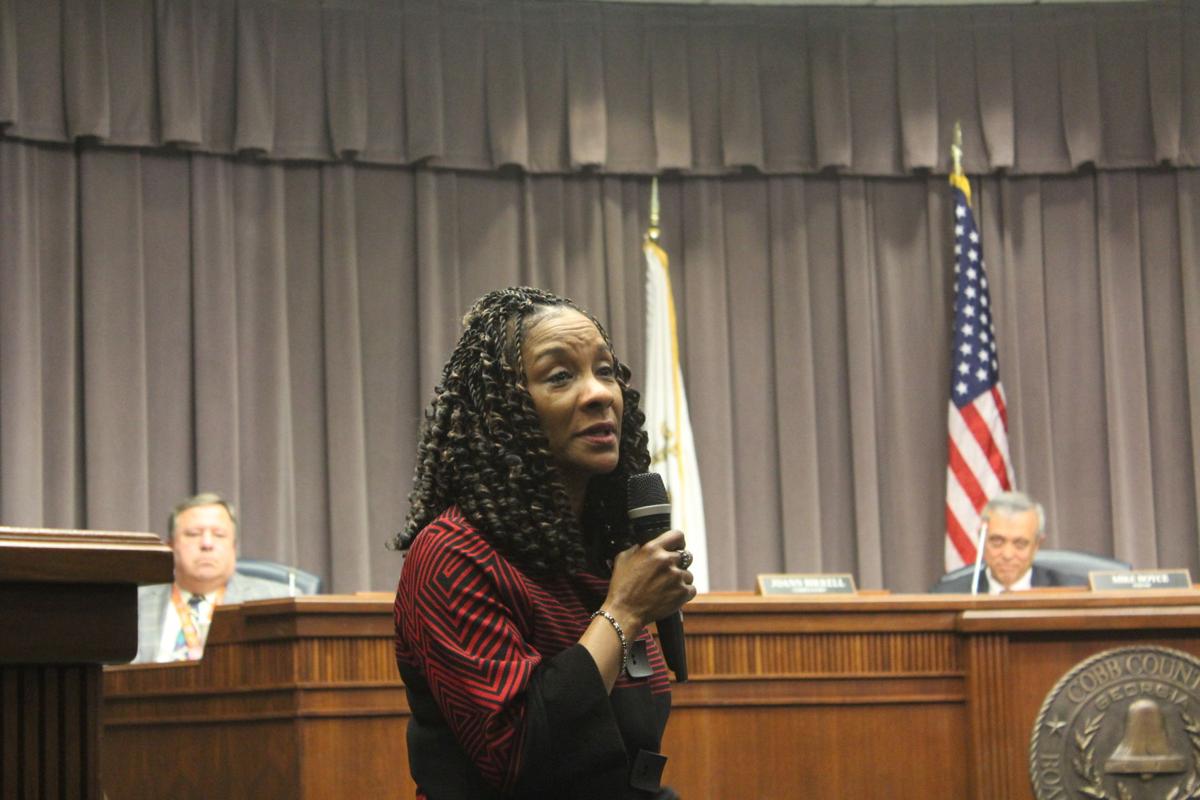 Deputy County Manager Jackie McMorris thanked the county Board of Commissioners and county staff after being promoted to county manager Tuesday night. 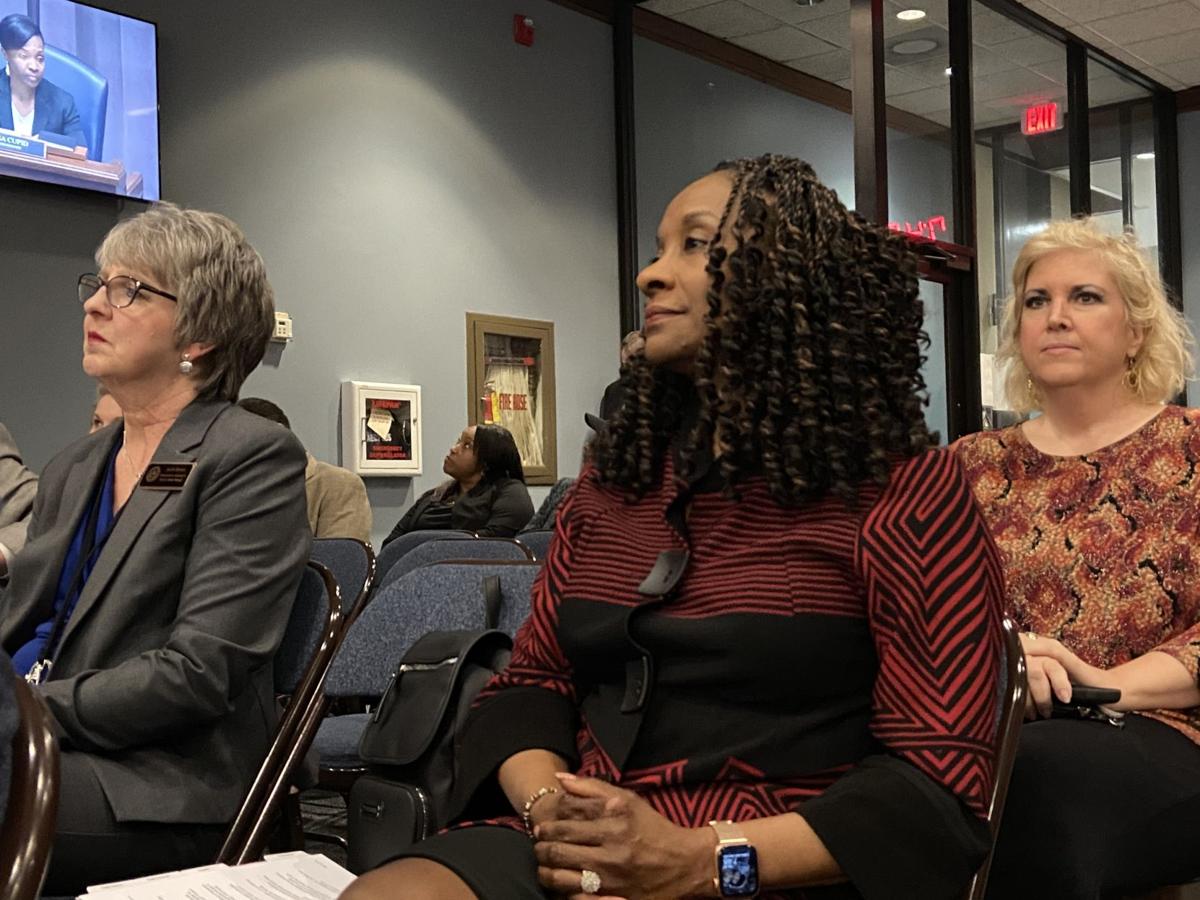 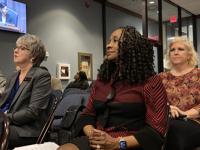 Deputy County Manager Jackie McMorris, center, was promoted to the position of county manager Tuesday night. She will assume the position April 5. 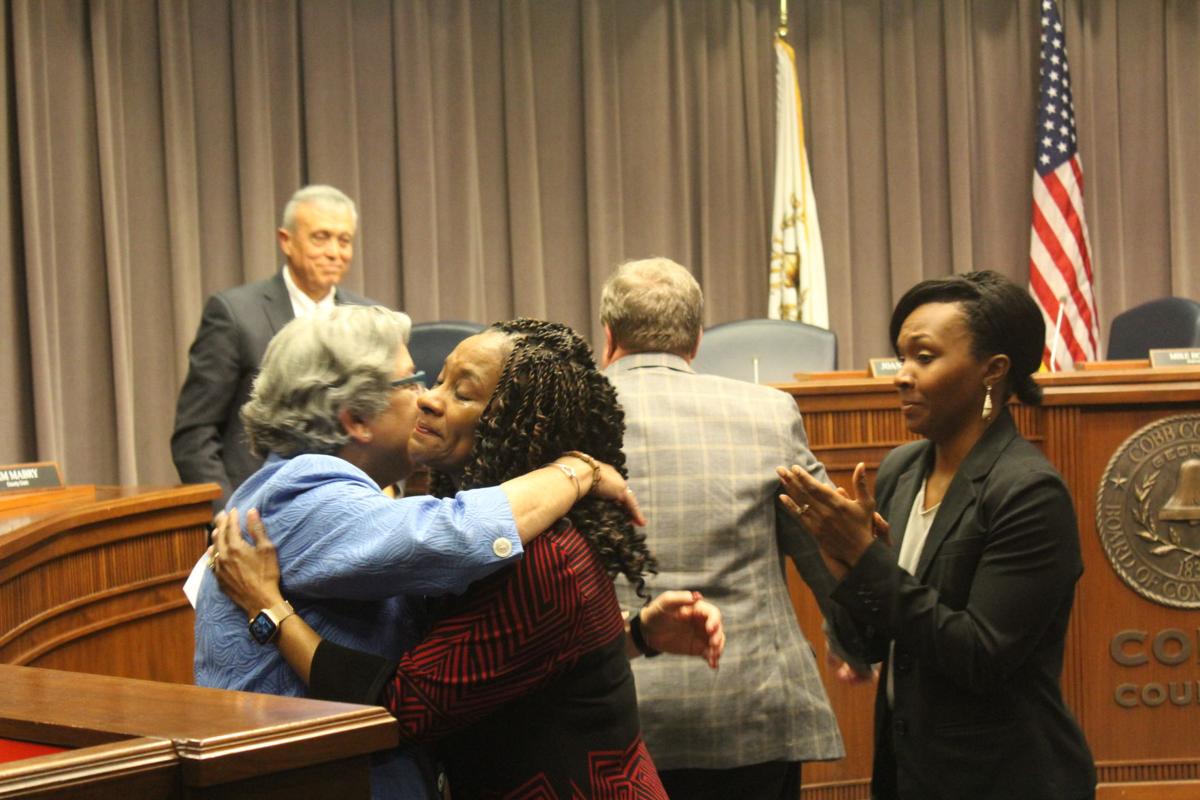 Jackie McMorris hugs County Commissioner JoAnn Birrell after the commissioner voted 4-1 to approve her promotion to the position of county manager.

Deputy County Manager Jackie McMorris thanked the county Board of Commissioners and county staff after being promoted to county manager Tuesday night.

Deputy County Manager Jackie McMorris, center, was promoted to the position of county manager Tuesday night. She will assume the position April 5.

Jackie McMorris hugs County Commissioner JoAnn Birrell after the commissioner voted 4-1 to approve her promotion to the position of county manager.

The county’s governing board approved the promotion of Jackie McMorris to the position Tuesday night. Commissioners voted 4-1, with south Cobb Commissioner Lisa Cupid being the sole vote in opposition.

The position became available when current county manager Rob Hosack announced he would be retiring in April. McMorris, currently the county’s deputy manager, started working for Cobb County in 2013 as the public services director, and became deputy county manager in October 2017, according to the county’s website.

Cupid had previously stated her opposition to McMorris’ hiring, saying the process should have been opened to other candidates.

“I almost feel set up,” Cupid said during a lengthy defense of her vote. She said county Chairman Mike Boyce did not consult the Board of Commissioners before announcing at his State of the County address Jan. 10 that he would ask the board to approve McMorris’ hiring.

Over the weekend, Boyce told the Marietta Daily Journal that the county chairman can select the county manager, whose hiring is subject to board approval.

Cupid acknowledged Boyce had that right.

The south Cobb commissioner went out of her way to stress that she thinks McMorris is fit for the position.

“I think the world of our deputy county manager, Jackie McMorris. I think the absolute world of her,” Cupid said. But, she continued, hiring of high-level employees in county government typically involves discussions among commissioners and the county manager and opening the hiring process to internal or external applicants which employees in human resources then vet.

When it was his turn to speak, east Cobb Commissioner Bob Ott said Cupid was dragging out a non-issue.

“It is not unfair to me,” Ott said sharply. “What is unfair is to drag Dr. McMorris through the mud over a procedural issue.

“Her record, her education, her job performance speak for themselves,” he continued. “You want to talk about the cream floating to the top? She’s the creme de la creme.”

Before the meeting began, Cupid took heat from her own constituents over her opposition to McMorris’ hiring.

“I am astonished by the suggestion that this process lacks transparency or has not been open,” said Sheila Edwards, who is running to succeed Cupid as the commissioner for District 4. Cupid is running for the chairman position.

Edwards echoed comments Ott gave to the Marietta Daily Journal last week, in which he said the deputy county manager position had been created with the understanding it was going to be part of succession planning.

After the vote, commissioners and attendees stood to applaud McMorris, who walked to the front of the room and stood beside the lectern. Emotional, she told the crowd that her husband died six weeks ago.

“I am here for you. All I have to give you is my service, and I thank you. I thank my husband who supported me, who is with me right here, right now,” she said. “All of you, (from) public safety to the person who cleans this building. I love you dearly. Thank you.”

McMorris will assume the position of county manager April 5.

Commissioner Cupid, I agree with you. Chairman Boyce did not handle this very well. He put you in a difficult decision. The position should have been opened up to other applicants and we should have searched outside. That said it doesn't mean Dr, McMorris would not have been the best person for the job. Boyce's claim to be transparent are hollow!

Congrats Commissioner Cupid! What is wrong with a little openness? As I have written, most on the BoC believe that they have the wisdom of Job, so why bother keeping the residents informed about the qualifications of a new County Manager. This is not just another run of the mill county position. To me this job entails more responsibility, or it should, than any one commissioner. We are no longer a government of, by and for the people. Does not our Constitution still start with the words " WE THE PEOPLE"? With that in mind why not make the County Manager an elected position? That should satisfy Commissioner Cupid's concerns and will certainly satisfy mine.