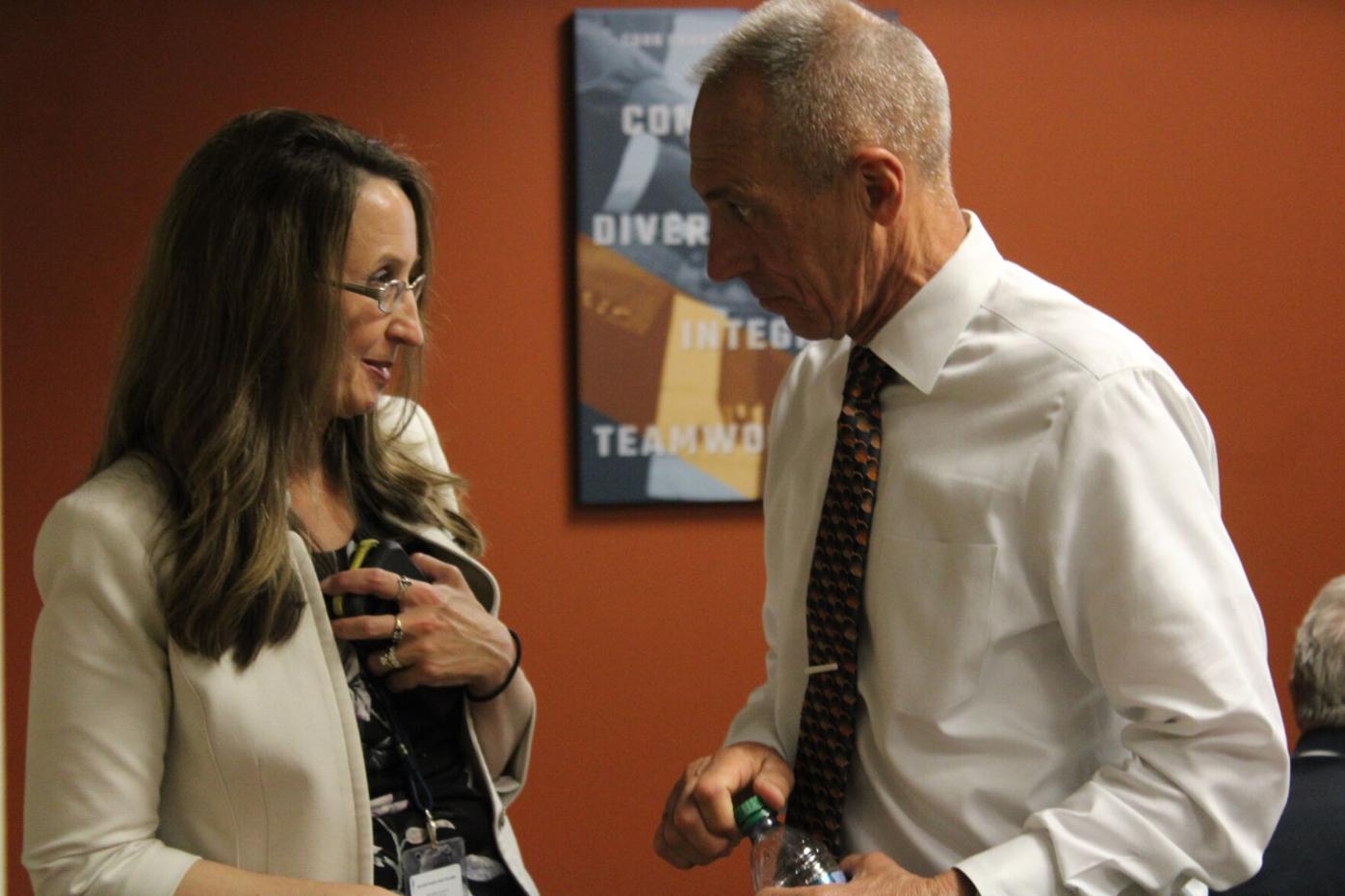 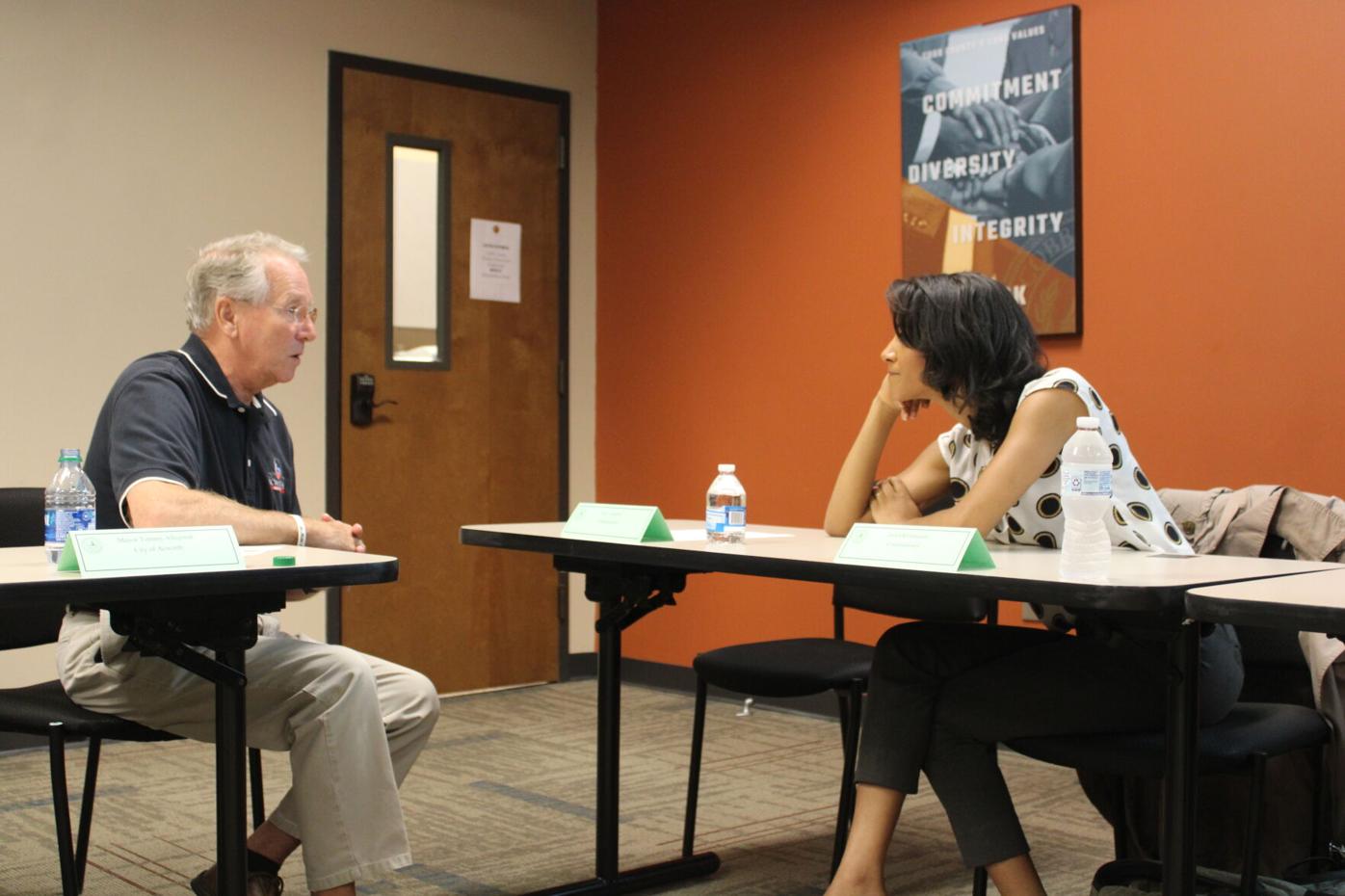 MARIETTA — A summit between Cobb’s commissioners and mayors quickly turned to a discussion of which mayors — and cities — might soon be joining their ranks.

“I’m going to open a can of worms,” Commissioner JoAnn Birrell announced to chuckles. “What’s going to happen with the four cityhoods? … I’d like to hear from the other cities what their take is.”

Acworth City Manager Brian Bulthuis proffered that it was far too early to say how the four proposals circulating around the county — East Cobb, Mableton, Lost Mountain/West Cobb, and Vinings — might impact the other governments.

“If there are four new cities, we’re going to have to look at what—the first thing is, what services they’re providing. So until those things are decided, you know, you can’t even talk about it,” Bulthuis said. “Because, again, the whole thing is service delivery. And if they are, what’s the word, ‘city-lite?’ … I think right now, we all have to wait and see.”

New cities are required to provide at least three services to their residents, ranging from code enforcement, to parks and recreation, to sanitation. All four cityhood movements have named planning and zoning as a service they will take under their control.

Chairwoman Lisa Cupid has, until recently, been hesitant to openly comment on any of the four proposals. At a Cobb Association of Realtors panel last week, she said she found the movements “a little frustrating” as Cobb Countians have historically resisted expanding government but now seem dissatisfied with county government’s level of service.

On Thursday, Cupid, County Manager Jackie McMorris, and Deputy County Manager Jimmy Gisi said they were working toward talks with the state representatives backing Mableton and East Cobb later this summer to try and tackle their concerns.

“If it’s truly about service delivery, then let’s sit around the table and talk about, where are the gaps,” McMorris said, characterizing the talks as “an olive branch.”

“We are working on that now. We’re reaching out to them to say, hey, if there’s anything that you want us to sit down and talk about … we will reach out and coordinate that. That’s about all we can do, is listen,” she added.

McMorris’s invitation, however, stood in contrast to comments from lawmakers who have said service delivery concerns are very much secondary. State Reps. Ed Setzler, R-Acworth, and Ginny Ehrhart, R-west Cobb, the vanguards of the Lost Mountain proposal, have explicitly said local control of zoning is their prime motivation, and interest spiked after Democrats won control of the Board of Commissioners last November.

Cupid went on to acknowledge some of the pushes may be coming from more than a mere desire for improved trash pickup.

“It’s something that I think resonates with a lot of you who are here. There’s a certain level of nostalgia and sense of place that comes from a city,” Cupid said.

Most of the mayors in attendance Tuesday did not speak either for or against any of the movements on the table, though Powder Springs Mayor Al Thurman asked whether the new boundaries could create “islands” of unincorporated Cobb between the cities.

“A lot of our constituents in some cases don’t know whether they’re in the city or the county,” Thurman said. “So I’m just concerned regarding that on these boundary lines.”

Cobb Planning and Economic Development Division Manager Jason Gaines said county staff had already identified some areas of concern where such “islands” were possible, and mitigating those would be a focus of talks between the county and lawmakers.

The meeting was originally called as an annual, legislatively-mandated discussion to address issues of service delivery between jurisdictions. In 2024, the county and its cities will be required to sign off on an updated service delivery agreement.

On another front, Cupid and McMorris extended that same olive branch to the various mayors as the county works through discussions on its Comprehensive Transit Plan and a proposed 1% mobility SPLOST, to be voted on in 2022. The Board of Commissioners is scheduled to hold a work session on June 22 regarding initial public input for the transit plan, and McMorris encouraged mayors to join that process.

Lets start with East Cobb where you are rushing thru the Sprayberry plan that will make traffic more dangerous and worse. And the plan in no way meets the code requirements or intent. Even the planning commission wasn't in favor. But word is you are pushing it through anyway.