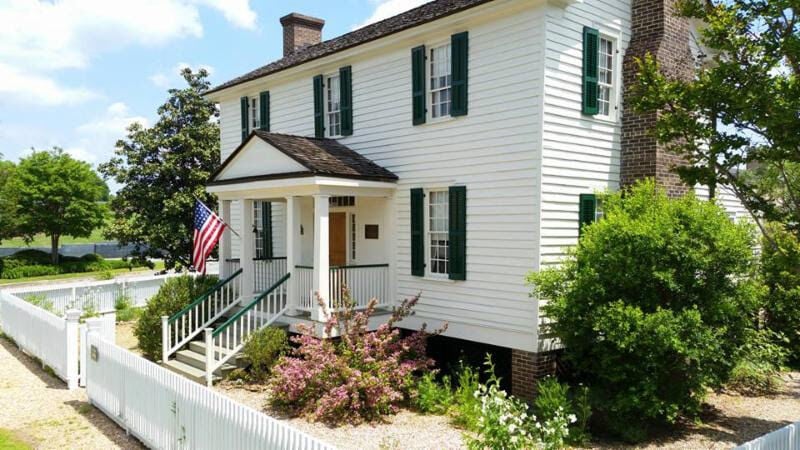 The William Root House was built circa 1845 for Hannah and William Root, early settlers of Marietta.

MARIETTA — To celebrate the 175th “birthday” of the William Root House, Cobb Landmarks has compiled a birthday wishlist. Gifts, including replacement shutters, security cameras, exhibit panels and more, will give the Root House the upgrades and repairs needed for a clean bill of health.

The William Root House was built circa 1845 for Hannah and William Root, early settlers of Marietta. William was one of Marietta’s first merchants. Born in Philadelphia in 1815, William moved to Marietta in August 1839 to open a drug/mercantile store. William married Hannah Rhemer Simpson in 1840, and in 1844 the couple purchased a lot for their house on the corner of Church and Lemon Streets. The house belonged to the Root family from 1845 to 1886.

By the late 1980s, the Root house had fallen into disrepair and was slated for demolition. After the house was formally documented as one of Marietta’s oldest buildings, preservation efforts began, and in 1989, Cobb Landmarks & Historical Society acquired the house from Margaret and William E. Bullard and moved it to its present location. After being moved, the exterior of the house was restored to its c. 1845 appearance through architectural analysis.

Today, the home is operated as a historic house museum and offers an in-depth look at daily life in antebellum Marietta.

AROUND TOWN: Debates, endorsements and betting the Christmas ham

Hundreds of thousands still without power in Sally cleanup

Georgia man says he couldn't breathe during arrest on video

Canton approves use of golf carts in neighborhoods where requested