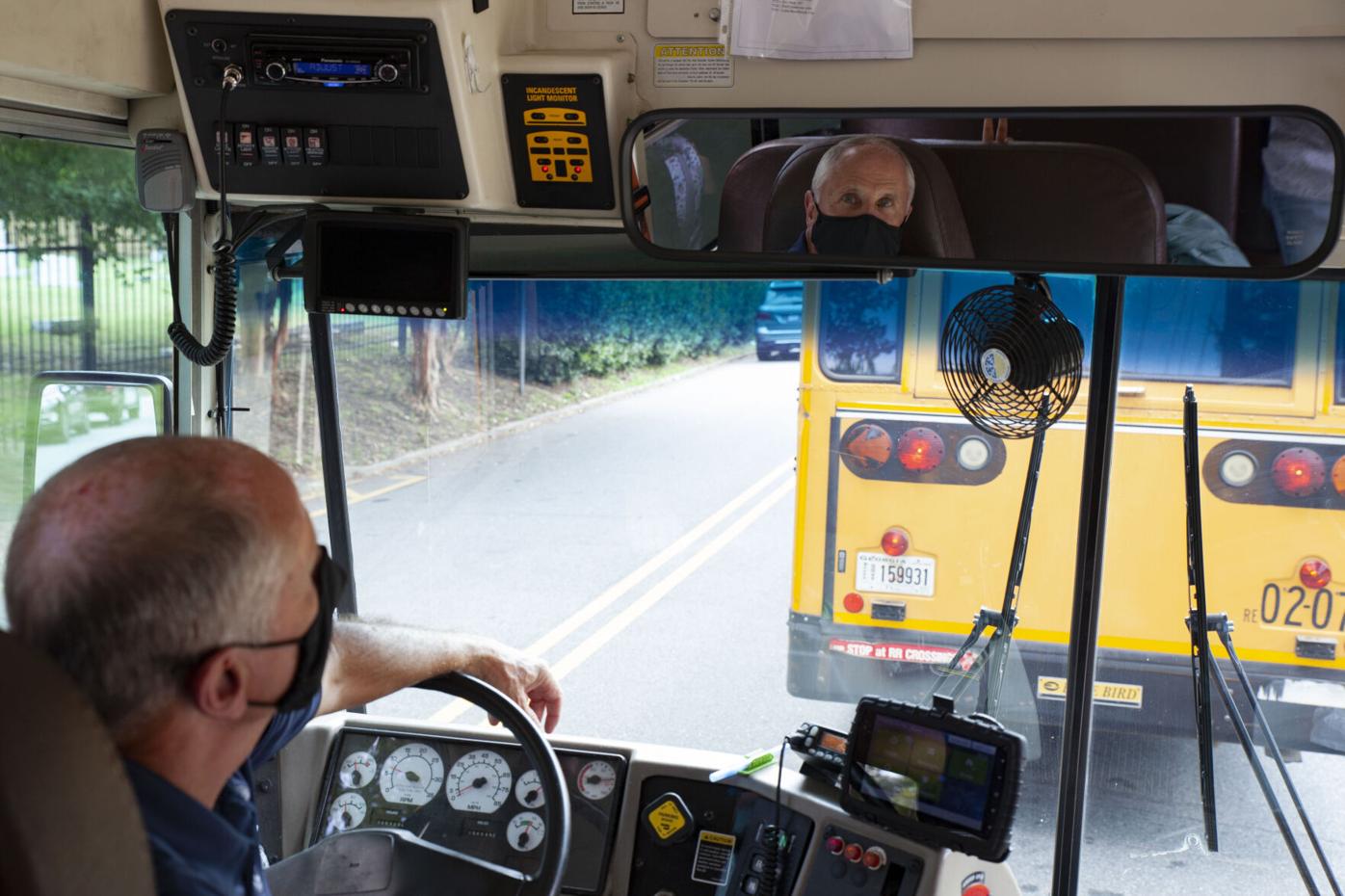 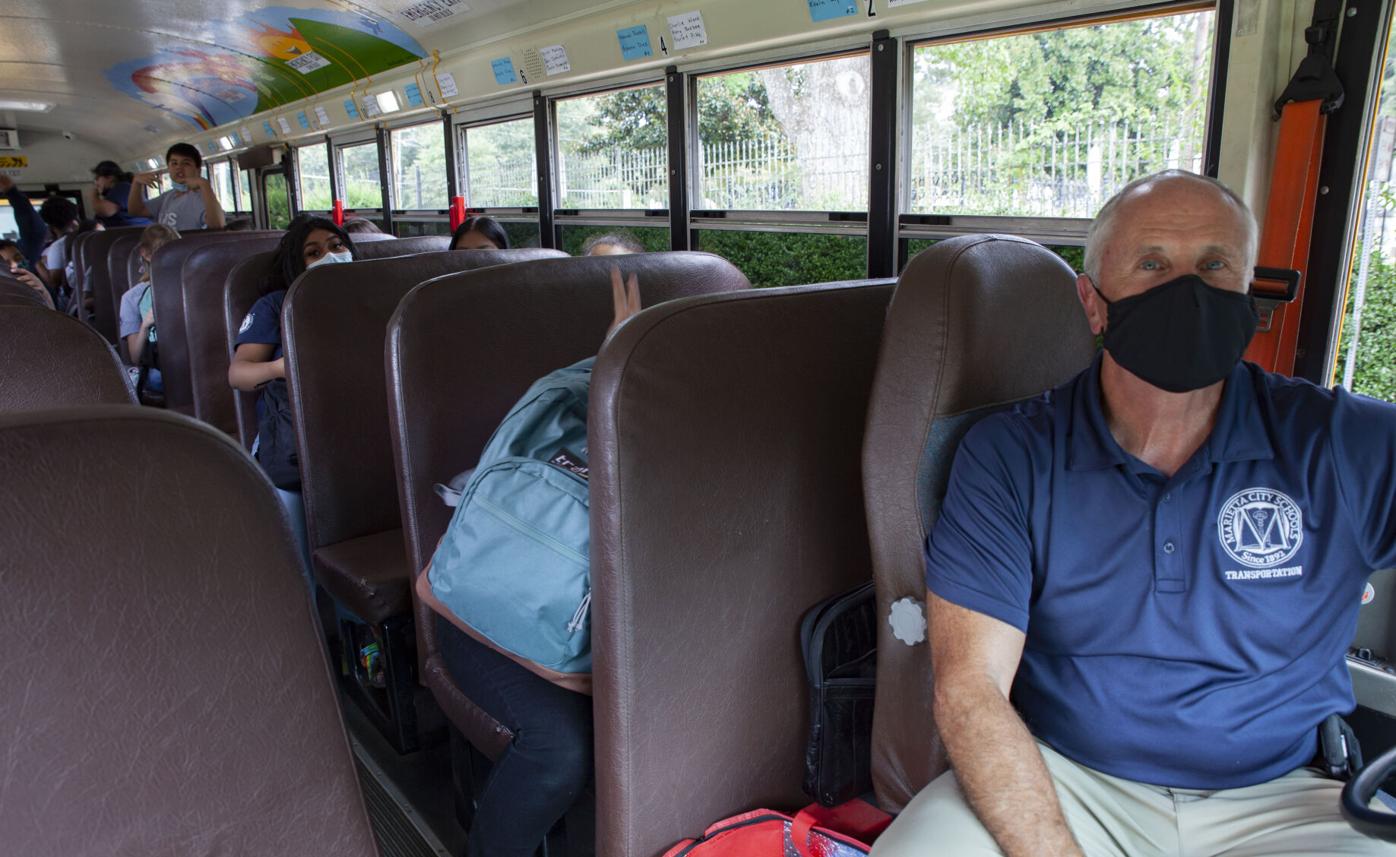 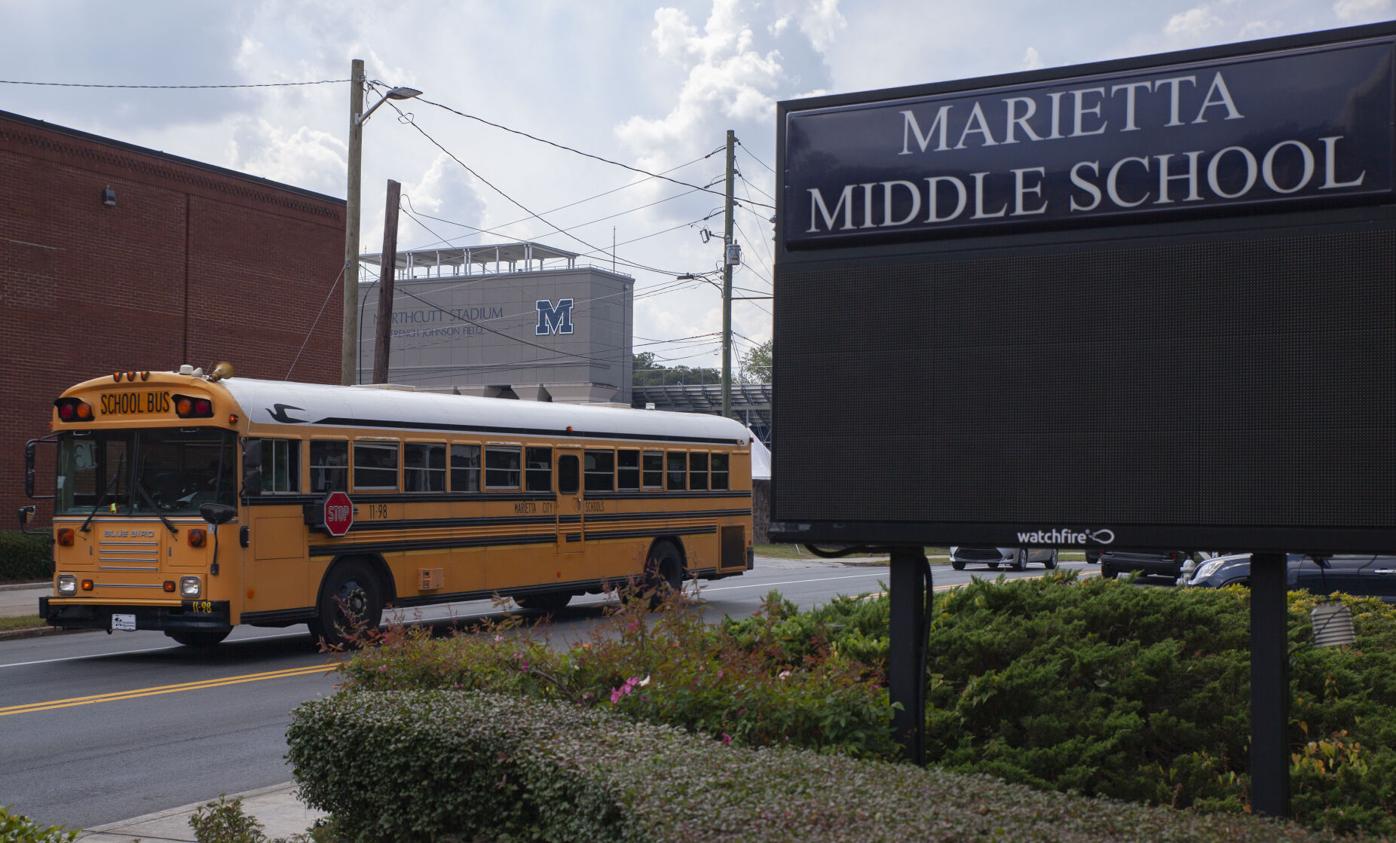 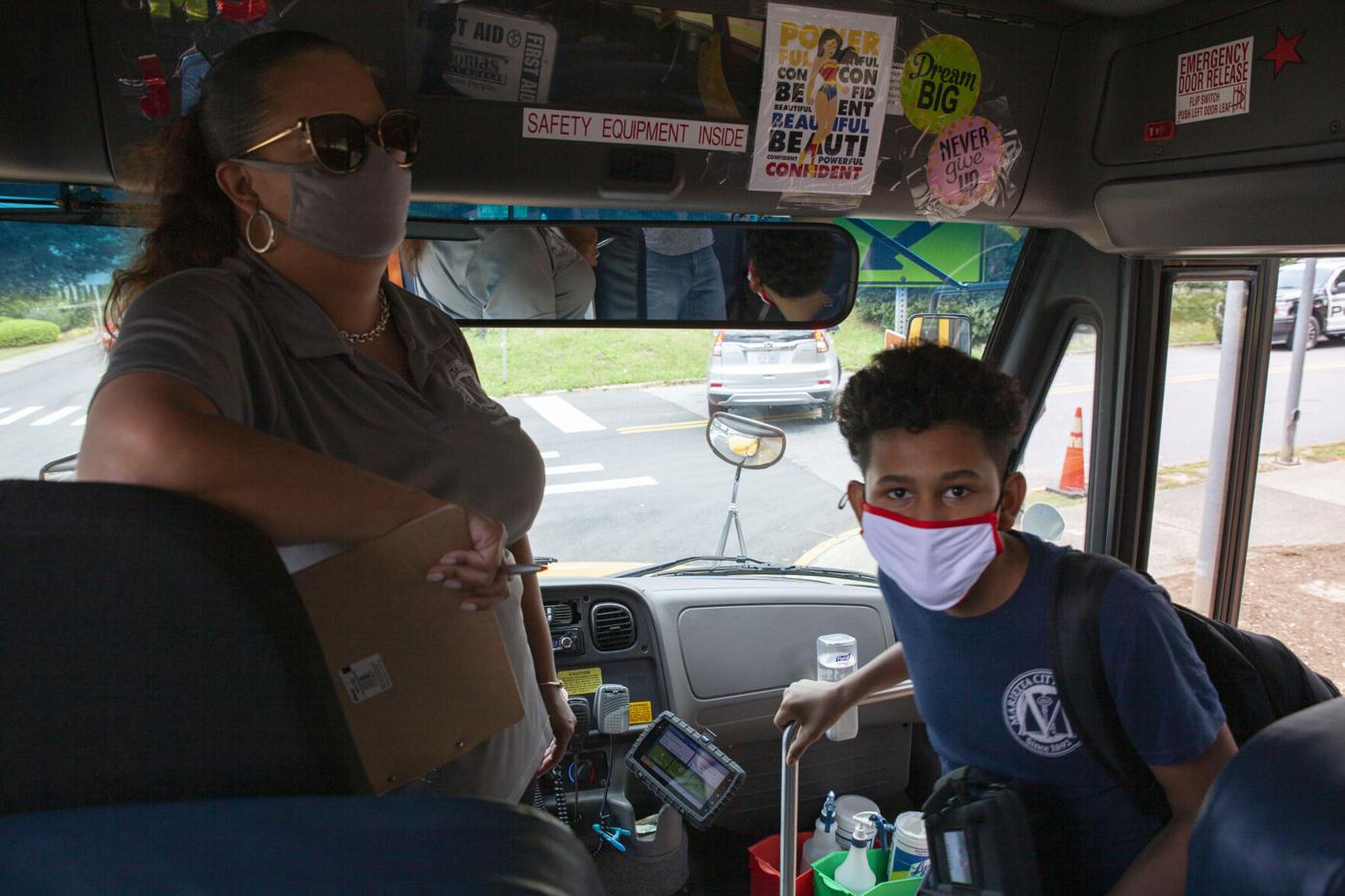 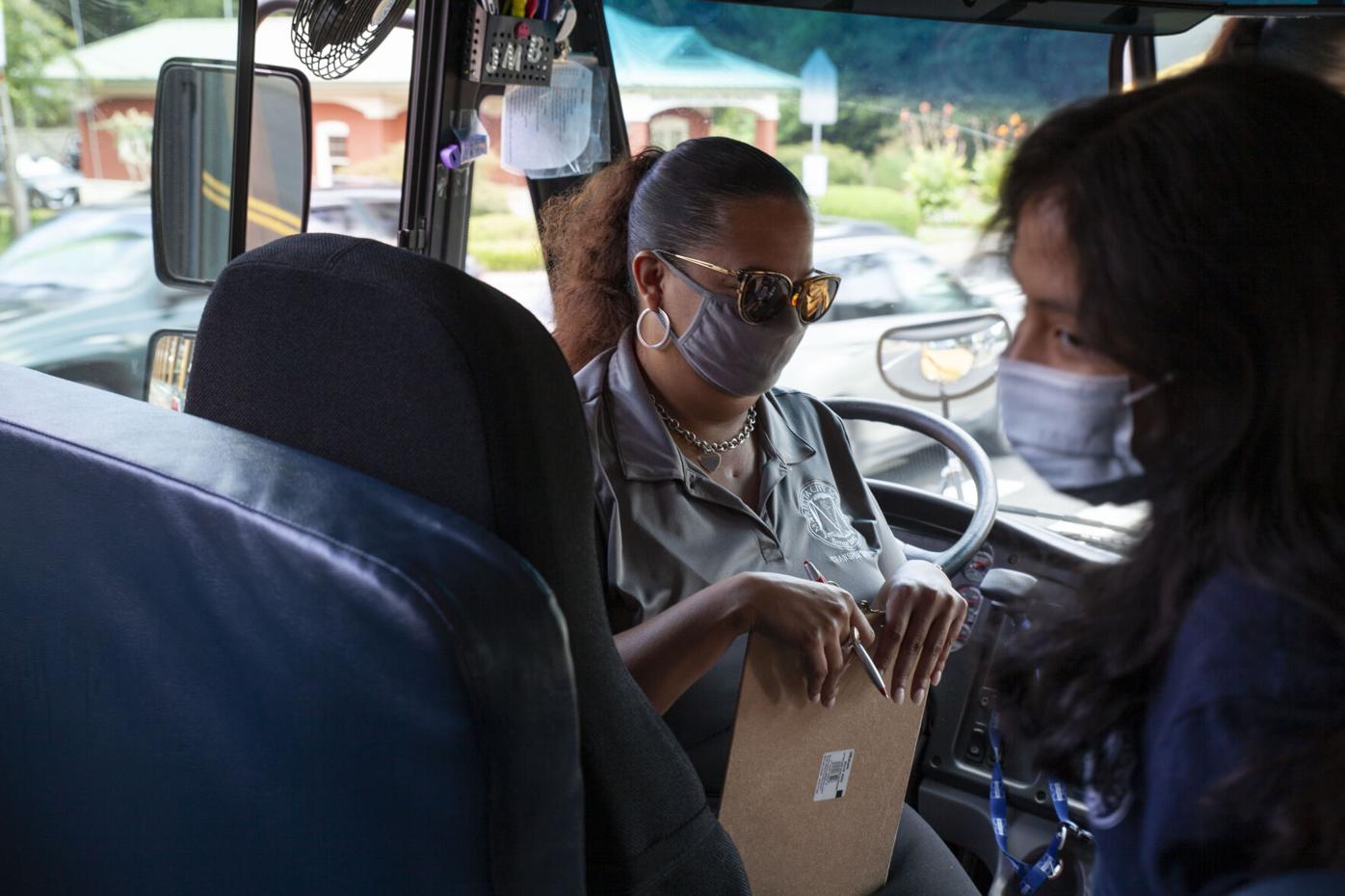 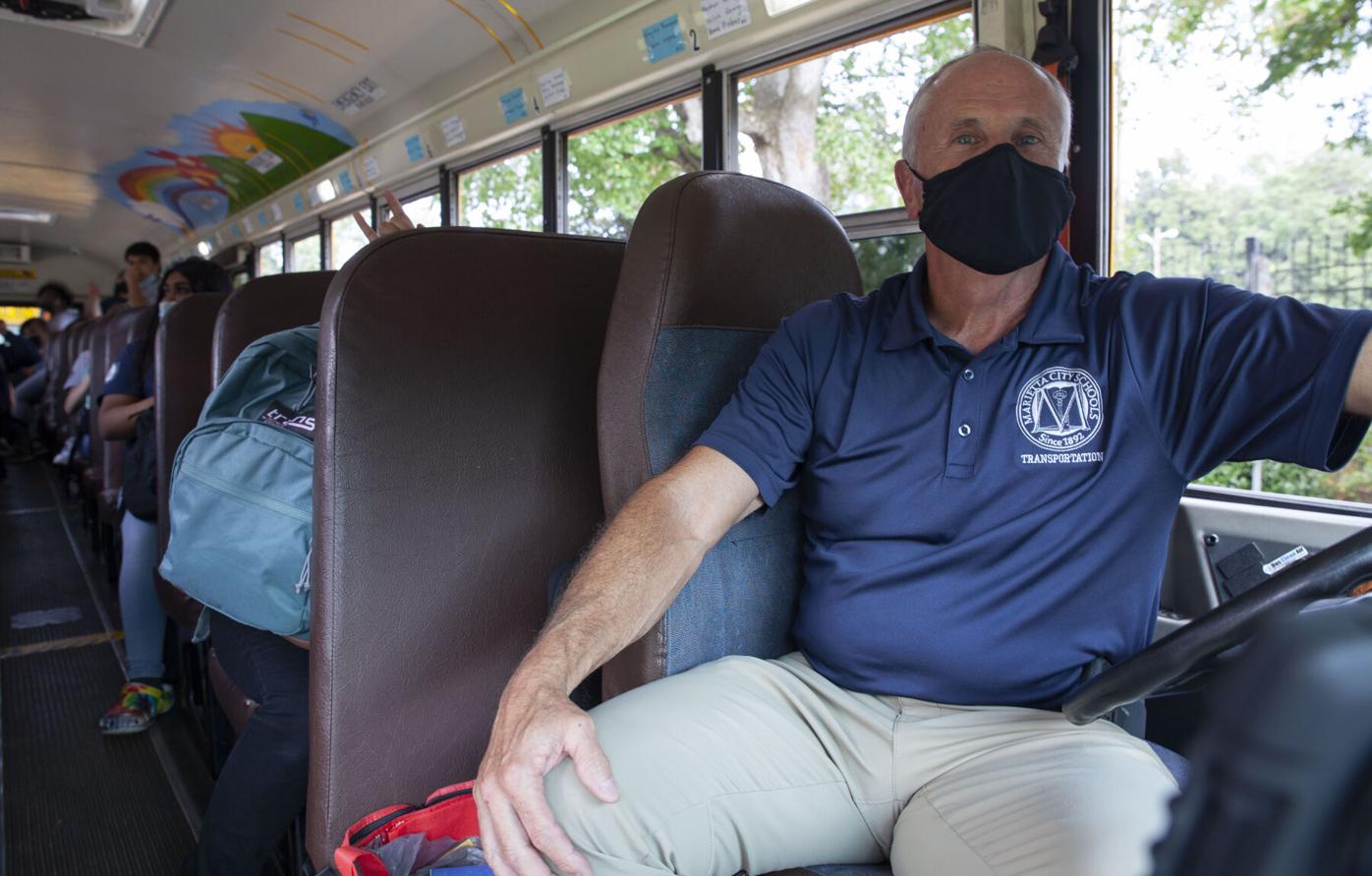 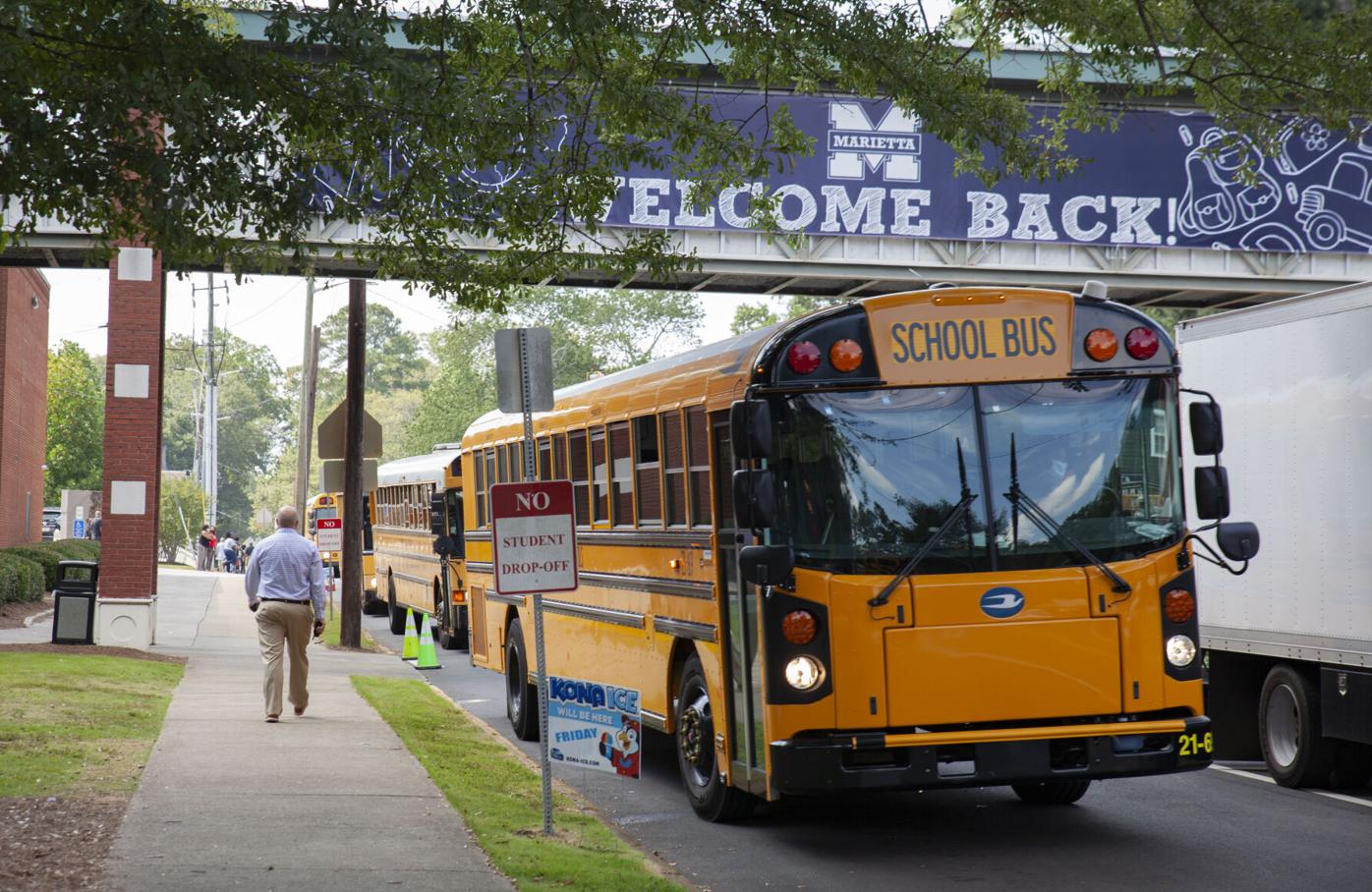 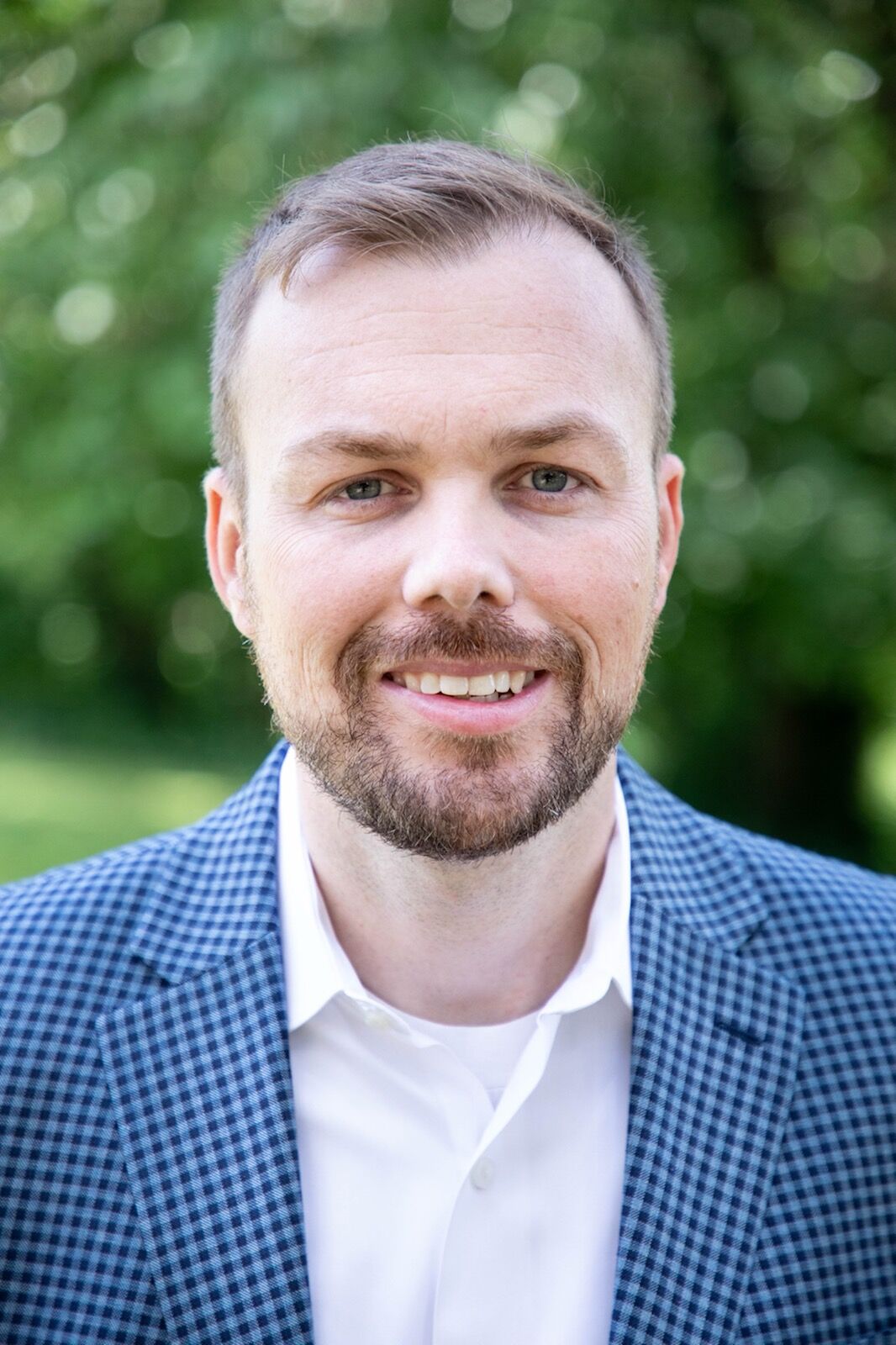 +8
+8
Get Cobb County news and local guidance about the coronavirus outbreak.

Bus drivers and monitors for Marietta City Schools will see a pay bump and bonus checks, after the school board OK'd the recommendation from Superintendent Grant Rivera Tuesday.

A bus monitor works on a school bus helping children on and off the bus, supervising them during the ride.

Rivera has also recommended the extension of a virtual school option for elementary students through the end of the semester.

The Marietta school board unanimously approved on Tuesday a 5.1% pay increase and $1,000 bonus for drivers and monitors. The raise brings the starting bus driver pay to $19 per hour, and experienced driver pay up to $26.90 per hour, the district said.

The bonus will be split into two $500 checks. Drivers and monitors will receive one in December and another in May.

The superintendent said the move is necessary for attraction and retention of bus drivers, which the agenda item says “is critical to the stability of school operations in the midst of a nationwide driver shortage.”

Rivera told the MDJ his district has been lucky enough to avoid the shortages elsewhere, including in Cobb Schools. Cobb Schools Superintendent Chris Ragsdale announced a $1,200 “retention bonus” for bus drivers and monitors in that district last month.

Rivera said the raises and bonuses for Marietta drivers and monitors will serve as both a “thank you” and retention effort.

“Our bus drivers have been exceptionally loyal to Marietta and have shown up every morning and every afternoon to make sure our kids get from school to home safely,” he said. “We want to remind our people how valuable they are to the district and to our families.”

The pay increase is expected to cost the district $88,000 per year, and the bonus will be a one-time cost of $86,000. Marietta Schools Chief Operations Officer Chuck Gardner said the district wanted to show it was willing to make an ongoing investment in a raise, rather than only a bonus.

Marietta school board Chair Angela Orange agreed with Rivera on the importance of keeping and being competitive in hiring “safe, competent and capable” bus drivers amid a widespread shortage.

Rivera is also recommending the district continue its virtual offerings for grades 1-5 through the end of the fall semester. The school board previously approved the virtual school program for the first nine weeks of the school year for students in those grades, and Rivera said more data will be collected and a recommendation brought forward in coming months to determine whether the program will be offered again next semester.

No kindergarten families had asked for the virtual option when it was in planning, he said.

The district’s total enrollment in virtual class this semester, for grades 1-12, is 368 students. The board approved a virtual offering for grades 6-12 for the entire semester, and Rivera said that offering will be reevaluated at the end of the semester as well.

In other business, the school board is expected to discuss:

♦ Purchase of up to $784,000 worth of Chromebook laptops and logistical services from Trafera, LLC for the 2021-22 school year;

♦ Purchase of $23,770 worth of licenses for supplemental math and reading programs from Educational Learning Systems for Marietta Sixth Grade Academy;

♦ Contracting for $38,800 with a retired community strategist to increase graduation rates in the district; and

♦ Approval of Mitchell Metals for the installation of a canopy over a new sidewalk at Marietta Middle School at a cost of $16,248.

Tuesday’s 6 p.m. meeting at the district central office, 250 Howard St., Marietta, was a work session for board discussion.

The board’s regular voting session, where most items are voted on, is scheduled for 6 p.m. on Tuesday, Sept. 21.

Sep. 13—The Cobb school board's monthly meetings, previously scheduled for Thursday, will take place on Sept. 23 instead, the school district announced Monday. The afternoon work session will begin at 2:30 p.m., and the regular meeting will begin at 7 p.m. The district also said only a special-called meeting will be held on Thursday at 2:30 p.m. solely for an executive session to hear "a ...

Critical race theory has made headlines and sparked division in communities nationwide over the past year, and local governments are among tho…