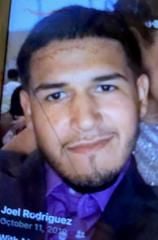 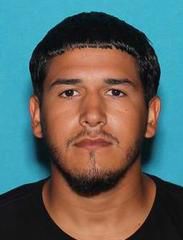 Marietta police are asking for help finding someone they believe was involved in a stabbing at a North Fairground Street apartment complex.

Shortly after 4 a.m. Thursday, officers found a woman at 510 N. Fairground St. with seven separate stab wounds to her head, neck and arms, according to a news release.

The suspect, 25-year-old Joel Medina of Pennsylvania, had recently moved in with the woman, police say.

Police believe Medina took her wallet and fled in her car, which was later found at a gas station with two handguns and a bag of methamphetamine inside, per the release.

He is believed to be armed and dangerous.

And they want to defund the police. Unbelievable

"They" want to defund the police so the police have to stick with tasks like finding this guy instead of going on fishing expeditions initiated by pretext stops in the hopes of finding the bag of weed they "know" is there. If cops were not so busy hassling the pours about every little thing, and not so busy checking on every manority walking to the bus but through a Trump-scared white lady's neighborhood, they would have more time for actual crimes like this stabbing and eluding. That said, I don't think nobody has talked about defunding Marietta police specifically. The Marietta police seem like role models for how police ought to do within the community they are supposed to serve and protect. Marietta police DO "serve and protect." If you are in unincorporated Cobb, though, you should be bigly concerned over the police because many City of Atlanta police are fleeing City of Atlanta and are applying for jobs with Cobb PD. These are the cops that shoot somebody running away with a discharged, useless taser only because they are mad they got whooped. These are the cops that hassle harmless college kids in their car and then drag them out with a tasering because these cops are either too dang lazy to put in the effirt required to pull a tiny girl out the car, or they were simply not physically able to pull a tiny girl out the car without using a taser on her due to, say, too many doughnuts and not enough time at the gym, or most likely, seeing as how they were multiple large dudes who were so much bigger than her that their personal levels of fetniss were not relevant, they tasered her just for good measure, just to show her they are her boss, they are in charge, they are the plantation 0wner. Yes, those guys are coming HERE. "Protecting" you. "Protecting" me. Cobb PD says they need more officers, but let us all hope and pray they don't need more officers badly enough to bring on the City of Atlanta officers who feel like their personal methods of policing require them to run from accountability.