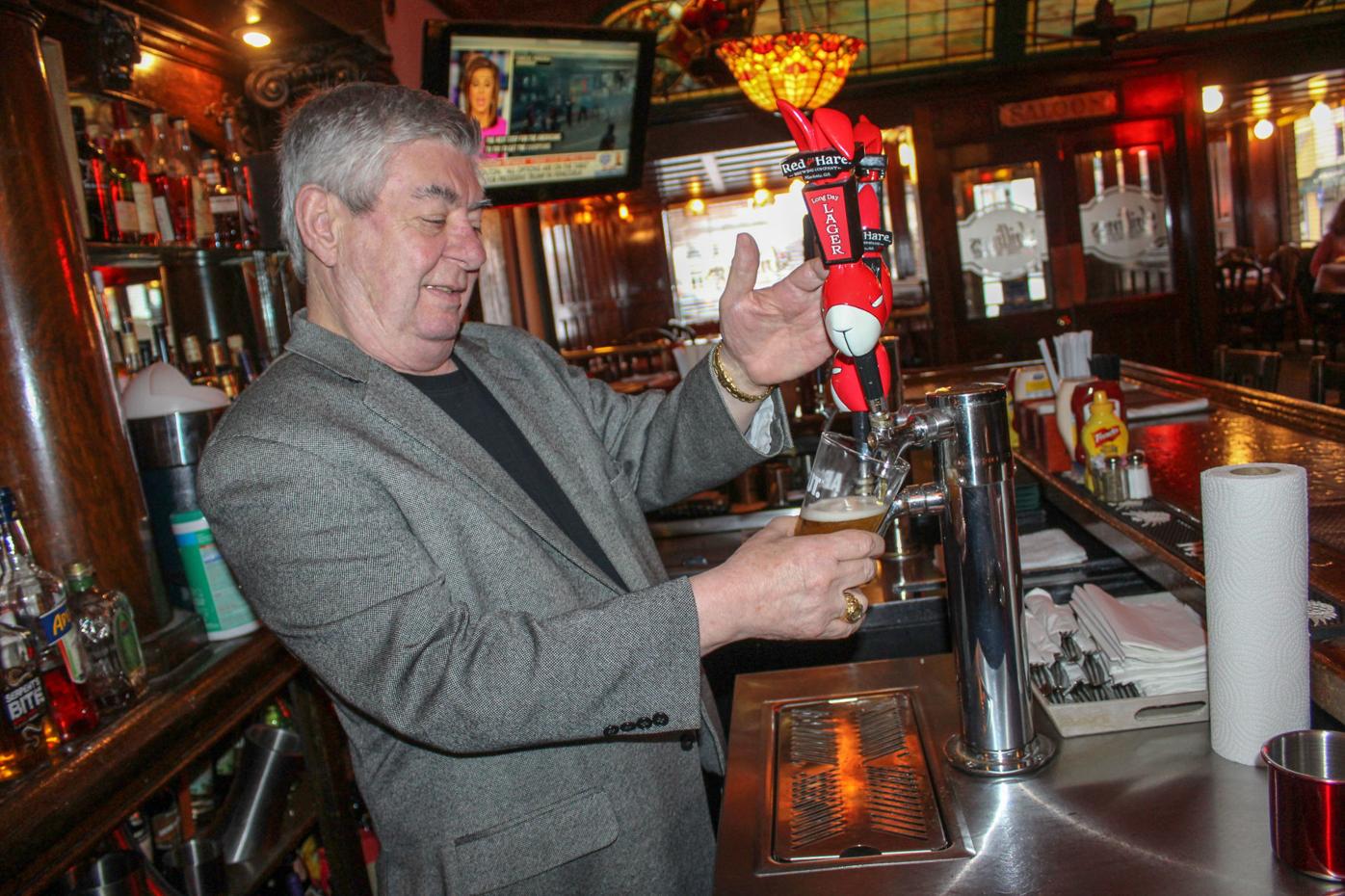 Dave Reardon, owner of Shillings on the Square, pours a Long Day Lager at his bar in January 2019. 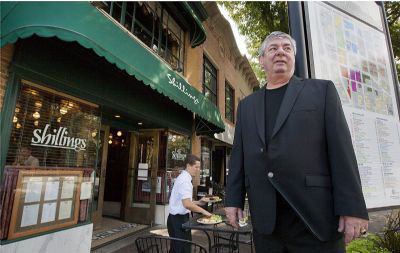 Dave Reardon, owner of Shillings on the Square, outside his restaurant in July 2013.

Dave Reardon, owner of Shillings on the Square, pours a Long Day Lager at his bar in January 2019.

Dave Reardon, owner of Shillings on the Square, outside his restaurant in July 2013.

Marietta is mourning the death of Dave Reardon, whose bar and restaurant, Shillings on the Square, was a Marietta Square staple for more than four decades.

Reardon’s niece, Tara Reardon, confirmed his death. He died early Saturday morning, peacefully at home, of natural causes. He was 75. Reardon is survived by his wife Carol.

Reardon opened Shillings in 1978, operating it until he sold the business in 2019. In its long tenure, Shillings played host to countless dinners, business lunches, wakes and wedding receptions. Some have compared Shillings to the eponymous bar in the TV show “Cheers.”

Tara Reardon said she and her brother Jeff were like children to Dave, who had no children of his own.

“He was the best uncle you could ask for,” she said. “He was the life of the party and always had a smile on his face and loved people.”

Reardon was described as a friend to all, a public servant and a keen businessman in interviews.

Johnny Fulmer, owner of Church Street Market/The Keeping Room, said Reardon was at Shillings every day. Reardon, Fulmer said, will be remembered not just for his business but for his public service. The two served together on the Downtown Marietta Development Authority, working to promote the redevelopment of downtown.

Former Marietta Councilman Philip Goldstein, who owns the building Shillings once occupied, said Reardon was not just a fixture but also a “cheerleader for downtown Marietta.” Shillings had “a substantial impact moving downtown in the right direction,” he added.

Before Shillings opened, Marietta Square was mostly known for pharmacies and hardware stores, Mayor Steve Tumlin told the MDJ. Reardon was on the forefront of the Square’s transformation into a dining and nightlife destination.

Before it was Shillings on the Square, the building was Schilling’s Hardware. Upon closing the hardware business, the Schilling family didn’t want their name associated with alcohol, so the spelling was tweaked, according to a 2020 MDJ article.

The restaurant resembled an English pub and featured a long bar of solid oak at which patrons sat and shared toasts. Also on offer were standard bar fare and fine foods.

Those who knew him described Reardon as a true host, mingling with customers, making friends with regulars and ensuring they enjoyed their visit. His leadership and kindness also garnered loyalty from the restaurant staff, Goldstein said, calling Reardon “an all-around good guy.”

“He really cared about people,” Goldstein said. “He had folks that worked at the restaurant for a long time, and he was very much a people person.”

Tara Reardon said many of her friends of 30-plus years are people she met at Shillings. A longtime employee herself, Tara Reardon remains friends with former bartenders and waitresses.

The space is now occupied by Mac’s Chophouse, which announced on Monday the news of Reardon’s death on Facebook.

Tara Reardon fondly remembers Shillings being packed on its final night and prides herself on the fact that it was a landmark for locals giving people directions.

“As much as the Square changed over the years, that Shillings, and Shillings awning, was always there,” she said.

The Butcher The Baker is leaving Marietta Square, setting up Mac's Chophouse expansion

MARIETTA — The Butcher The Baker, a locally-owned, farm-to-table, seasonal Southern restaurant, will serve its last customers at its Marietta …

Hamp and Harry's — with craft cocktails, lunch and dinner — to replace The Bramble on the Square

A cruise ship on land: The new normal in senior living means pulling out all the stops