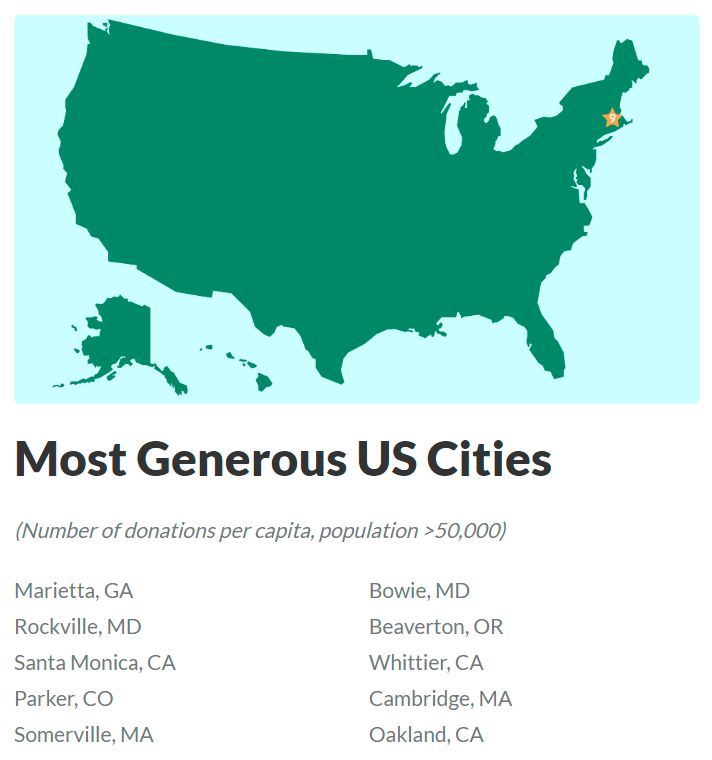 This graphic is from GoFundMe's 2019 Year in Giving report, showing Marietta is the most generous city in the country. 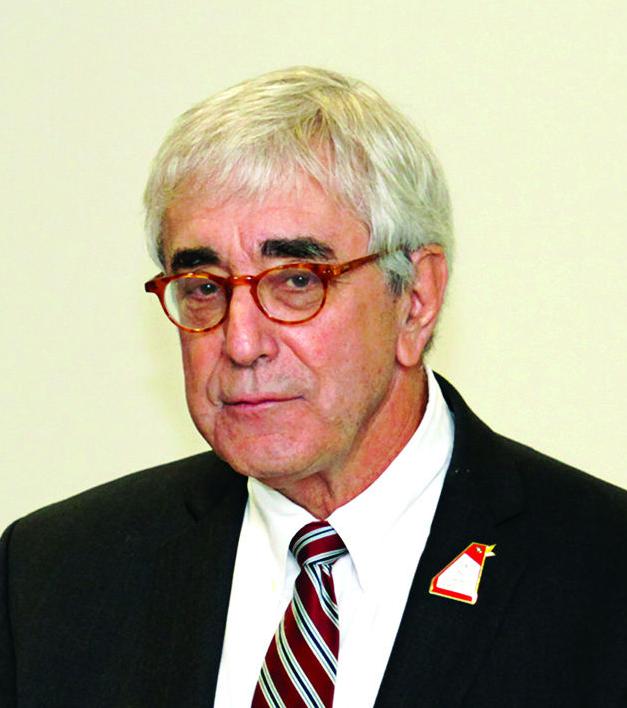 GoFundMe, a global crowdfunding organization, announced its top 10 fundraising countries, states and cities this week in its 2019 Year in Giving report.

Marietta made more donations per capita than any other city in the country with a population over 50,000, the report shows, despite the fact that Georgia didn’t even make the top 10 most generous states.

“I’m very proud that we are a city with a heart,” Marietta Mayor Steve Tumlin told the MDJ on Wednesday. “But I’m not surprised because you see it every day in our churches, in our civic organizations. It’s very consistent with what I see.”

Tumlin hadn’t been told of the award before media alerted him, and said he might reach out to GoFundMe in regards to Marietta’s new most charitable status.

“Things that are unsolicited that somebody calculated independently makes it even more credible,” he said. “We didn’t fill out a form. It sounds like just pure facts.”

Tumlin puts the result down to Marietta’s “strong sense of community.”

GoFundMe allows people to create a personal fundraiser within its online platform that anyone can donate any amount of money to, anonymously or otherwise.

In 2019 the most prolific donor made 293 donations to 234 fundraisers, GoFundMe said.

It found that the U.S. is the second most generous country it operates in, behind Ireland in the top spot and ahead of Australia in third place.

As part of its report, GoFundMe announced that people have used the online platform to donate more than $9 billion in over 120 million transactions since its inception in 2010.

“Marietta earned its place at the top of GoFundMe’s list because people came together and took action to make a difference in their community,” a news release from GoFundMe stated.

Rob Solomon, GoFundMe CEO, stated in the report that the organization is committed to spreading compassion and empathy, for which it needs help from community members “who share this vision of positive change.”

“This holiday season, we hope you are motivated by the power of kindness and inspired to lend a hand to those in need,” Solomon stated in the report. “Together, we can bring more good into the world and unlock the power of global giving. We are grateful that we get to empower others to make a lasting difference.”

A Friday afternoon of drug dealing outside a Marietta barbershop has led to a man’s arrest, police say.

Victory for MUST Ministries in homeless shelter expansion

Arrest records from the Wednesday, Feb. 19, edition of the Calhoun Times