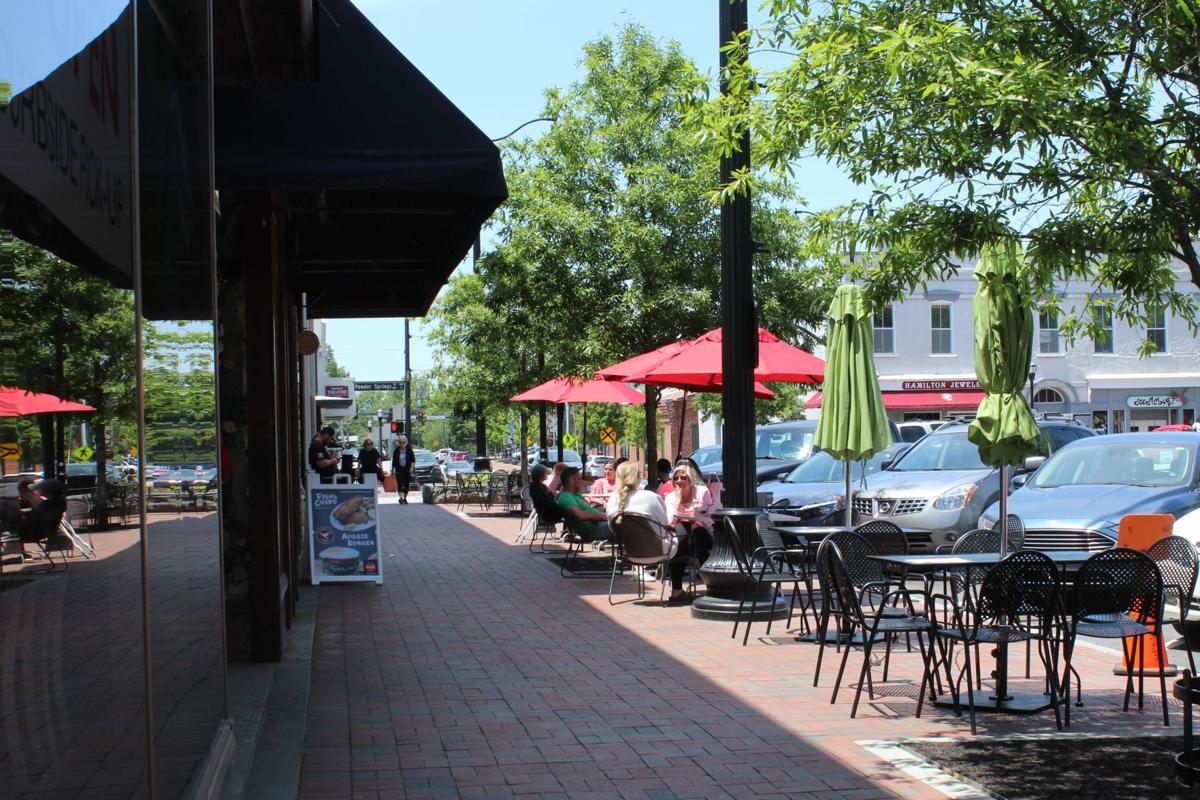 Diners eat lunch and talk to friends and family at outdoor tables on Marietta Square. 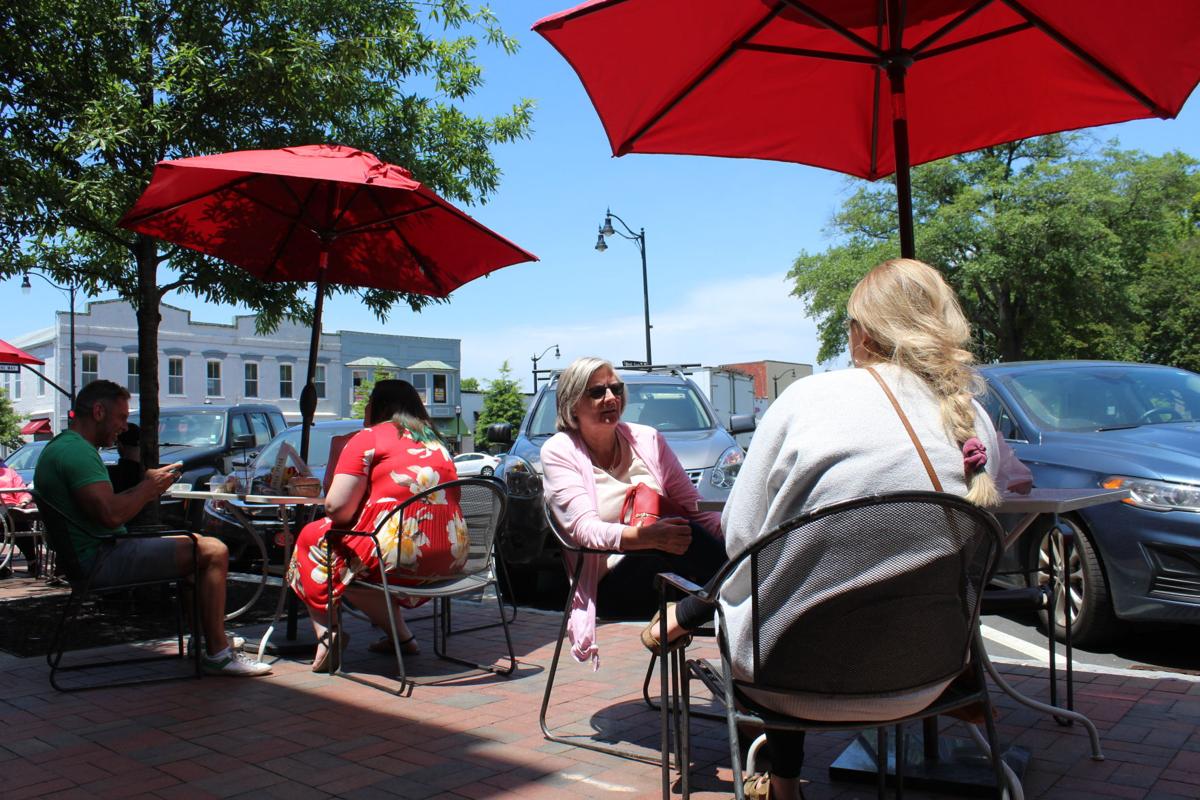 Sarah Lutterbie, right, talks to her mother, Wilma Lutterbie, at an outdoor table on Marietta Square. The city plans to reduce rates for restaurants to rent the outdoor tables. 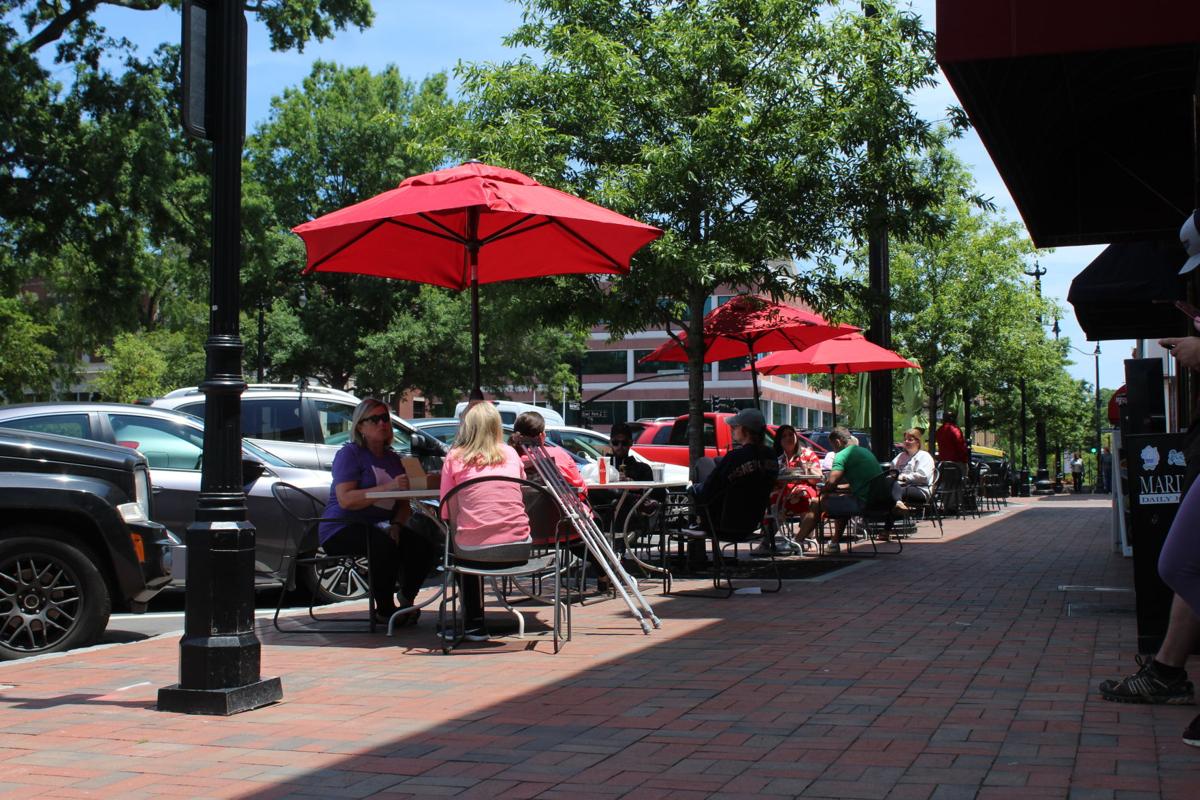 On a sunny afternoon, people sit and eat lunch at tables outside some of the restaurants on Marietta Square. 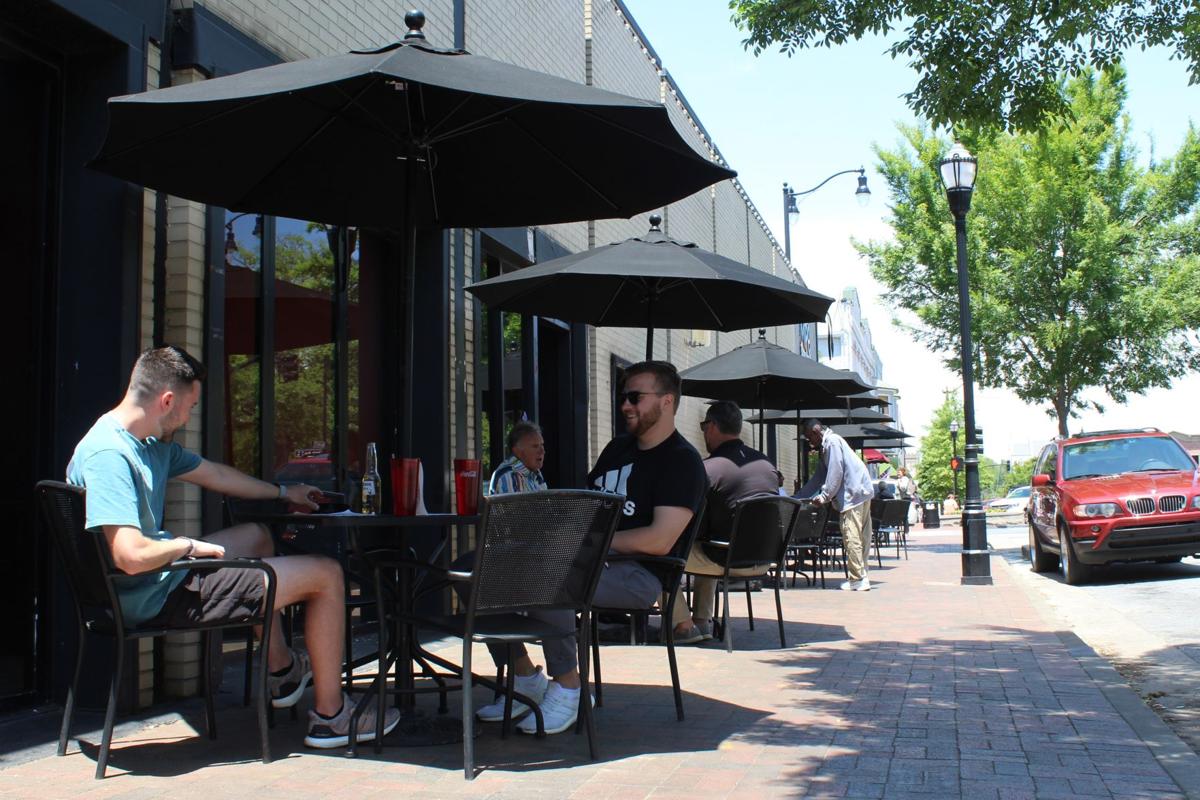 People sit and eat lunch at tables outside Marietta Pizza Company on the Square.

Diners eat lunch and talk to friends and family at outdoor tables on Marietta Square.

Sarah Lutterbie, right, talks to her mother, Wilma Lutterbie, at an outdoor table on Marietta Square. The city plans to reduce rates for restaurants to rent the outdoor tables.

On a sunny afternoon, people sit and eat lunch at tables outside some of the restaurants on Marietta Square.

People sit and eat lunch at tables outside Marietta Pizza Company on the Square.

The Marietta City Council is considering ways to give a break to restaurants on the Square that have been hit hard by the coronavirus.

Council members have approved a discounted table rental fee for sidewalks on the Square of $1 per square foot through August. Typically, the city charges $2 per square foot, but city staff proposed a lower rate because eateries that use them are using fewer tables to follow social distancing guidelines. City representatives were also authorized to add one additional 15-minute parking space on the Square for curbside pickup after discussing the new space with area business owners. Currently, there are six such spaces for picking up food.

“That’s very few for the number of restaurants,” Councilwoman Cheryl Richardson said of the limited free parking spaces. She originally proposed adding two spaces before the council agreed to add one.

The council gave its initial approval at its work session Monday to authorize the reduced fees and the parking space, placing the items on the consent agenda for Wednesday’s meeting.

Also at the work session, city staff proposed allowing more space on the sidewalks for restaurant tables in front of neighboring businesses with their permission, but the measure didn’t get enough support from council members to go on Wednesday’s agenda.

Richardson also floated the idea of closing the Square streets to allow for more spaced out tables there, but that was rejected by other council members, who cited concerns about potential negative effects on other businesses.

“I just say right now, personally, leave the tables as it is until we see demand and growth and then revisit. I just don’t want to make a lot of decisions that will impact other businesses trying to get their stuff back together,” Councilwoman Michelle Cooper Kelly said.

In other business, the council moved forward several items to their meeting Wednesday, with public hearings for zoning cases. They include:

♦ a rezoning for 51 townhomes on 6.4 acres on Powder Springs Street;

♦ an annexation and mixed use zoning request for a 46-unit townhome community on Cobb Parkway N. and Hamilton Grove Boulevard;

♦ a rezoning to build 36 detached homes on Fairlane Drive;

♦ a rezoning of 2.5 acres on North Marietta Parkway to community retail commercial. The property consists of eight parcels with different zonings, planned for a single commercial development.

♦ a rezoning and special use permit for a single 0.36 acre parcel for a place of assembly for Saint Joseph Catholic School;

♦ modified plans for two planned office buildings at the corner of Meeting Street and Roswell Street.