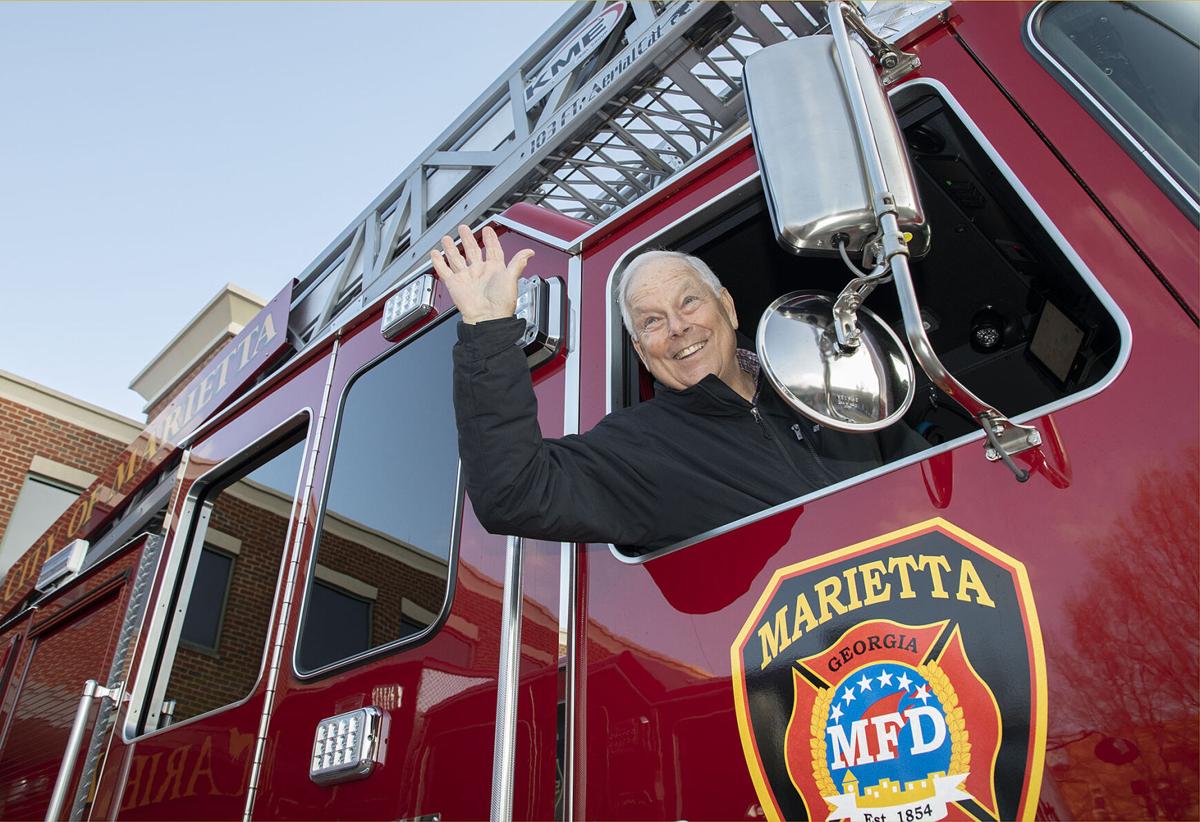 Marietta Councilman Andy Morris waves from one of the city’s new fire trucks. 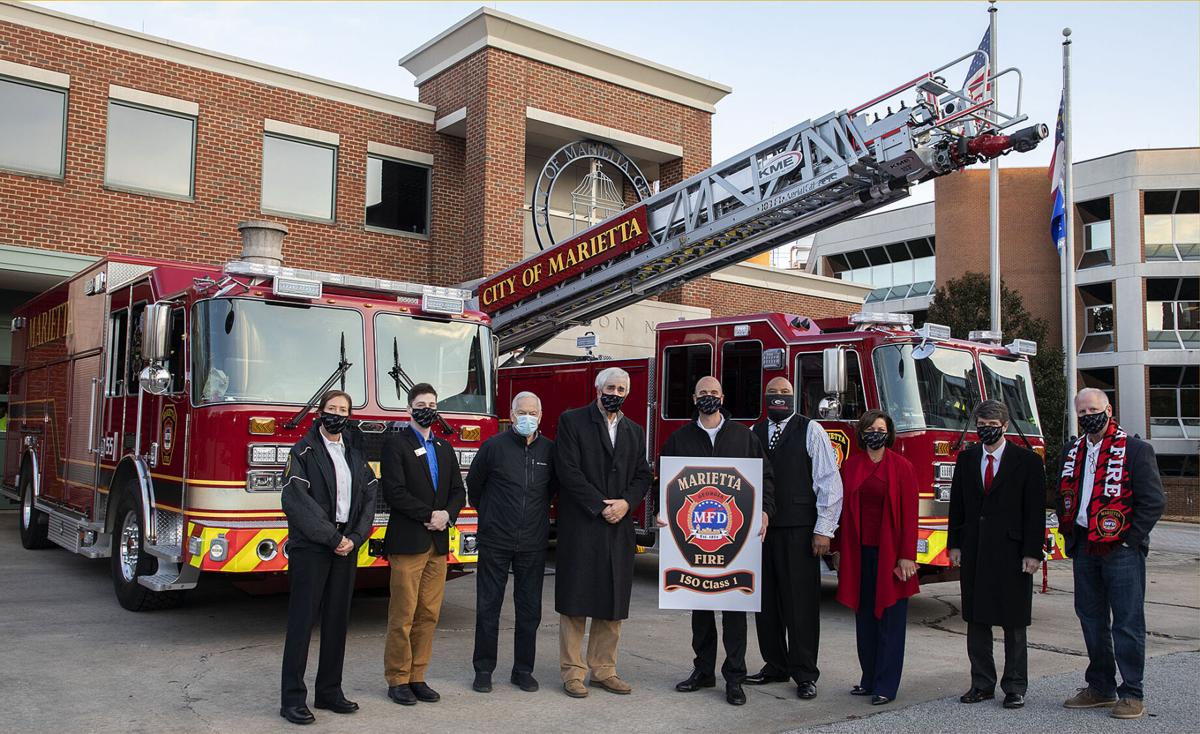 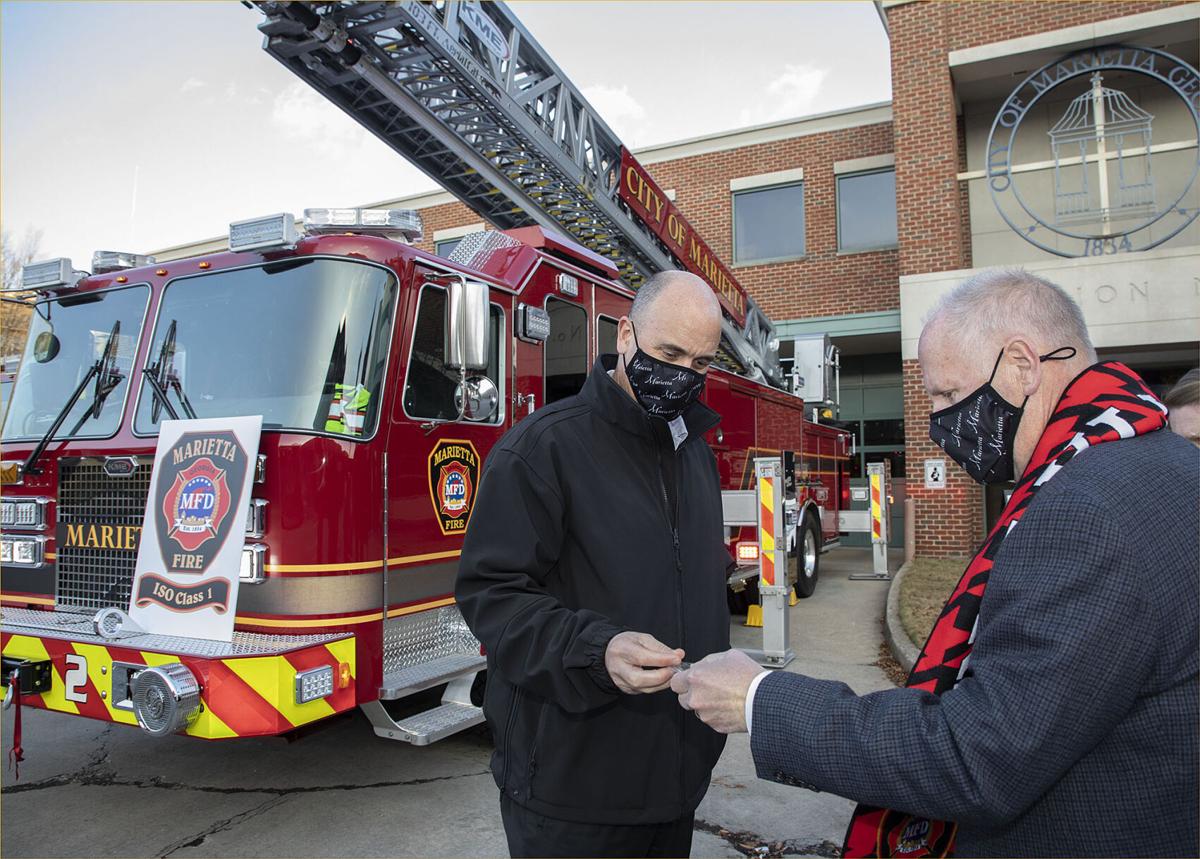 Fire Chief Tim Milligan presents Councilman Johnny Walker with a Challenge Coin to honor the department's ISO Class 1 designation. The mayor and council all received coins to mark the occasion.

Marietta Councilman Andy Morris waves from one of the city’s new fire trucks.

Fire Chief Tim Milligan presents Councilman Johnny Walker with a Challenge Coin to honor the department's ISO Class 1 designation. The mayor and council all received coins to mark the occasion.

MARIETTA – Residents will be pleased to learn the Marietta Fire Department has not only maintained the highly coveted Class 1 designation from the Insurance Service Office, but it increased the total score.

This Class 1 designation not only commends the Marietta Fire Department for its preparedness to provide safety and security, but it also saves Marietta’s citizens and businesses money, an average of $100 a year. This ISO designation has the potential to lower insurance premium costs to those citizens and businesses living and working within the Marietta Fire Department’s jurisdiction, according to the city.

“I am extremely proud of the hard work and commitment our department has shown throughout the rigorous process of not only maintaining a Class 1 Designation, but also increasing our total score,” said Fire Chief Tim Milligan. “We increased our total score over 3 points — from 92.24 to a 95.96. We take great pride in the high level of service, safety, protection, and fire prevention we are able to provide to our community.”

There are no fees involved in receiving this recognition, just hard work and determination from the Marietta Fire Department to maintain an excellent level of service to the citizens of the city, City Manager Bill Bruton reports. The ISO ranking scale is based on a 1-10 ranking with a Class 1 designation being the highest recognition a department can receive.

Less than half of 1% of fire departments across the country have a Class 1 Designation and Marietta Fire was the first fire department in Cobb County to receive this designation, according to Bruton.

The other vehicle is Squad 55, commonly known as a technical rescue vehicle. It replaced a 2007 vehicle, which will move to reserve status and continue to serve the city when needed. It was also designed with navigation on tight city streets as a priority with improved turning radius and a heavy-duty single rear axle and allows for enhanced technical rescue equipment storage, according to Bruton.