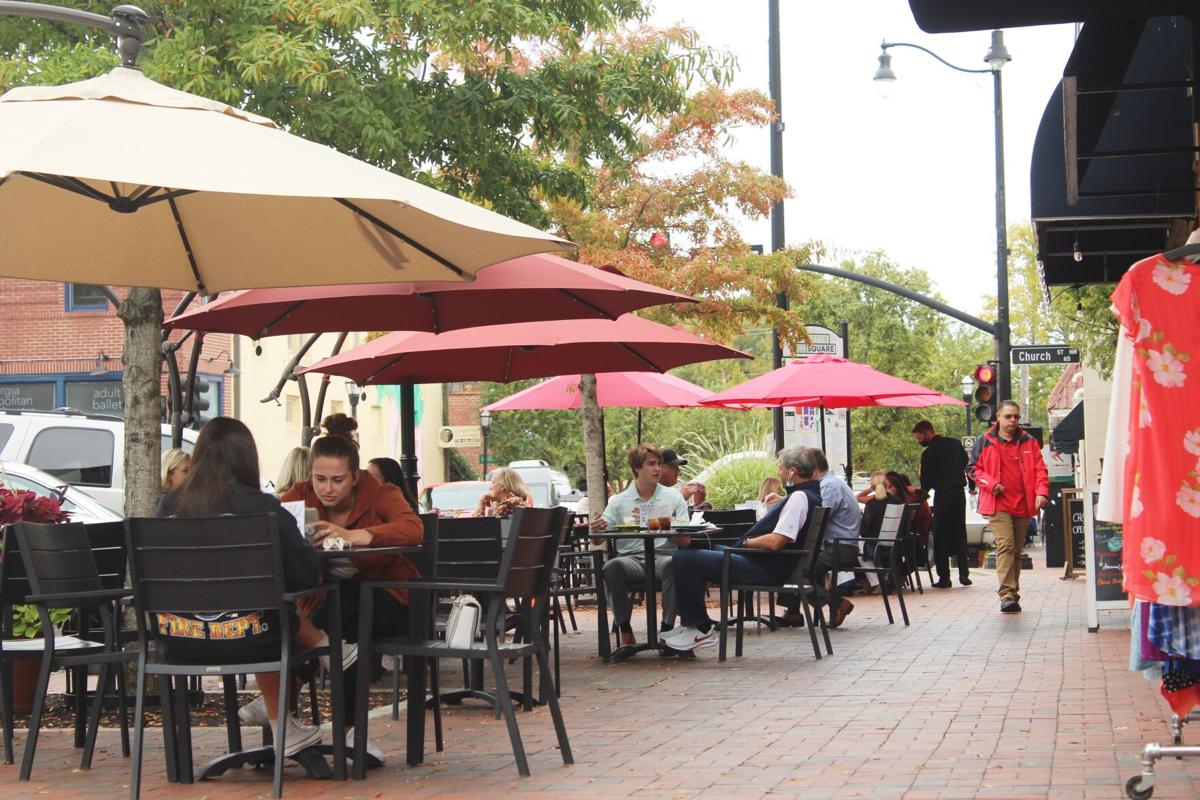 Folks enjoy a meal on Marietta Square Monday afternoon. If Marietta creates an open container district around the Square, visitors will be allowed to carry alcohol in a clear plastic cup along the sidewalks. 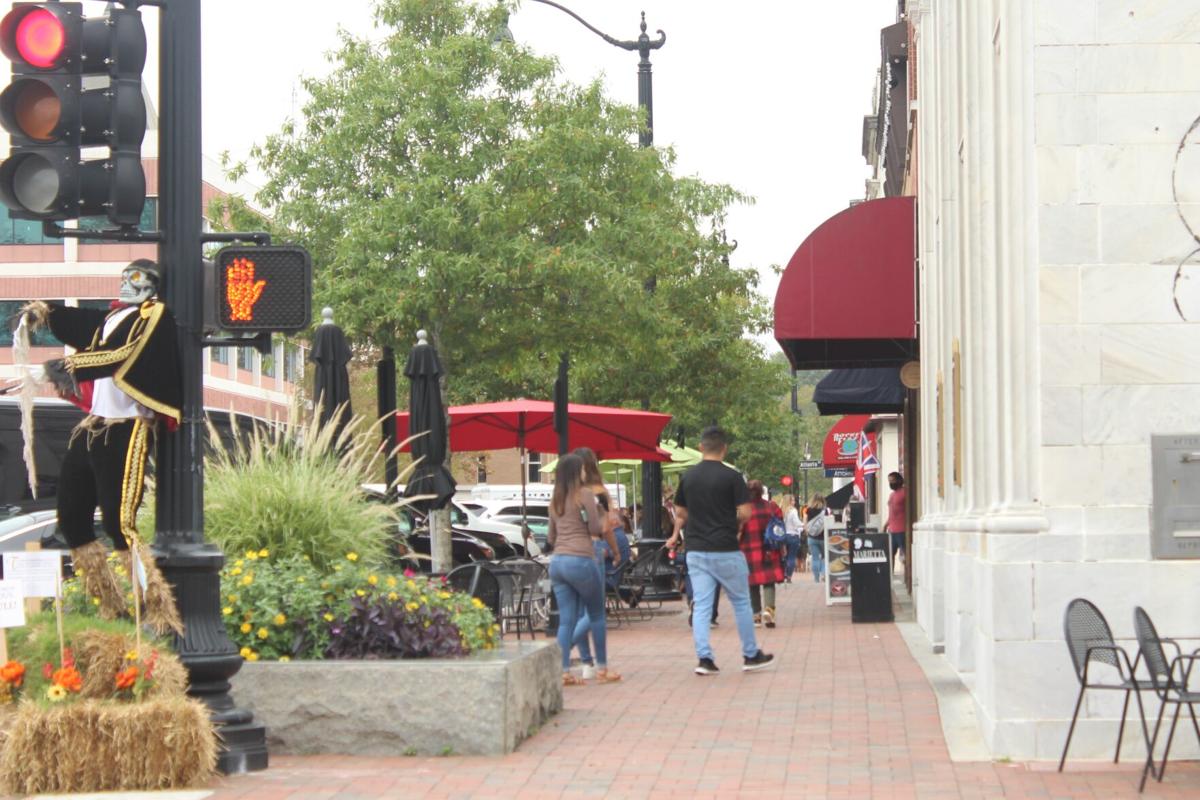 People walk along a sidewalk on Marietta Square on Monday. 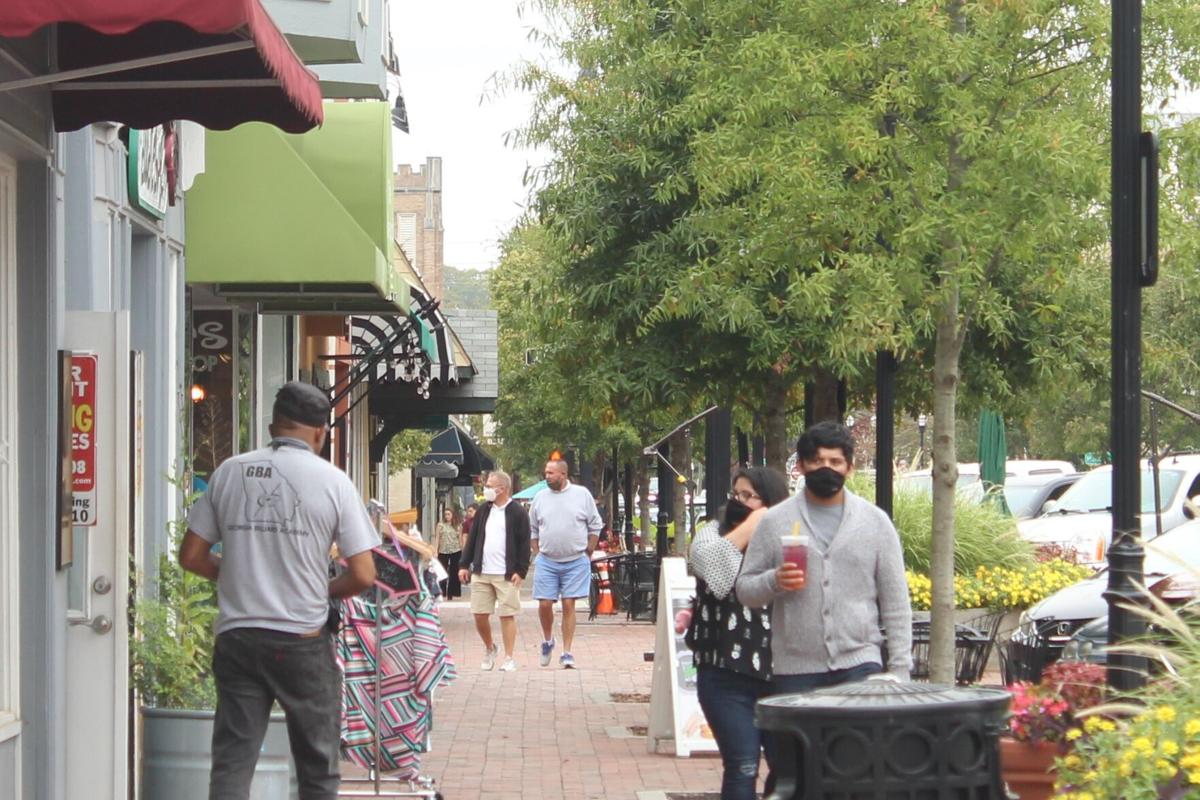 People walk along a sidewalk on Marietta Square.

Folks enjoy a meal on Marietta Square Monday afternoon. If Marietta creates an open container district around the Square, visitors will be allowed to carry alcohol in a clear plastic cup along the sidewalks.

People walk along a sidewalk on Marietta Square on Monday.

People walk along a sidewalk on Marietta Square.

MARIETTA — Will third time be the charm for an open container district in the downtown?

An open container district, called an entertainment district in some locales, allows patrons to carry an alcoholic beverage in a clear plastic container as they move about within the boundaries of that district. Such districts exist in Acworth, Kennesaw, Smyrna, Woodstock, Alpharetta and elsewhere.

A proposal for such a district, which would exclude Glover Park, had the support of a majority of council members last year, but was vetoed by Mayor Steve Tumlin. The measure failed to get enough votes to override the mayoral veto.

The year before, the proposal came from the other direction, with the mayor suggesting it and Councilwoman Richardson rejecting the idea.

Kelly told the MDJ that she’s bringing up the topic again as the city has taken new steps this year to help downtown businesses struggling amid the pandemic. She pointed to the council offering discounts for using tables outside and heaters for extended use of the city sidewalks to promote physical distancing.

Tumlin did not respond to a request for comment by press time. Previously, the mayor has said he is worried about safety and changing the Square’s family-friendly atmosphere, and that enforcing the boundaries would put a strain on police.

Kelly said that the city currently allows open containers on the Square for special events sponsored by the city, which can bring about 25,000 people to the downtown, and has reported no issues with those events. With certain guidelines, she said, Marietta Square will continue to be family-friendly. She said she wants to continue to keep Glover Park out of the district, and would like to see a cup specifically for the open container district, which would be easy to recognize and could help local officials enforce the rules.

Asked whether the outcome will be different from last year, Kelly said she wasn’t sure.

“Maybe some hearts and minds have changed from those that were in opposition of it. I really don’t know, and that was the reason I wanted to bring it back for a motion of consideration,” she said. “We could have some that are still very much against it, but we could have some that have said, ‘Hey, I think, maybe with the right plan, we can make it work.’ So we’ll see.”

Marietta Square business owners that spoke with the MDJ supported the idea of an open container district.

Karen Heard, owner of Marietta Wine Market, said it could allow for some collaboration between businesses for things like a pub crawl event.

“I think people like it. I noticed when they did the Art Walk the last time, since it wasn’t a city-sponsored event, they couldn’t have it, and people missed being able to walk around (with alcohol),” she said.

At the same time, Heard said she wasn’t sure whether such a district would specifically help her business, where people can purchase wine to take home but often stay to enjoy their purchases.

Roger Davis, the owner of Red Hare Brewing and Distilling, which is soon opening its first restaurant and retail location on the Square, said his company is “very much in favor of it.”

“It gives the freedom for people to enjoy all the spots without having to stay in one spot,” Davis said, adding people could window shop around retailers between visits with their drinks. “The mobility of it makes it work.”

The Marietta City Council meets for a special called meeting at 5:15 p.m. Tuesday, followed by committee meetings. Meetings are at 205 Lawrence Street and livestreamed on the city’s website. For more information, visit www.mariettaga.gov.