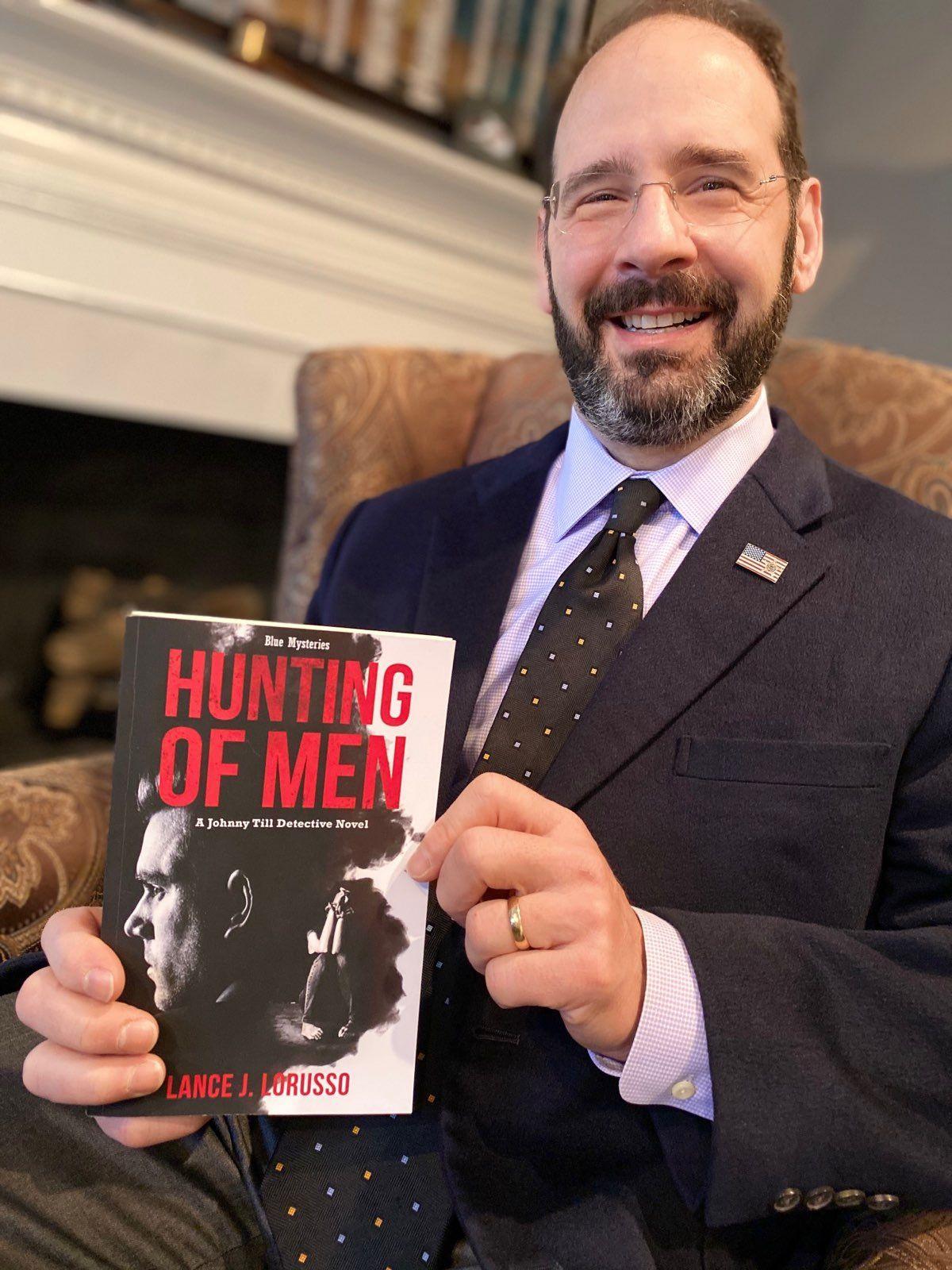 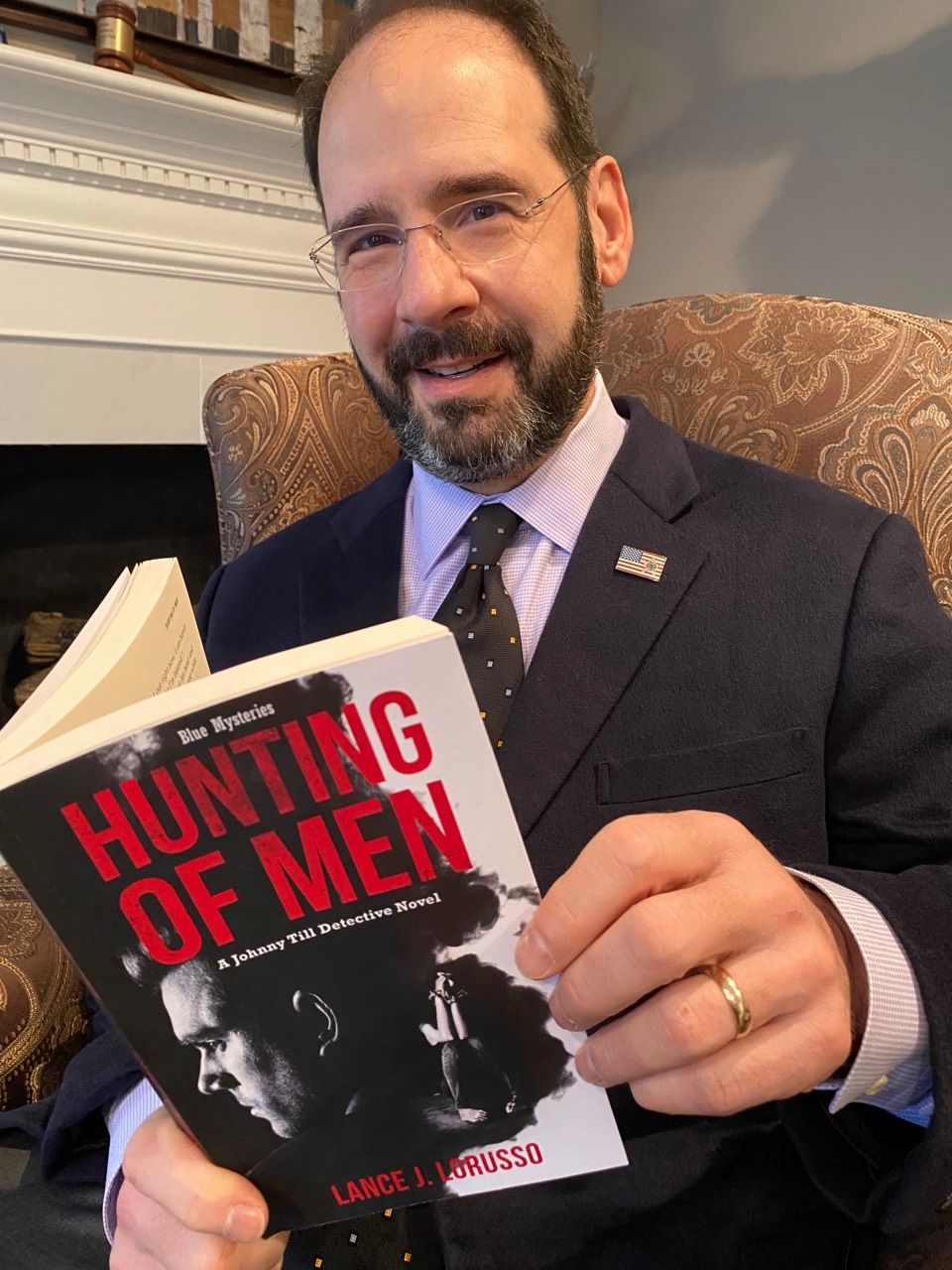 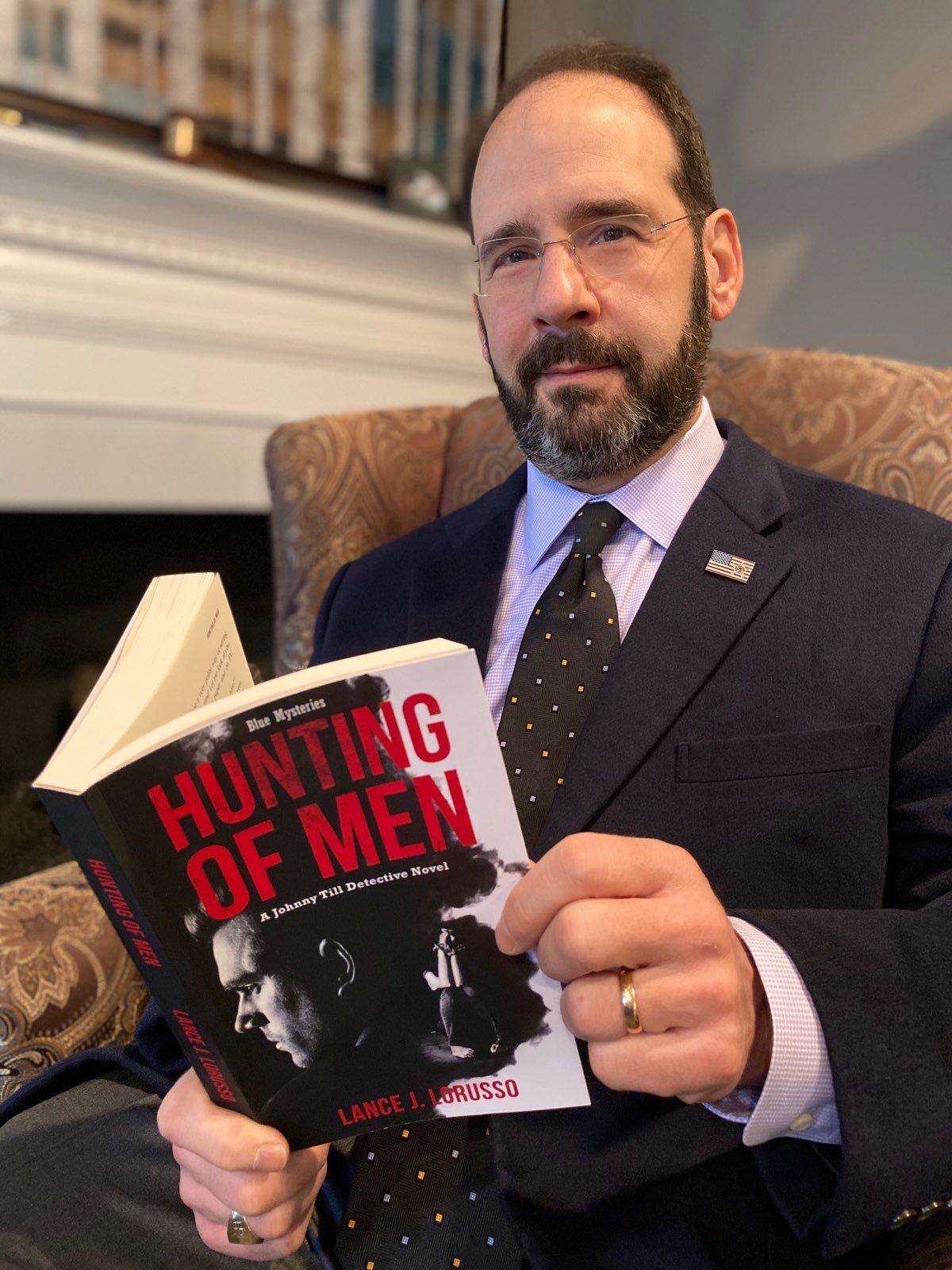 By day, Lance LoRusso, general counsel for the Georgia Fraternal Order of Police, trains police officers and advocates for others who have been injured in the line of duty.

But off the clock he continues to explore what is often the perilous world of law enforcement — by writing books.

LoRusso said his more than three decades of law enforcement experience and training of officers, as well as interactions through those experiences, has informed the character development, actions and expression of feelings in his latest book, “Hunting of Men.”

LoRusso served with the Cobb County Police Department and the Cobb solicitor’s office for about 12 years and began training law enforcement officers in 1991, work that continues today.

In his law practice, LoRusso represents first responders, including when they are injured on and off duty. Last year, he founded a nonprofit foundation, Cobb County Public Safety Foundation, which provides grants to law enforcement families in need.

“Hunting of Men,” a cold-case thriller, is LoRusso’s fifth book. It’s his third work of fiction.

LoRusso published his first book, “When Cops Kill: The Aftermath of a Critical Incident,” in 2012. The book is used in law enforcement academies and criminal justice programs around the United States. His book “Blue News,” also a nonfiction work, addresses the intersection of law enforcement and media.

He describes his first fiction book, “Peacemaking,” as a Christian thriller. It illustrates a police officer’s walk with Jesus. Another fiction work, “Parallax: Crime Tales” is an anthology of short stories.

LoRusso said as he’s dealt with weighty issues in law enforcement day in and day out, writing has always been his release.

“I would hope that everyone would have that type of a relaxing type of activity that just pulls them in and is so enjoyable as writing is for me,” he said.

The Marietta lawyer said he finished “Hunting of Men” in about a year and added that Tom Petty was wrong: “The waiting is not the hardest part. The editing is the hardest part — but that wouldn’t make for a good pop song.”

The novel “Hunting of Men” follows Johnny Till, a young, ambitious new homicide detective who, as Lawler County Police Department tradition dictates, pulls a cold case file to investigate when he joins the department. Till pulls the file of a murdered fellow Lawler County officer, and instead of choosing another to avoid a personal case that had haunted the police department there for years, he decides to carry on.

The file in question contained an unsolved case of the cold-blooded murder of Officer Michael Dunlap, gunned down in the black of night some 20 years earlier.

To solve the murder and reconcile the victims left behind, Till must first reopen old wounds and retrace the final days of Dunlap’s life. But his journey will lead him down a rabbit hole to a darker, more sinister conspiracy, one that threatens the lives of children around the world.

One characteristic that LoRusso said makes his works stand out against mainstream depictions of law enforcement officers is his attention to detail in officer experiences and procedures.

“What always drives me crazy about police novels is the utter lack of reality,” he said, noting that many popular works on the big screen and in print depict law enforcement officers as heavy drinkers who can’t hold a relationship. “Cops are funny, they’re intelligent, they’re witty and they go well above and beyond and put their lives at risk for strangers.”

LoRusso also noted that his book reflects the very real trauma police officers face and avoids procedural inaccuracies that show up in mainstream police depictions. He provided the example of officer-involved shootings, where, contrary to what might be shown in a movie, police don’t return to work for at least a few days as investigations and psychological evaluations take place.

And you won’t read other simpler mistakes in his book either, LoRusso said.

“You’re not going to hear about somebody taking their Glock out of the holster and taking the safety off, because a Glock doesn’t have a safety,” he said. “Those are the things that drive people crazy when they know some of this.”

John Gardner is a retired police officer who served 30 years with the DeKalb Police Department and 10 years reserve with the city of Clarkston.

Gardner said “Hunting of Men” was riveting. He said the multiple story lines kept him engaged and tied up nicely at the end. Moments of excitement, such as a shootout at a bank, kept the novel full of spark, and the accuracy of police procedures was a welcome rarity, he said.

“I put myself in the shoes of the main character,” Gardner said. “I thought it was well done.”

And LoRusso said when fans of Till’s adventures reach the final page of “Hunting of Men,” they have nothing to fear — the journey is not over.

“It’s called the ‘Blue Mysteries Series,’ and we will see a lot more of Johnny Till,” LoRusso said.

Profits from “Peacemaking,” “When Cops Kill” and “Blue News,” all support first responder charities, according to LoRusso. To date, the books have raised about $28,000, he said.