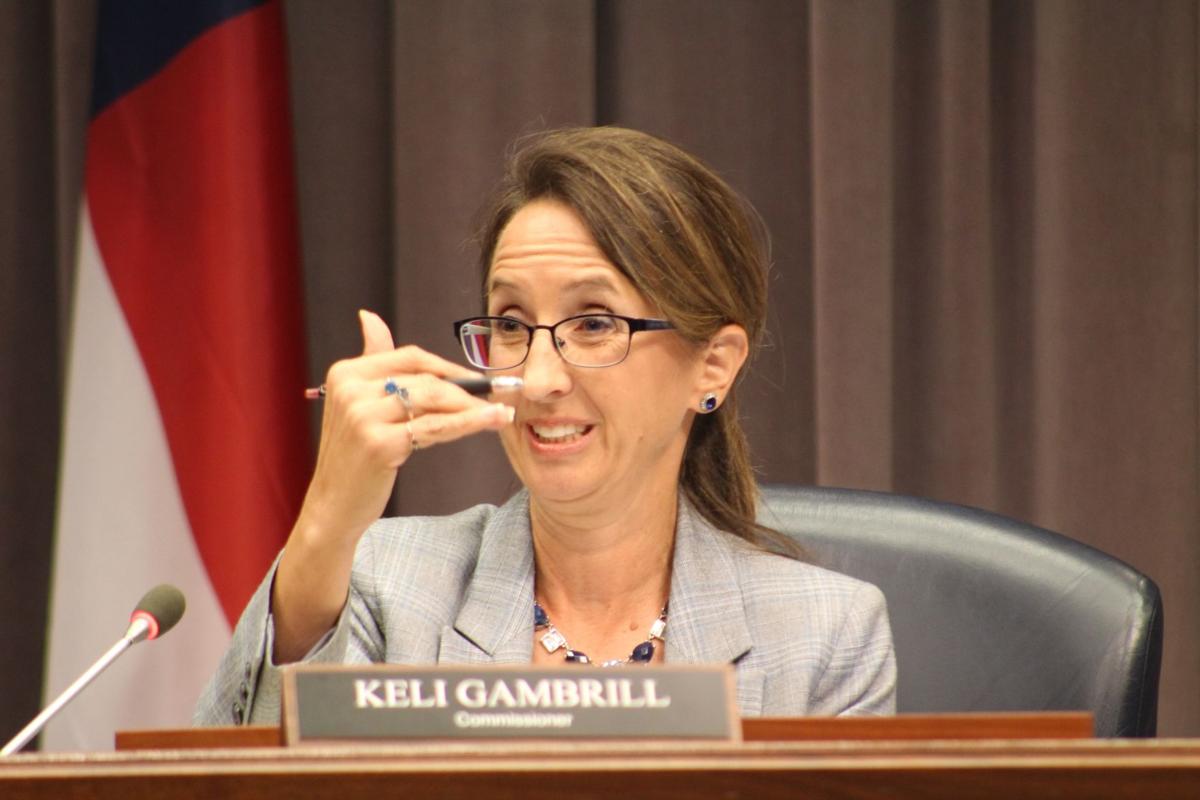 Commissioner Keli Gambrill was one of two commissioners to vote against the proposed fiscal 2020 budget, along with Commissioner Bob Ott. 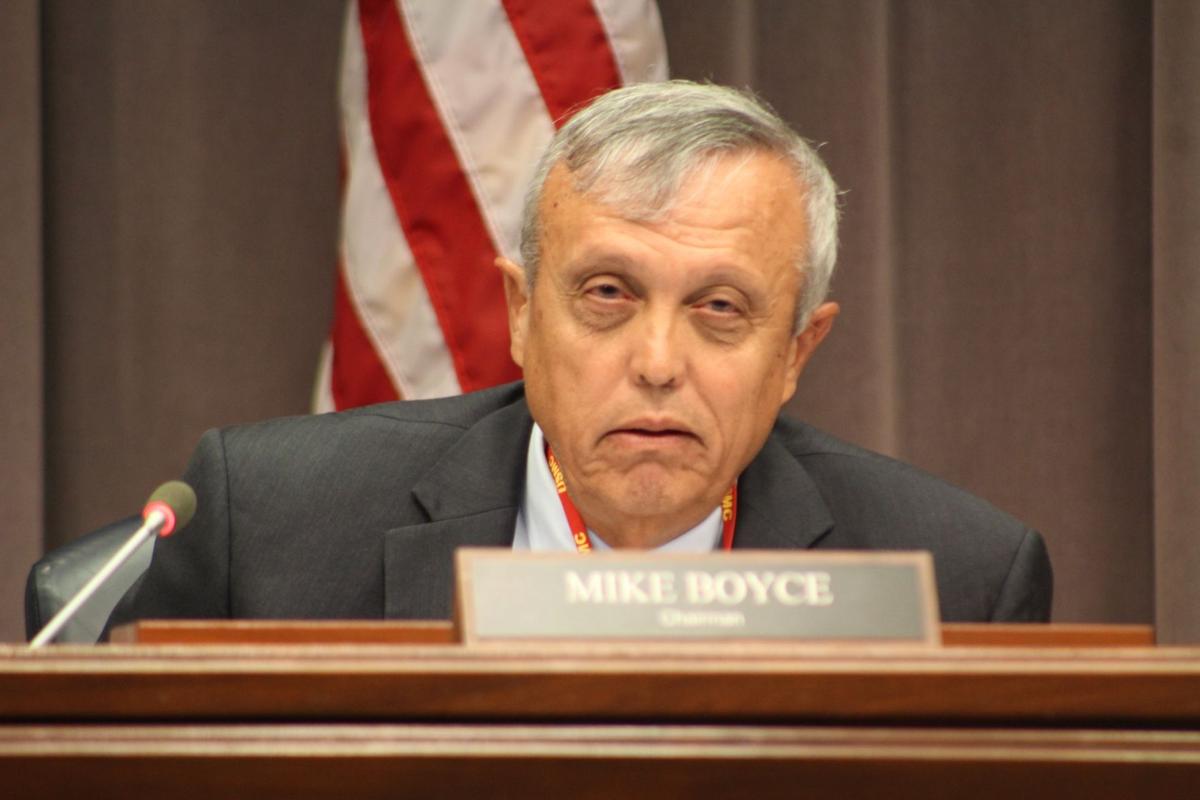 Cobb Chairman Mike Boyce remarks on his proposed fiscal 2020 budget Tuesday night prior to the commission’s 3-2 vote approving it. 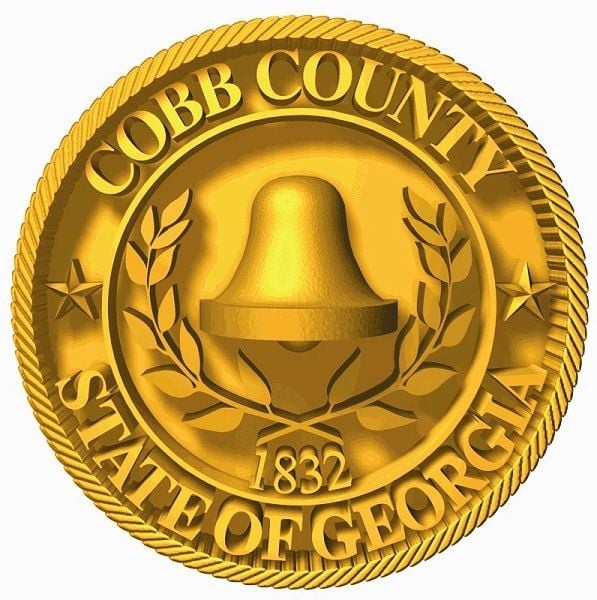 In the first item, commissioners by a vote of 3-2 approved a measure maintaining the county’s millage, including the current general fund millage of 8.46 mills. Though the rates will not increase, some property owners may pay higher taxes due to the increased county tax digest.

Voting against the millage setting were Commissioners Keli Gambrill and Bob Ott, who did not speak prior to their votes on the millage rates. The two went on to be in the minority of the 3-2 approval of Chairman Mike Boyce’s proposed fiscal 2020 budget with a general fund at $475.7 million — an increase of about 4.7% or $21.5 million more than fiscal 2019. The general fund serves as the primary operating fund of the county.

“The county has a $21 million increase in the digest — this may not be the same for next year or the year after,” Ott said in his remarks opposing the budget. “This $21 million should not be spent on recurring cost items. If this money should go away, it would result in another millage increase to maintain those recurring costs.”

The growth in the 2019 tax digest, the value of all properties in the county, brought in an additional $13.5 million to the general fund, according to county spokesman Ross Cavitt. Cobb homeowners with the homestead exemption, Cavitt added, saved $41 million in taxes that would normally have gone to the county’s general fund.

For residential property, the floating homestead law keeps certain property taxes from going up as a result of a rise in property values by increasing the amount of homestead exemption. The law is limited to an owner’s primary residence and allows those homeowners to freeze the taxable value of a property as used in general fund millage calculations. The longer a homeowner owns the property, the larger the tax break.

Boyce alluded to the homestead numbers in defense of his budget prior to the vote.

“How much did we lose in revenue this year, the county? $41 million. That’s how much you kept in your wallet,” Boyce said. “Why is that a big deal? Because last year you kept $23 million, and this year you’re keeping another $18 million. So this is nirvana in Georgia.”

But Boyce admitted that the county’s fire fund and parks bond millage rates, which also stayed put, are taxed against homes’ appraised values, so homeowners would pay more on those if their assessments increased.

“If you’re in a home, a floating homestead exemption protects you from increased taxes,” Boyce said. “If you bought a new house this year or you added onto your house, in those instances, we would have received more revenue from you for your home, but if you live in the same house this year as you did last year, you will not pay one dollar extra in the general fund portion of your taxes.”

Had commissioners instead approved the “rollback” millage rate of 8.094 mills — the tax rate the county would have to levy in order to collect the same amount of revenue as it did the previous year — those with a home with a fair market value of $300,000 would pay about $40.26 less in property taxes. Under the approved millage, a homeowner with a nonhomestead property with a fair market value of $400,000 will pay an extra $58.56, according to county documents.

“We all remember the ‘$30 million deficit,’” Gambrill said, referring to the previous year’s argument that led commissioners to approve by a 3-2 vote a 1.7-mill increase, from 6.76 to 8.46 mills. Gambrill now serves as the District 1 commissioner, succeeding Bob Weatherford who was voted out last year in a runoff against Gambrill a day before being the swing vote in favor of the budget.

Gambrill went on to say she could not support the budget because “that ($30 million) has been repaid.” She also questioned funding the nonprofit Cobb Travel & Tourism while cutting funding to other county nonprofits, as well as a number of budgetary line items labeled as “contingency” spending.

The approved fiscal 2020 budget included a 7% pay raise for certified and sworn public safety personnel and a 4% raise for most other county employees.

Ott contended that the 7% public safety pay raise would make the possible future implementation of a step and grade system too expensive for the county. Such a pay system would group employees with equal years of service within a grade into pay classes, creating a system where such employees could accurately determine both current and future wages.

Ott went on to cite the county’s shortfall in pension funding and an over-reliance on Special Purpose Local Option Sales Tax funds to cover road projects under the Cobb Department of Transportation as the other reasons for his opposition.

Boyce has proposed a November 2020 vote to renew the county’s 1% SPLOST.

A possible failure of such a vote, Ott said, would be a “devastating blow” to the Cobb DOT and its needed road paving projects.

“DOT could not operate, and the roads would not be repaved or maintained,” Ott said. “Almost 95% … of DOT’s budget is funded by the Special Purpose Local Option Sales Tax. Your roads, your bridges, your sidewalks are all in SPLOST. Opening the libraries an extra day is of no value to the citizens if they can’t get to them because of deteriorating streets.”

As the budget does not address those issues, Ott contended, it will require the board to “continue to accept the tax digest increases but to also increase the millage rate or cut services.”

Speaking after all four commissioners weighed in on the budget, with JoAnn Birrell and Lisa Cupid voicing their support of Boyce’s measure, the chairman defended his proposal, telling those in the audience that the funding plan keeps all county services open.

“If you want a 3-star county, we’ll give you a 3-star budget. Just tell me what you want me to close,” Boyce said.

I expect this from Mike Boyce who has raised taxes every single year he has been Chairman, but I'm disappointed in Joanne Birrell who has been more fiscally responsible previously