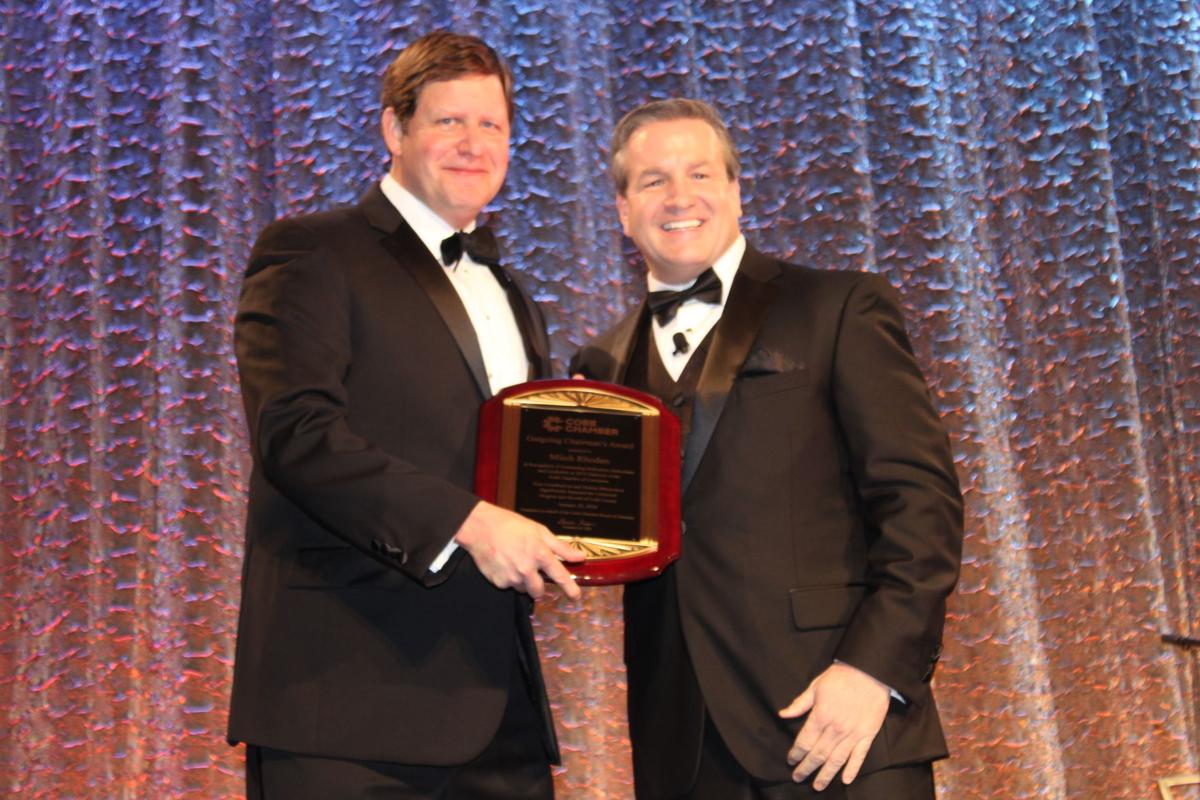 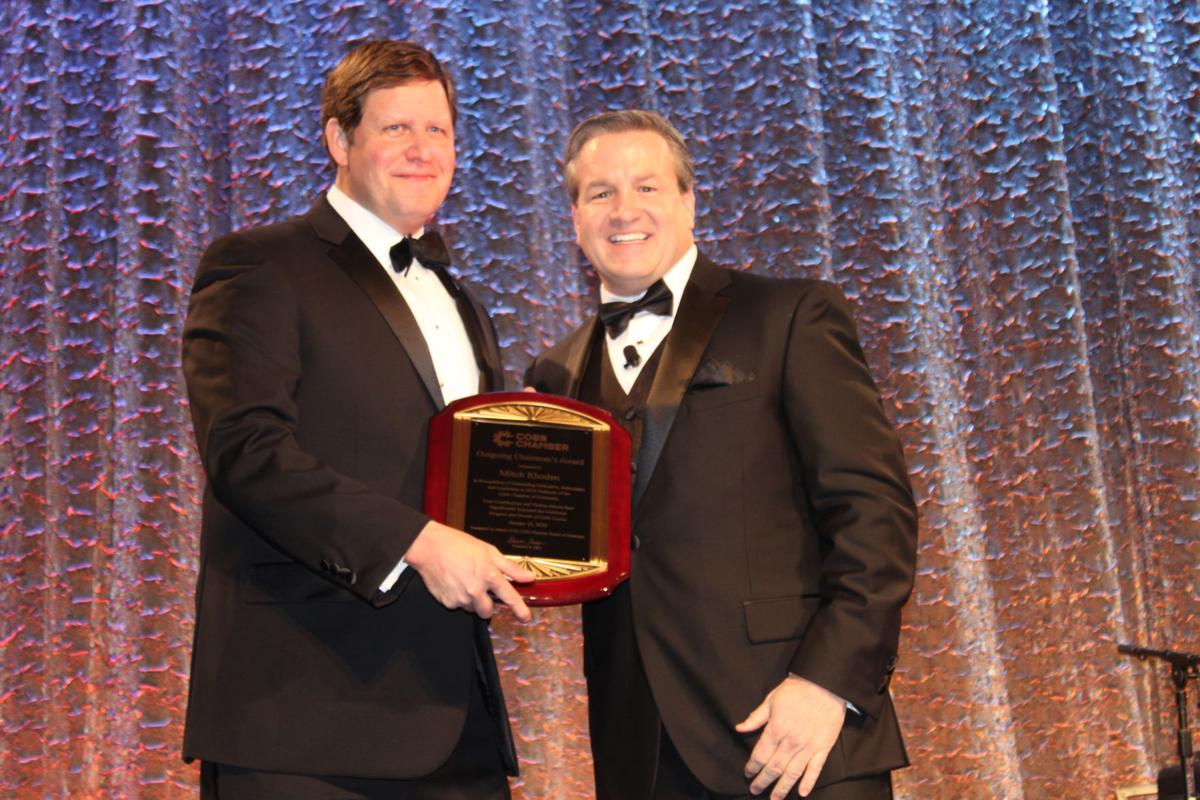 Like many a nonprofit, the Cobb Chamber of Commerce has to get creative when it comes to money.

“There is no real free cash flow there whatsoever,” said John Loud, its new chairman.

Last year, its board discussed raising the lowest-tiered membership fee from $400 to $450 per year. Loud balked.

“They invited the wrong guy into that room,” he said, laughing. The chamber’s chairs are picked long before they ever take office, and Loud knew he was going to ascend to the position in a year’s time. He vowed to roll back the increase the moment he became chair.

The board ended up creating an even lower tier, for businesses with two or fewer employees. It costs $250.

It was a preview of Loud’s chairmanship, which began in earnest Saturday night when Mitch Rhoden, the 2019 chair, passed him the torch.

“There’ve been a lot of exciting things that happened under Mitch’s leadership this year ... and (I’m) very proud of the work he’s done,” Sharon Mason, CEO of the chamber, said in November. “I get to work very closely with the chairs each year, and each person is the right person at the right time for our chamber.”

As past chairs have done, Loud set three priorities for the year: workforce development, the Dobbins Air Reserve Base and small businesses.

Loud said his focus on small business came from his own experience as founder of LOUD Security Systems.

Since its founding in 1995, the company has grown to one that serves 10,000-plus customers, operates in 31 states and employs 60-some people. But it began in a garage in Powder Springs.

“I was in the basement of my home, I’m the one that struggled to find $85 to become a member of the Kennesaw Business Association” and, years later, the money he’d need for the Cobb Chamber, he said. “I am hypersensitive to understanding (small businesses’) lows and challenges and frustrations.”

Loud’s focus on small businesses comes on the heels of the unveiling of the chamber’s new logo, a circle made of seven arrows facing inward, with one missing to symbolize an open seat at the table.

In the spirit of the new logo, he plans on extending invitations to smaller businesses to some of the chamber’s dozen-plus “chairman’s circle” meetings, which are typically open only to members paying annual dues for $5,000.

“You almost feel like, ‘I’m a little business. ... I can’t sit at the adult table,’” he said of the chairman’s circle meetings. Inviting smaller businesses, he said, will let them know that they’re welcomed and appreciated. It’s also, partly, an effort to burnish the chamber’s image, he added.

The perception of the chamber as being pro-big business is wrong, he insists, and it’s something he aims to change during his tenure.

Businesses, Loud said, are “coming in and they’re selecting Cobb and the Atlanta region because of how strong our workforce is. It’s not about the incentives, it’s about the workforce.”

To that end, he plans on being a vigorous advocate for the state’s locating a VECTR Center in the county, preferably near Dobbins Air Reserve Base.

One such center already exists in Warner Robins. According to its website, VECTR — which stands for Veterans Education Career Transition Resource (Center) — offers “unique, accelerated programs in high demand and strategic industries tailored to abbreviate the process of receiving post-secondary certificates and degrees by recognizing the extensive training veterans receive during their military service.”

“We have bipartisan, 100% support from all the Cobb legislators,” he said, although he’s unsure whether the governor will take it up during the 2020 legislative session.

He also hopes to unveil “opportunity Cobb” a one-stop-shop for all internships, externships and work-based opportunities in the county for kids in the K-12 school system through higher education. He said he was unsure at this point whether it would be an app or a website.

To cap it all off, the chamber will host a workforce summit in November, he said.

Finally, Loud wants to remind the county of the value of the Dobbins Air Reserve Base, and plans on singing its praises throughout the year.

Among the events that would shine a spotlight on the base will be a welcome home for troops returning later this year.

Outlook 2020: Chamber moving forward with spring and summer events ahead