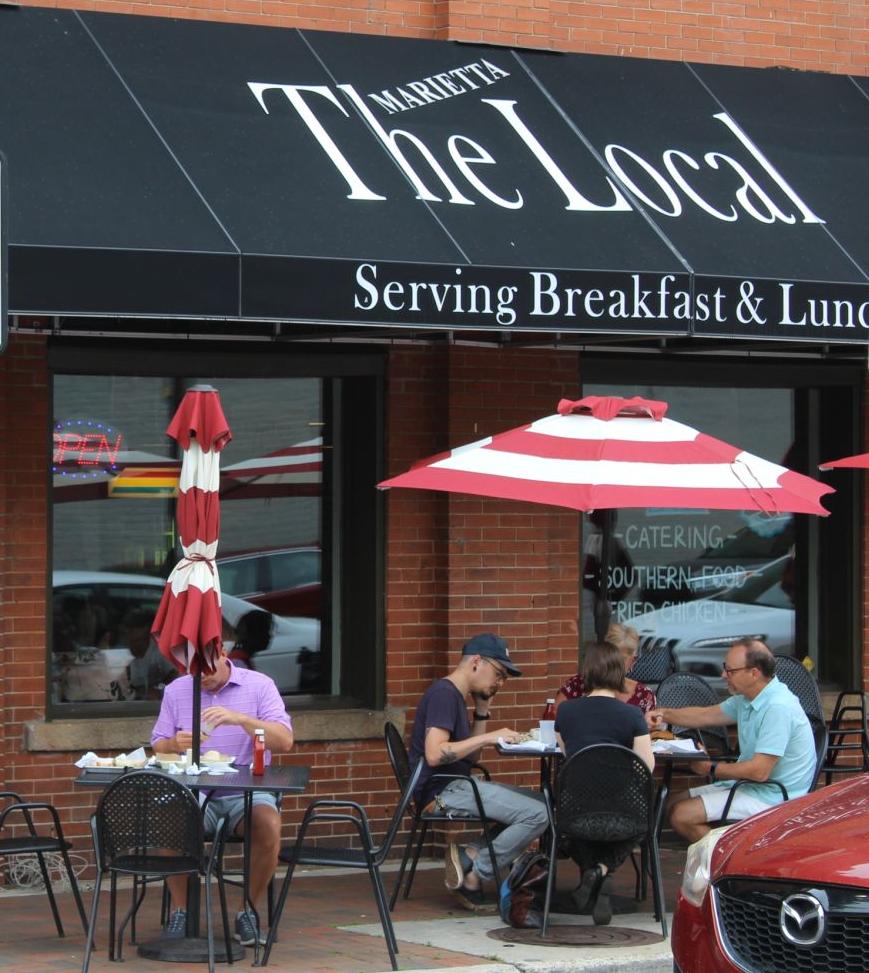 Patrons take advantage of the cooler weather Thursday as they eat outside The Marietta Local. 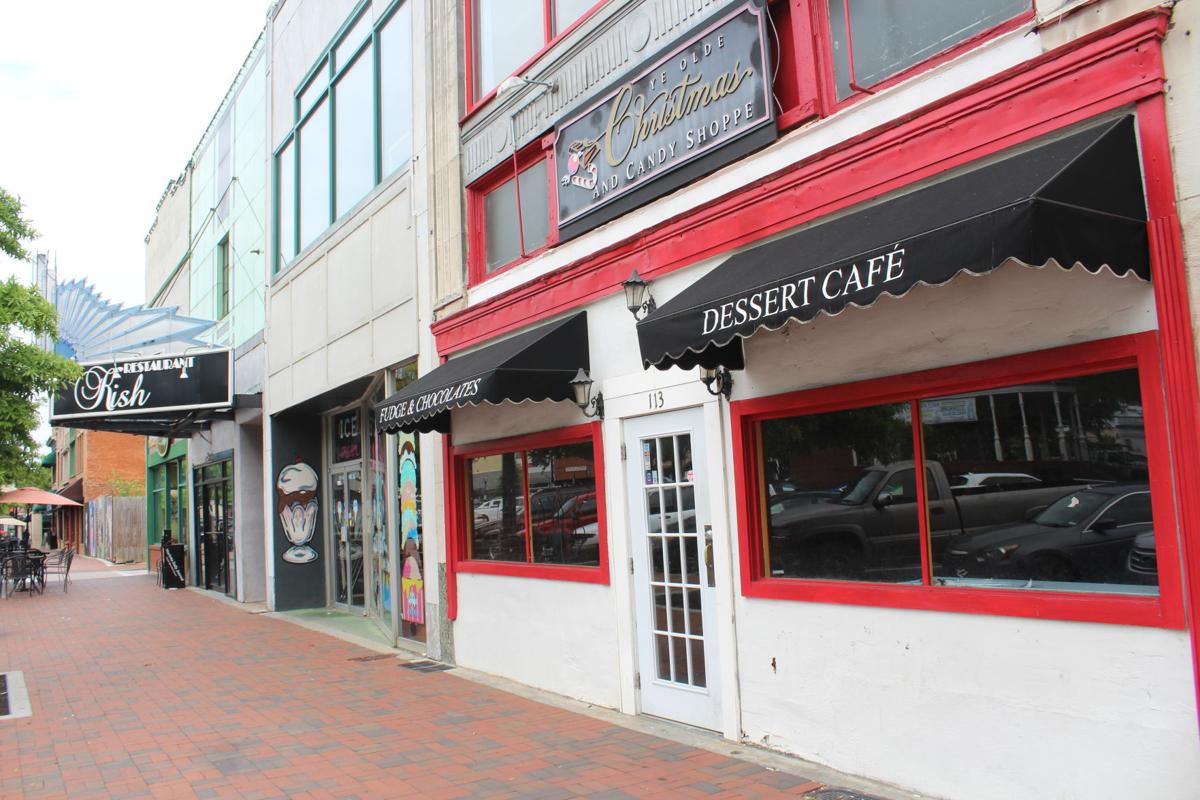 The former sites of Ye Olde Christmas Shoppe and Kish Restaurant. Local on North’s plans to open in the 113 N Square address have been delayed. 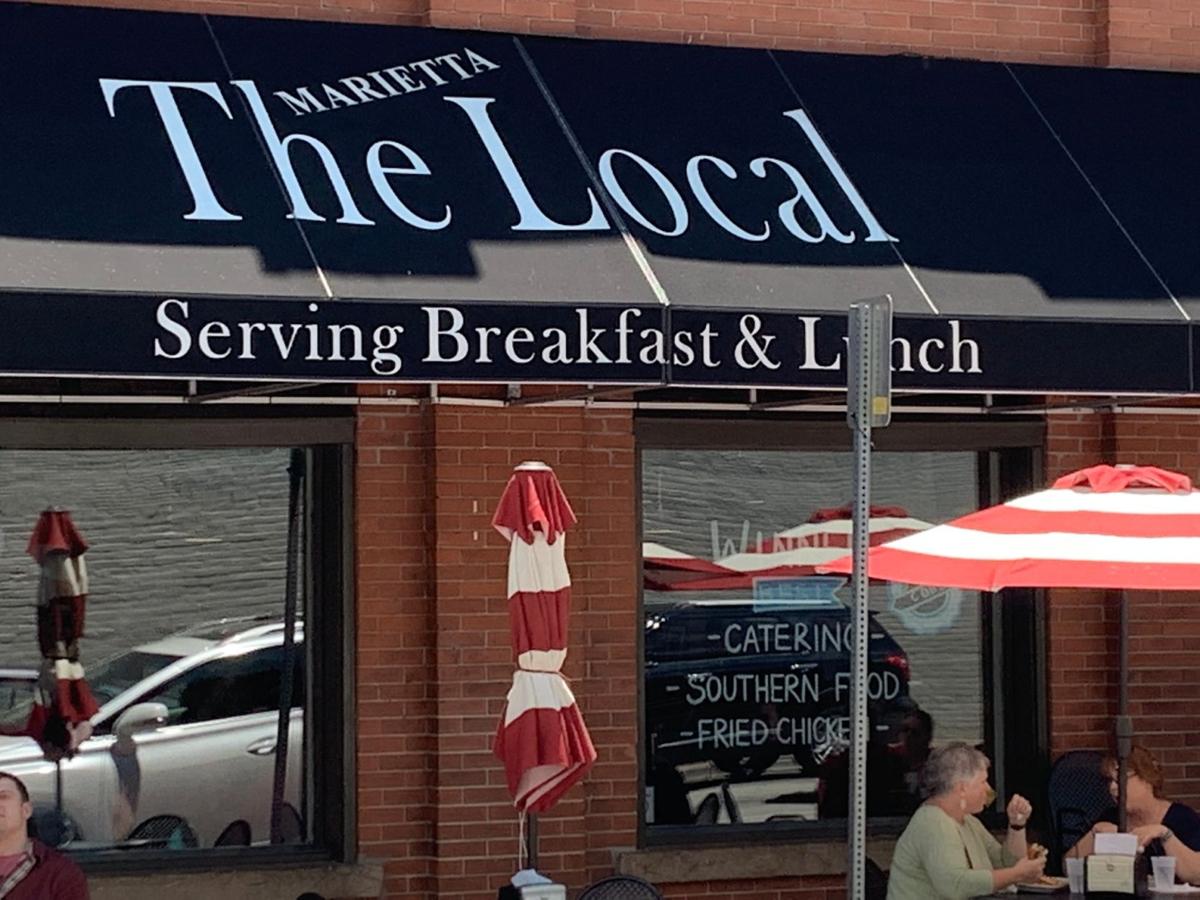 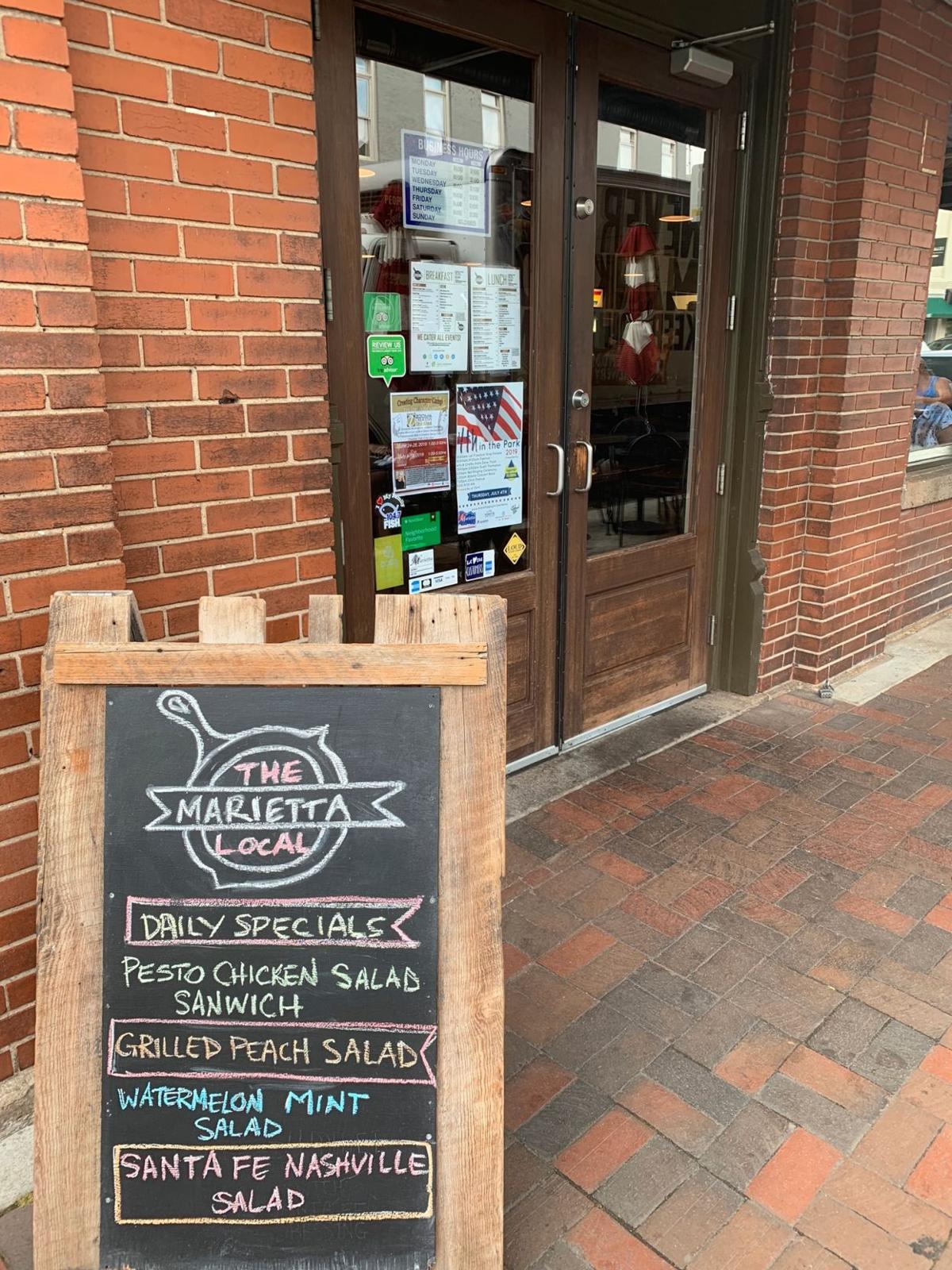 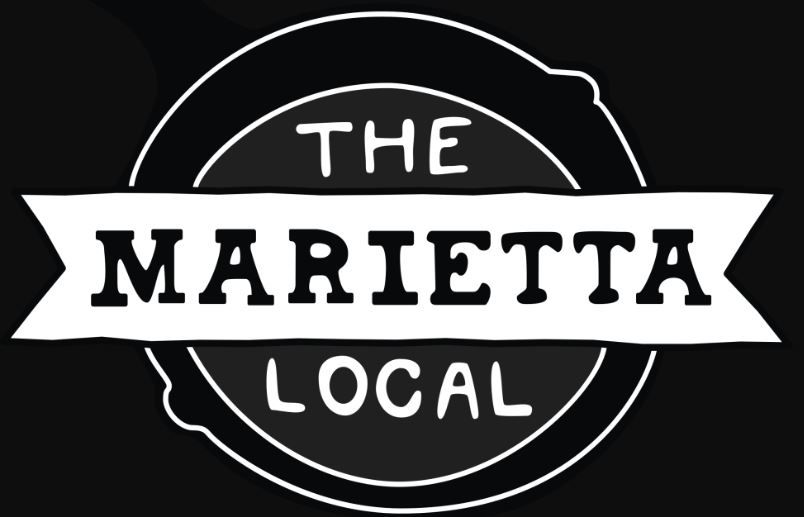 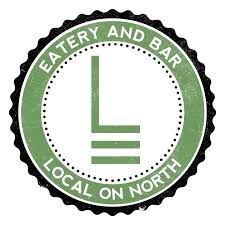 +5
+5
Don't miss a story.
Get local news delivered to your inbox.

Patrons take advantage of the cooler weather Thursday as they eat outside The Marietta Local.

The former sites of Ye Olde Christmas Shoppe and Kish Restaurant. Local on North’s plans to open in the 113 N Square address have been delayed.

Marietta Square is not big enough for two Locals, or so it would seem.

Restaurateurs GG and Salem Rose announced earlier this year that they would open a new restaurant, Local on North, in July at the site of the old Christmas Shoppe, which closed in 2017.

But the similarity of “Local on North” to that of the neighboring “The Marietta Local” restaurant has delayed the proposed eatery’s opening.

“Plans are that a restaurant will be open late September in the 113 N Square address, not sure about the name until our lawsuit with the ‘Marietta Local’ over the use of word ‘local’ is settled,” the Roses said in a Facebook message to the MDJ.

The issue between the two restaurants began when the Marietta Local, a popular spot for breakfast and lunch just on the other side of the Square, filed for a restraining order prohibiting Local on North from using that name.

A Cobb Superior Court ruling this spring from Senior Judge Adele Grubbs granted The Marietta Local the temporary restraining order against GG and Salem Rose, the owners of Local on North, which has locations in Canton, Roswell and Duluth that go by the same name.

The order prohibits the Roses from using the terms “the local” or “local” to refer to their intended Marietta restaurant in any way.

“The existence of a second restaurant named ‘Local’ so close to the existing restaurant called ‘Local’ causes confusion and damage to the Local, LLC (The Marietta Local); and because of the immediate publicity does damage to the Plaintiff for which there is no adequate remedy at law,” Grubbs wrote.

Grubbs’ order came just one day after the March 28 filing on behalf of Marietta Local owner Jim Tidwell Jr., in which Marietta attorney Dan Wirth sought the restraining order in an effort to protect the restaurant that opened in 2014.

“The Marietta Local is not seeking damages or to prohibit Defendants from opening a restaurant. It is merely seeking the limited relief afforded to it under the Uniform Deceptive Trade Practices Act,” Wirth wrote in the filing, adding that the existing restaurant “stands to lose significant customer goodwill and suffer irreparable harm to its business relationships with customers” if the incoming restaurant were to open with its intended name.

Touting its earning of several awards on categories such as “Best Breakfast,” “Best Fried Chicken” and “Best Southern Food Restaurant,” the filing claims that from March 14, when The Marietta Local learned about the incoming restaurant, and in the two weeks prior to the filing, about 75 customers questioned or commented to Tidwell regarding the incoming restaurant. It also claims that Local on North serves “similar food to The Marietta Local, creating a strong likelihood of confusion.”

But in their legal responses, the Roses state that they do not intend to open a restaurant “specifically called ‘The Local North on Marietta Square.’” The incoming restaurant, the filings add, would have a name consistent with its brand, “The Local on North,” and would not use the words “Marietta” or “Square” to advertise or market the establishment.

“This venture is not intended to harass or cause confusion with the Plaintiff, The Marietta Local,” state the filings submitted by attorney Douglas H. Flint of the Canton-based law firm Flint, Connolly & Walker on behalf of the Roses.

Flint’s filings go on to claim “the term ‘Local’ is a generic name that does not have any specific relation to the foods and services” provided by The Marietta Local, and dispute The Marietta Local’s claim to a proper trade name of “The Local,” adding that the honors the restaurant had won in past years were awarded to “The Marietta Local.”

Further arguments on behalf of Local on North dispute the two restaurants’ similarities. The Marietta Local, it points out, “is a breakfast and lunch eatery, closing at 2 p.m. every day” and “sells biscuits, fried chicken, and other Southern foods in a traditional kitchen atmosphere.”

Local on North, it continues, “caters to a lunch and dinner crowd in a relaxed but more fine dining atmosphere. It serves alcoholic drinks from a modern, designer bar every night and has music on weekend nights.”

The Marietta Local’s website lists a 2 p.m. closing time Mondays through Fridays and 2:30 p.m. on Saturdays. It opens at 8 a.m. all six days of its operations and it is closed Sundays.

Tidwell and the Roses declined to comment on the pending legal actions. Wirth did not return calls seeking comment.

In September 2013, the MDJ reported on the plans for a daytime eatery called “The Local” in the former location of Tommy’s Sandwich Shop, which closed in March of that year.

The Local held a soft opening in February 2014, serving about 150 meals, with Tidwell calling the opening day a chance for customers to try the menu and “put pressure on the kitchen.”

But in April 2015, in the MDJ’s coverage of Taste of Marietta the restaurant was referred to as “The Marietta Local.”

When asked by the MDJ on Thursday when the restaurant changed its name, Tidwell said it had been sometime before the April 2015 article.

“It was before that. I changed it immediately,” Tidwell said, but when pressed on the circumstances of the name change, he answered, “I don’t know that there were any,” and declined further comment, citing the legal dispute regarding the name.

A third business on the Square with a similar moniker, The Local Exchange, which is described as a modern-day general store, is not involved in the naming rights feud.

Why is the water in Decatur brown today?

Ferst Readers "An Afternoon with the Authors" coming up Feb. 23