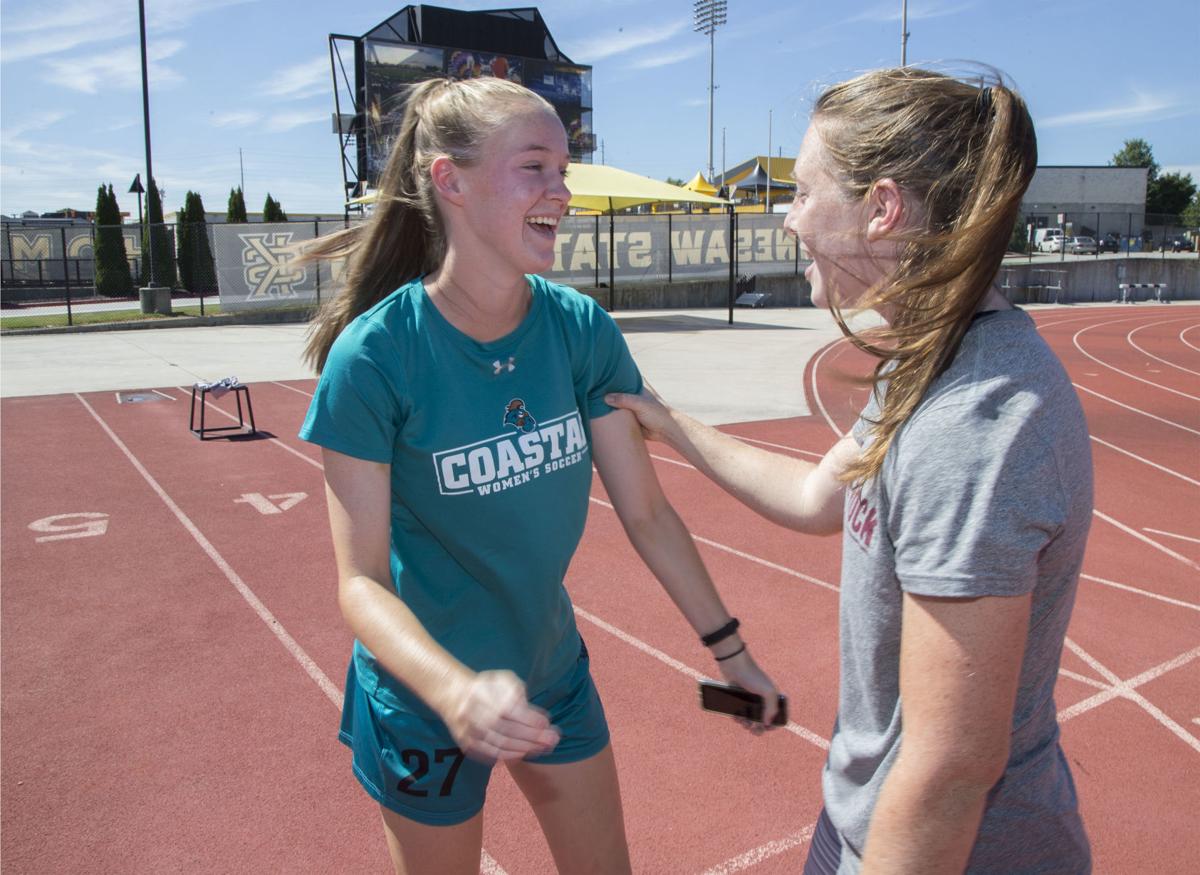 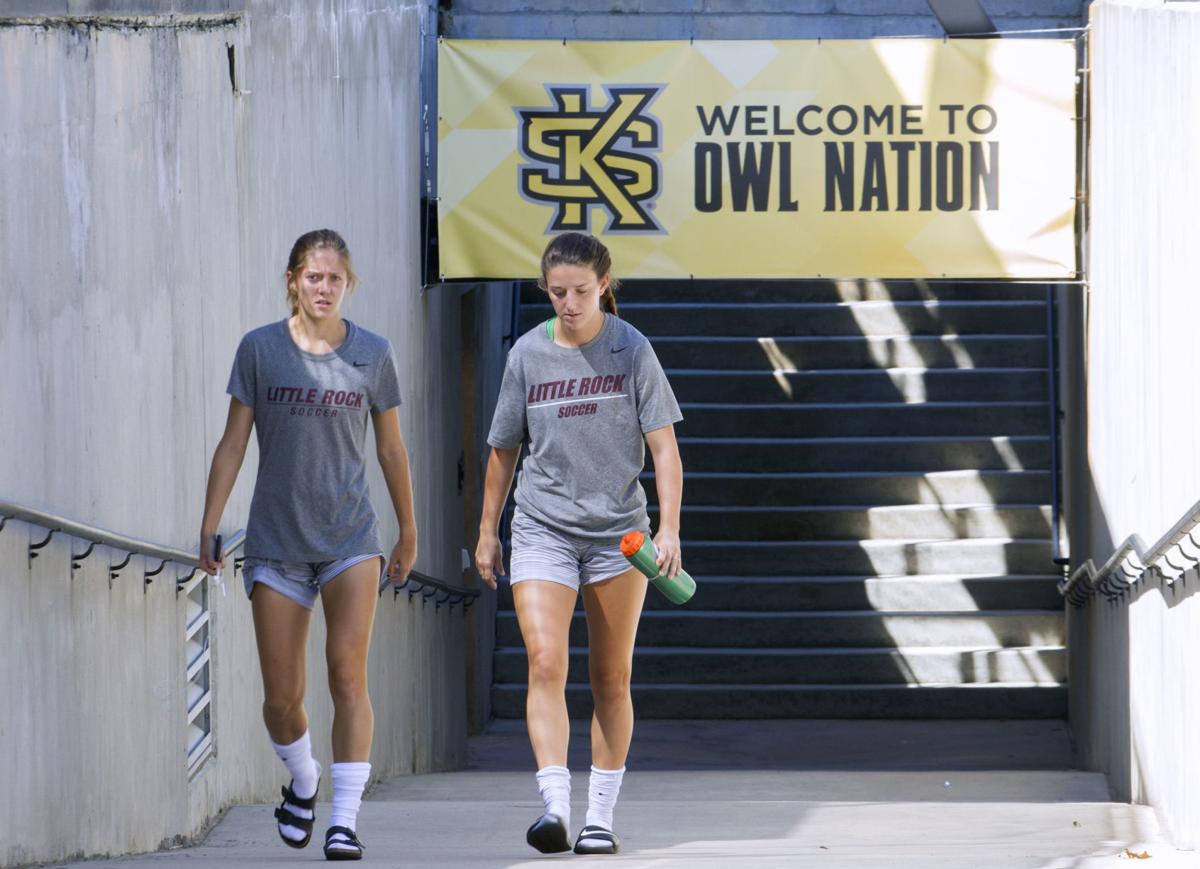 Arkansas-Little Rock soccer players Peyton Laughley and Sairra Tucker emerge from the tunnel at Fifth-Thirds Bank Stadium on Friday as they prepare to play their schedule soccer match against Coastal Carolina. The game was moved to KSU due to Hurricane Florence. Staff-Kelly J. Huff 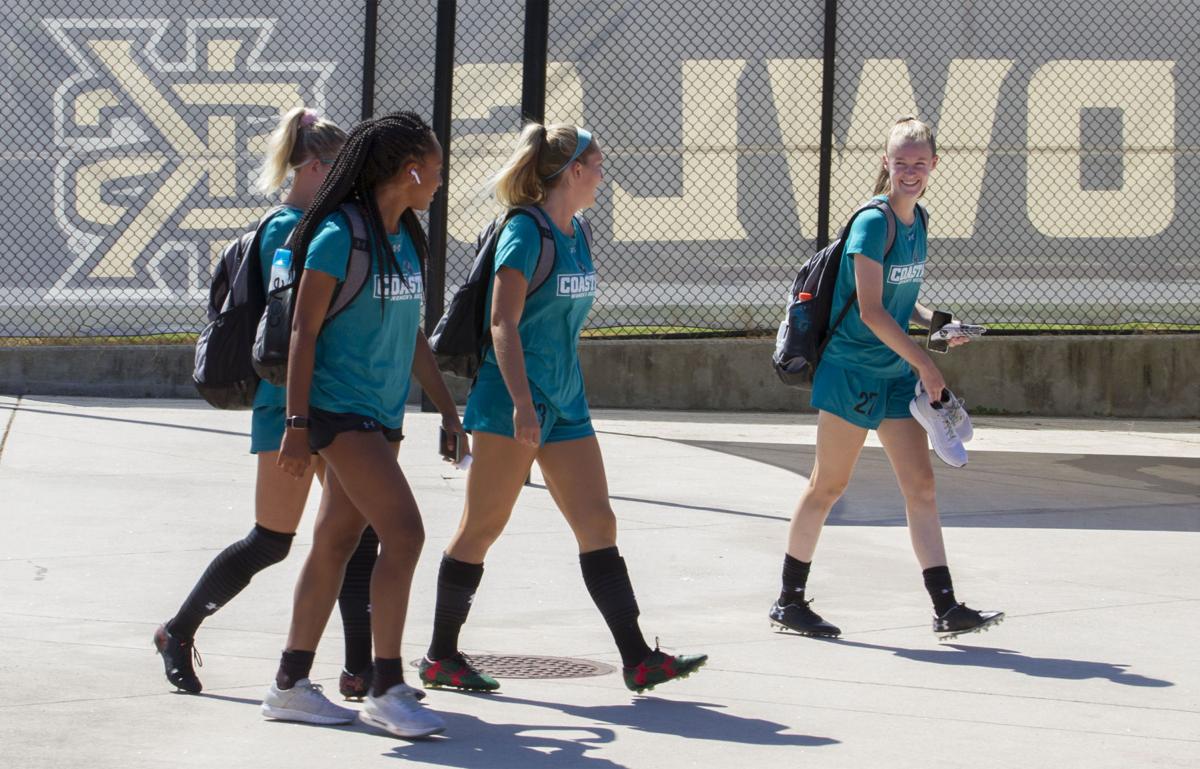 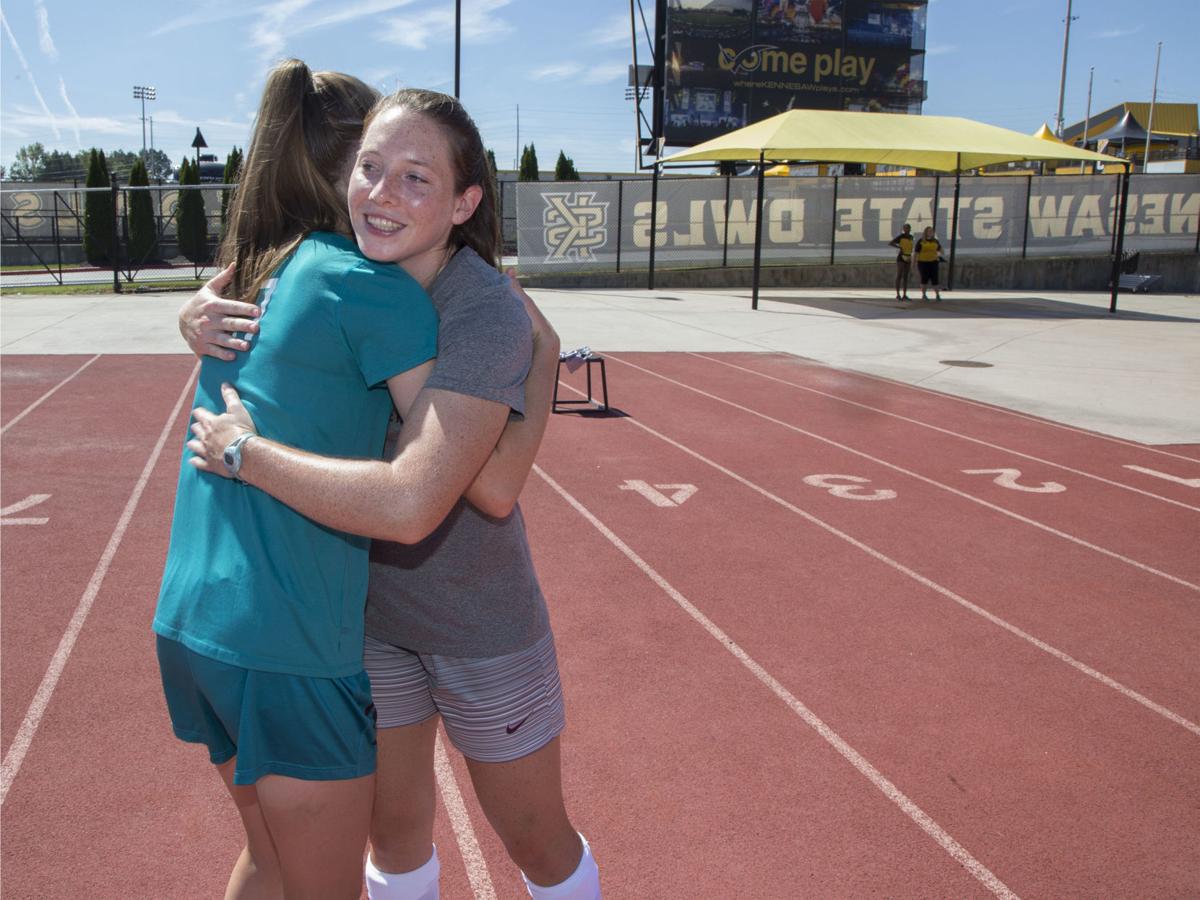 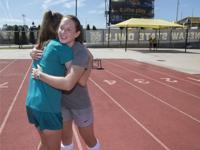 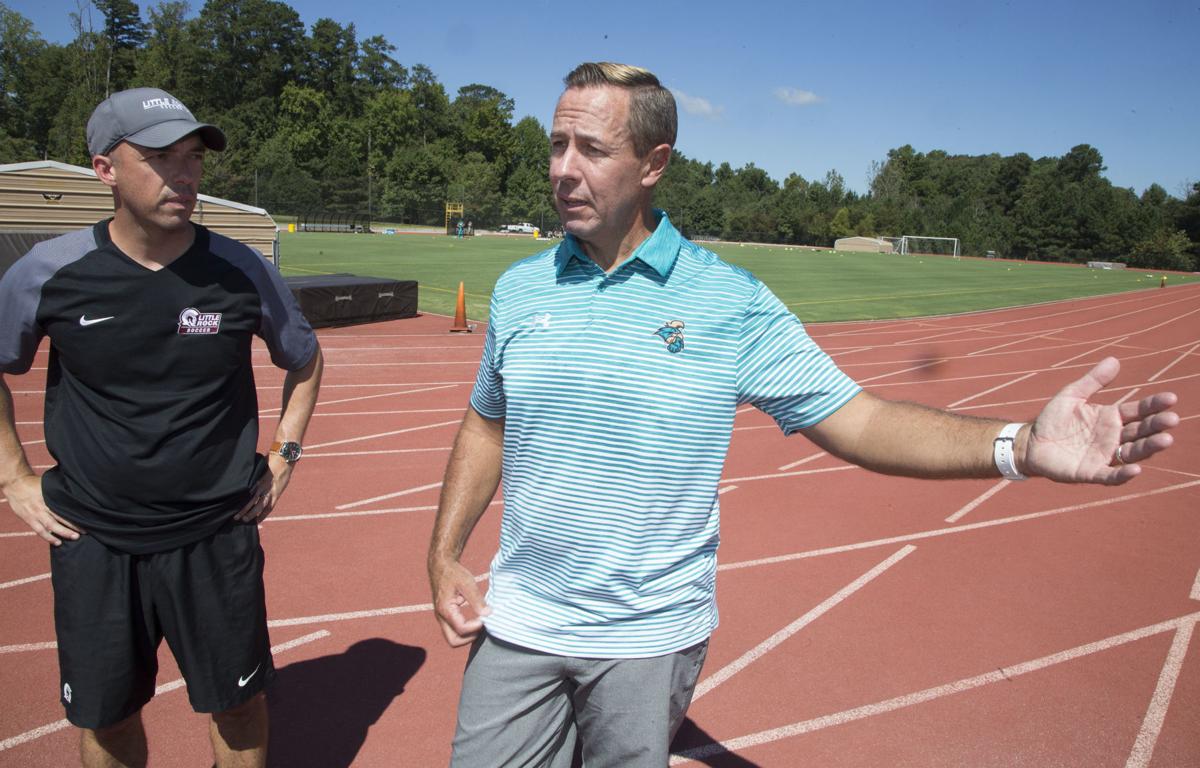 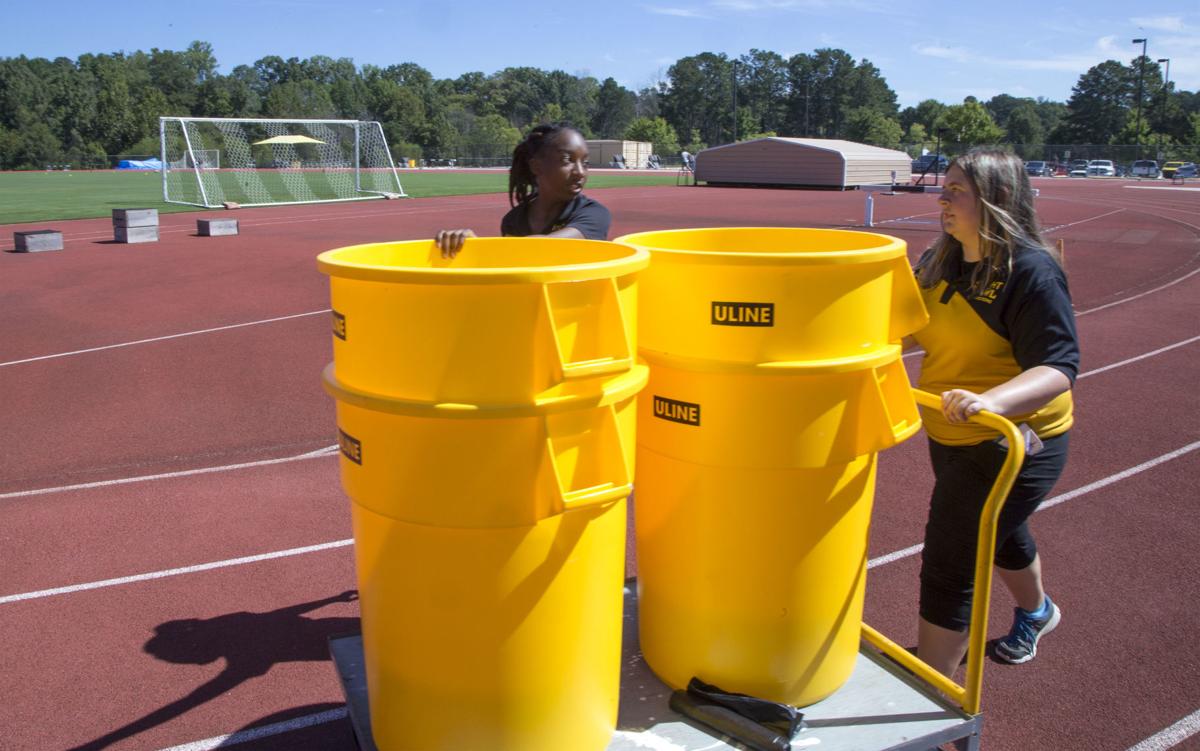 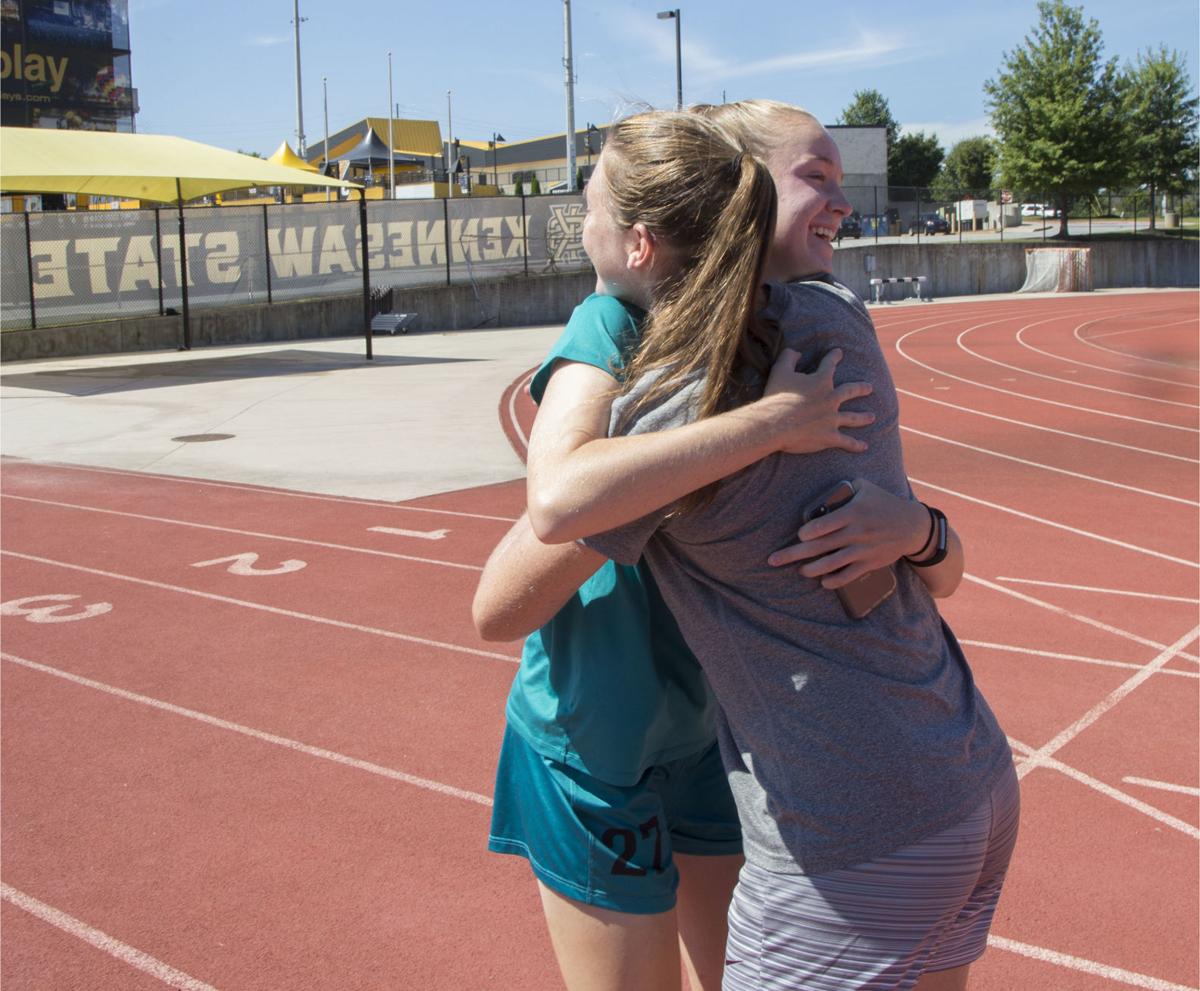 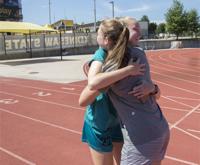 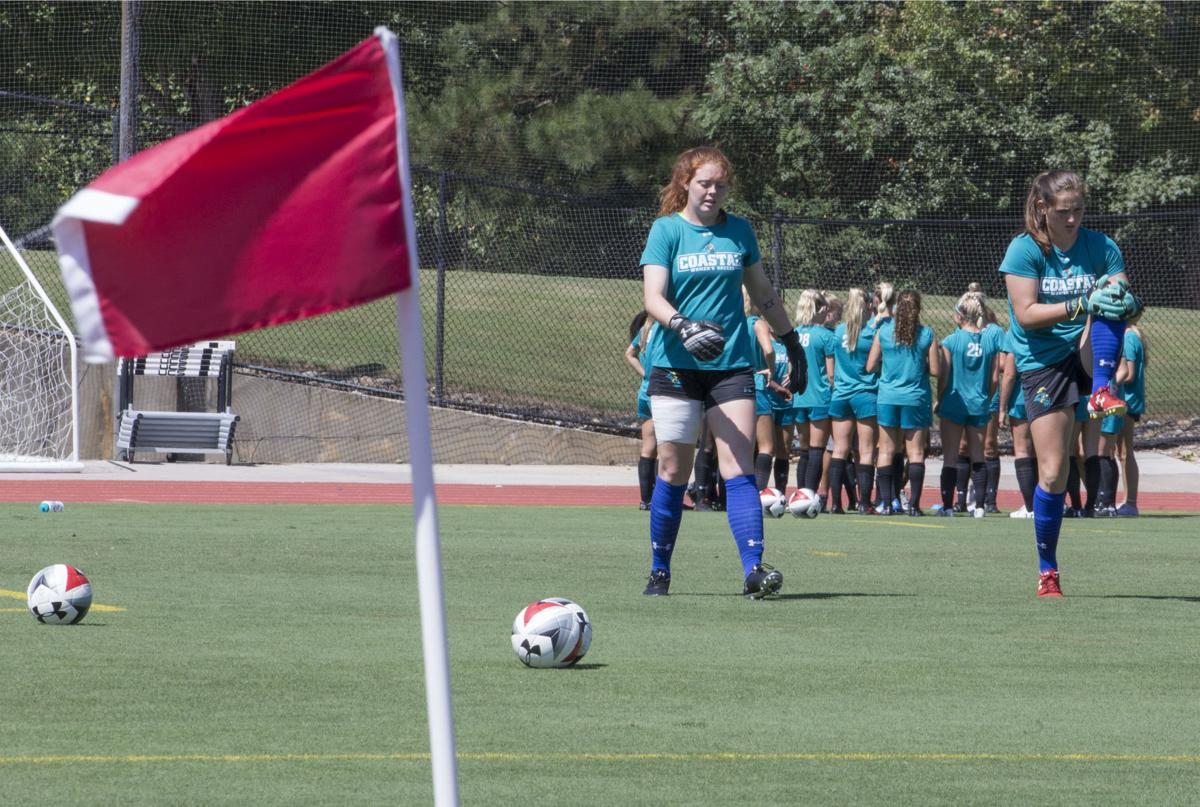 Coastal Carolina goalies Rylee Atteberry and Evan Knapstein warm up for their match with Arkansas-Little Rock on Friday at o the Kennesaw State University track and field complex. Their match was relocated to KSU due to Hurricane Florence. Staff-Kelly J. Huff

Arkansas-Little Rock soccer players Peyton Laughley and Sairra Tucker emerge from the tunnel at Fifth-Thirds Bank Stadium on Friday as they prepare to play their schedule soccer match against Coastal Carolina. The game was moved to KSU due to Hurricane Florence. Staff-Kelly J. Huff

Coastal Carolina goalies Rylee Atteberry and Evan Knapstein warm up for their match with Arkansas-Little Rock on Friday at o the Kennesaw State University track and field complex. Their match was relocated to KSU due to Hurricane Florence. Staff-Kelly J. Huff

Coastal Carolina University’s women’s soccer team was supposed to host the University of Arkansas at Little Rock this week. But the game could not be played in South Carolina as students evacuated and the campus closed ahead of the hurricane’s arrival.

Instead, Coastal Carolina’s soccer team sought refuge in Cobb, where they took on the ladies of Little Rock at Kennesaw State University’s track and field facility.

The game brought together two former Creekview High teammates who hadn’t seen each other in years.

Samantha Rolka and Mackenzie Cherry, Canton natives who play center back for their respective teams, hugged each other as they caught up before kickoff.

“When did you get taller than me?” Rolka, a junior for Little Rock, asked the Coastal Carolina freshman.

Neither of the players expected to be home in mid-September, but both said it was nice to see their families and invite their loved ones to the afternoon game.

Paul Hogan, Coastal Carolina’s head coach, said he received a call from his athletic director Sunday evening telling him to get his team out of dodge.

He called up several schools looking for somewhere to play the match, eventually emailing Benji Walton, the head coach of KSU’s women’s soccer team, who invited the team to Kennesaw.

“I’m grateful they were willing to host us,” he said of KSU. “They’ve been first-class the entire way. It’s been super easy for us to get here, get onto a great field and play our match.”

Coastal Carolina would end up winning the game, scoring in the 76th and 82nd minutes to claw their way back from a 1-0 deficit.

Hogan said his team has been glued to the Weather Channel website since they left, unsure of when they’ll be able to make the journey home or what they might return to.

“The biggest thing is flooding. That’s the biggest issue trying to get back is roads closing,” Hogan said. “But we’ve been through storms before so I think they’re pretty well prepared.”

“When there’s a storm like this going on, soccer’s not the most important thing,” he said. “Paul’s family, his team and the Coastal Carolina folks — their safety is most important. Once they were safe and happy to play, we were happy to be here.”

Foster said what goes around comes around, and if the Owls ever find themselves stranded in Arkansas, they have a place to go.

Zack Kerns, executive director and general manager of KSU’s sports and entertainment park, said the school was delighted to host the teams for their conference match.

“They’re taking very seriously the safety of their faculty, staff and students,” Kerns said of the first evacuation match played at KSU. “We would do the exact same thing, so we’re really glad to help them make that decision easier.

“It’s nice to be home,” she said. “I got to visit my family yesterday.”

But her thoughts were back in South Carolina with those who decided to stay behind as Florence made landfall.

“There’s a mandatory evacuation so most people left, but it’s hitting us right now,” she said. “We won’t know the extent of the damage for a while so we’re just waiting to see how bad it really is.”

Rolka, whose family planned to attend the match anyway, said the decision to hold the game at KSU shaved hours off their commute.

“It’s my first time home in a couple months,” she said, praising KSU for stepping up and making their facility available for the evacuated soccer team.

Her mother, Lisa Rolka, who works for Emory Healthcare, said it was nice of Kennesaw State to host the game so it didn’t have to be rescheduled after the hurricane.

And having her daughter home for the weekend is an added bonus, she said.